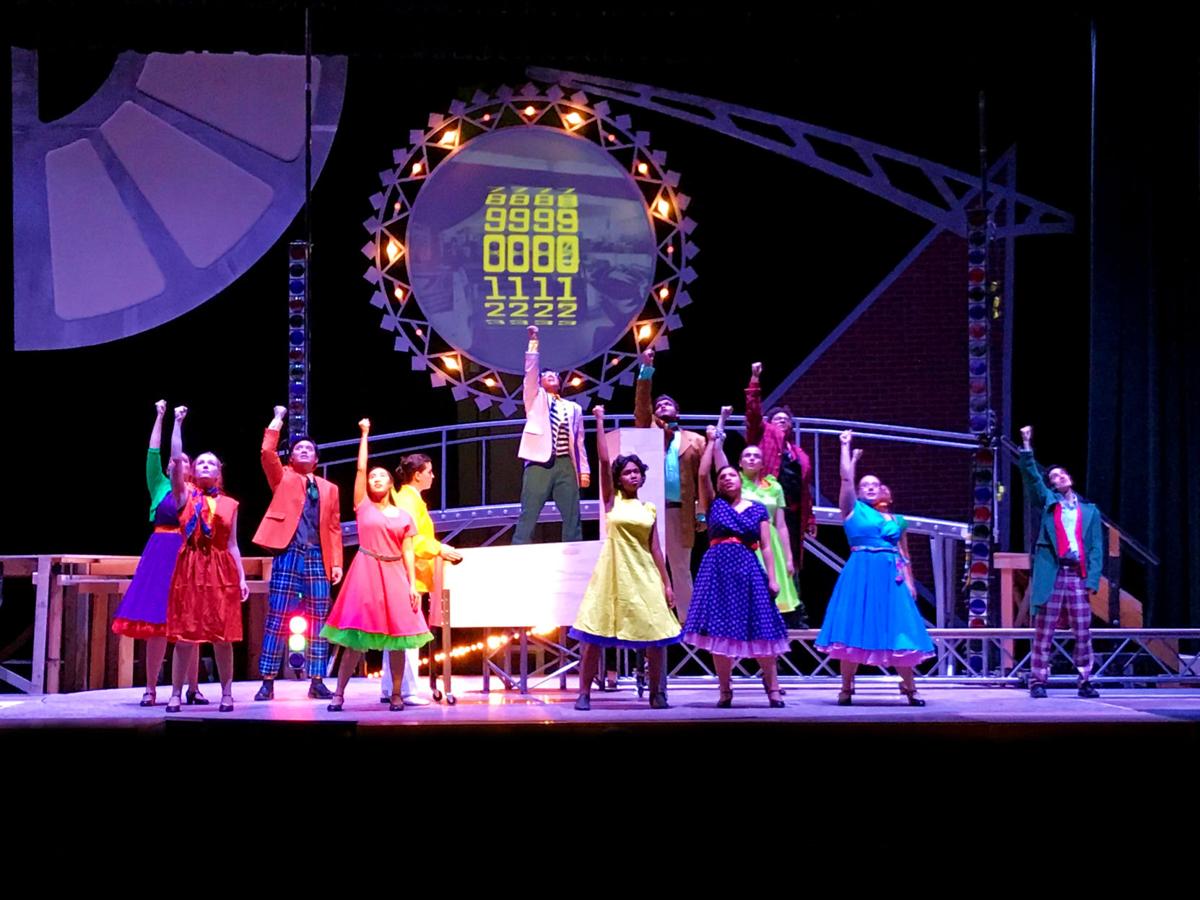 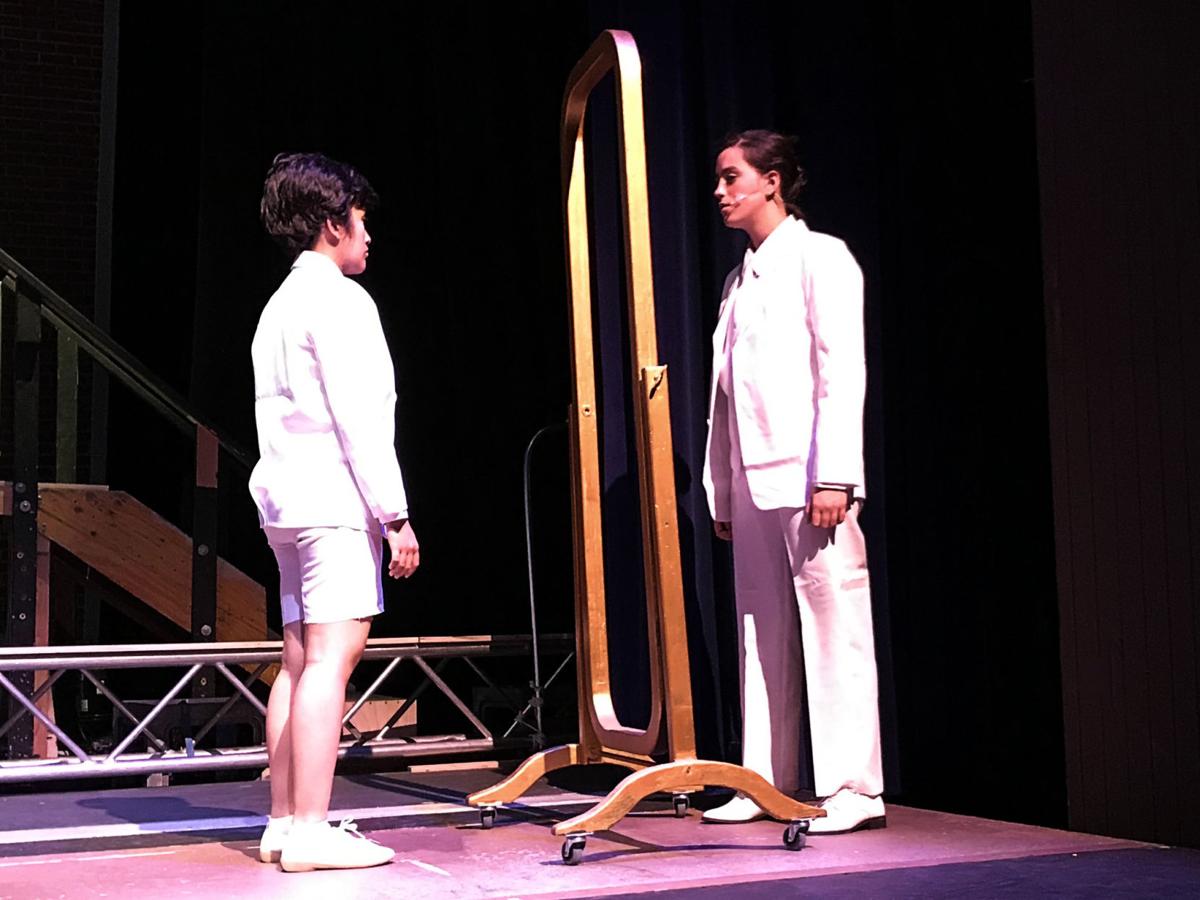 Tommy as a child (Yasmin Marcelo), left, and adult (Natalie Love) look at each other in the mirror in a scene from "The Who's Tommy" playing at Cal State Bakersfield. 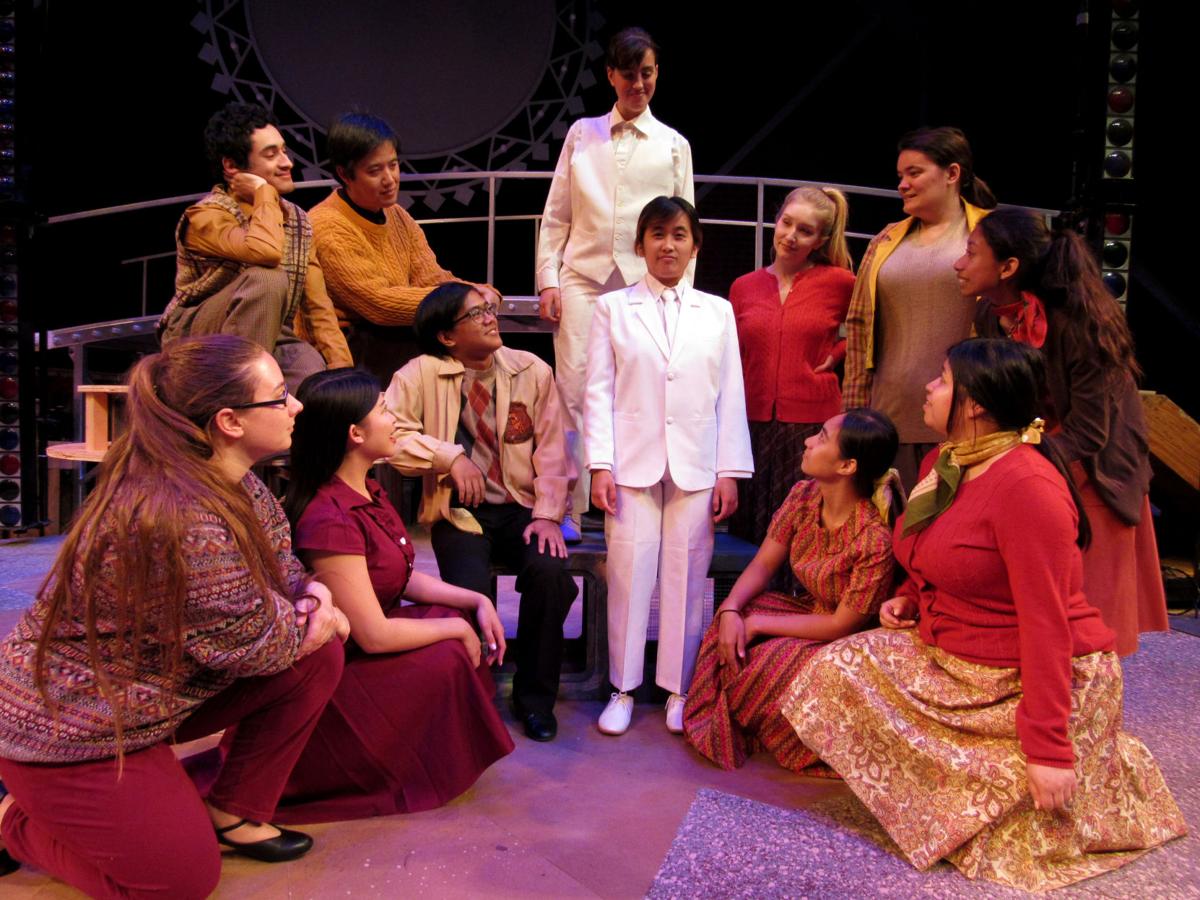 Tommy as a child (Yasmin Marcelo), left, and adult (Natalie Love) look at each other in the mirror in a scene from "The Who's Tommy" playing at Cal State Bakersfield.

The goal of any theatrical production at a university is to educate and provide experience for students. When that show happens to be the greatest rock opera of the 1960s, well that's better than the highest pinball score.

On Thursday, Cal State Bakersfield launches its ambitious take on "The Who's Tommy," based on the band's popular 1969 concept album, which was made into a film in 1975.

Director Mandy Rees, who is also CSUB's theater coordinator, said this is a great musical experience for students.

"There are multiple juicy parts for people to play," she said, noting some actors play multiple roles. "It's not two soloists and the rest of the cast sits in the back. I've been in plays like that. They're not as educationally advantageous."

Those interested in pursuing performance must work on being a "triple threat," Rees said, working on their acting, singing and dancing skills.

"They learn dance steps, how to breathe, how to harmonize," she said. "Also musicals demand that you work together. There's a lot of moving together, singing together, listening to one another."

Of course, there's no reason that an educational experience shouldn't also be fun and this show definitely is with an eight-piece band featuring musical direction by Michael Crider.

"Of course 'Pinball Wizard' is a favorite. I also look forward to hearing 'I'm Free' every night, but I enjoy the whole score."

A fan of The Who — who saw the band last fall at the Hollywood Bowl — Rees said taking the music she loved and bringing it to life on stage was a challenge.

"Listening to an album is one thing. Figuring out how all the pieces fit together was brand-new to me."

For those unfamiliar with the story, after a traumatic incident in his childhood, Tommy is stricken deaf, mute and blind. His parents (played by Katlyn Charter and Johann Ma) struggle for answers, and leave him in the care of an abusive uncle (Jacob Atlai Cota) and bullying cousin (Ty Halton). On a fateful trip to a youth club, the young man finds success playing pinball, eventually becoming a "pinball wizard." After being able to restore his senses, he gains a following playing pinball and tries to connect with his fans with a varying level of success.

Rees noted a young woman playing the male role — much like Peter Pan being played by a woman — required a harder range for the performer.

"It hasn't been done often."

Along with major production values — with choreography by Marvin Ramey, costumes by Roger Upton, set and lighting design by Chris Eicher and media design by James Dethlefson — the show has an important message, Rees said.

"It's a story about accepting yourself, healing from a difficult past — in this case trauma and abuse — being able to overcome it, heal and forgive."

"'I'm Free' is about being free of being shut down from trauma, coming out of that trauma and moving forward in your life."

(Because of its adult themes of abuse and bullying, the show is not recommended for children.)

Rees also said she expects more people will soon be talking about the musical, which is set to return to Broadway next year.

Note: Based on mature themes, the show is not recommended for children