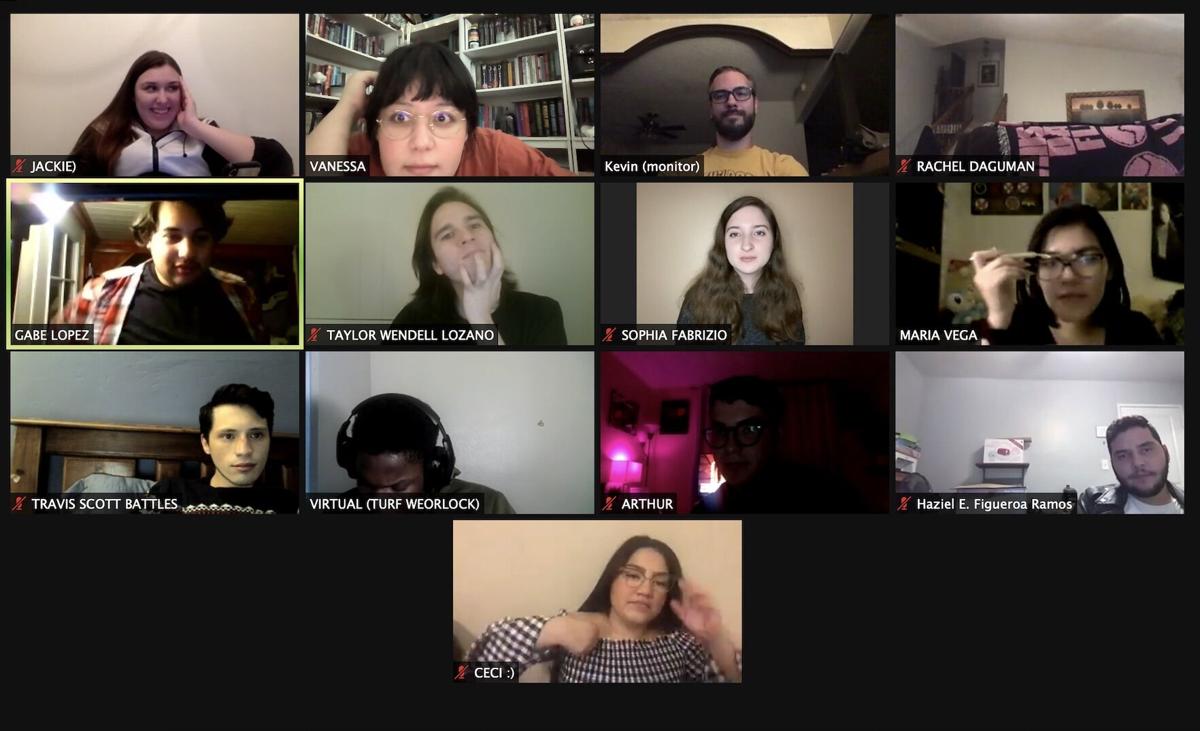 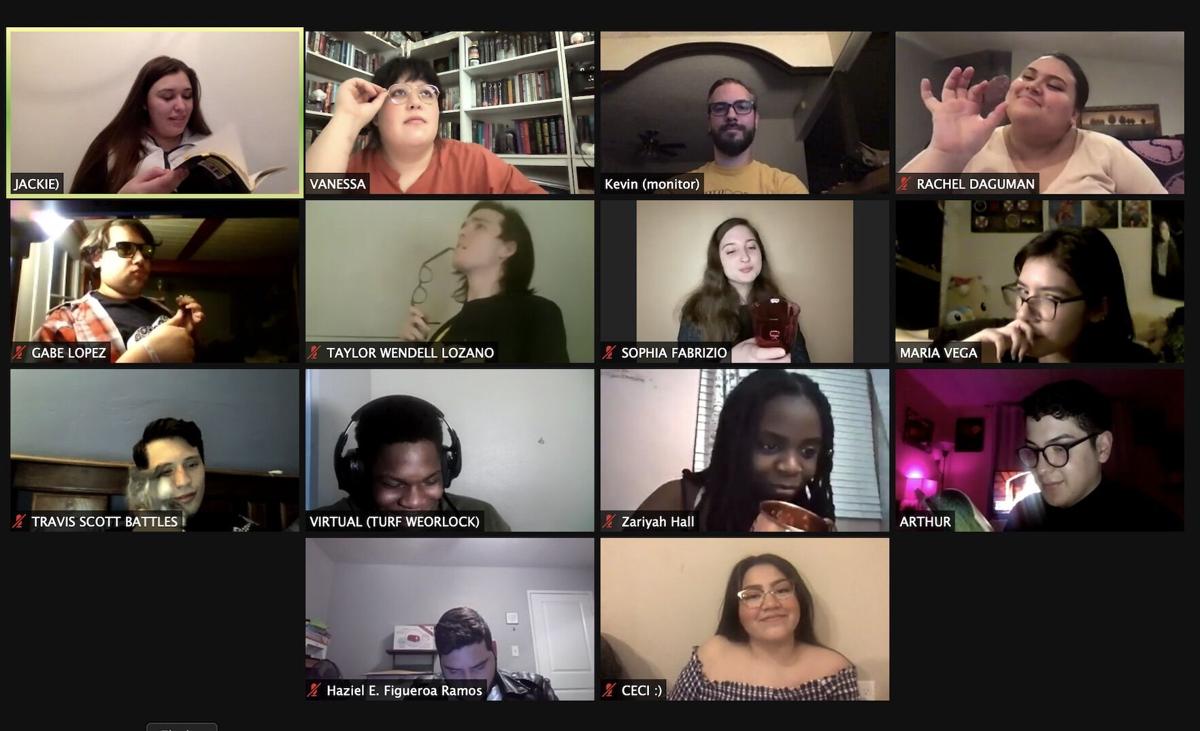 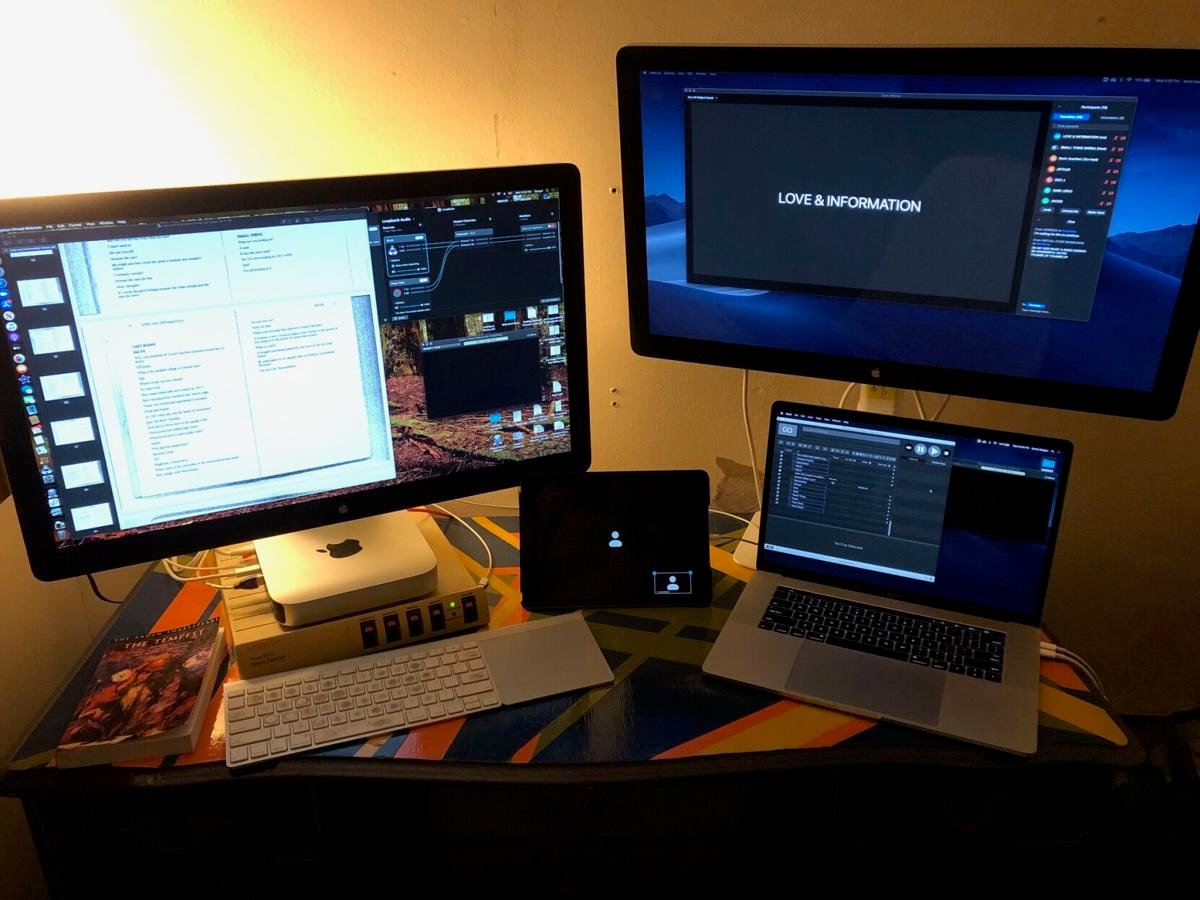 Bakersfield College technical director Kevin Ganger has quite the setup in preparation for this week's production of "Love and Information." 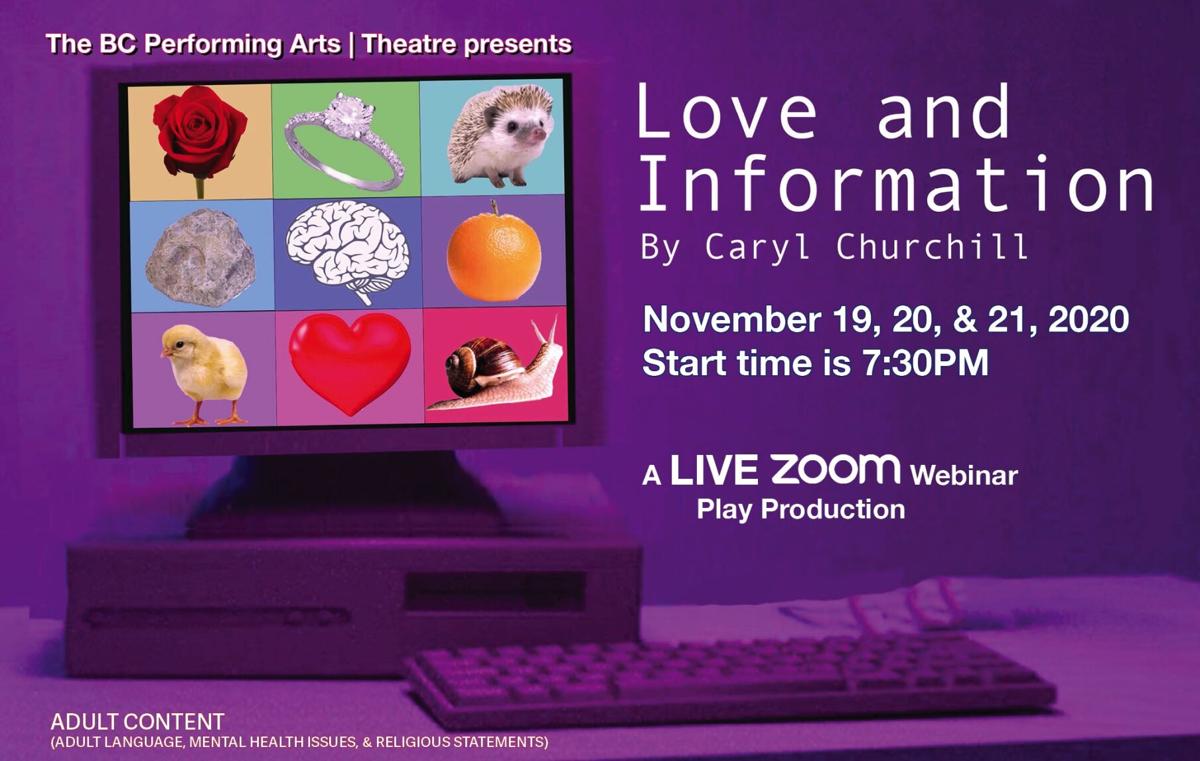 Bakersfield College technical director Kevin Ganger has quite the setup in preparation for this week's production of "Love and Information."

In a year where nothing seems to have gone as expected, a play with complete flexibility sounds like just the right form of entertainment. Bakersfield College is presenting "Love and Information," a "theatrical kaleidoscope" on Zoom this week.

"She's always been so innovative with her play structure and writing," Chin wrote in an email. "'Love and Information' is made up of 7 sections with each section containing 7 stories except for the last, we have 8. So, 50 scenes and many are written like poems with most of them containing very little punctuation and only two scenes have characters with an actual name."

Themes and topics addressed in the play include various forms of love and the brain (information), social and political issues, the digital age, as well as mental health and religious themes.

Chin said that it took a week of rehearsals just to cast the various roles and several more to analyze each scene.

With scenes written in a poetry format and the option for the director to add "random" moments to the play, this show had a lot for performers to unpack, Chin said. She is proud of her cast for being adventurous and brave in taking on the challenges of a live virtual play.

"My students are amazingly talented and fearless," she wrote. "My admiration for them has grown immensely throughout the rehearsal process.

"Many of them are juggling classes, work, social/family life, and health issues. They've struggled with shoddy internet connection and getting the support of their family members and/or roommates to coordinate with the dress rehearsals and fingers-crossed with the performances for them to not accidentally make an appearance in the show (visual and/or audio) and to not compromise the Wi-Fi connection during the performances."

The show costs nothing to view in order to give everyone access to the unique theatrical experience, Chin said.

A virtual lobby will open at 7:15 p.m. with a preshow allowing viewers to get settled in to view the performance online, which should run about an hour and 40 minutes with one five-minute intermission. Viewers are encouraged to watch the performance in a full-screen format.

"Love and Information" will be presented at 7:30 p.m. Thursday through Saturday. Admission is free; register in advance at bakersfieldcollege.edu/event/love-and-information. Note: The show features some adult content, including adult language and religious statements.