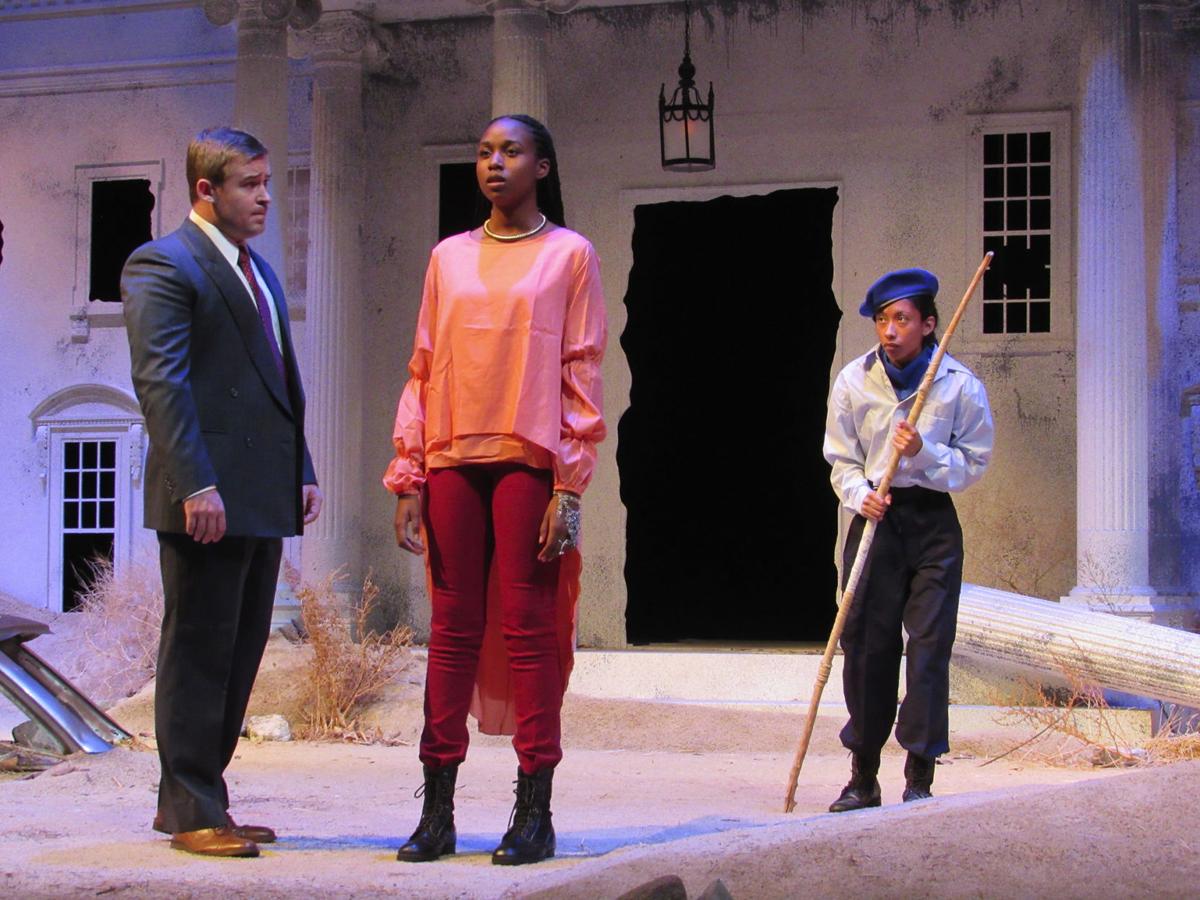 Kreon (Brian Purcell), king of Thebes, speaks with his niece Antigone (Avery Gibson) as a guard observes them in a scene from "Antigone" playing this weekend at Cal State Bakersfield. 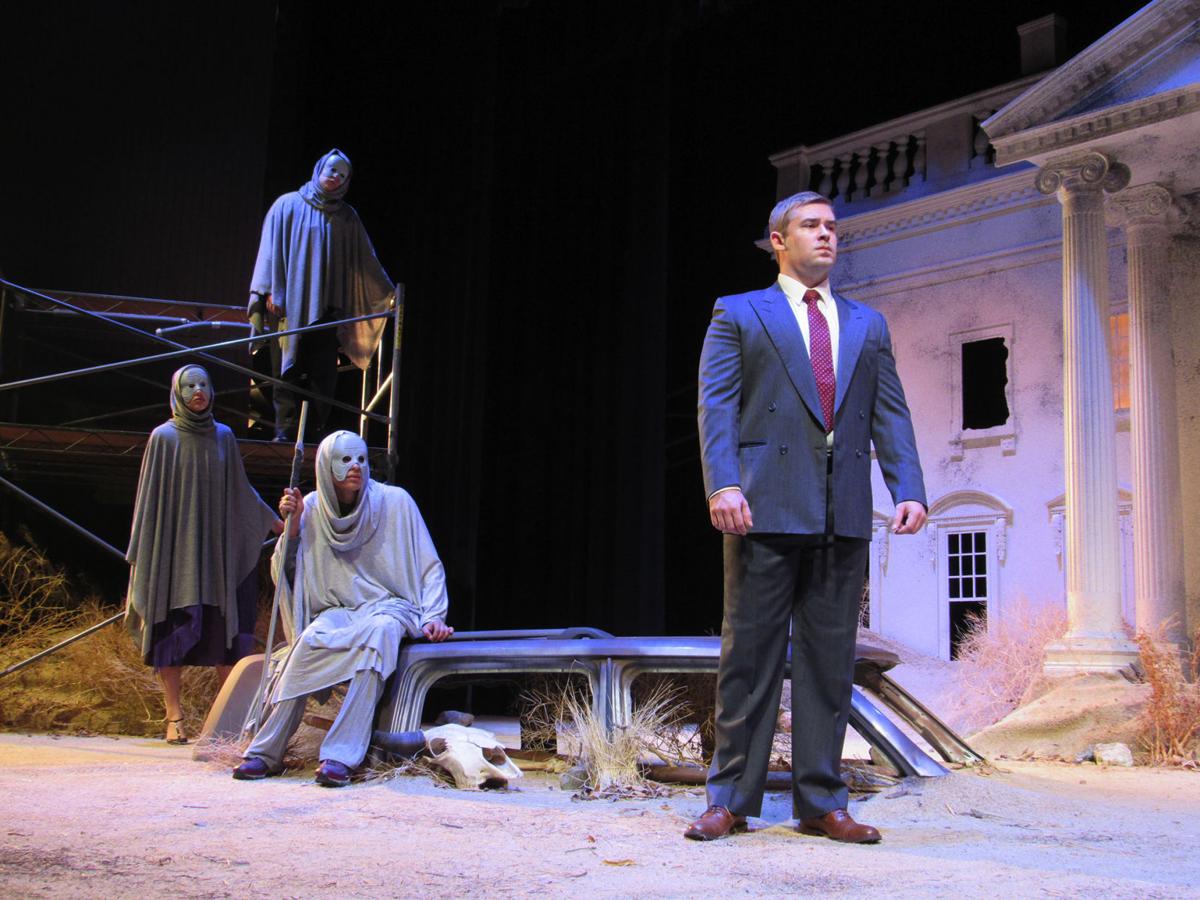 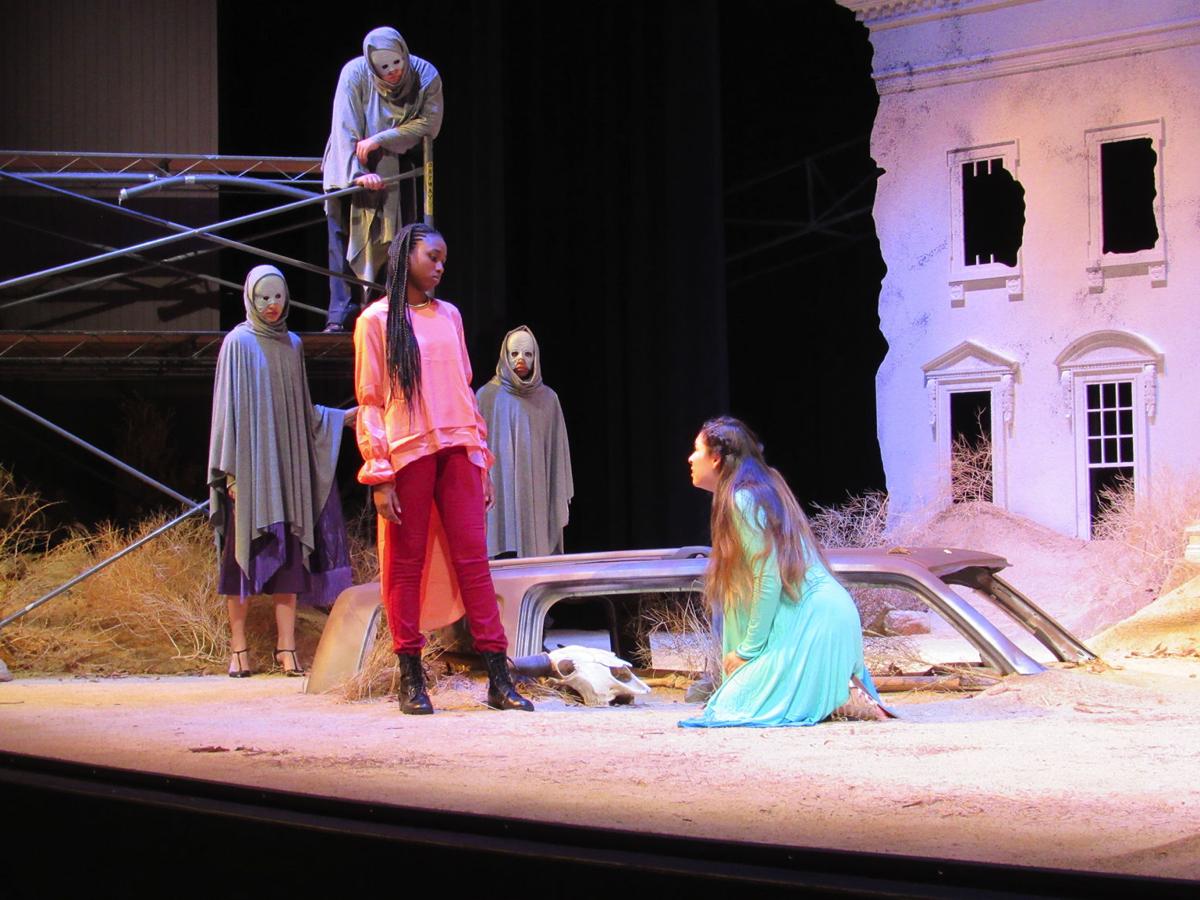 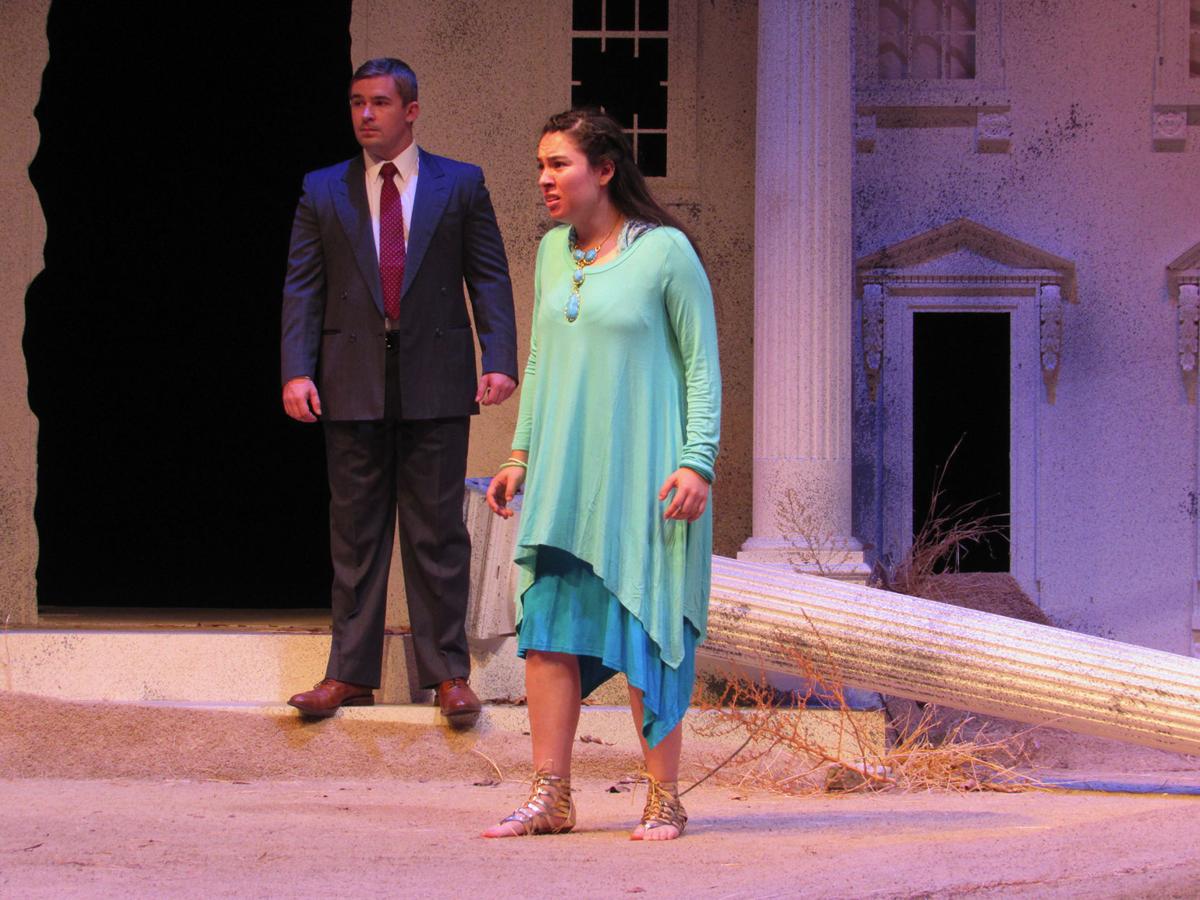 Kreon (Brian Purcell), king of Thebes, and his niece Ismene (Maya Blackstone) learn of Antigone's defiance in a scene from "Antigone" playing this weekend at Cal State Bakersfield.

Kreon (Brian Purcell), king of Thebes, speaks with his niece Antigone (Avery Gibson) as a guard observes them in a scene from "Antigone" playing this weekend at Cal State Bakersfield.

Kreon (Brian Purcell), king of Thebes, and his niece Ismene (Maya Blackstone) learn of Antigone's defiance in a scene from "Antigone" playing this weekend at Cal State Bakersfield.

When does a tragedy of ancient Greece feel as relevant as the struggles we still face today? When it's "Antigone," on stage this week at Cal State Bakersfield.

Director Dave Peterson, who is an assistant professor at the university, said he connected with the play reading it as an undergraduate.

He wrote in an email, " ... It may be over 2,000 years old, but I think it deals with some fundamental problems we wrestle with today. What do you do when you think the law is wrong? What is at risk if we all follow our own rules instead of the law?"

With Anne Carson’s “beautiful, yet sharp translation” of Sophokles’ play, he was ready to take on the tale focusing on a young woman, Antigone (Avery Gibson), who commits to give her rebel brother a proper burial. That decision is in defiance of her uncle Kreon's (Brian Purcell) decree that Polynices remain unburied on the battlefield. Her decision, and the aftermath, provide the show's dramatic thrust.

"This is the story of young woman who does what she thinks is right in spite of tremendous opposition, and a ruler who wants order over anarchy but is equally sure of his opinion," Peterson wrote. "We get to watch an unstoppable force collide with an immovable object."

Peterson said the classics have endured because they still have something to share with us.

"'Antigone' comes at a moment when people were wrestling with early democracy (albeit a sexist, racist, and elitist democracy), and we still are dealing with the same issues as we map our own representative government. Not many of us pray to the Greek gods, but we are very concerned with how we reconcile an individual's beliefs with the laws of the land."

For those who want to dig deeper into the story, there will be pre-show discussions held one prior to the performance in the Albertson Room.

"We think the play is easily accessible to a campus and community audience, but the pre-show talks help us zoom in on some of the ethical debates happening in the play," he wrote. "We hope that people find they enrich their experience of the play."

Peterson said he hopes Bakersfield's theater lovers turn out for the pre-show discussion and the performance during the show's run this weekend.

When: 8 p.m. Thursday, Friday and Saturday, 2 p.m. Sunday; pre-show lecture one hour prior in Albertson Room