You have permission to edit this article.
Edit
Home
News
Sports
Marketplace
Bakersfield.com
1 of 9 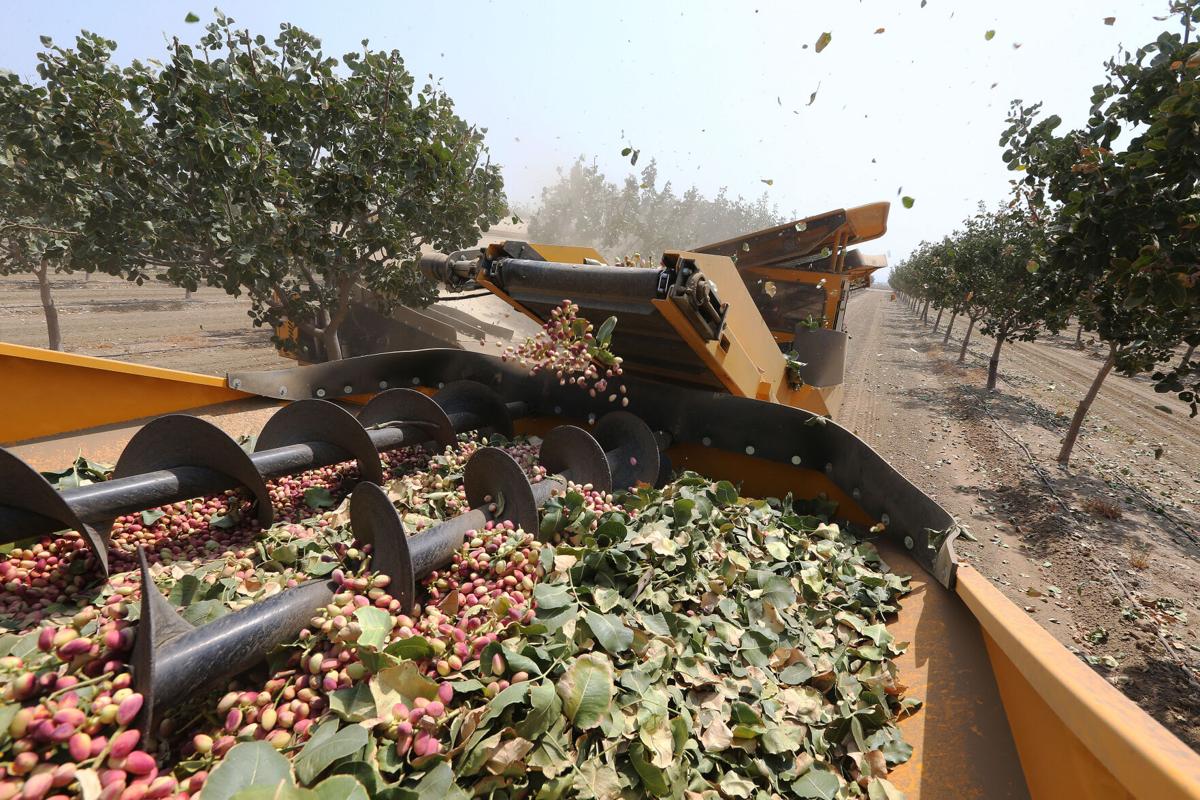 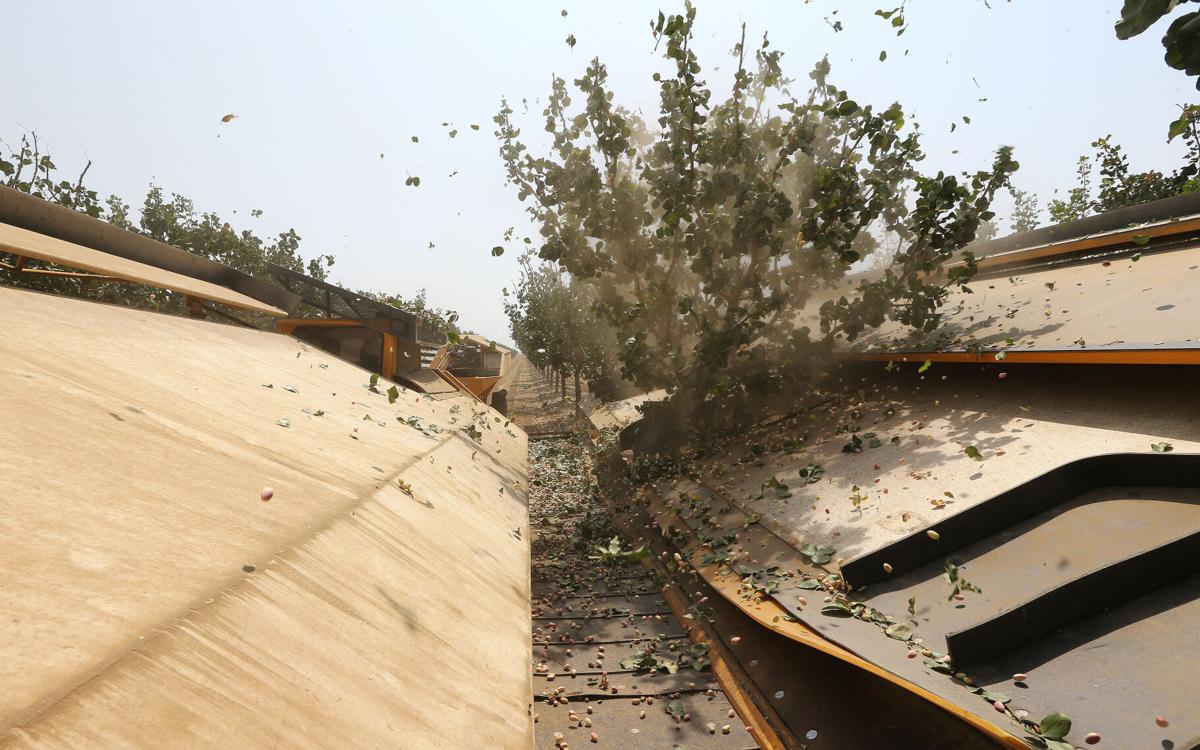 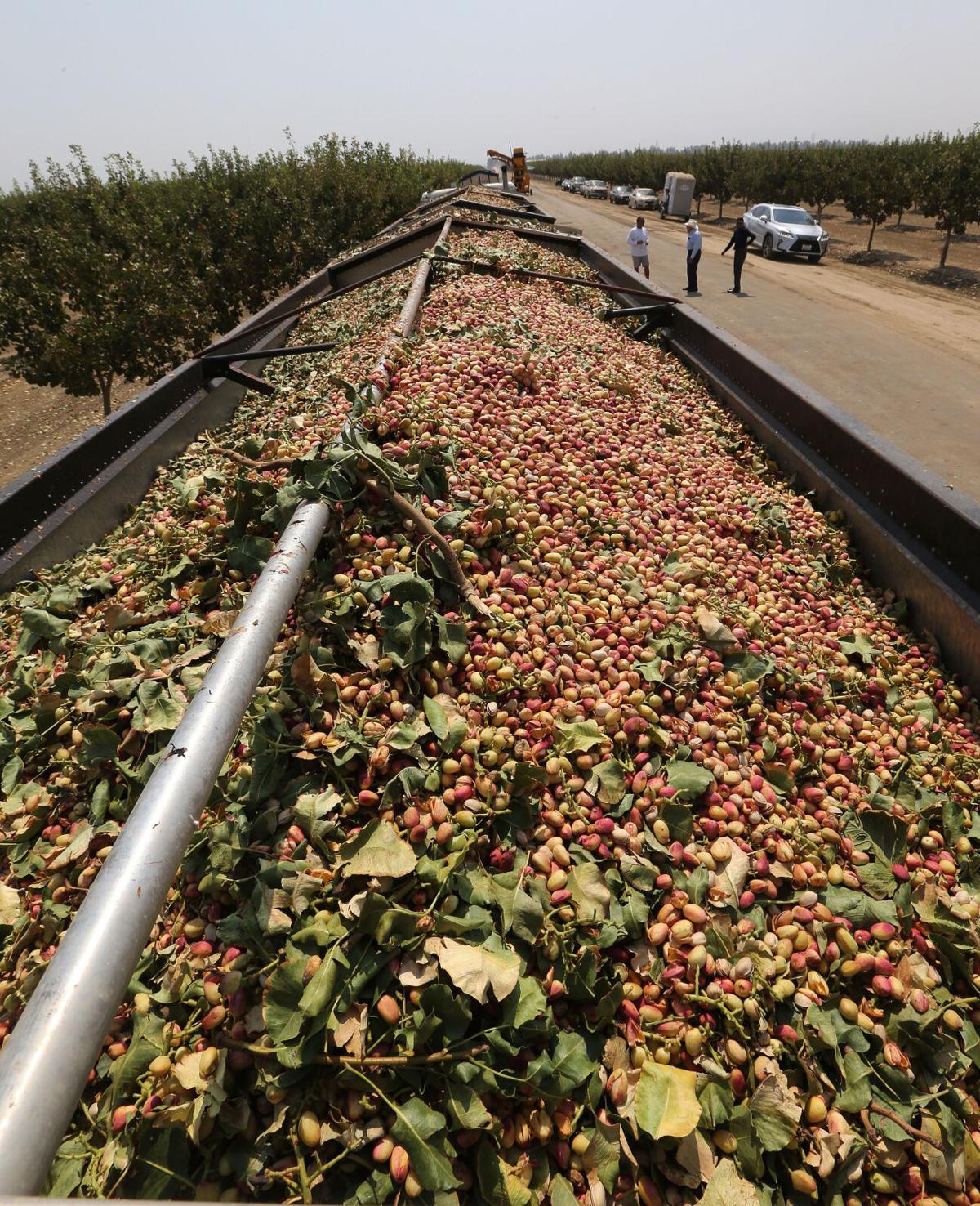 A semi-truck carrying two full trailer loads of pistachios is prepared for travel to Setton Farms for grading and processing. Contractors harvest pistachios at Jean Laborde Farm off Teale Road Thursday afternoon. Laborde farms 630 acres and has 96,000 trees in his second year of harvest. 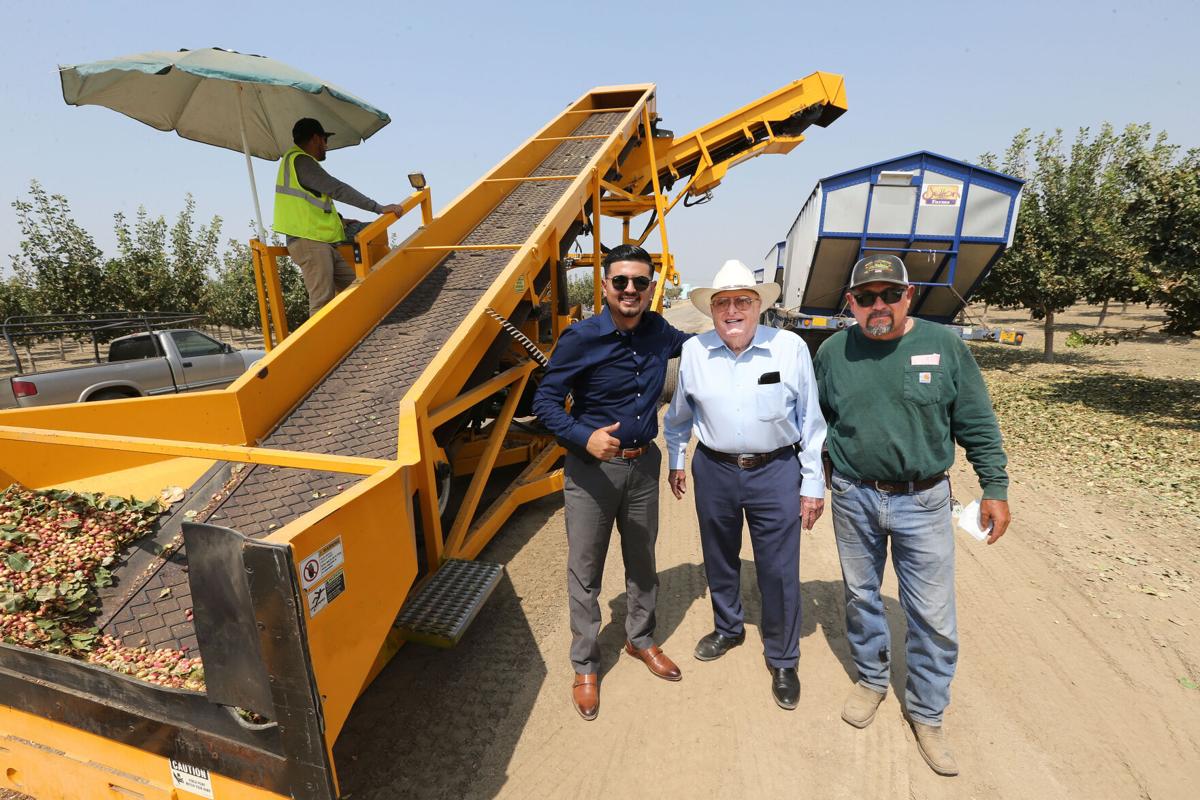 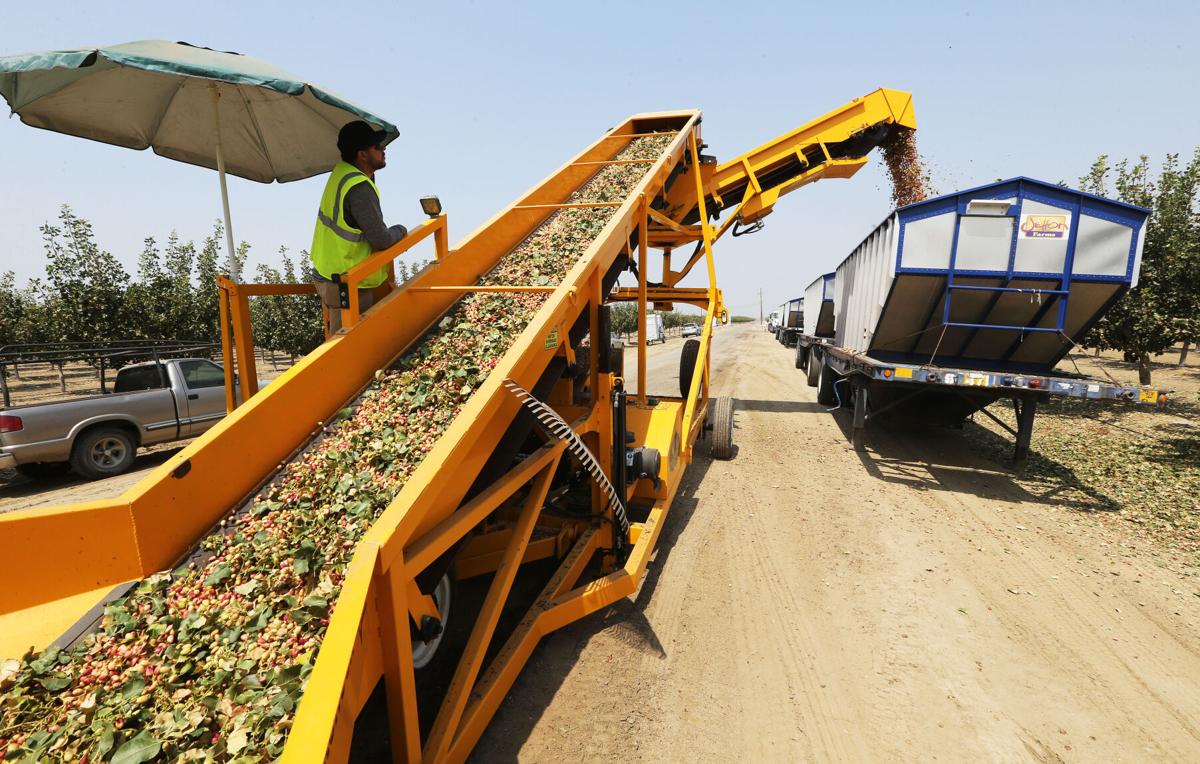 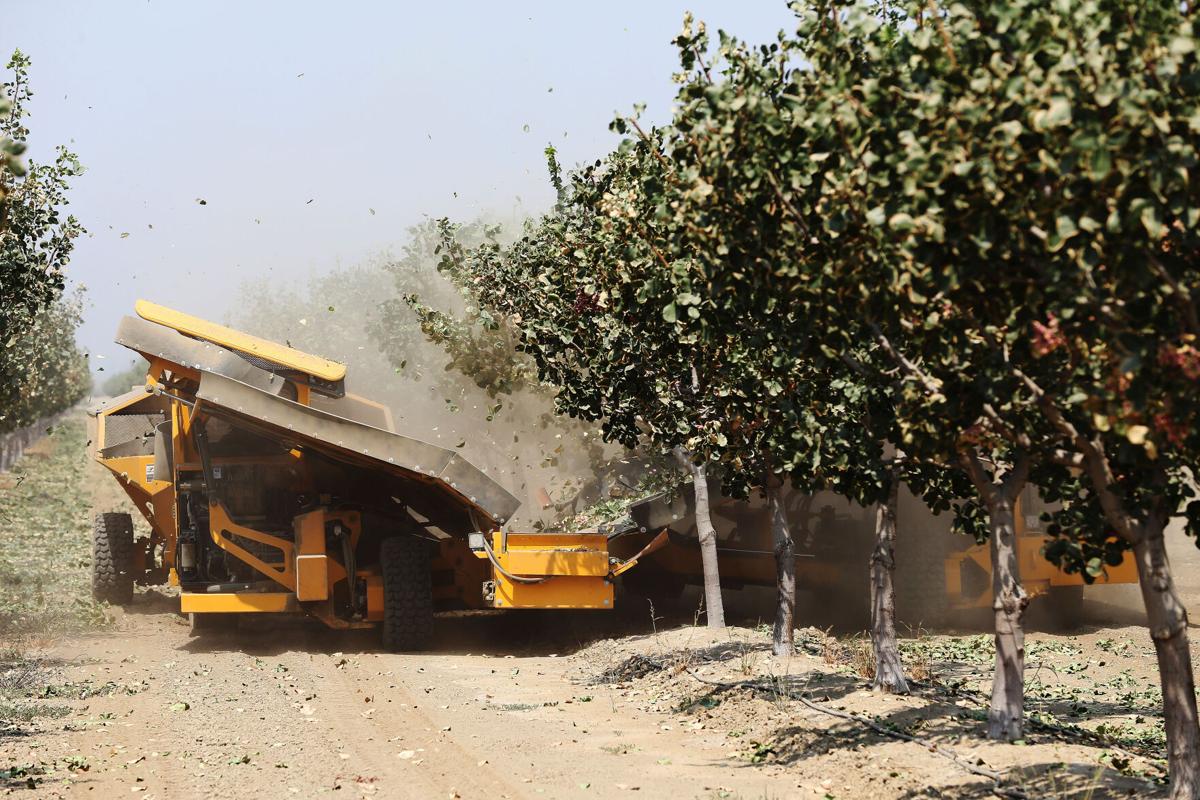 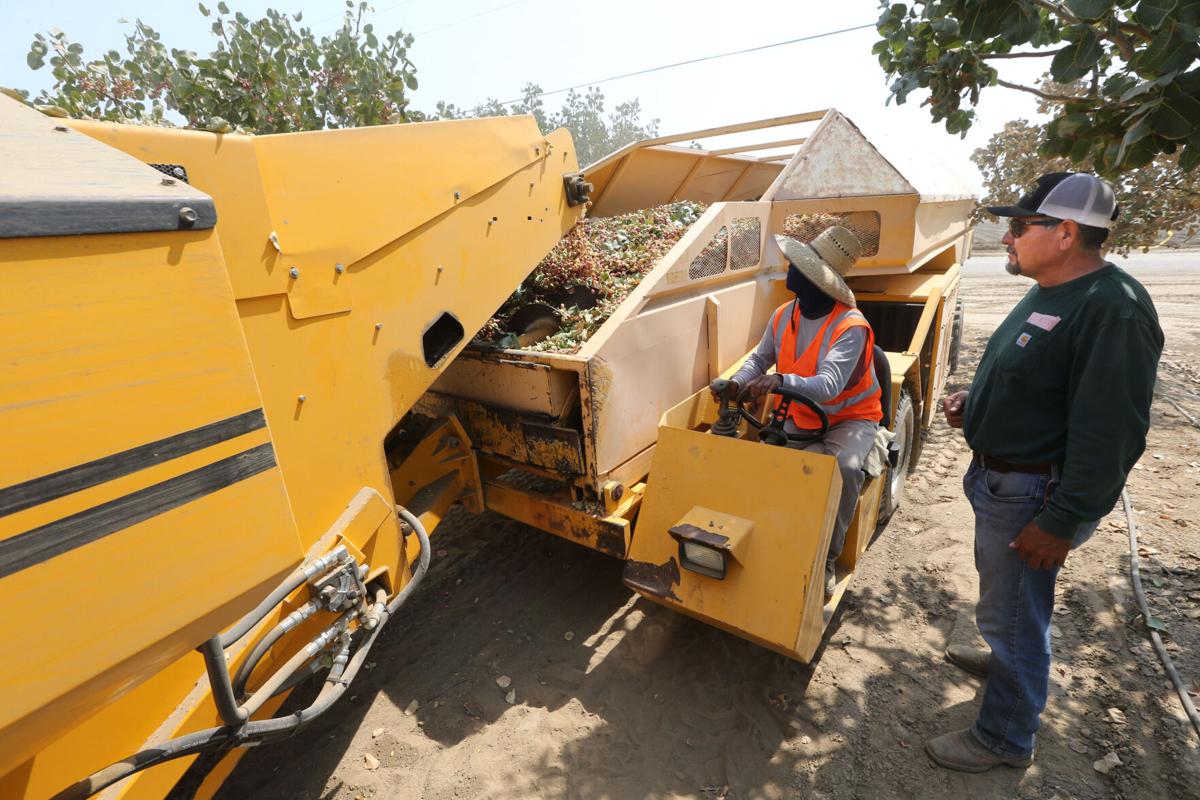 A semi-truck carrying two full trailer loads of pistachios is prepared for travel to Setton Farms for grading and processing. Contractors harvest pistachios at Jean Laborde Farm off Teale Road Thursday afternoon. Laborde farms 630 acres and has 96,000 trees in his second year of harvest.

Only time will tell but it's looking like the pistachio harvest just now coming into full swing in Kern County will set a new record this year — without a substantial drop in prices.

Bakersfield-area pistachio grower Jean Laborde said Thursday his harvest "is going great." Quality of the nuts across his 630 acres and 96,000 trees looks good, he said, and pests are costing him about half of 1 percent of his crop, "but that's nothing."

Not all local pistachio growers have been quite so lucky.

The trees need a certain amount of winter "chill hours," which are often described as sleep for trees. Some didn't get enough time in the cold this year, which can cause male and female trees to "wake up" at different times, ruining the annual pistachio pollination.

Some orchards on the periphery of the Central Valley experienced warmer winter temperatures than their owners would have liked, said Richard Matoian, executive director of the American Pistachio Growers trade group. That resulted in some trees with shells but no nut inside.

"Yet, in other areas, everything seems to be as good and as normal as possible," he said.

Just as important is domestic and international demand. That's because prices paid to farmers fall if supply goes up, as appear likely, but consumption does not.

Fortunately demand seems to be keeping pace with supply — and they're likely to stay in alignment for the next few years, according to a July report from RaboResearch at Rabobank.

The company's analysis said that although overall demand may be down because of the pandemic, "the demand outlook is still favorable in the longer run."

"International reference prices for pistachios have remained mostly steady through pandemic times," the report concluded. "We expect average returns to the U.S. grower to remain relatively stable through 2025-26, but potential volatility is always looming, particularly during these unprecedented times."

RaboResearch noted that some in the industry predicted early on that this year's pistachio harvest could hit 1.2 billion pounds. But because of pollination issues, its report stated, the crop will probably come in short of that.

"We estimate the probability of having a record-setting crop this year to be about 80 percent," the report says, adding the crop may hit 1.1 billion pounds.

Internationally, Matoian said, U.S. pistachios enjoy a reputation of being of relatively high quality and consistency. He said that mixed with strict food-safety guidelines give domestic growers an edge over the two other leading pistachio producers, Iran and Turkey, which are also expecting big crops this year.

Continuing Chinese tariffs do appear to be taking a toll on U.S. exports to that country. An April report by American Pistachio Growers shows U.S. market share has fallen from almost 97 percent in 2017 to less than 58 percent in 2019.

It helps that this is what's known as an "on year" for pistachios. The term refers to pistachios' tendency to produce more or less nuts in alternating years. Last year was an off year.