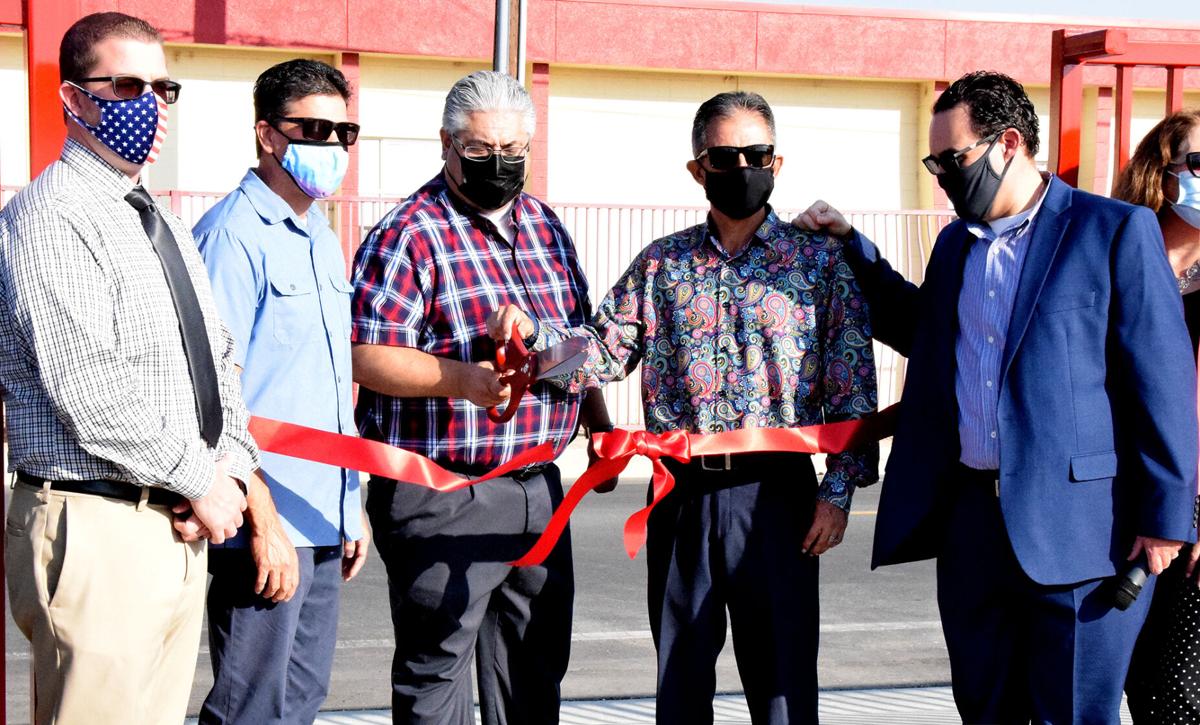 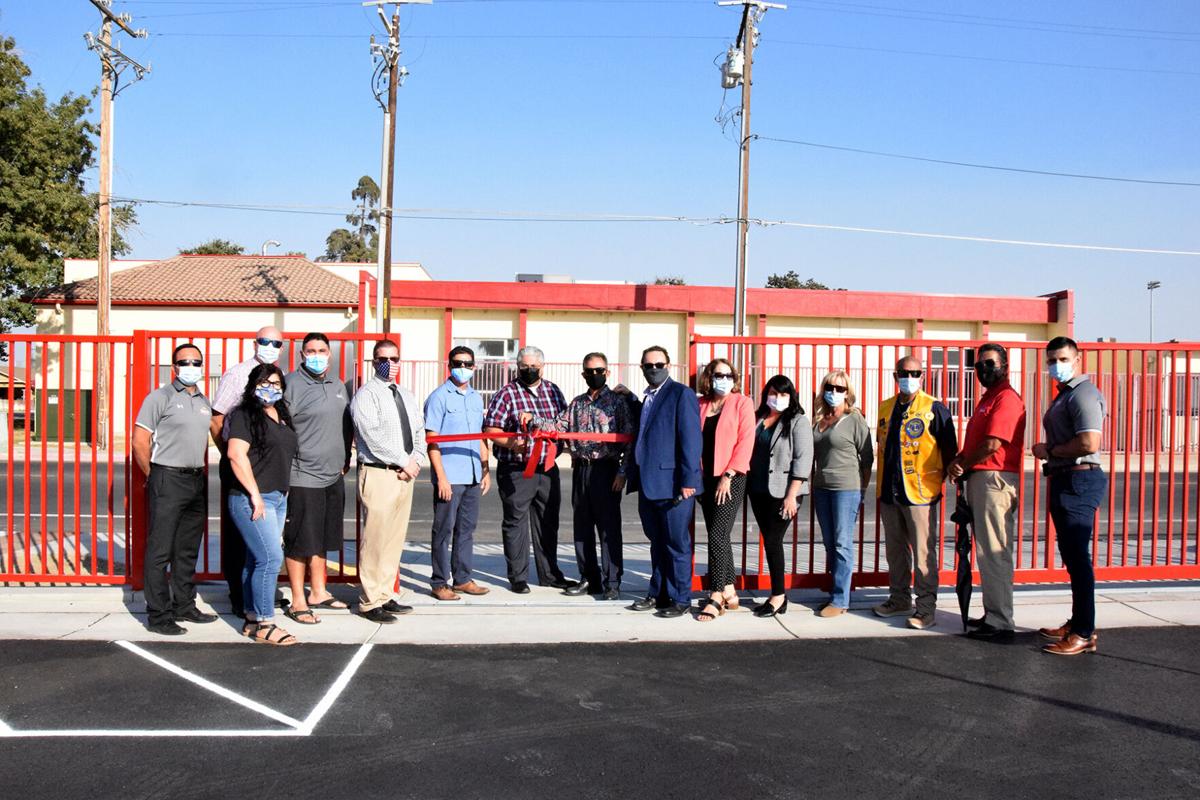 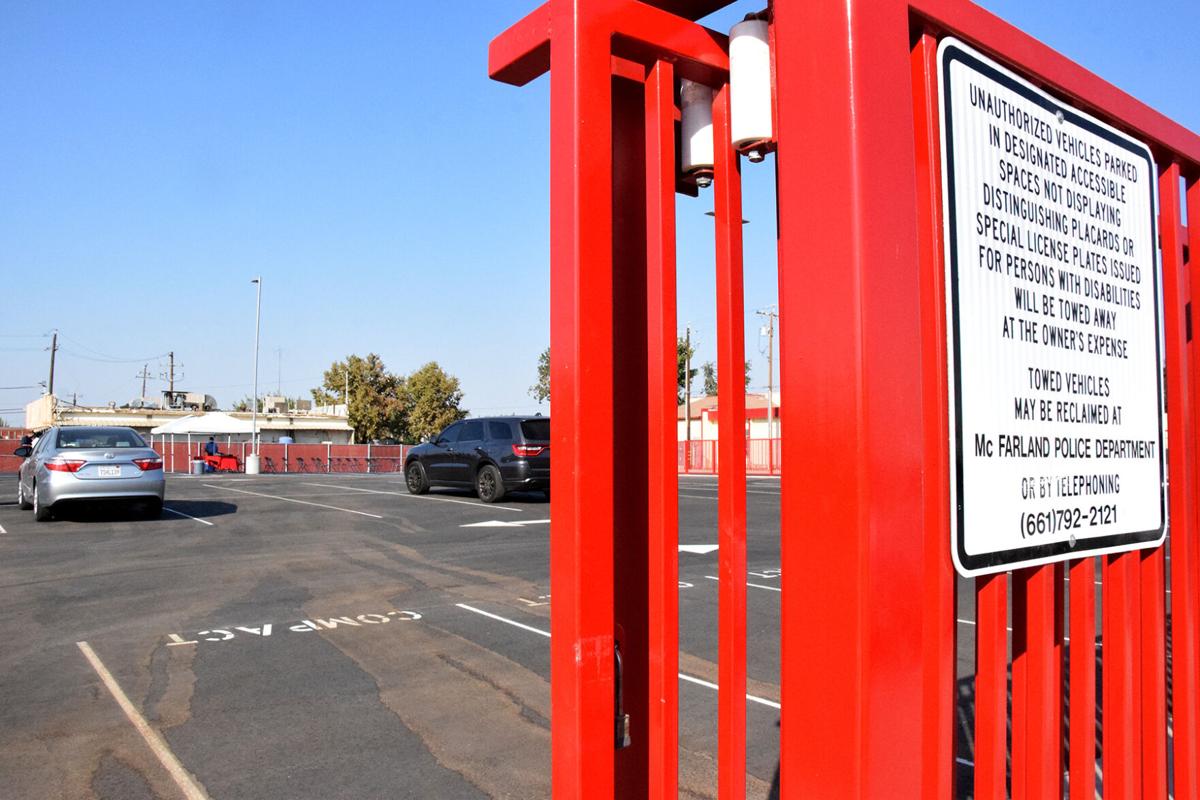 McFarland Unified School District officials joined with other city officials and community members at a Thursday ribbon-cutting to officially open a much needed parking lot at Mast Avenue.

On the unusually warm October day, the about 50 people on hand stood under shaded canopies, where snacks and ice water welcomed them.

Officials tied a red ribbon at the east side push gate to allow parkers inside off of Mast Avenue.

School officials were joined by McFarland City Council members, the town's mayor, the McFarland Recreation and Parks District, as well as members of the McFarland Lions Club.

McFarland schools Superintendent Aaron Resendez welcomed everyone to the ceremony.

"We are in the process of completing some projects and getting started on a few projects too," Resendez said. "And grateful for the space we didn't have before."

Board of trustees President Jim Beltran thanked the Stagg family for the new part of the parking lot to help with what used to be a daily "issue of where our employees are going to park."

"We are very thankful to our district and community in making things like this possible," Beltran said.

Beltran did the honors, with a giant pair of scissors, and many of the 15 or so people posing for the ceremony said they were smiling under the masks they wore.