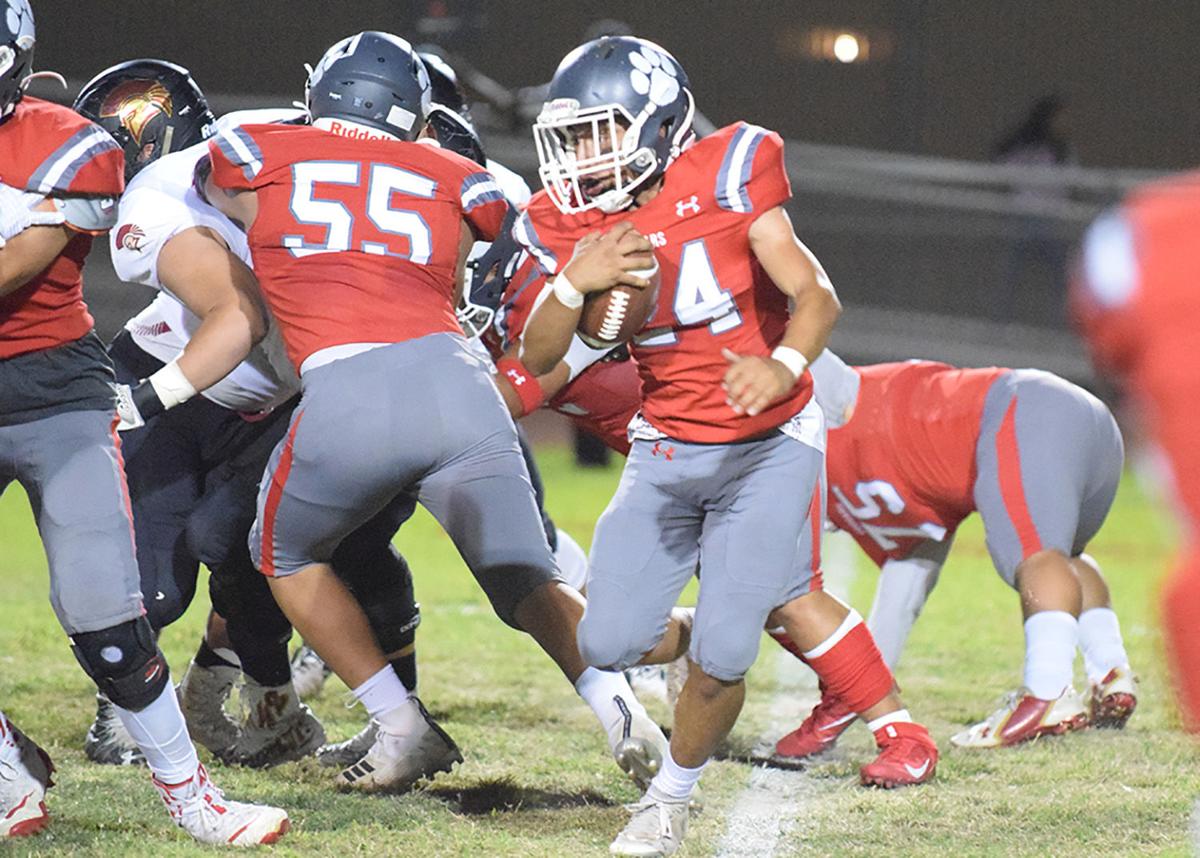 McFarland running back David Rodriguez cuts the ball outside against the Chavez defense. 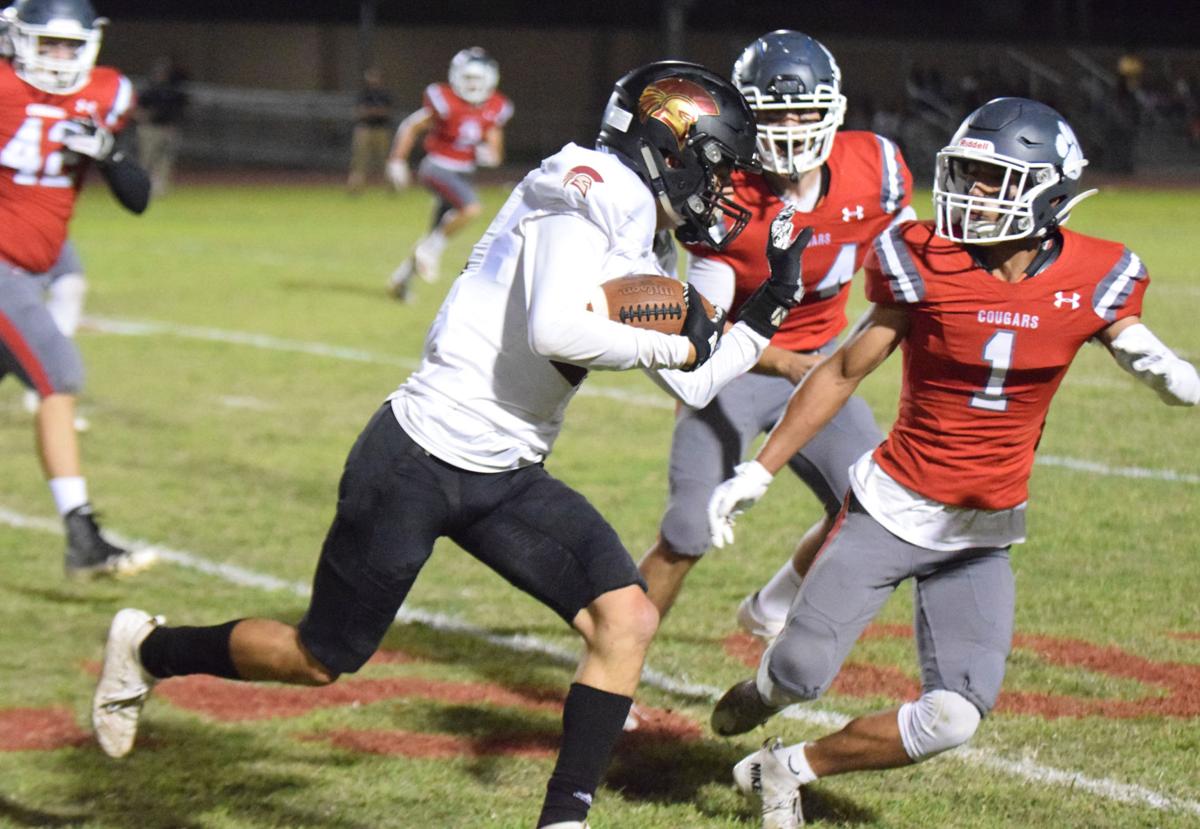 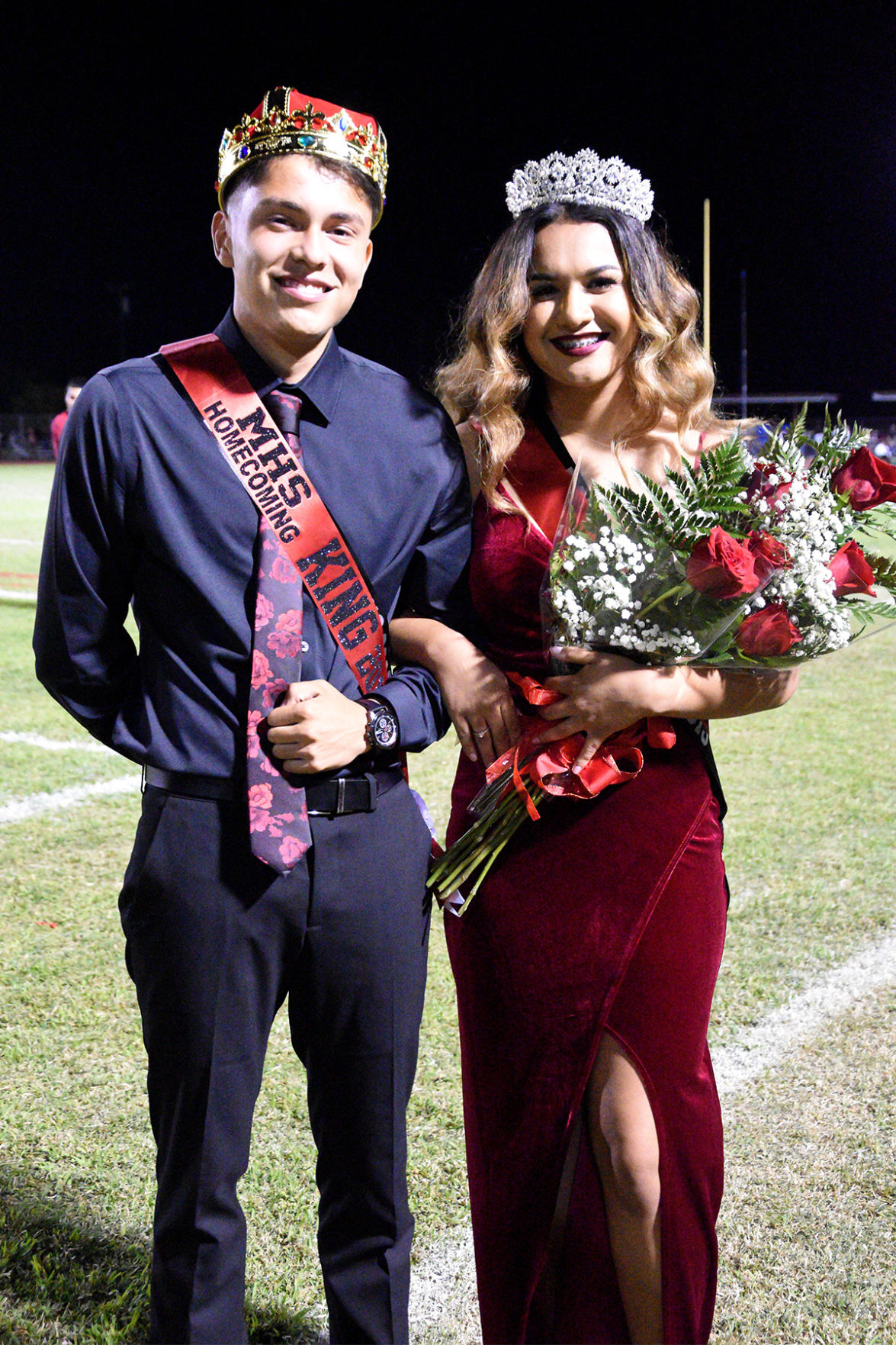 McFarland running back David Rodriguez cuts the ball outside against the Chavez defense.

McFarland High School Cougar football battled Cesar Chavez High School for a first half stalemate, but the Titans would win overall in the second half, 42-21.

The highly anticipated matchup of two up and coming programs matched top quarterbacks for each side. Chavez struck first on the ground, scoring a rushing touchdown by junior running back Damien Espinoza. This happened just after McFarland's opening drive ended in a punt.

After several defensive stops made by both sides, McFarland got on the board with a score of its own, but missed the point after attempt and trailed 7-6.

Chavez would answer back quickly, however, scoring another touchdown late in the first to take the lead 14-6 at the end of the quarter.

The second quarter showed teams struggling with turnovers until McFarland finally strung together a drive that resulted in a tied game after the two-point conversion. Both teams would trade deep shots unsuccessfully before the half ended, leaving the score 14-14.

The Titans would strike first in the second half, taking an early lead that they would hold the rest of the night. It seemed at this point Chavez took complete control of the game, stopping the McFarland offense in its tracks and moving the ball with rhythm.

By the start of the fourth quarter, the Titans led 35-14, and McFarland would only score once more, falling to the Cougars 42-21.

This leaves McFarland at 3-2 on the season with its only losses to South Sequoia League opponents, heading into an away game against Shafter High.

And for the Titans, they are 5-1 overall, with an undefeated league record going into their homecoming matchup against Arvin.