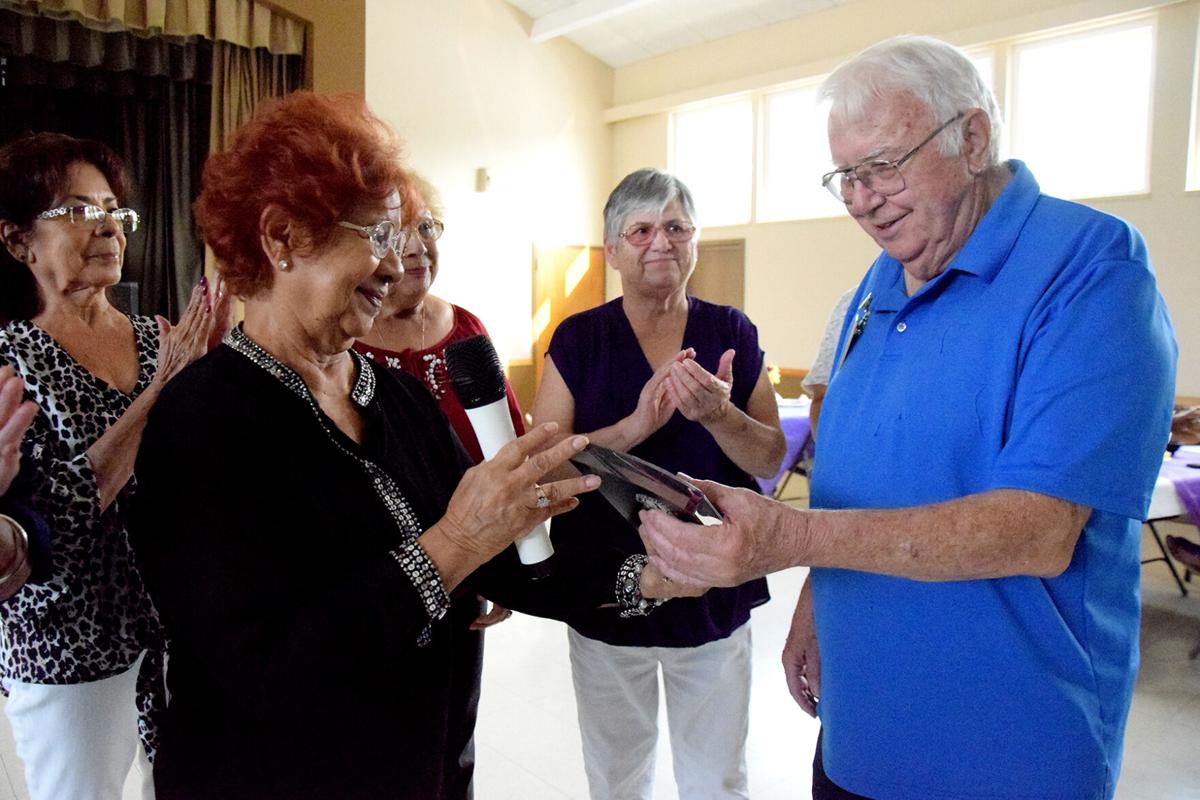 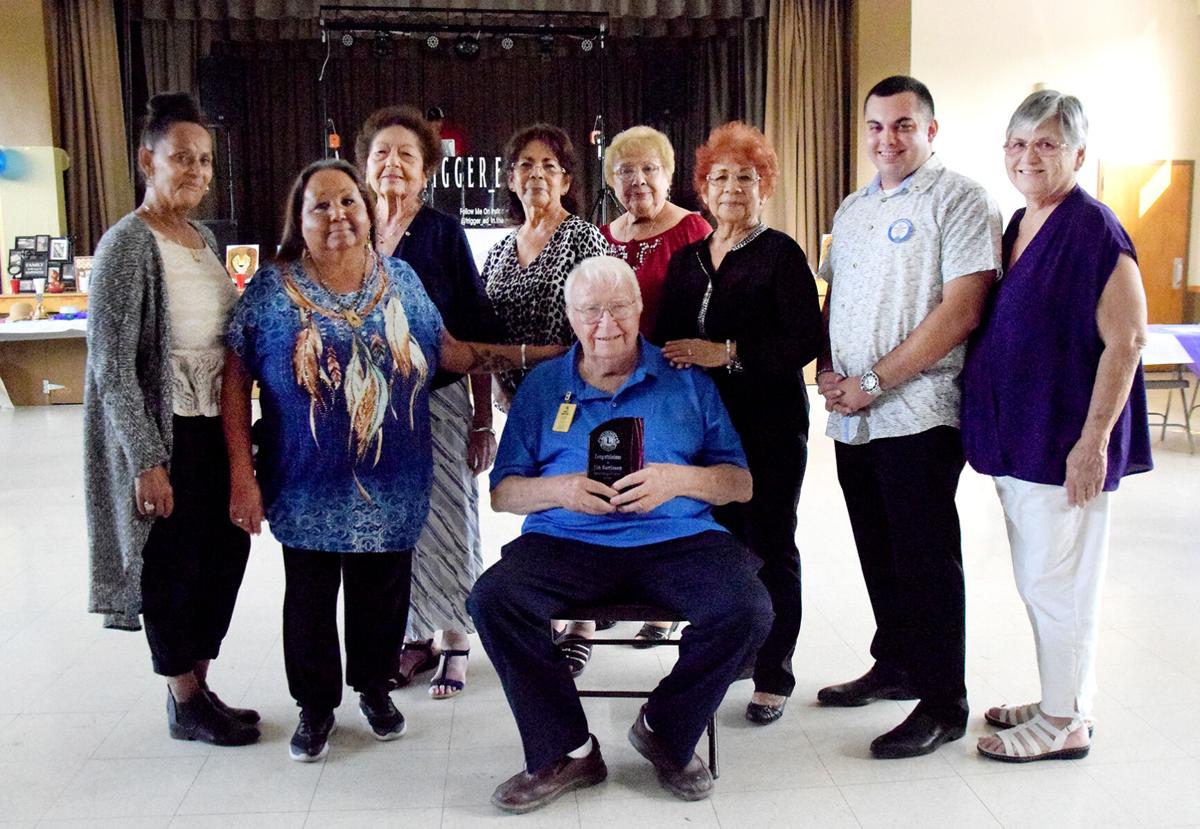 Members of the Delano and Richgrove clubs held a dinner in his honor at the Richgrove Memorial Building, along with Lions members from other California cities, including Fresno and Linden.

Delano Lions President Henrietta Ruiz said, "Thank you for all you did, including those trips to Ensenada. You shared your knowledge and skills with everyone, including computers."

"Congratulations on a job well done," she added. "And our best wishes to you."

"I love you all, even though you all picked on me," Bartleson teased, as he posed for group photos.

Bartleson, a current trustee for the Kern County Office of Education representing Area 2, is a retired educator and spent nearly 40 years in the Delano Joint Union High School District. During his career he taught physics and chemistry, computer literacy, data processing and computer programming. He also served as associated student body dean and data processing coordinator/computer programmer for the attendance and counseling office.

Outside the classroom, he served as chair of documentation on former State Superintendent of Public Instruction Delaine Eastin’s Hispanic Advisory Task Force. In addition, he assisted in writing "Mandate for excellence: A call for standards assessment and accountability in the education of California’s Hispanic students."

He is a director of the Kern Environmental Education Foundation board and served on the Delano Airport Commission.

Francis Bognuda, a member of the Lions of Linden California, was a Lions governor in 2009-10 with Bartleson.

"Jim was keeping the group together, united," Bogunda said. "He wanted to make sure everyone had the same as everyone else."

He spoke of how Bartleson got him to work with The Ronald McDonald House, and the two groups had friendly battles in pull-tab donations.

He told the audience: "You are losing a good Lion! But maybe he can teach Arizona (where his family and wife are) a thing or two!"