Skip to main content
You have permission to edit this article.
Edit
Home
News
Sports
Marketplace
Bakersfield.com
1 of 3 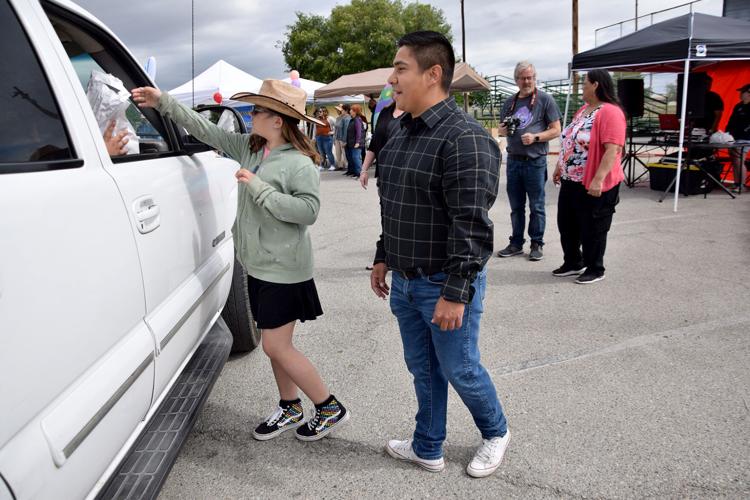 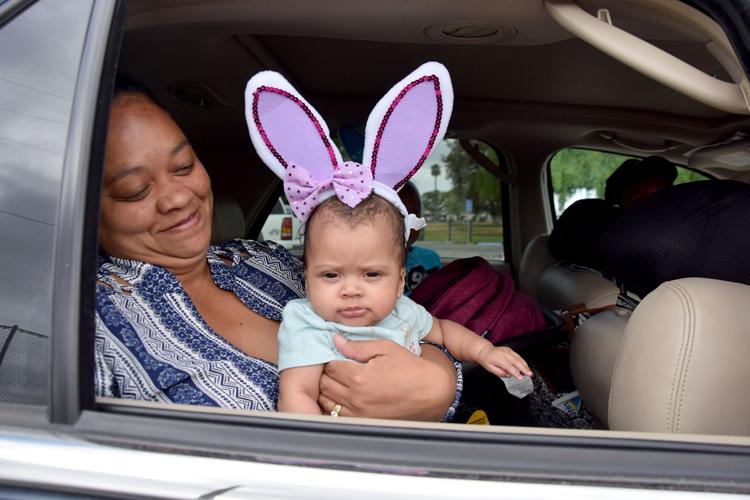 A local family poses for a photo during the Kiwanis Club of Delano's 40th annual Easter celebration. 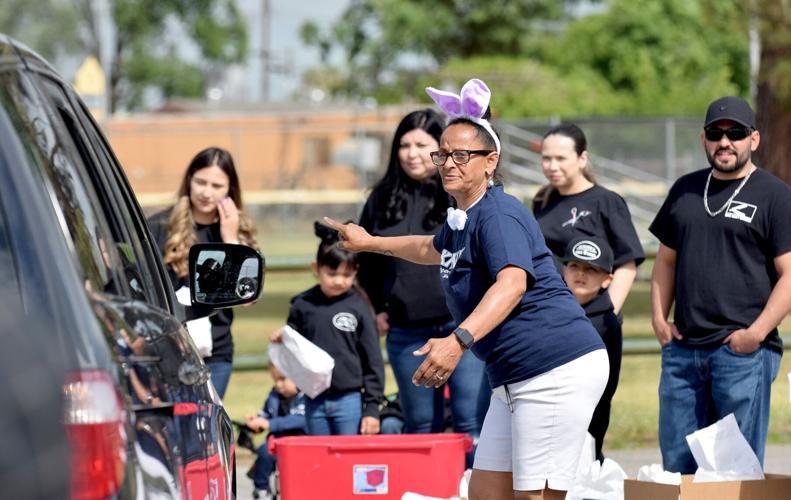 A local family poses for a photo during the Kiwanis Club of Delano's 40th annual Easter celebration.

Due to COVID concerns, this was the second year that the club has held a drive-thru “eggvent” instead of the traditional egg hunt activity.

More than 1,800 goodie bags were prepared for the drive-thru handout that benefited children from preschool age to fourth grade. Cars lined up early, starting around 8:30 a.m. for the 10 a.m. start, eventually lined all the way south on Lexington Street, past Woollomes Avenue. Carloads of children brought by adults continued nonstop all the way up to the noon cutoff time.

Along with the goodie bags, loaded with candy, pencils, erasers, notepads, stampers and bubbles, the kids had an opportunity to find “golden eggs” filled with money or gift cards to local eateries and shops. The cards were provided through donations from AAA Builders (Nora Tapia), Alma’s Beauty Salon, Carlos’ Barber Shop, C M Enterprises, Dr. Jasmeet Bains, the Driggs family, Dan Madriaga, the Kemphs and the Vegas.

The Easter Bunny was in attendance, greeting the families and posing for photos. Along with bunny photos, families were encouraged to take photos using two holiday backdrops.

The Kiwanis Club of Delano has been serving the greater Delano area community for over 67 years, chartering this pioneering service club on Nov. 19, 1954. Members from all walks of life joined, with the purpose of making the community a better place to live for all of the people.

Over the years, Kiwanis has provided numerous service projects, activities and scholarships to benefit community members and especially children. The club also works on worldwide issues, such as iodine deficiency and neonatal tetanus, saving countless lives and debilitations.

The club’s defining statement says it all: “Kiwanis is a global organization of volunteers dedicated to changing the world one child and one community at a time.”