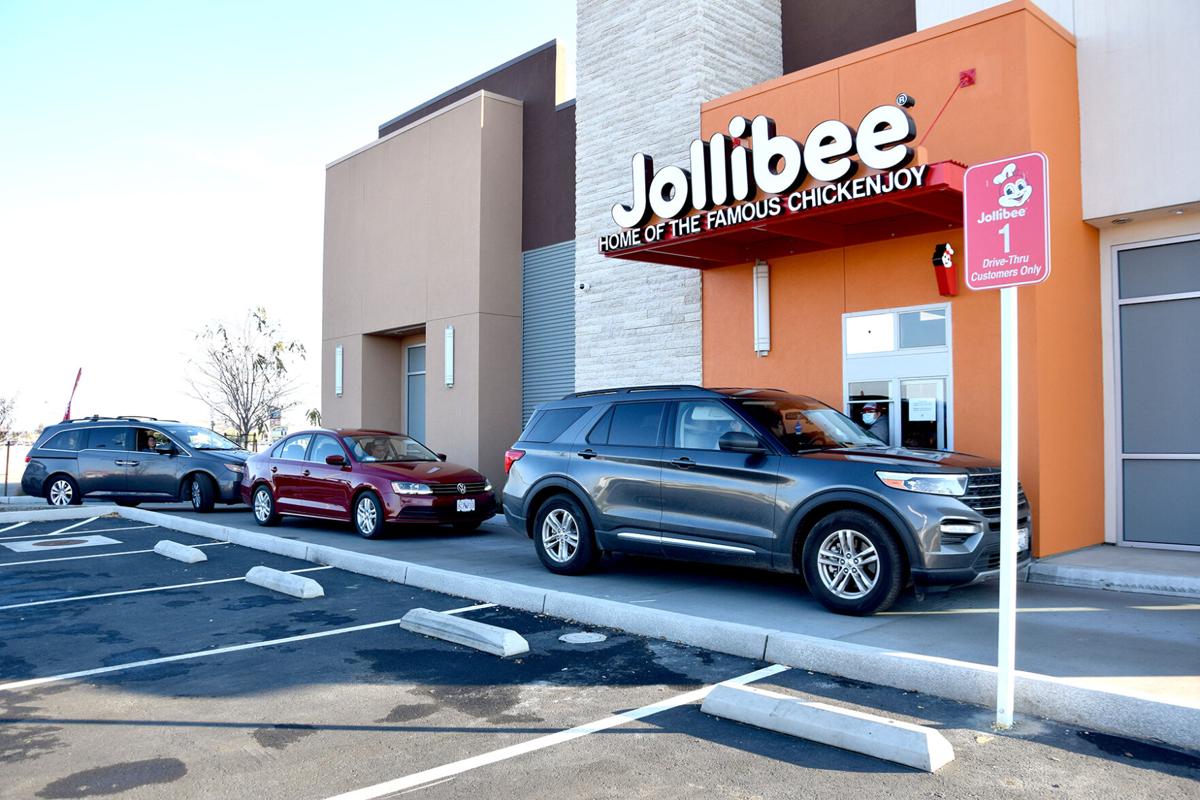 Cars wait for orders in the drive-thru of Jollibee last week. 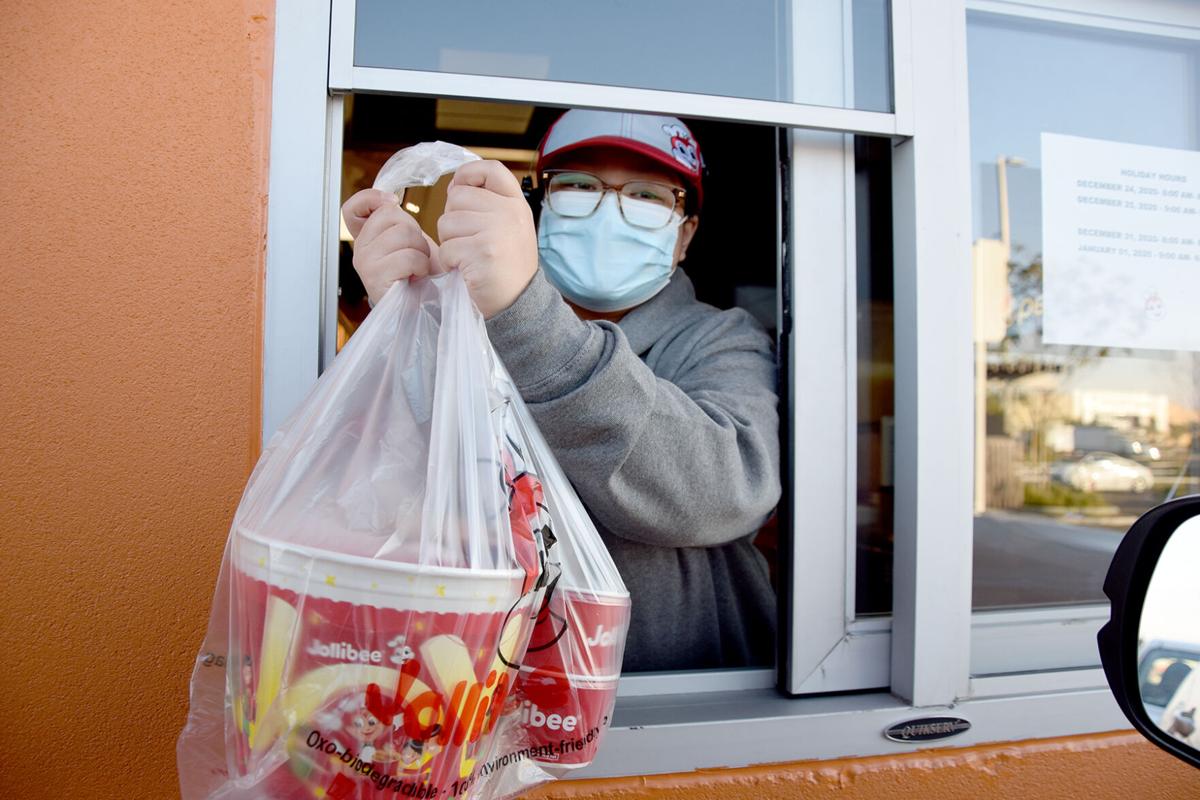 Aaliyah Bonifacio hands over an order from the Jollibee drive-thru Wednesday afternoon.

Cars wait for orders in the drive-thru of Jollibee last week.

Aaliyah Bonifacio hands over an order from the Jollibee drive-thru Wednesday afternoon.

Jollibee is the latest Delano Marketplace/The Vineyard business to open recently, despite the COVID-19 pandemic, and the second restaurant to open in less than a month, a developer said this week.

Famous Footwear and another restaurant are in negotiations to possibly open in the marketplace as early as spring 2021, said Paul Lu, public relations director for YK America Group Inc., the developer on the Delano-based project.

Meanwhile, Jollibee's drive-thru line has been filled with customers since it opened on Dec. 20 at 491 Woollomes Ave. It sits just southeast of the Maya 12 Cinemas, and a few spots down from the Juice it Up store that opened in 2019.

"While we would normally have a larger event with an inauguration ceremony to celebrate our store openings, we decided not to do that this time to keep everybody, both our store team members and customers, safe," said Dianne Yorro of Jollibee.

"The pandemic has put a damper on the festivities of a grand opening ceremony. We certainly felt the warm reception of our customers, who came out to welcome our first store in Central California," Yorro said.

Back in late January 2020, prior to the COVID-19 global pandemic, Lu announced YK landed the new Filipino-cuisine restaurant Jollibee, scheduled for a late 2020 opening.

Jollibee opened nearly a month to the day that Ono Hawaiian BBQ restaurant had a soft opening Nov. 21 at the Delano Marketplace, with customers lined up around the store. Scores of customers took their food home with them. Delivery service is also available.

Founded in 2002, Ono Hawaiian BBQ is a family-owned fast casual restaurant known for its authentic Hawaiian Plate Lunches and other island specialties. Ono Hawaiian uses the freshest ingredients, prepared from scratch daily in each restaurant and grilled fresh to order.

Ono Hawaiian’s Regional Manager Bill He helped make sure Delano employees were ready for the onslaught of local customers. “We hired 10 people to work in the kitchen and 8 more to work in the front,” he said.

“In a very challenging year for the retail sector, YK America is excited to bring in two outstanding food tenants to the Delano Marketplace and The Vineyard – Ono Hawaiian BBQ, a well-known chain restaurant serving Hawaiian-inspired plates with generous portions, and Jollibee, known for their hand-breaded fried chicken," Lu said. "Both restaurants have been extremely well received by the community.”

Lu said any business interested in opening or relocating to The Vineyard and the Delano Marketplace should contact Castleton Real Estate at 626-444-6680 or lease@castletonred.com