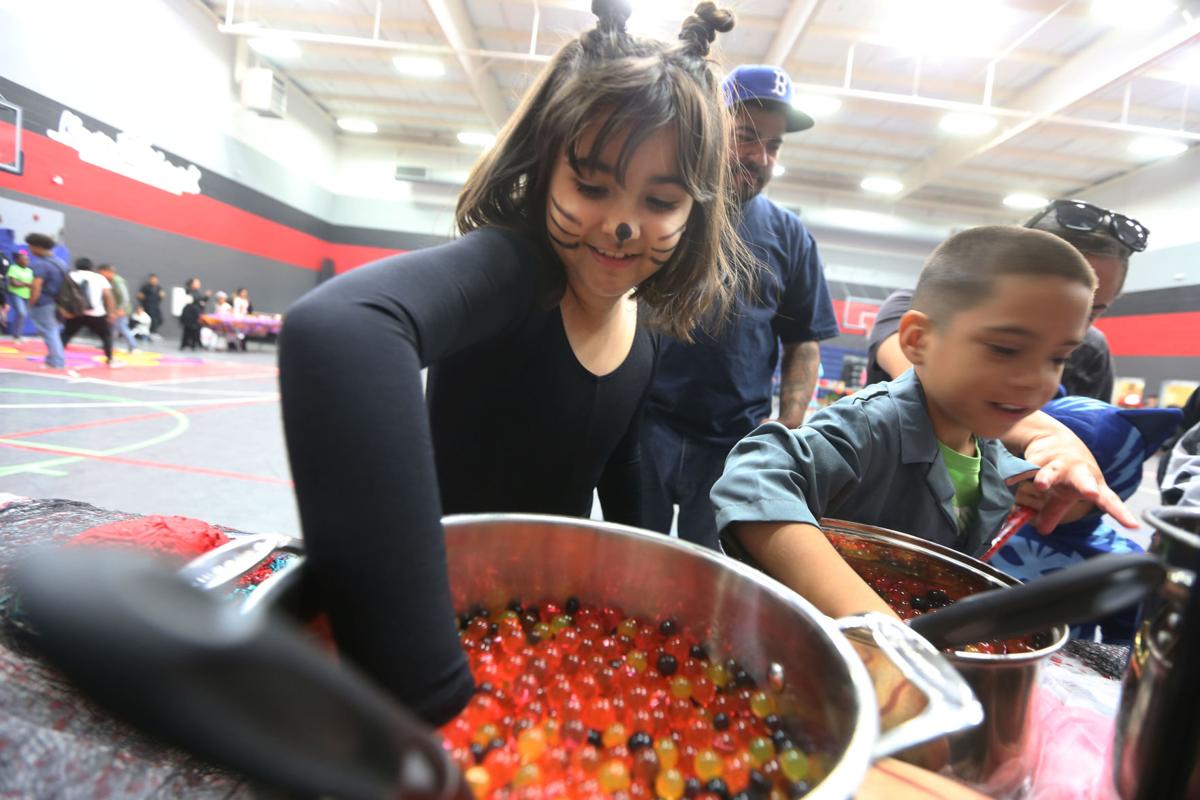 Izabella Flores digs for a make-believe eyeball at a trunk-or-treat event hosted in 2019 by the Boys & Girls Clubs of Kern County. Halloween is expected to look a lot different in 2020. 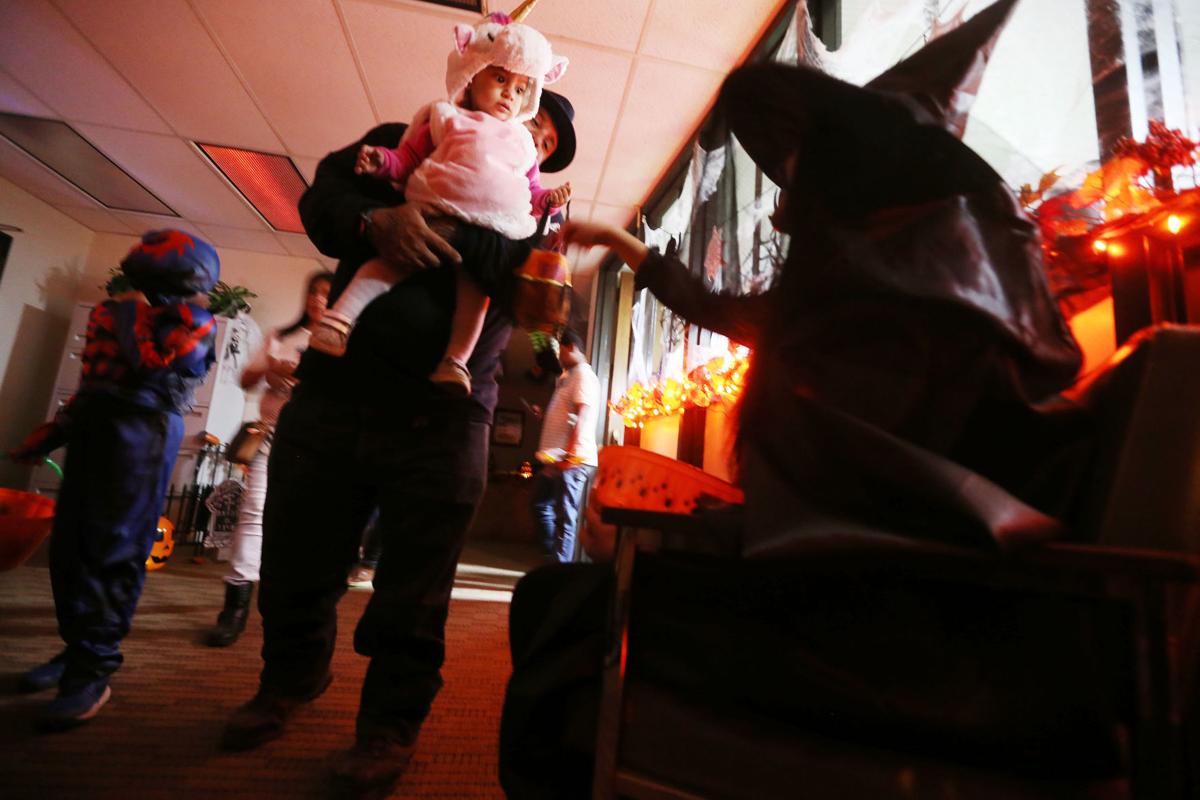 Mikayla Hernandez receives candy from a witch at the Bakersfield Police Department's second Hal"LAW"een event in 2019. Halloween is expected to look a lot different in 2020 as families decide how they might safely carry on traditions. 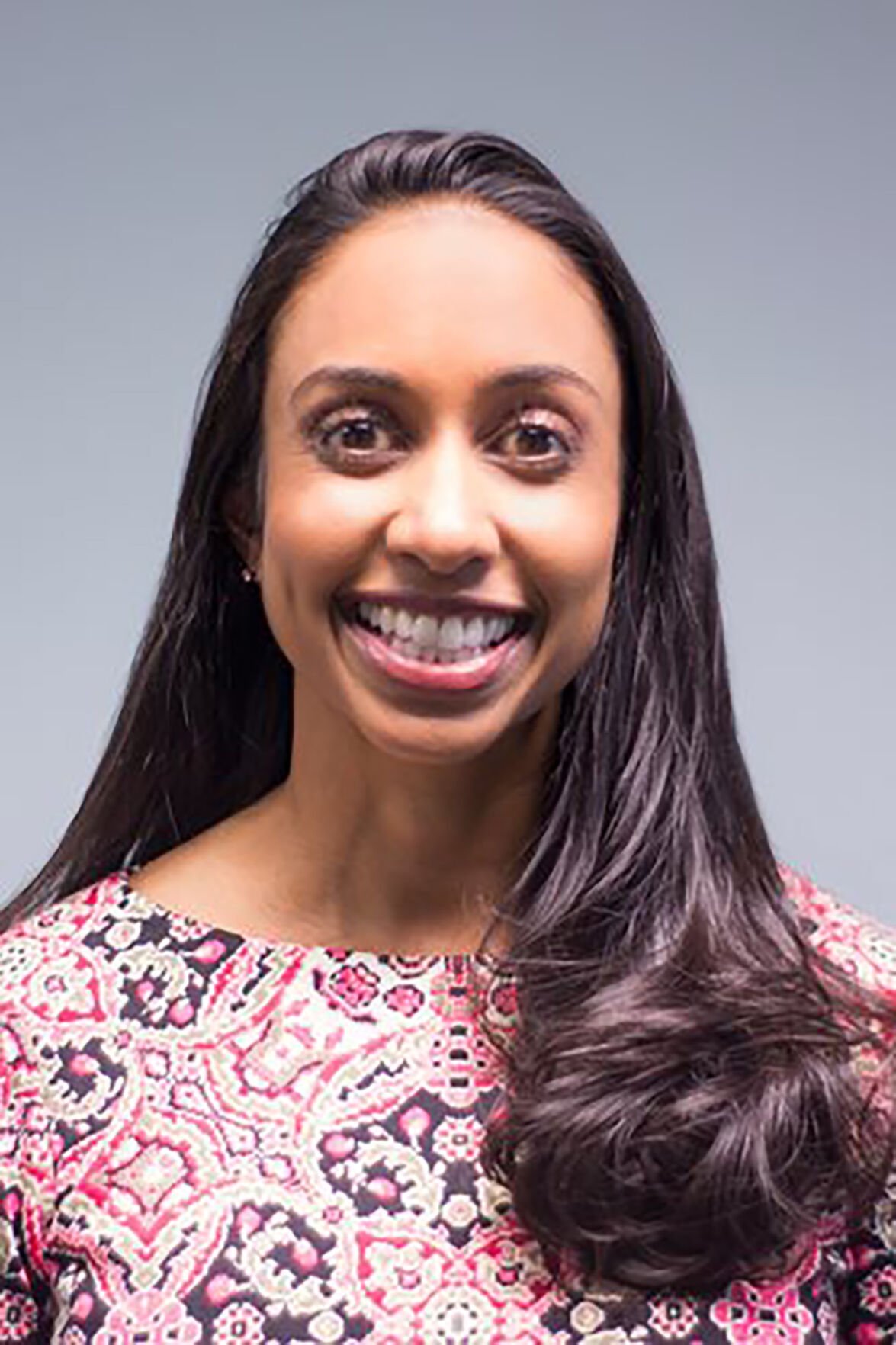 Izabella Flores digs for a make-believe eyeball at a trunk-or-treat event hosted in 2019 by the Boys & Girls Clubs of Kern County. Halloween is expected to look a lot different in 2020.

Mikayla Hernandez receives candy from a witch at the Bakersfield Police Department's second Hal"LAW"een event in 2019. Halloween is expected to look a lot different in 2020 as families decide how they might safely carry on traditions.

After the coronavirus put a damper on her 5-year-old daughter's preschool graduation and took the fun out of birthday parties and the start of kindergarten, Bakersfield mom Morgan Marsh has gotten out in front of plans for Halloween.

"I feel like so much has been taken from her this year," said Marsh, who is the program director for WarmLine, a local group that provides free support by phone and email to help parents with issues that arise when raising young children. "This is something I can make somewhat typical for her."

She and her husband, Jeff, like many families, are making adjustments to their Halloween traditions this year. Out is the annual costume bash at their home and then heading out for some trick-or-treating. In is a new candy shoot contraption her husband has already started working on to safely pass out candy to the 300 to 400 trick-or-treaters they typically see each year. However, this year they will set up candy distribution in the driveway, Morgan said.

The Marshes have the right idea, according to Dr. Nimisha Amin, a pediatrician with Southwest Pediatrics and a parent of two elementary school-aged children. Seven months into the pandemic in Bakersfield, kids have had to miss out on a lot and need special events to look forward to, Amin said. There is no need to cancel Halloween entirely, she said; families just need to get creative and celebrate in a way that won't allow the virus to spread.

"I think sometimes as parents we tend to go overboard but I think kids appreciate simple or novel celebrations," Amin said. "We just have to be creative and be together and the kids will have fun."

Trick-or-treating is an activity that's "on the table," Amin said, because it takes place outside and easily accommodates wearing of masks. But there are some risks, she said.

"There’s a lot of intermingling here. You may have one child who visits up to 10, 20 or 50 houses that night," she said.

Therefore, she suggests groups be limited to three to five children and everyone wear a face mask.

Kids are likely to be eating candy as they go door-to-door so also letting them ring doorbells and plunge their hands into a candy bowl is not a good idea, Amin said. A designated adult should do that, she said.

But there are two popular traditions Amin thinks must go on hiatus this year: Halloween parties and haunted houses. Both involve people in close proximity, which is the main way the virus is spread, Amin said.

Some other ideas she suggests involve more emphasis on activities leading up to Halloween, like decorating the house or "booing" your neighbors by leaving an anonymous gift basket of Halloween goodies at their front door.

For those wanting to pass out candy, Amin suggests adults be the one to fill up the candy bucket or stuff the treat bags, using freshly washed hands. She also recommends setting treats on a table, or placing them in treat bags or even Dixie cups, and setting them on a table to maintain distance. And of course, everyone should wear a mask, she said.

It's not just parents wondering what to do about Halloween. Many adults anticipate the mobs of kids who ascend annually on their homes seeking Halloween treats. They wonder whether they, too, should adjust or just take the year off.

"Unfortunately, this year for the first time in years, we will not be opening our gates," wrote Lamar Brandysky, a 30-year resident of 20th Street, on the NextDoor app when someone asked if trick-or-treating would happen this year. Brandysky said it was vital to bring down the rates of COVID-19 in Bakersfield so businesses can reopen.

"Let's all work at ending the virus," he urged neighbors.

Other neighbors wrote they, too, planned to leave the porch lights off this year or keep the kids inside. But some said they planned to hand out candy and one person suggested everyone still dress up and walk around the neighborhood.

Last month, when Los Angeles County health officials announced plans to ban trick-or-treating, public backlash resulted in them rescinding the restriction and instead recommending against it. Kern County Chief Administrative Officer Ryan Alsop said at the time that the county would rely on residents to make their own safe choices.

Earlier this week, the Kern County Public Health Services Department put out some tips and suggestions for how to do that. Local officials noted that the Centers for Disease Control and Prevention has rated traditional door-to-door trick-or-treating in the highest-risk category along with trunk-or-treat events, where treats are passed out from the backs of vehicles, indoor costume parties and haunted houses.

Safety guidelines from the CDC discourage families from taking part in traditional trick-or-treating as it can be high-risk for spreading COVID19. However, if your family chooses to trick-or-treat during COVID-19, plan ahead to be safe.