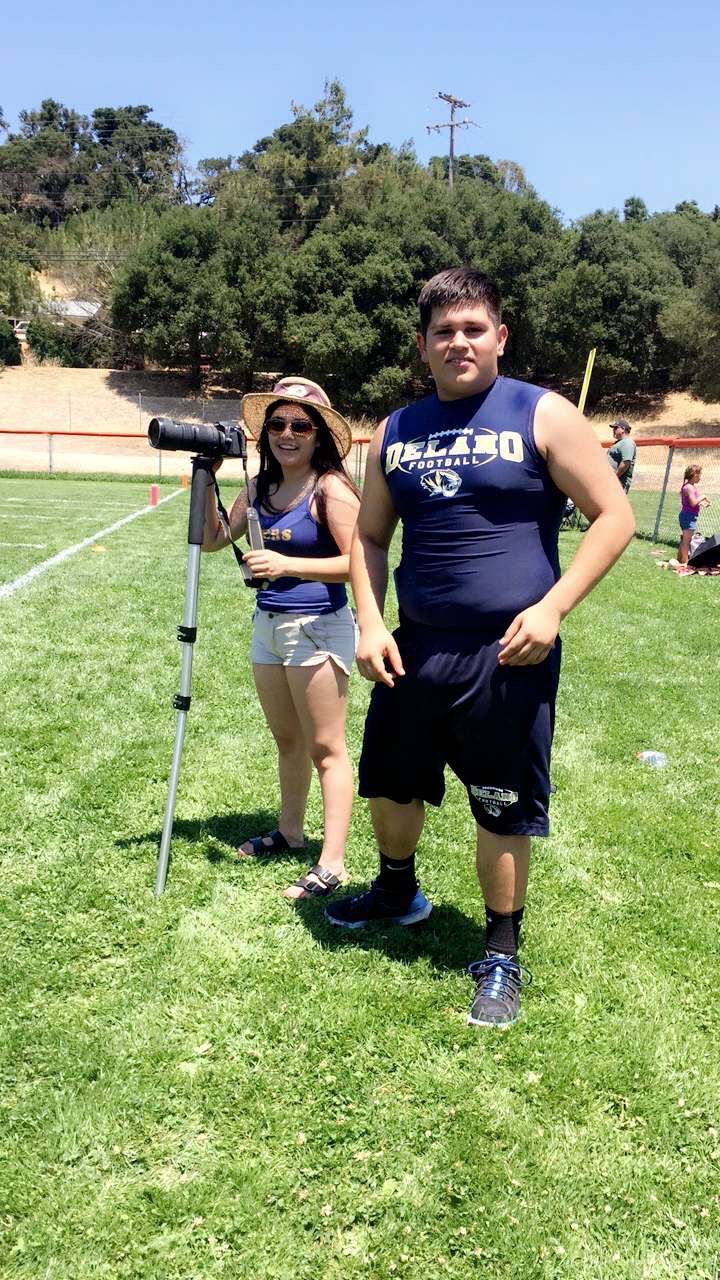 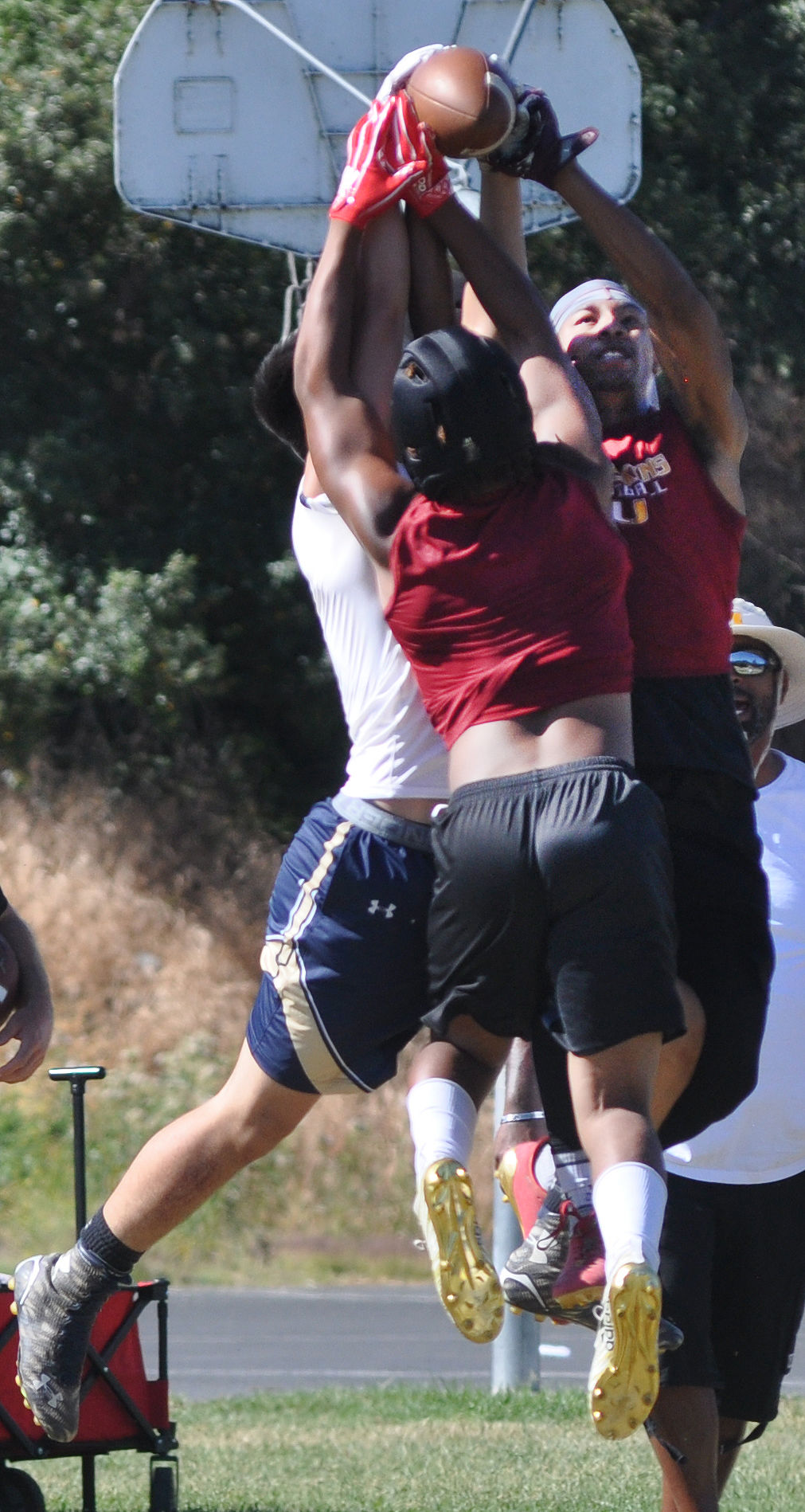 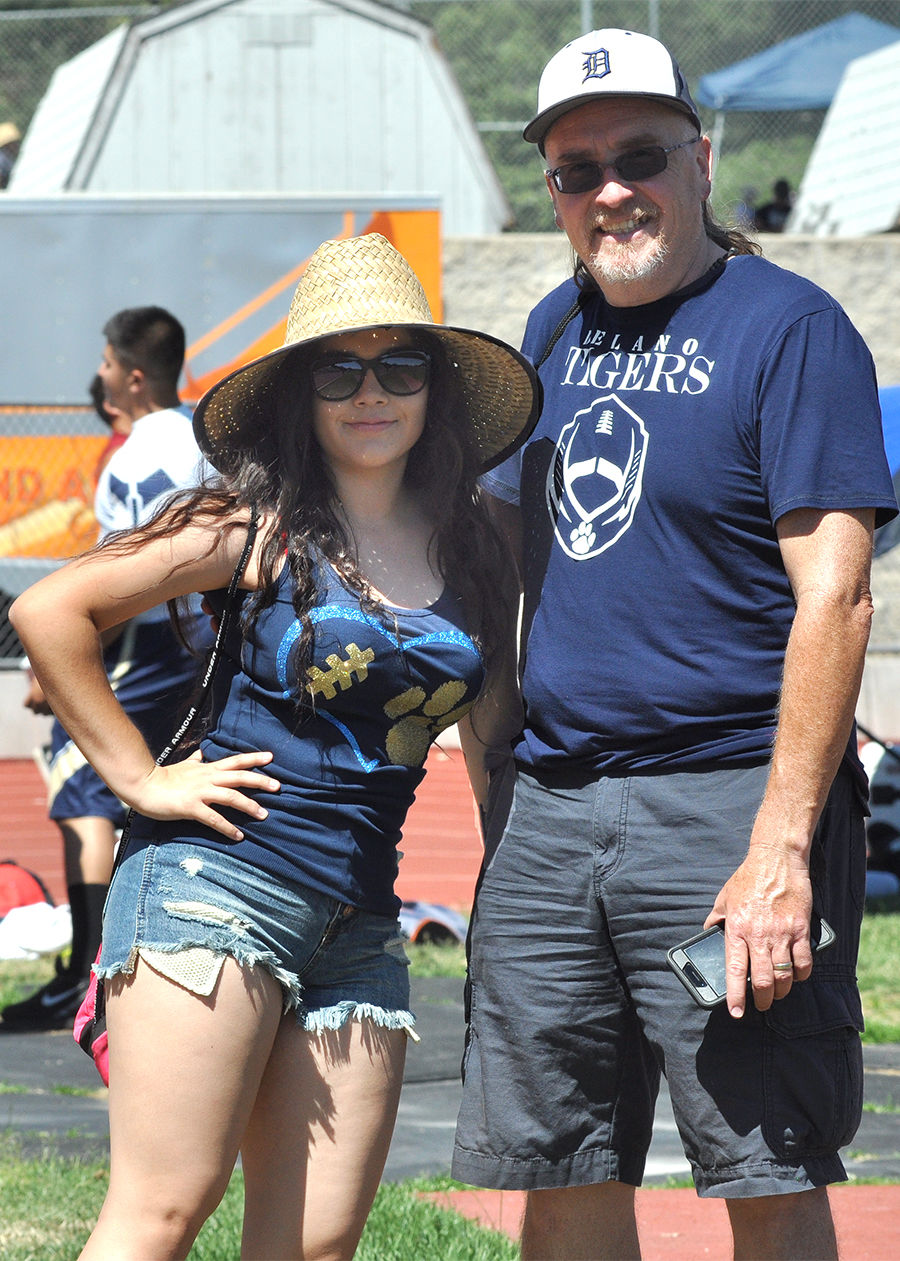 Watching and reporting on sports has been a vital part of my life, personally and professionally.

The only actual organized sports I participated in was adult men's and co-ed softball leagues in Visalia, Tulare and then later on in Bakersfield. I really enjoyed being on the field. I thought of myself as a good player, but over 19 years, our teams didn't win much. But we did have fun!

The only year time we won anything was when a co-ed team had two professional softball team players on it. Our women made up the entire infield, and our shortstop and second baseman would later play professionally.

As the team captain, for most of the years I played, it made me look at the game differently. I was never the best player on the team, but I contributed and really enjoyed sliding (for some odd reason) into second base and occasionally at home.

As a "professional writer," I actually began back in college at the University of Arizona. We had to take a sports writing class, which was great by me, since I followed not only the U of A Wildcats sports teams, but professional baseball, football and basketball. However, back then, Arizona only had the Phoenix Suns to cheer for. The Arizona Cardinals football team was still playing in St. Louis, and the baseball Diamondbacks hadn't been established yet.

I covered high school football games and got paid $25 a pop. I remember covering one high school playoff basketball game at my old alma mater, Cholla High School in Tucson. Our best player, Sean Elliott, not only won the game, but went on to star at Arizona, where he had a standout career as a two-time All-American, winner of the 1989 John R. Wooden Award, the 1989 Adolph Rupp Trophy, the 1989 NABC Player of the Year, 1989 AP Player of the Year and two time Pac-12 Player of the Year in 1988–1989, according to Wikipedia.

So, it was natural to begin covering sports in Delano back when we started DelanoNow.com in 2008. My wife, Maria Ahumada-Garaygordobil, as a professional news photographer, has a much longer and varied career, covering sports around the valley. Launching the website to highlight local student athletes was her idea!

It morphed into a news site after many folks helped share information on all the great people of Delano, McFarland, Earlimart, Richgrove, Bakersfield and beyond!

So, after more than 35 years covering sports, it's so hard to not have anything to write about sports-wise, except me and my journey here. Both my son, Aidan, 18, and my daughter Alysa, 17, played every organized sport (except soccer — too much running!). We were even part of the Delano Little League board for six years to give back and make sure every child who wanted to play baseball and softball got the chance to do it.

Our Alysa played travel softball for several years, but the cost made it hard to do it all the time. Our Aidan played travel baseball briefly and had a bad coaching experience. He knew about the financial burden, even as a kid, and totally supported his sister.

We began covering Delano High School sports, and when Cesar E. Chavez High and later Robert F. Kennedy High opened, we were there, including this past year's DHS state basketball playoff run, as well as the RFK three recent football valley titles. We also highlighted the CCHS soccer valley titles. I have to say that coaches are a vital link in getting not only stories, but photographs of what's happening.

We are a mom and pop operation. Our Fresno State University soon-to-be sophomore son has joined our gang, and our daughter, an incoming Fresno State freshman, takes photos and videos for us. We are hoping she will begin writing soon too. My son takes photos and writes game and analysis stories, and has even launched a podcast and Instagram live sports talk show, highlighting local student athletes.

DelanoNow.com also launched McFarlandToday.com on April 16, so we are expanding our coverage areas.

But in doing so, we need your help more than before. Send us your ideas for stories, photos, videos and other multi-media platforms. It can be about your daughter or son, or even yourself.

It doesn't have to be about sports. It can be about your child going to college. It can be about them being mad about what is happening in our COVID-19 world. If they want to write about it, we will publish it, with a photo, or short video on social media platforms.

If you'd like to write your own story or column, we will publish it. It can be a one-time thing, or weekly, monthly or seasonally.

If you have an idea for covering something that we aren't aware of, or maybe forgot about, please contact us at 661-586-4469 or email at GeneG@DelanoNow.com