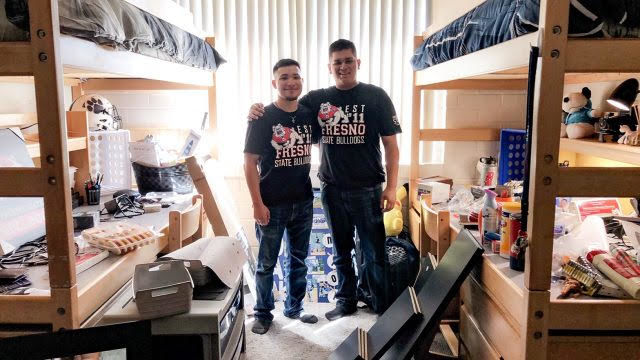 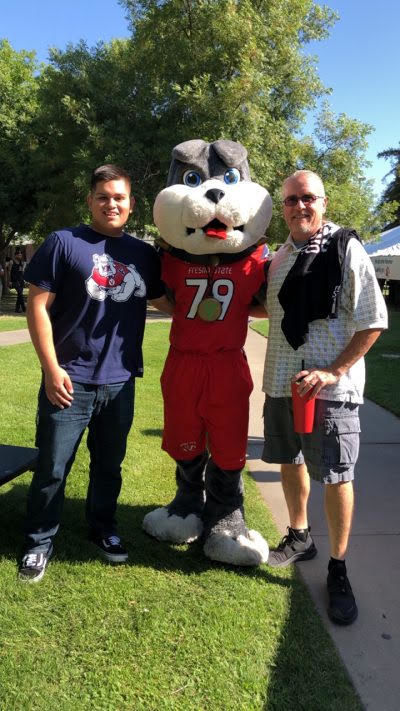 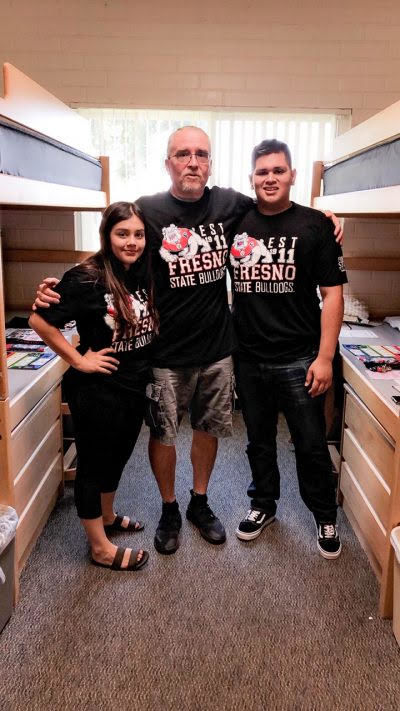 Aidan Joshua Garaygordobil, right, will most likely be joined by his sister, Alysa, next year at Fresno State. 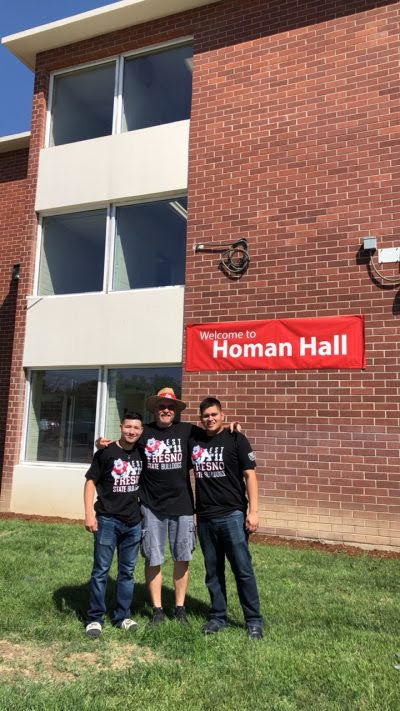 Aidan Joshua Garaygordobil, right, will most likely be joined by his sister, Alysa, next year at Fresno State.

So my son started college this week. Many parents can make that statement.

And yes, he started at Fresno State, and is living at the dorms with his best friend, Steven Lopez. Fewer folks can say that.

And maybe even less people can say they lost their best bud, first-born son and just an overall great guy.

But I did see my son Aidan on Aug. 21, his 18th birthday and first day of classes at Fresno State, and he did come home already Friday afternoon.

It feels a little different. I can't really describe what I feel. I give him a hug and tell him I love him. That hasn't changed. And I still text him every morning with a similar greeting.

And yes, he is technically still our DelanoNow and The Record's sports editor and will cover games for us throughout the football season.

I think my Bubba (as we call him) is an adult. He doesn't act or look any different. He even still acts like a kid (won't comment here).

It was hard to let go, and let him make his own decisions (academically and now personally on campus). I see a very happy young man following through on his college adventure. And I continue to pray that he follows that path and becomes what he wants: be a history teacher, and eventually a football/baseball coach, and a man who will stand on his own.

My son wants to give back to the educational community he benefited from and hopes to use what he learned as a three-sport athlete to help coach the youth of Delano and surrounding communities.

To say that I'm proud of our Aidan is a serious understatement. His college journey will have bumps, just like mine (hopefully not as many!). I don't have time to get into it, plus I don't want to give anyone any ideas.

As any parent will tell you, it is truly hard to let a child go. And I have a daughter, Alysa, who is a senior at Delano High this year and will likely join her brother and Steven (her best friend also) at Fresno State next year. So I will have even more to miss at that point, so I really can't think of that right now.

Being a dad means being the guy who makes sure everyone is taken care of and safe. Hard to do when half the family lives 75 miles away. But, I have a year to work on it.

Men are not supposed to show emotion, either. No crying or tears. But, I know when I left my boys on Sunday, I was certainly crying on the inside. When I get to see them on weekends and special occasions, I get to show the joy of being a parent.

When they leave on Sunday afternoon, that joy will certainly turn back into missing them tremendously. However, I think my extreme pride will somehow overcome that.

Gone still are all little face-to-face conversations — about something that happened at school or practice, how bad the Angels are doing, but how great Mike Trout is playing. Just him asking to play his Xbox on my TV or wanting to get on the home computer we all share. Him asking to take the car somewhere.

Just the daily getting up and getting a hug from him or bumping tummies or lowering my head to gently bump foreheads as I give him a peck on side of his head. It sounds routine, but that's how I express love to my son. And now I can only do it once a week at the most. But, it's worth it as he grows up, and I grow older.