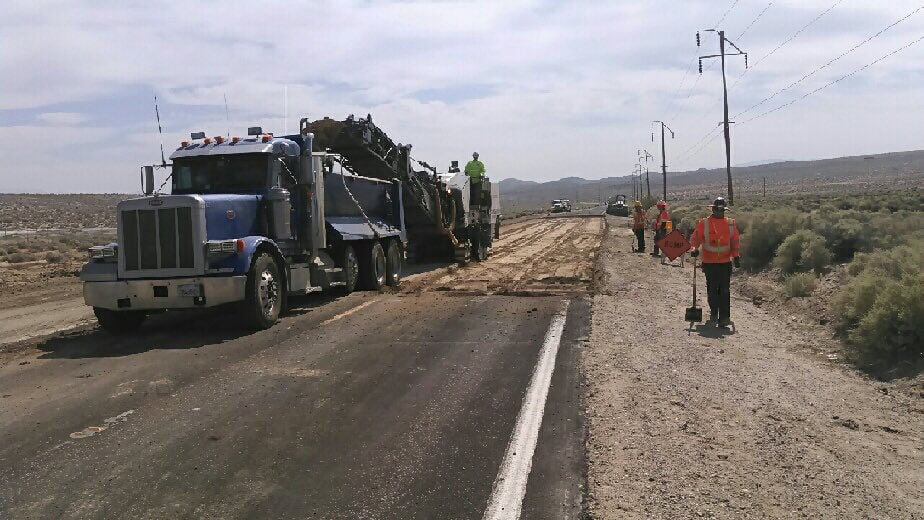 One-way traffic controls are in effect on Highway 178 east of Ridgecrest as road repairs are underway following the earthquakes. 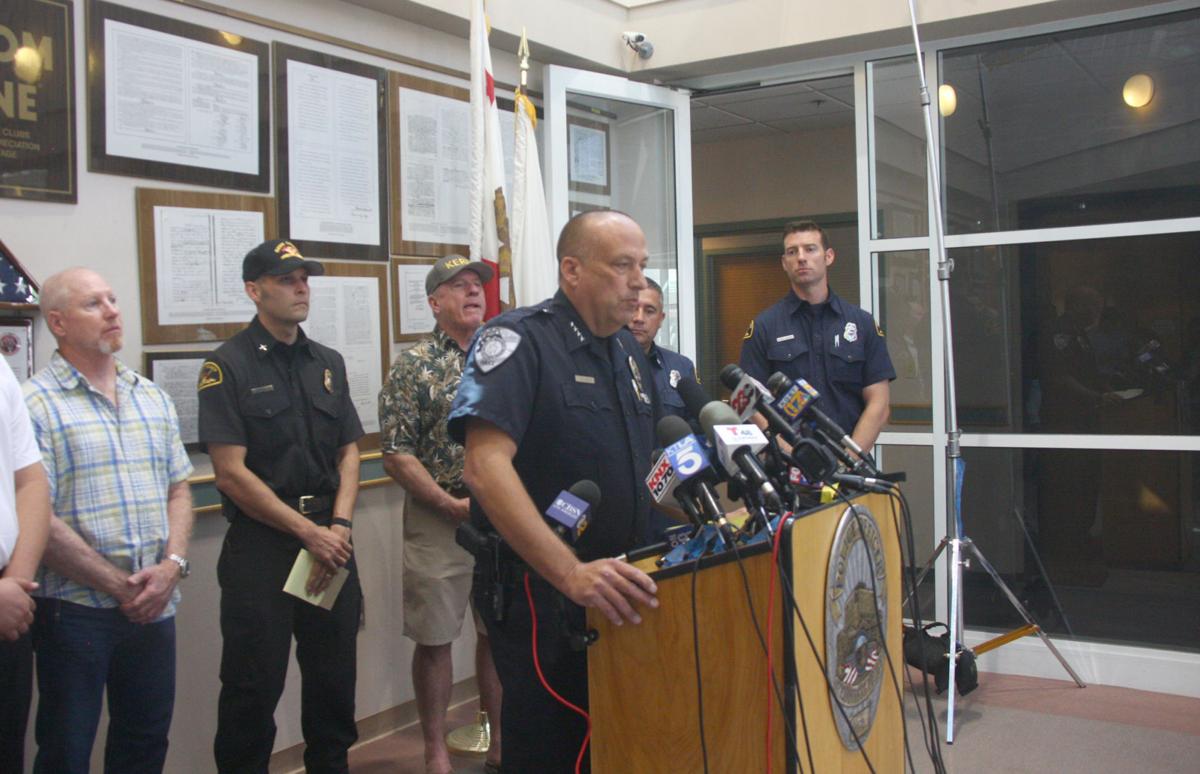 Ridgecrest Police Chief Jed McLaughlin speaks with media on Sunday at Ridgecrest City Hall, saying that now is the time for recovery.

One-way traffic controls are in effect on Highway 178 east of Ridgecrest as road repairs are underway following the earthquakes.

Ridgecrest Police Chief Jed McLaughlin speaks with media on Sunday at Ridgecrest City Hall, saying that now is the time for recovery.

The city of Ridgecrest is beginning to transition into recovery mode following two earthquakes centered near the city this past week.

Kern County Fire Battalion Chief Brandon Smith said crews from around the county are expected to begin leaving Ridgecrest in the next day or so as the city continues its recovery.

Friday's temblor came in at magnitude 7.1, although it was also previously reported at 6.9, according to the U.S. Geological Survey. It surpassed the July 4 6.4 earthquake that took place in what appears to be the same general area.

Gov. Gavin Newsom declared a state of emergency in both Kern and San Bernardino counties.

"The folks in Ridgecrest and around the area have been exposed to this for several days," said Megan Person, director of countywide communications for Kern County. "It's extremely stressful."

Person said residents in both Ridgecrest and Bakersfield need to continually be prepared for aftershocks and earthquakes. While she wasn't going to make any predictions, she said the aftershocks are expected to continue.

"What we do know is that it is likely that you will feel 4 and 5 point aftershocks," Person said. "You need to be prepared."

Smith added that there are some 102 people being served at the Red Cross shelter in Ridgecrest, and the Red Cross is still "actively supporting" the community. Smith urged those who are ready to go back into their homes to be cautious and to have a plan in place if another earthquake were to occur.

"If you are going back in your homes, just check your house and make sure it's safe," Smith said.

The dam at Isabella Lake has been deemed as safe after both earthquakes. Engineers have reassured first responders that the dam is not damaged, Smith said.

"We are very fortunate," Smith said. "We feel very confident with the reassurance they've provided us."

Both Smith and Person urged those wanting to donate to only make monetary contributions or to donate time to the Red Cross.

The earthquakes caused cracking in three separate areas of the highway within a four-mile stretch, Caltrans reported.

One-way traffic control with assistance from a pilot car is in effect. The construction is expected to last through the end of the week.

Interim Caltrans Director Bob Franzoia signed an emergency order allocating $3.1 million for the repairs, Caltrans said. Sully-Miller Contracting Co. has been contracted to do the work.

If you are interested in helping the victims of the Ridgecrest earthquakes, the American Red Cross is accepting monetary donations through its website, www.redcross.org.

Ridgecrest searches for stability as aftershocks roll through city

As aftershocks continued to roll through Ridgecrest on Monday, the city slowly began to try to find a sense of normalcy following two large ea…