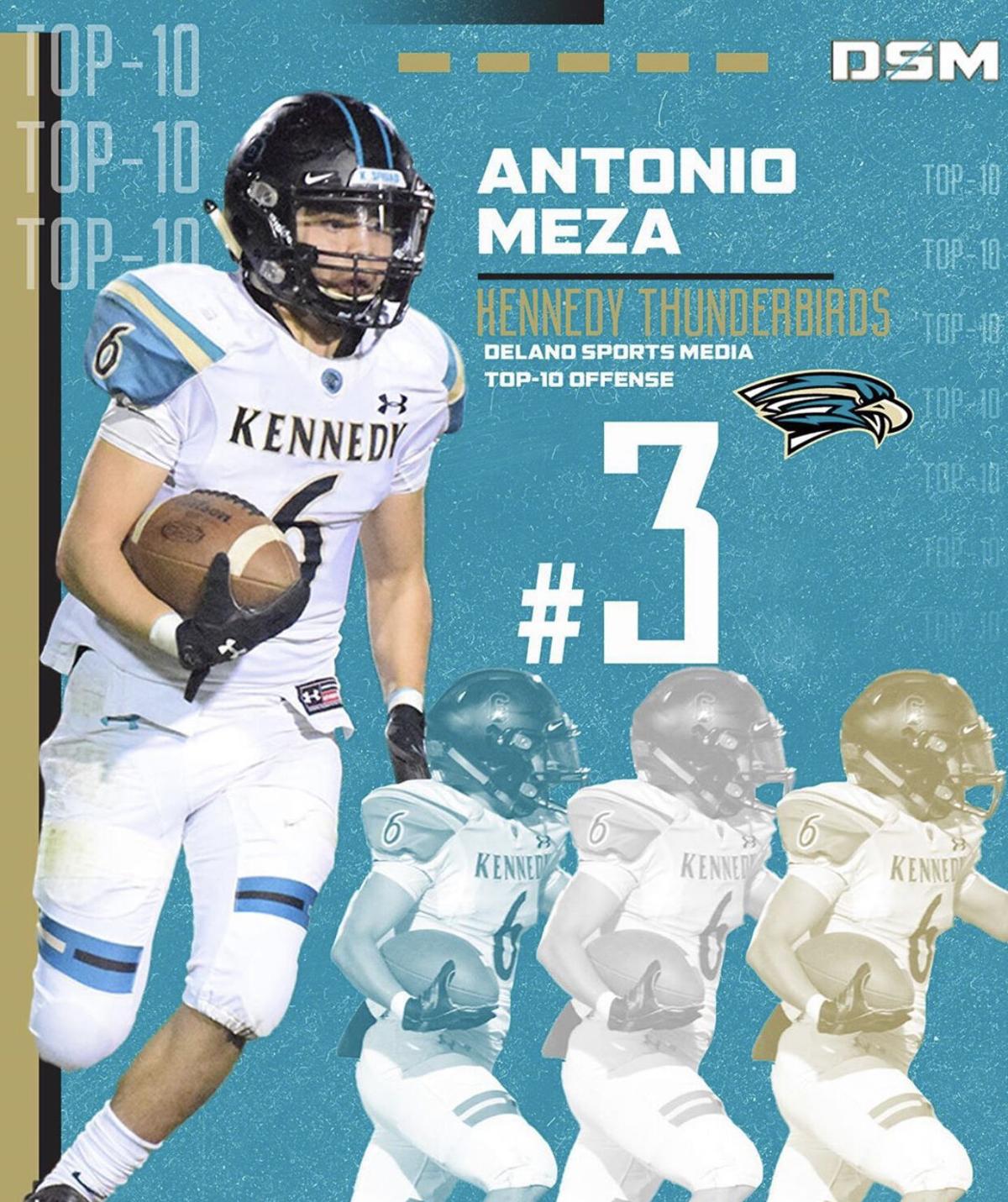 Senior running back Antonio Meza led all underclassmen in rushing and was the leading receiver for the Robert F. Kennedy Thunderbirds last season. 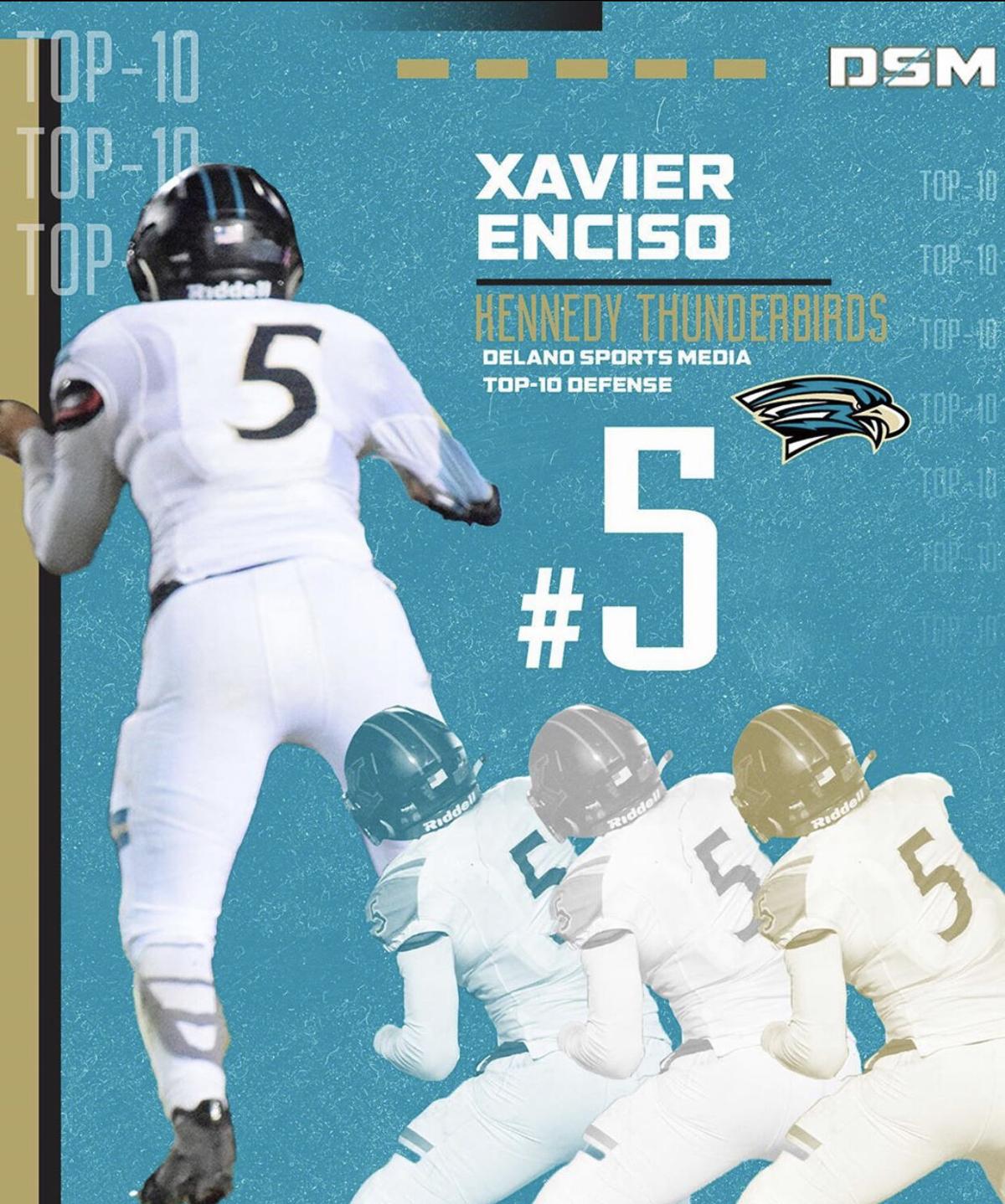 Xavier Enciso is set to be a key component of Robert F. Kennedy’s defensive line this year.

Senior running back Antonio Meza led all underclassmen in rushing and was the leading receiver for the Robert F. Kennedy Thunderbirds last season.

Xavier Enciso is set to be a key component of Robert F. Kennedy’s defensive line this year.

After making the Central Valley Division IV semifinals, the Robert F. Kennedy Thunderbirds head into the 2022-21 football season with many expectations.

Once again the team has lost the majority of its starters to graduation, but under head football coach Mario Millan, that has never been much of a problem for the Thunderbirds.

However, the team does have a set of players ready to lead the Thunderbirds in the upcoming season.

The first player on this list is Avian Pesina, who serves as Kennedy’s running back on offense and an outside linebacker/defensive back on defense.

The incoming junior was second in rushing for underclassmen this past season and played a key role in the offense. Like most Kennedy players he also played on the defensive side of the ball in a variety of positions, ranging from outside linebacker to cornerback. This season, Pesina is in prime position to stand out for the Thunderbirds -- on both sides of the ball.

The next player is Manuel Beltran, who played as an outside linebacker for the Thunderbirds. With 30 solo tackles, complemented by four sacks, the linebacker is set to take a key role this season for the Kennedy defense.

Staying on the defensive side of the ball, the next set of players are Luis Carrillo Jr. and Xavier Enciso. Both players are key components of Kennedy’s defensive line, and both stood out last season.

The pair both had a sack in their junior seasons, but as a defensive end, Enciso lead the two in tackles with 43, with Carrillo was right behind him with 38 tackles himself.

Switching over to the offensive side of the ball, there is incoming senior Antonio Meza. The Kennedy running back has been part of the offense for the past two seasons. This past season he led all underclassmen in rushing as well as being the leading receiver.

Entering his senior season, his experience in the past two seasons has set him up to be Kennedy’s offensive leader.

Next week we will go over the Delano High School players that will lead the Tigers in their upcoming season.