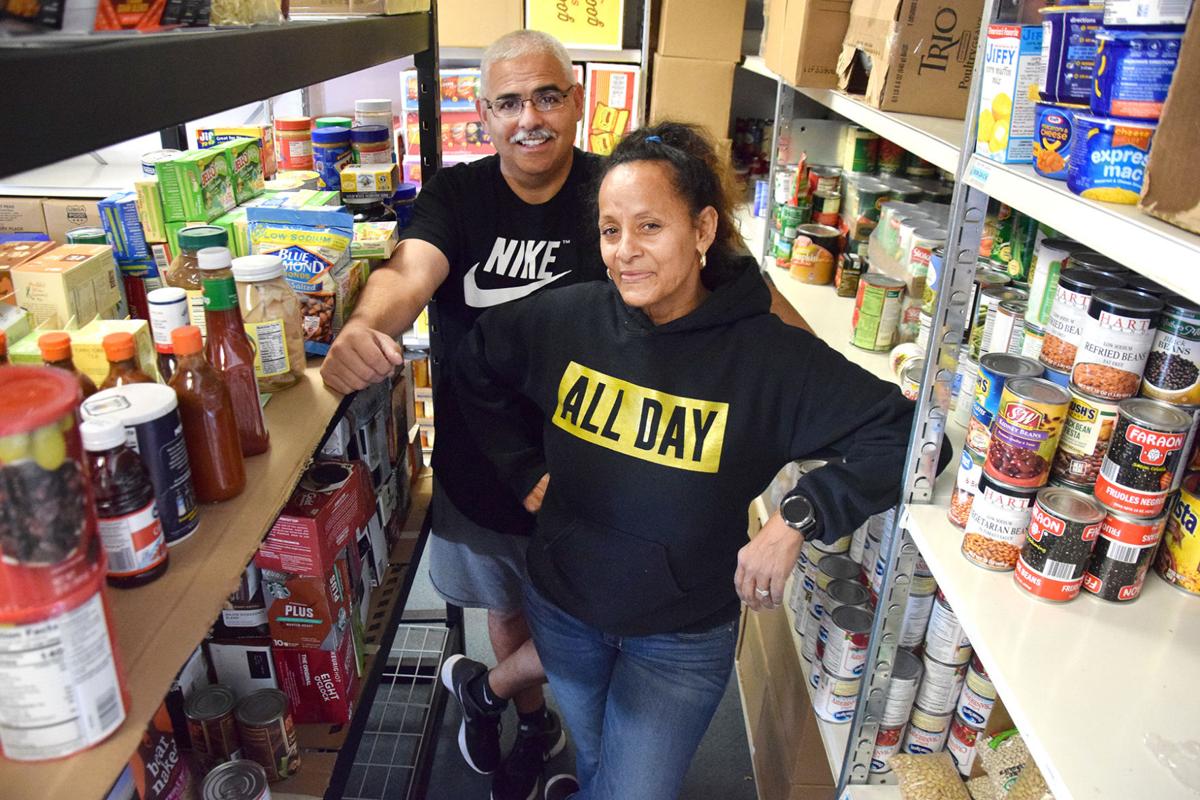 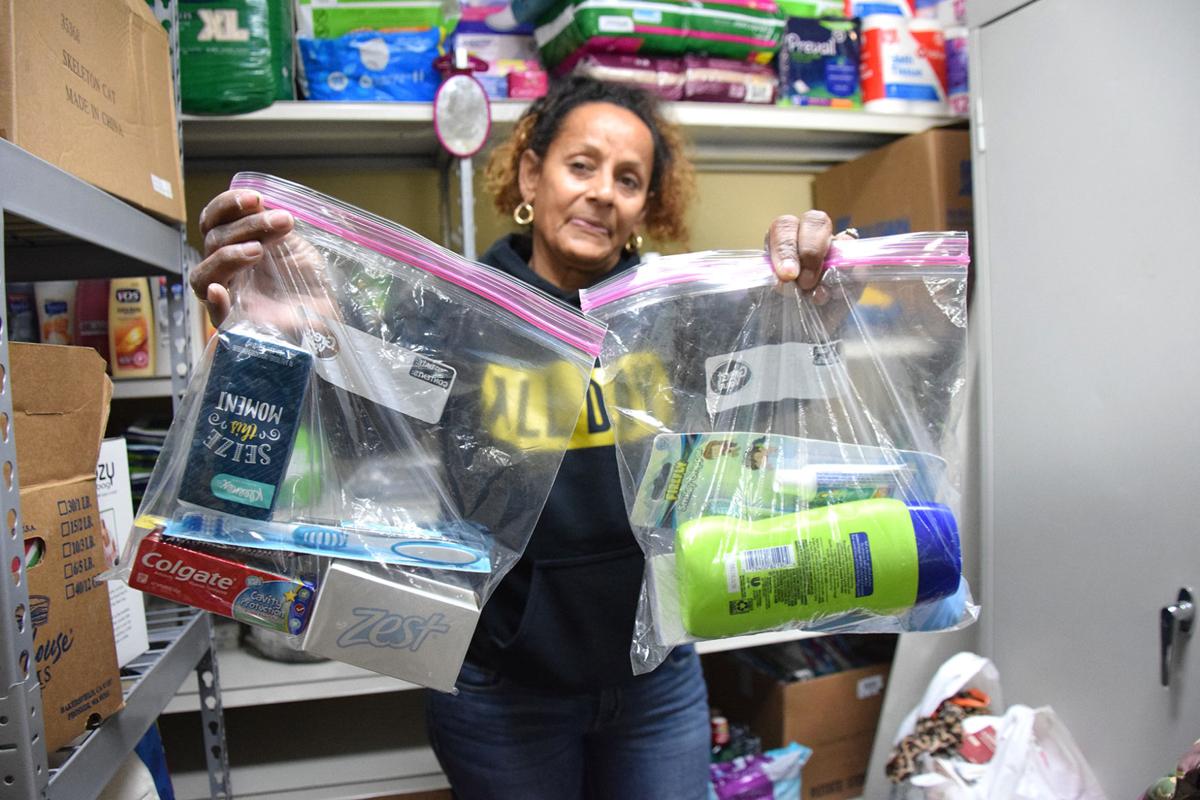 Claribel Gutierrez puts together toiletries to hand out along with food for those in need. 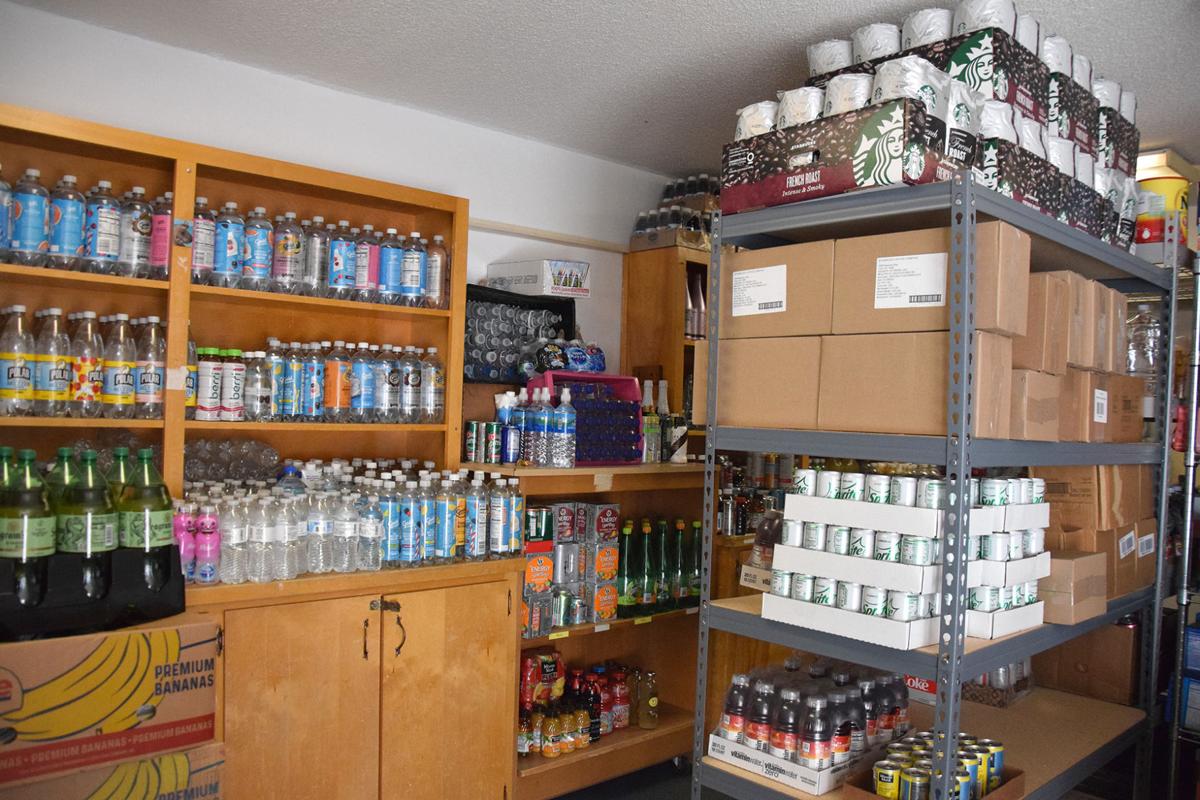 Water, coffee and juice are some of the items stocked up in the food pantry.

Claribel Gutierrez puts together toiletries to hand out along with food for those in need.

Water, coffee and juice are some of the items stocked up in the food pantry.

For Claribel Gutierrez, it's all about the relationships — the main one with God,  the people she helps daily and those who help her do it.

On Saturday, she spent a few hours at the First Assembly of God Church on 9th Avenue in Delano receiving food donations. Almost as soon as she received items, she had "her receivers" show up and take as much as they could carry or pack into their vehicles.

Her food pantry has now grown into four full rooms at the church. On Jan. 20, she and her volunteers and friends provided food and essentials to about 300 people at Cesar Chavez Park in Delano. It is one of the many times her food pantry and its volunteers reach out to the community.

Every day at 10 a.m., she is at the church waiting for those who show up and receive her help. On Fridays, she is busy picking up donations from all over the area. And everybody seems to have her phone number.

"If you are doing what you are supposed to do, it's a God thing," 51-year-old Gutierrez said.

Jamie Brewton and her children, Penny and Richard, were one of the families that drove up to receive some help.

"We've know each other for quite a while," Brewton said. "We met like 10 years ago."

One of her main helpers is Mario Nunez, himself helping the Delano Police Department with its annual Shop with a Cop event.

"I met Claribel 20 years ago, when she was on the other side of the law," Nunez said.

"He saved my life," Gutierrez answered back.

Nunez, a K-9 officer at the time, recalled meeting Guitierrez in Delano's old Chinatown neighborhood — a not-so-nice place, especially for a young woman.

"The old chief, Griggs, had a mission for me to clean up Chinatown," Nunez remembered vividly.

Drug use was the area's main problem, besides prostitution and other similar crimes. He remembers first arresting the drug users, but it seemed the problem just continued. So he went after who was selling them.

He noticed a pretty young woman, who appeared to be selling drugs. After arresting several of her customers, he said he would park his patrol car out in front of where she was standing.

He said he remembers telling her that someone would be going to jail.

"I was losing business because of him," Guitierrez said.

Finally, Nunez arrested her on suspicion of possession for sale of three packaged 8-balls of dope, worth about $60. She remembers that she just forgot to drop the drugs when officers arrived.

But maybe it was a sign. She remembers telling Officer Nunez that she would "be back," and him saying, "we will be here."

Instead, Guitierrez decided to go into recovery. "And I have been there ever since, doing what I am supposed to do."

Instead of going back to New York where she had some criminal gang issues, she "came to Delano, where I did the crime."

"Now, everybody helps everybody, and sharing is caring," she said.

Nunez said, all you have to do is "call her and she will give up whatever she has."

On Saturday morning, two of the rooms were brimming with packaged goods, drinks of all kinds, canned goods and even assorted baby food. She also has a room with racks of gently used clothing, and just recently entered into a partnership with Walmart to get its slightly damaged clothing.

She is also working closely with David Springs from a food bank in Bakersfield.

He sometimes provides her with fresh fruit and veggies along with ice cream and other perishables.

"We went up there and he had donated to 10 churches in total," Gutierrez said. "We were able to bless all the communities we serve."

She sometimes uses social media or call her regulars or friends to "come and get" food so it won't spoil.

Guitierrez also gets a daily donation from Starbucks, including some of its food, and additional help from the Delano Kiwanis Club, American Legion and the Elks Lodge. Wonderful Co. also provides oranges and grilled food every week, among other stuff.

Nunez said he remembers his tough childhood, and was extremely thankful when his family received help.

"If it wasn't for programs like this, we wouldn't have had stuff," he said.

His mom, who recently passed away, told him, "Every time you get stuff, you have to be grateful -- and give back to the community."

The pantry "turns no one down." If Gutierrez can't use it, she will give it to Goodwill or the Salvation Army.

She said nothing could be done without First Assembly of God Pastor Larry Sullivan.

"He makes it so easy to help people," Gutierrez said. "He sees people like Jesus did ... And he allows me to grow."