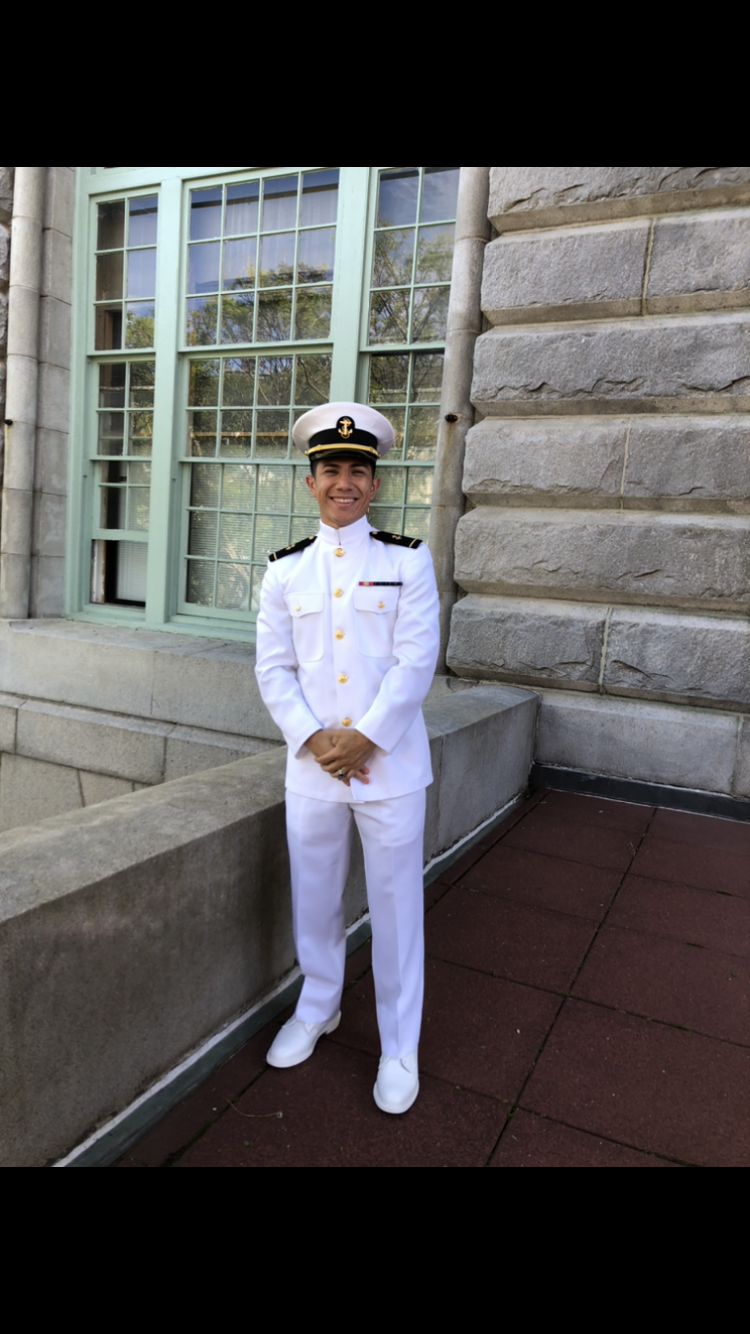 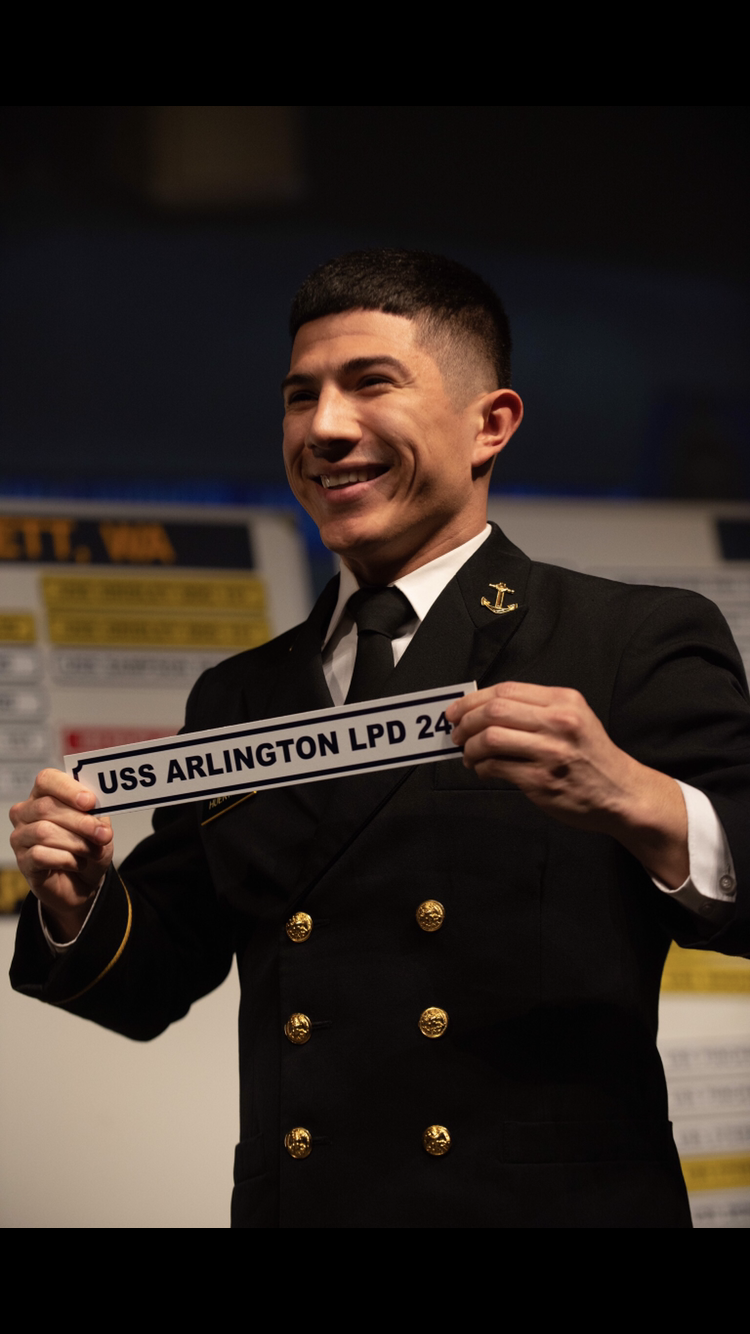 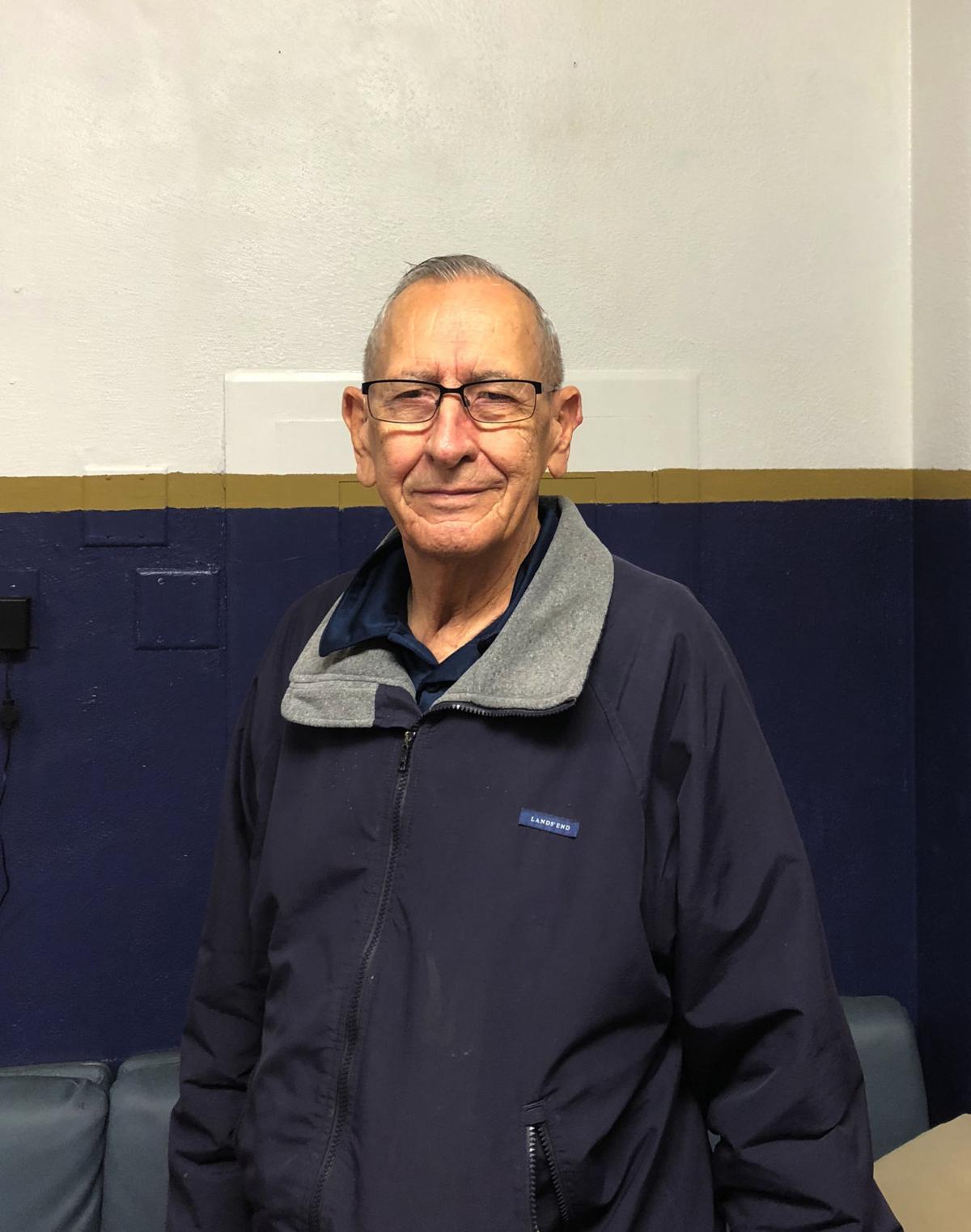 Miguel (Mikey) Huerta, the most recent Delano youth to attend a military academy (as far as I know), compiled a 4.0 GPA at Delano High from where he graduated in 2016.

He graduated and was commissioned from the United States Naval Academy in May 2020. He is currently an ensign serving in the U.S. Navy and stationed in Norfolk, Va. He will be a division officer onboard the USSA Arlington for the next two years. The length of his current commitment is five years.

He is the son of Claudia Molina and Miguel Huerta and has a sibling, Mya, who attends Cecil Chavez High School.

At Delano High he played varsity two of his four football years and scored the winning touchdown against Mira Monte High School in the 2015 season on a 100-yard interception return. He ran on Tiger 4x100 relay teams, pole vaulted and ran the 300 meter hurdles in track.

“Mikey” said at age 8 his mom enrolled him in the Bakersfield Young Marines and by age 10 he wanted to venture to other programs and joined Delano Police Explorers. Knowing he wanted a military structured program, he joined the Bakersfield Sea Cadets age 11 through his high school years.

Huerta arrived at Annapolis, Md., on June 30, 2016, as one of about 1,200, entering plebe summer before being a midshipman going into the academic year.

At the Naval Academy he says all graduate with a Bachelor of Science degree. The first two years all take the same classes, including Chemistry I and II, calculus, physics, cyber security, English, naval history, United States government, naval leadership and seamanship.

Summers are split into three portions, one being professional training and personal development, another either on leave or taking another training if available, and the last summer before graduation he spent the first part at Marine Corps Base Quantico, Va., where he was with Marines training in their combat courses and programs and spent time in the woods carrying out field exercises. The second part was traveling to Israel to attend Tel Aviv Cyber Week Conference and visiting Jerusalem and then visiting at home.

The last portion he spent leading a company of 40 incoming Naval Academy prep candidates and 15 of his peers in training and developing of the incoming candidates through the indoctrination summer in Rhode Island.

“Since Naval Academy is a military institution, I spent most of my time in Maryland on base and was able to visit a few times a year at home when on leave.”

He said he majored in cyber operations, which looks at cyber security through a military context, specifically the technical tools utilized to conduct cyber warfare and the policies that frame it.

Huerta said that from high school he was most prepared due to the rigors of taking multiple AP classes taught by some of the best teachers, “including Mr. McDowell, Mr. Fontejon and Ms. Mello.” He also gave thanks for the guidance of “great people like Lon Chaney through Boys State, and teachers, coaches and friends who were supportive for a guy with big dreams.”

He said he was least prepared because he was a student-athlete and the time management and academic rigors of the Naval Academy were definitely more difficult to get acclimated to.

Huerta reflected on his four-year academy experience. “The USNA has given me the best education, unforgettable experiences, lifelong friends across the globe and the ability to develop myself as a person and leader. I’ve met people from all over the world who have become some of the best of friends, traveled to some of the coolest places on behalf of the Navy, my favorite being Israel, and I get to lead some of the finest men and women in the U.S. Navy."

March 24, according to Delano High athletic director Albino Duran, will be the first reading of proposed league realignment, which would take place prior to the 2022-23 school year. The meeting will be by Zoom for central section schools.

Duran said the proposal calls for Delano to be moved from the East Yosemite League to the South Sequoia League starting the fall of 2023, but he said the vote could favor the status quo.

Delano High’s enrollment dipped two years ago below that of Cesar E. Chavez High and this year has fallen behind enrollment of Robert F. Kennedy as well.

With the possibility of spring sports this spring for the three Delano high schools, there is a problem of transportation.

During a normal school year, the student-athletes from Earlimart, which furnishes nearly half Delano High’s student body, and Richgrove, which “feeds” Cesar E. Chavez High School, would already have student-athletes at school and then furnish them transportation home.

The district probably will not provide transportation to and/or from practice. Late last spring it was reported by one staff member that only about 13 students could meet the safety criteria and be transported on a school bus. That would translate into about four buses needed to transport students from a normal filled bus.

To earn funds to cover plaque costs, the Lions hope to resume their sale of two-pounds of tri-tip and a pan of rice pilaf for a $40 donation.

The club had been distributing the takeout food at the La Vina Middle School parking lot.

The board of the North Kern District Cemetery at Albany Street and Garces Highway has been meeting with Delano Police to seek better enforcement of cemetery district rules at the cemetery, which has been the site of a shooting, partying and other behavior that is not supposed to be permitted at the site.

Already the board has determined that new signs showing the penalty for violating the law and establishing new opening and closing rules are being considered and will soon go into effect.

The board has decided not to have flags placed on military graves or to have a ceremony on Memorial Day, citing the continuing danger of the pandemic.

With all the “push” to have young people go to college and universities, what is going to happen when the public needs plumbers, electricians and other such hands-on professions? I am looking for simply a “handyman,” but I cannot find anyone in the community to do that type of work.

I believe there is a demand for such talents, but educators are not promoting young people to learn those skills.