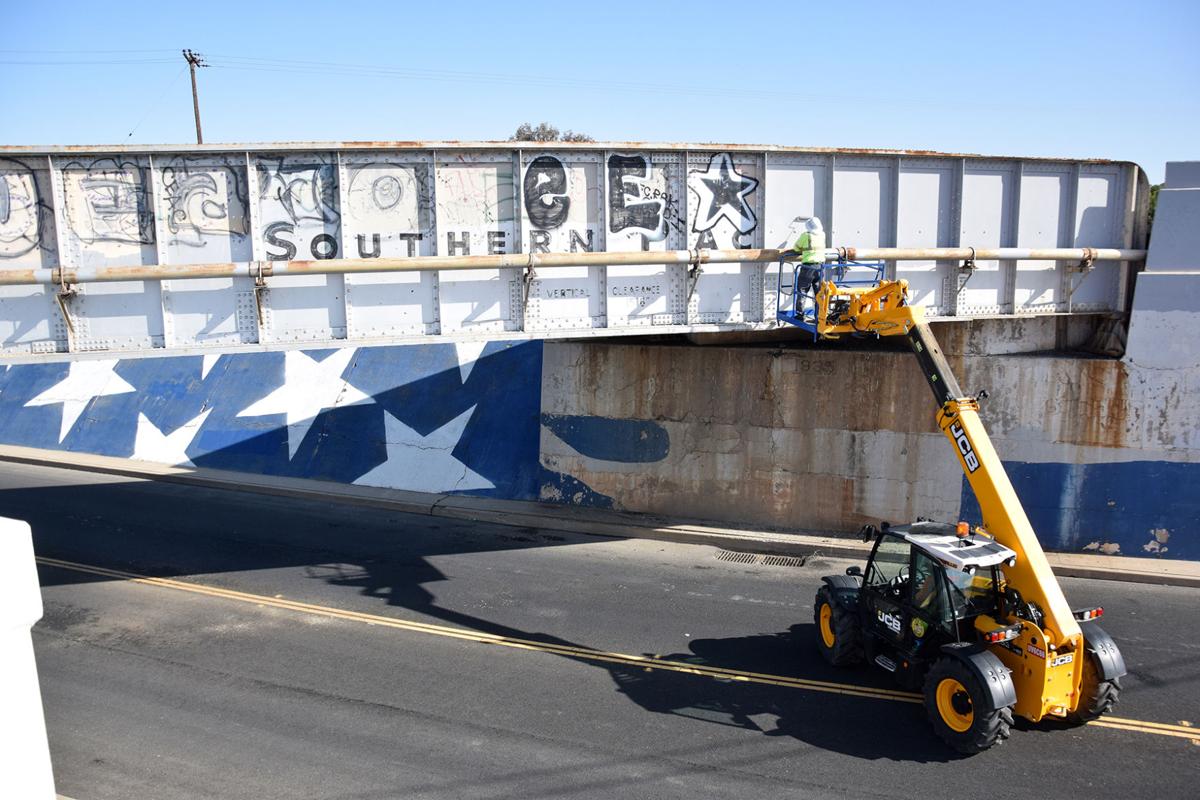 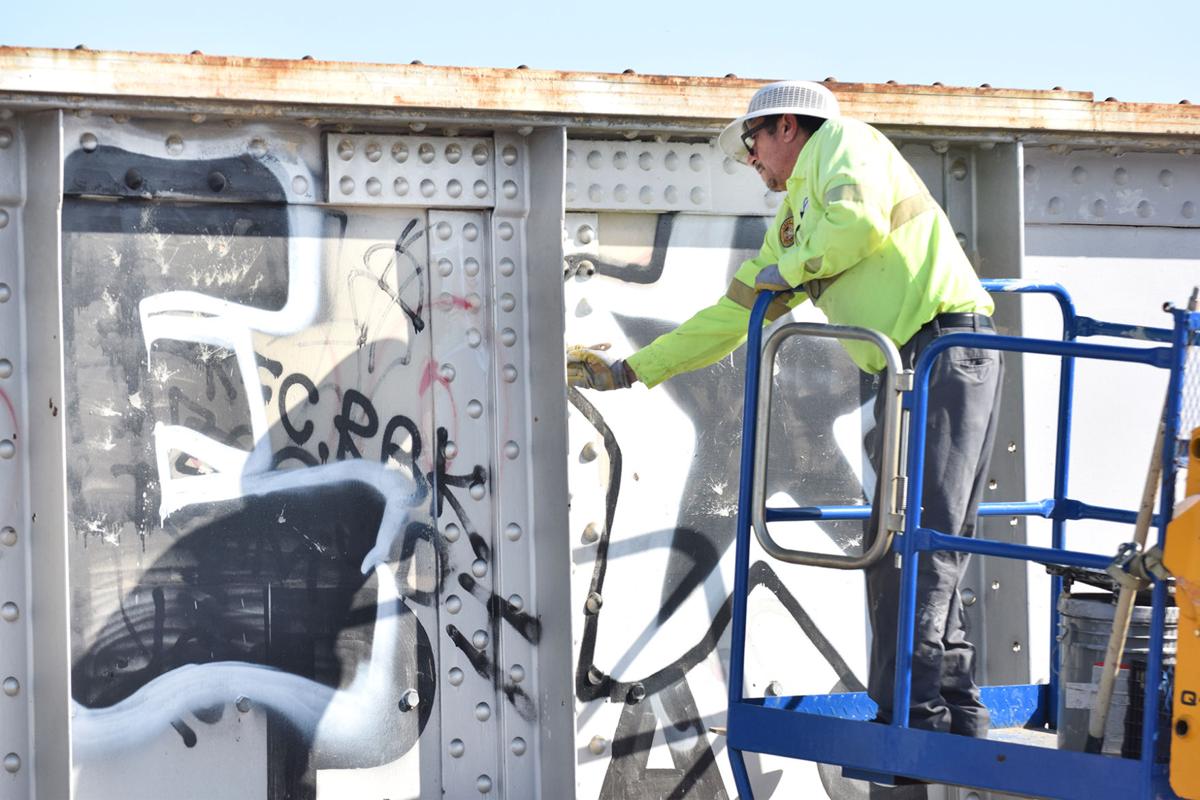 The concrete surrounding the street and the bridge has red and white stripes and white stars on a blue background. But the "Sukit" and other graffiti takes away from the general patriotic theme.

Last week, a public works worker spent a few days covering up the graffiti on the metal railroad bridge over the southern end of High Street.

POP is a form of policing that encourages officers to address the root of policing problems, Nevarez explained. Rather than respond to calls and solely address violations of law, officers are encouraged to determine what has contributed to the location generating calls to begin with.

"I focus on stuff that patrol officers can't handle right away," POP officer Ephraim Ochoa said. "I try to solve it. One of my projects was to get (the bridge graffiti) cleaned up."

Ochoa became the POP officer in August. It's a position new to the department — "Community problem-solving, you could say," he said.

Ochoa has been with the Delano Police Department for six years and said he will tackle ongoing issues within the city that need to be taken care off — one at a time before taking up something new.

The Delano Public Works Department had one painter working on covering the bridge and another employee operating the machine to lift the painter up. It took about two days. A small portion of both bridge sides will be finished after the Thanksgiving holiday.

During most of the past decade, Delano officials have been trying to cover up the offensive graffiti. Part of the problem is past miscommunication between Union Pacific Railroad, which is headquartered in Nebraska, and the city of Delano. The area railroad agent is responsible for 500 miles worth of track.

Once Ochoa got hold of the agent, it took about three months to get their response.

"We asked if we could basically abate the graffiti ourselves," Ochoa said.

The graffiti has been there for years, and the former Delano police chief also had been trying to get it physically cleaned up.

"Our (current) chief was able to get to it and through cooperation with Public Works to paint it," he said.

Nevarez said he selected Ochoa to head up POP efforts within the Delano Police Department and he has hit the ground running. Having an officer dedicated to POP is critical since patrol officers may not have the time or base work hours necessary to follow through on a project to completion.

"This graffiti is one example of what can be done through POP," the chief said. Additionally, Ochoa was selected because of his dedication to detail and his tenacity in following through on projects.

Nevarez has a passion for POP, having seen what a difference it can make in reducing crime and lowering calls for service. At his previous agency, Nevarez was a POP sergeant and responsible for teaching POP principles to the entire 850-officer workforce.

"In essence, Ochoa works problem locations by addressing property owners and other parties ultimately responsible for locations that generate calls for service," Nevarez said. "We don't restrict ourselves by only using the tools on our utility belt."