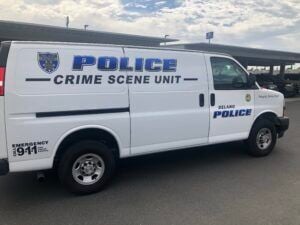 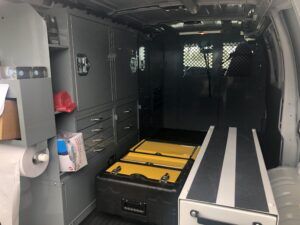 A look at the interior of the new Delano Police Department Crime Scene Investigations van.

A look at the interior of the new Delano Police Department Crime Scene Investigations van.

Last week, we unveiled our newest tool to help solve the most horrific crimes occurring in our community, a Crime Scene Investigations van. I wanted to take a few minutes to explain the rationale behind this acquisition.

In my 34 years of law-enforcement experience, I have been present at the scene of dozens of high-profile crimes. Most of these were during my time with the Fresno Police Department. The Marcus Wesson mass murder and Carrillo Nightclub massacre were two such incidents. Unfortunately, in only two years at the Delano Police Department, I have already been to numerous shooting scenes that involved multiple victims.

Needless to say, when such tragedies take place, the impact to the families is considerable, and the effects reverberate for years to come. There is also an effect on the community at large. Solving these crimes and bringing the perpetrators to justice is one essential way to allow the healing process to begin.

From the perspective of police leadership, when the call goes out for help, it is absolutely essential that law enforcement arrive quickly and properly secure the scene. With about 10 square miles to police, we are blessed in Delano to have a well-earned reputation for arriving to calls fast. This substantially increases the likelihood of preserving and recovering valuable, necessary evidence. Anyone who saw the O.J. Simpson trial on TV knows how much of a challenge it can become for the prosecution when the crime scene is perceived to be handled in an unorganized or sloppy manner.

In the past decade, the criminal justice system has acquired the ability to process crime scenes for an expanding list of physical forms of evidence. When I came on in the 80s, fingerprints, shoe prints and tire tracks were the main source of information. Today, we have the ability to obtain blood, hair, DNA and gun-shot residue, just to name a few. It has now become common place for police departments to obtain vehicles dedicated to crime scene investigations. These vehicles are designed and dedicated solely for dispatching to locations requiring their capabilities.

To accomplish this in Delano, our City Council approved the purchase of a 2020 Chevrolet Cargo van for $26,000. We then used a Justice Assistance Grant to purchase interior storage and crime scene processing equipment.

Delano City Council member Joe Aguirre agreed about the need for such technology.

“In being the second largest city in Kern County, we have had a need to acquire a contained 'CSI' Crime Scene Investigation van to maintain and sequester evidence during a critical event,” Aguirre said. “This is but another tool to assist our peace officers to do their job and eliminate delays for critical supplies and tools needed during an investigation.”

It is my hope that we will never have to use this van in response to a future murder, robbery, rape or other violent crimes. With that said, in the event of such a tragedy, having a Crime Scene Investigations vehicle will significantly bolster our chances of identifying the culprits.