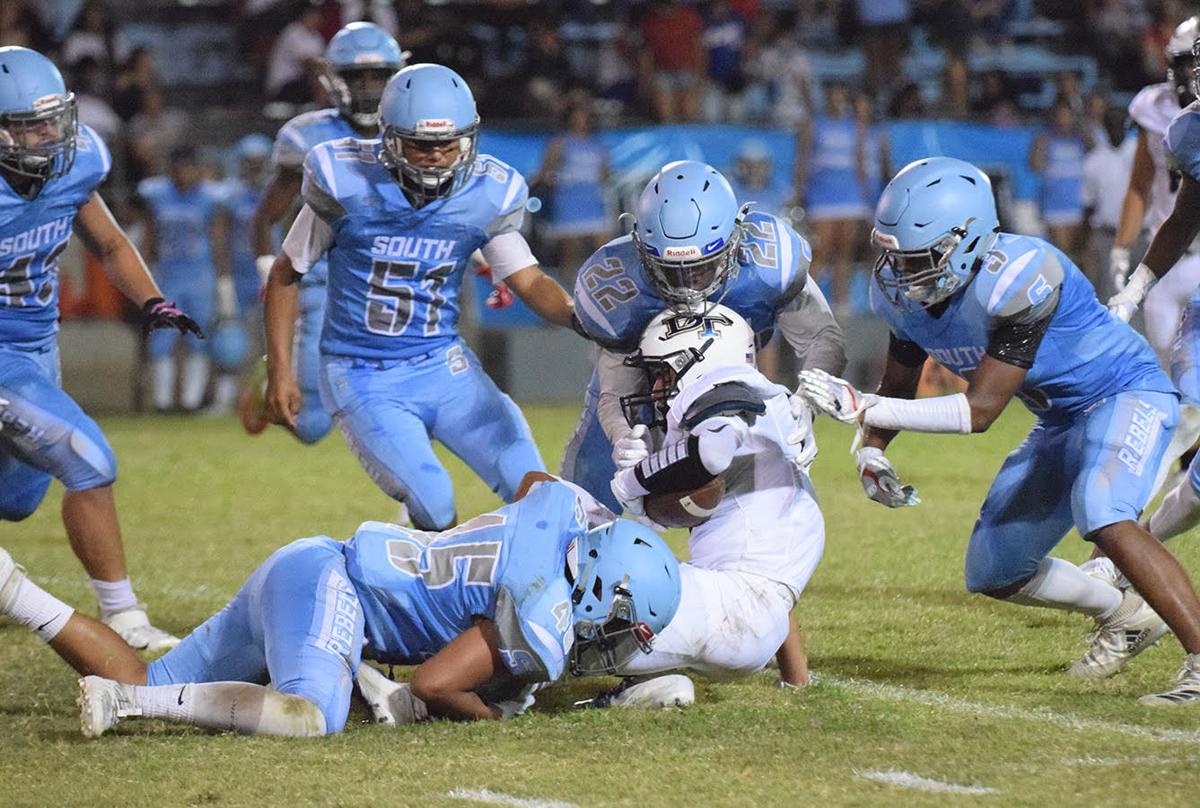 A Delano receiver is smothered by a plethora of Rebel defenders. 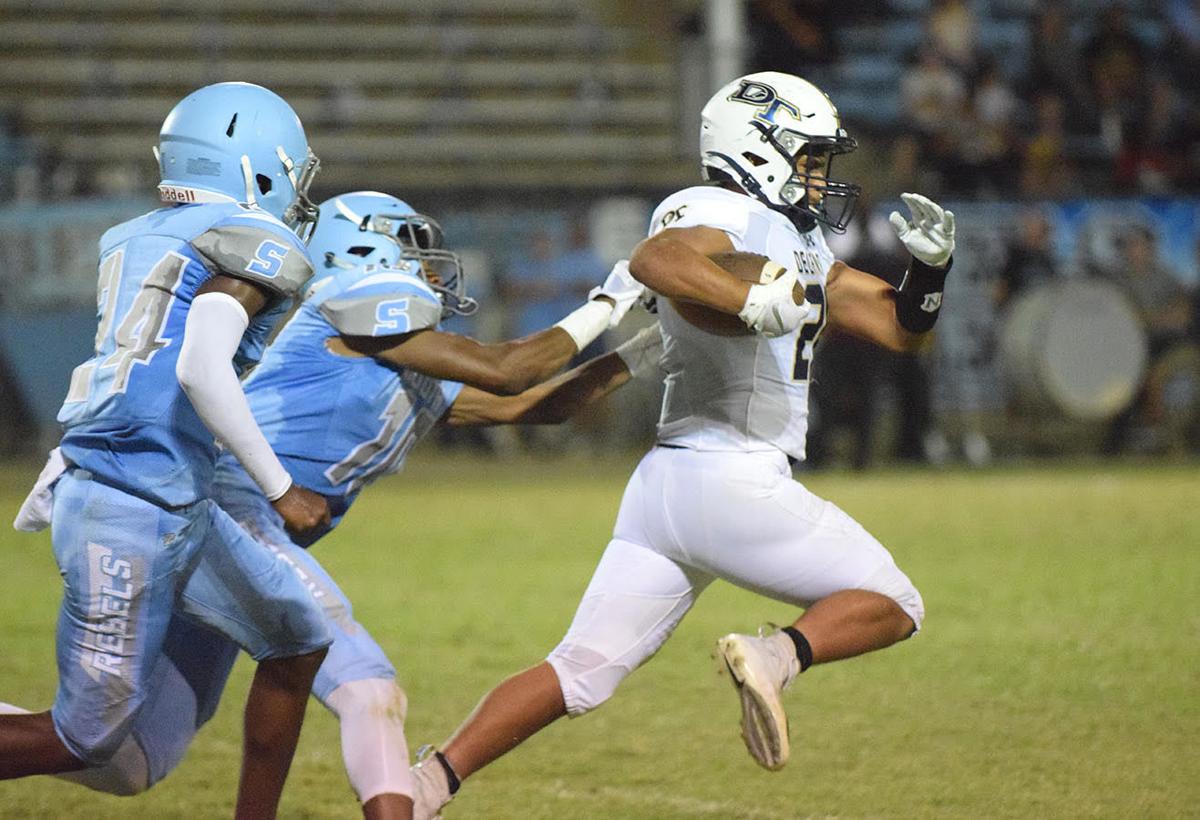 A Delano receiver is smothered by a plethora of Rebel defenders.

Delano High School football traveled to South High School Friday and lost 35-7. Not much to write home about.

Well, last year, the Tigers lost 66-7 at home to the Rebels. And Friday's game was relatively close in the first half, as the score was 14-7, with South in the lead at halftime.

Delano's non-league schedule will include a home game against East High this Friday. The Tigers then have a bye week on Sept. 13, followed by a visit to Foothill on Sept. 20.

Then comes a "Tiger on Tiger" battle with Wasco on Sept. 27.

East Yosemite League play then kicks off on Oct. 4 against the always tough Tulare Western on the road. The following week, Delano will face the very tough Tulare Union, with back-to-back away games at Bob Mathias Stadium.