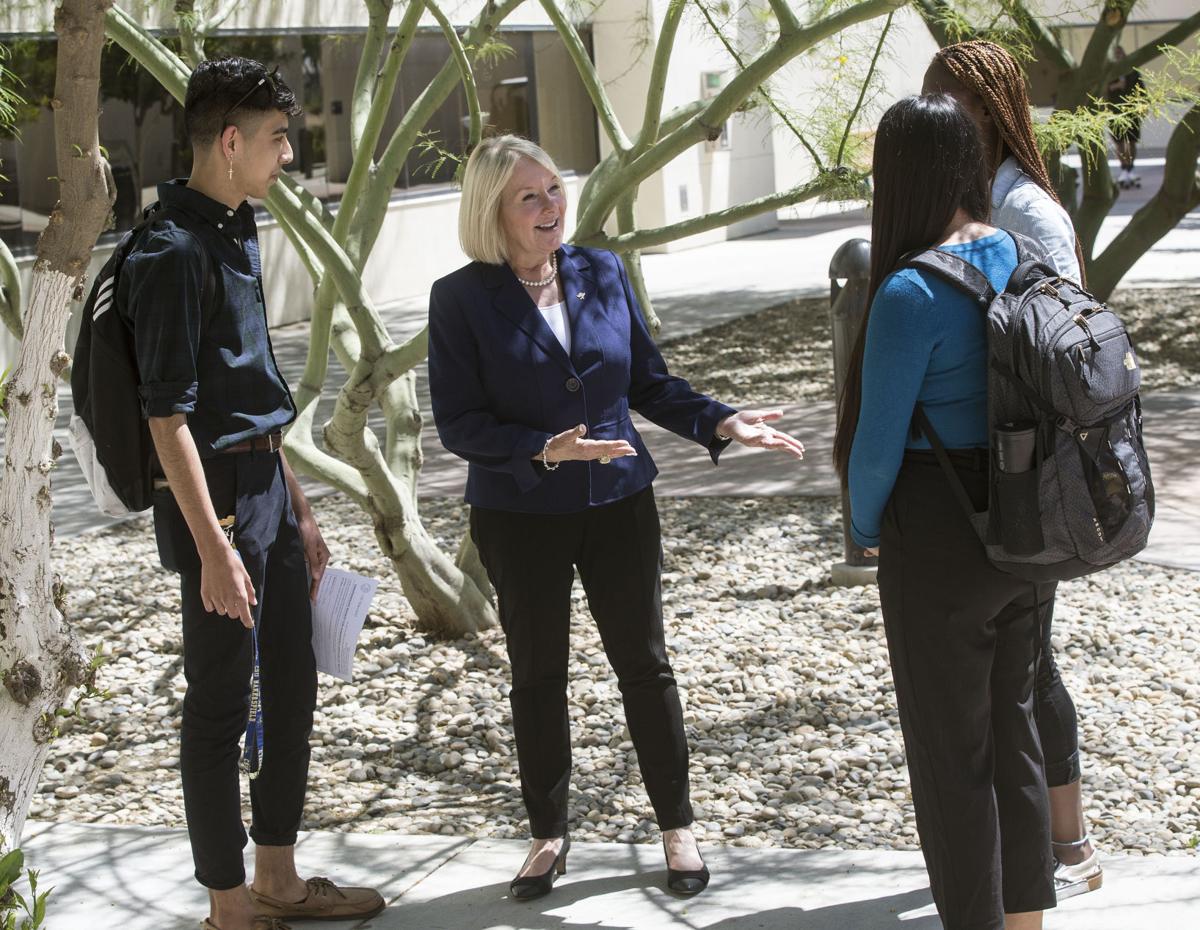 In this file photo, CSUB President Lynnette Zelezny visits with students every day. On an April 2019 day, she was visiting with CSUB students Carlos Huerta, Lizeth Baza and Jasmine Walker. 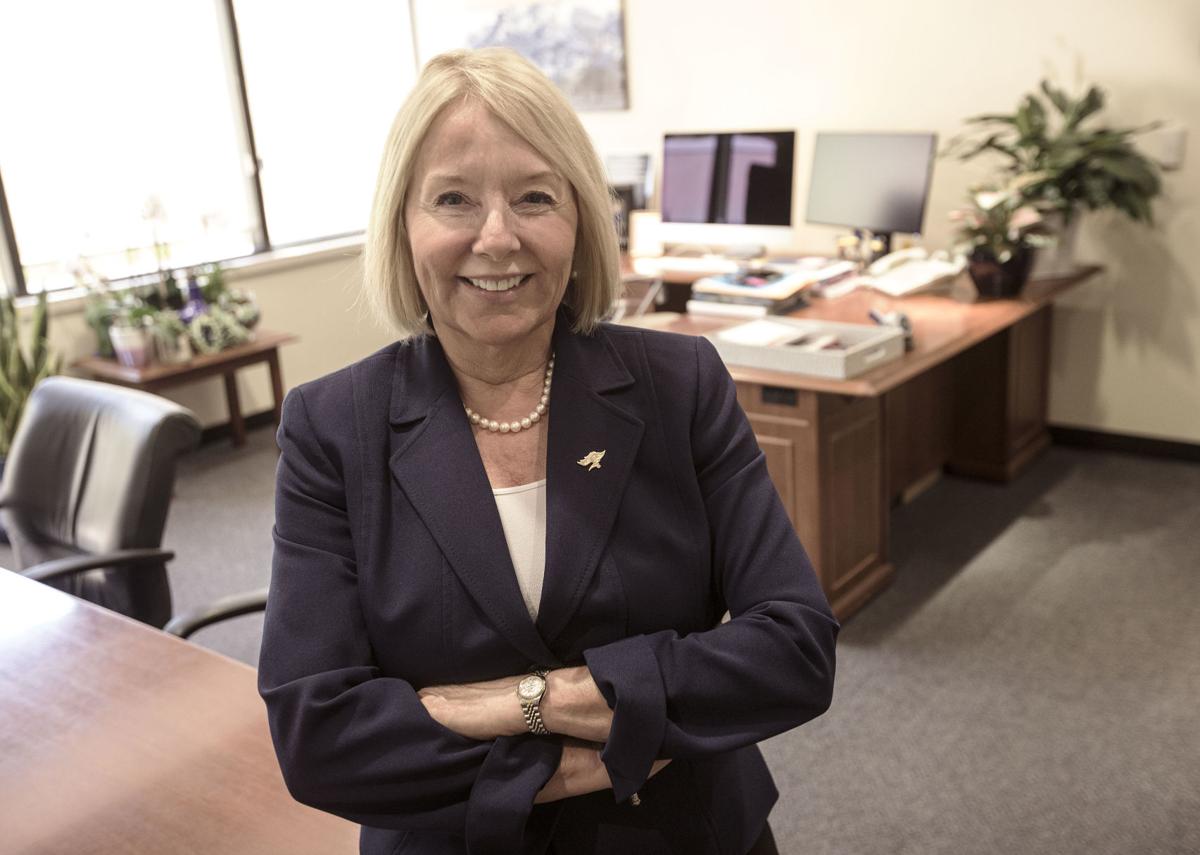 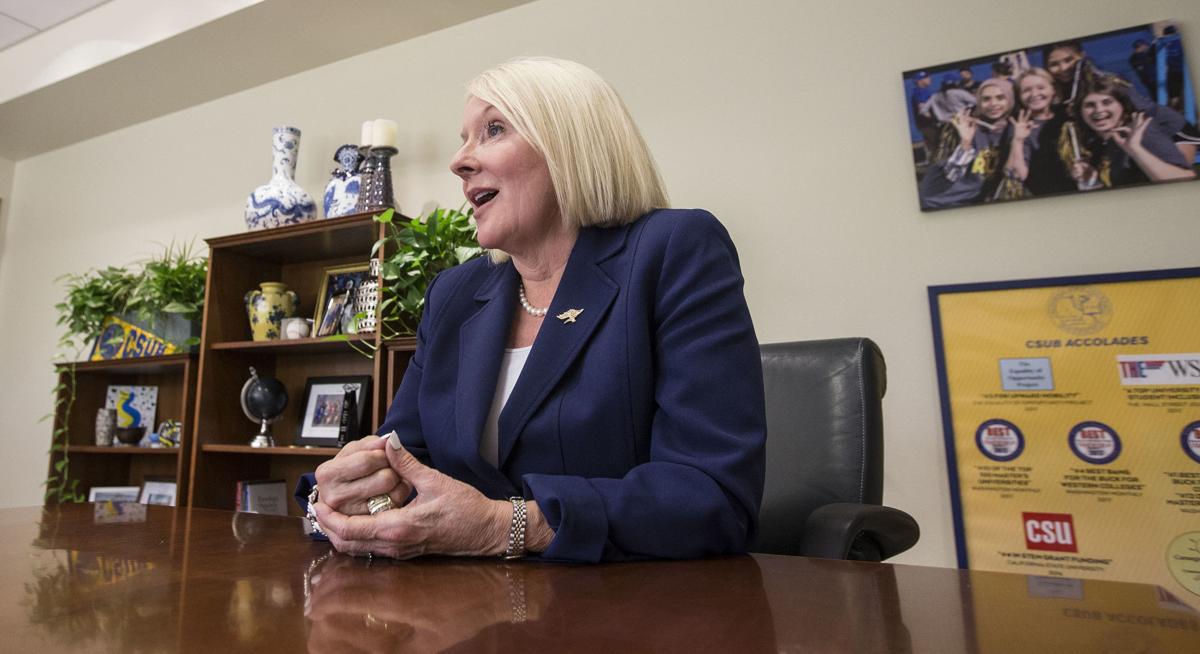 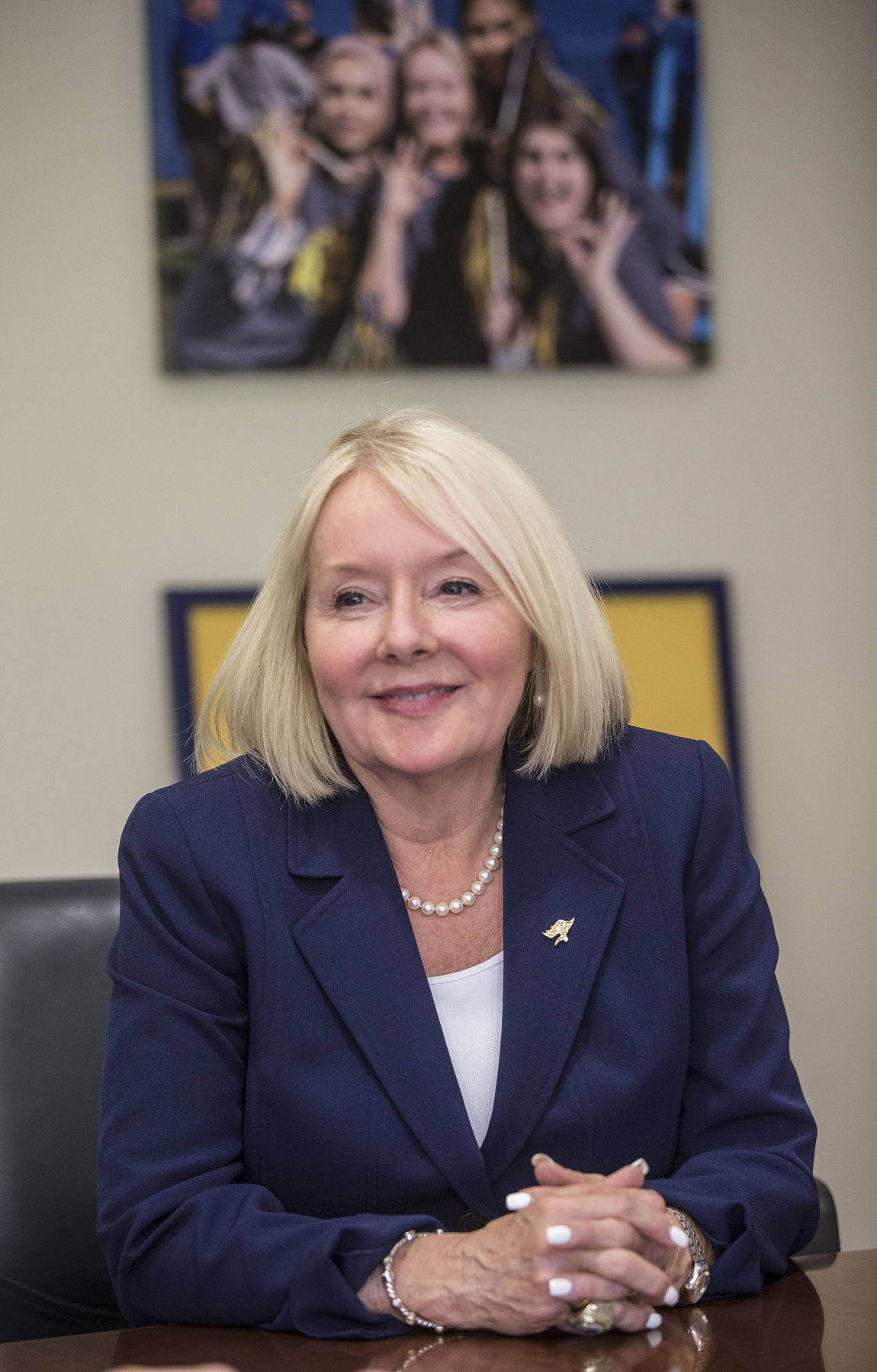 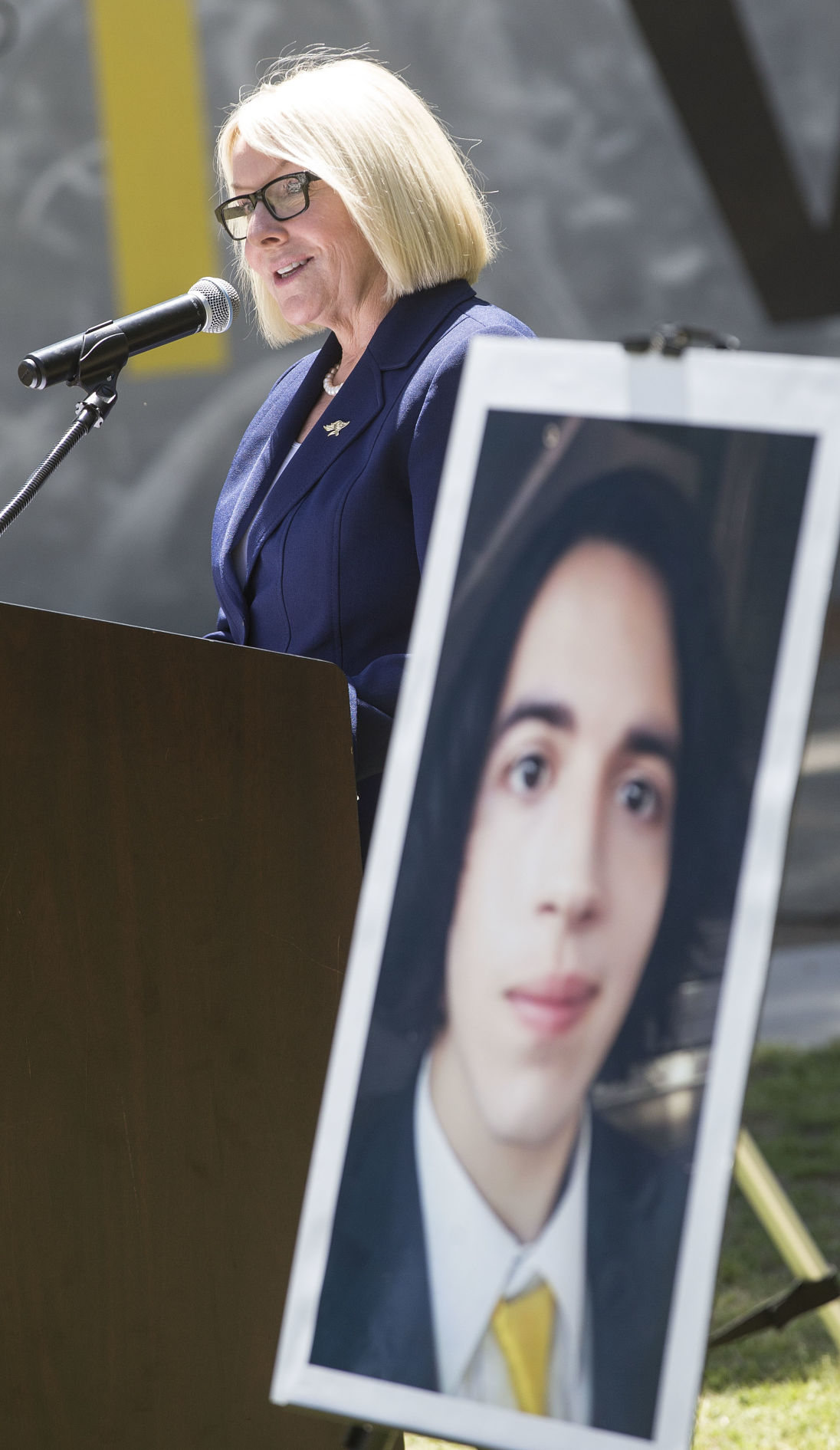 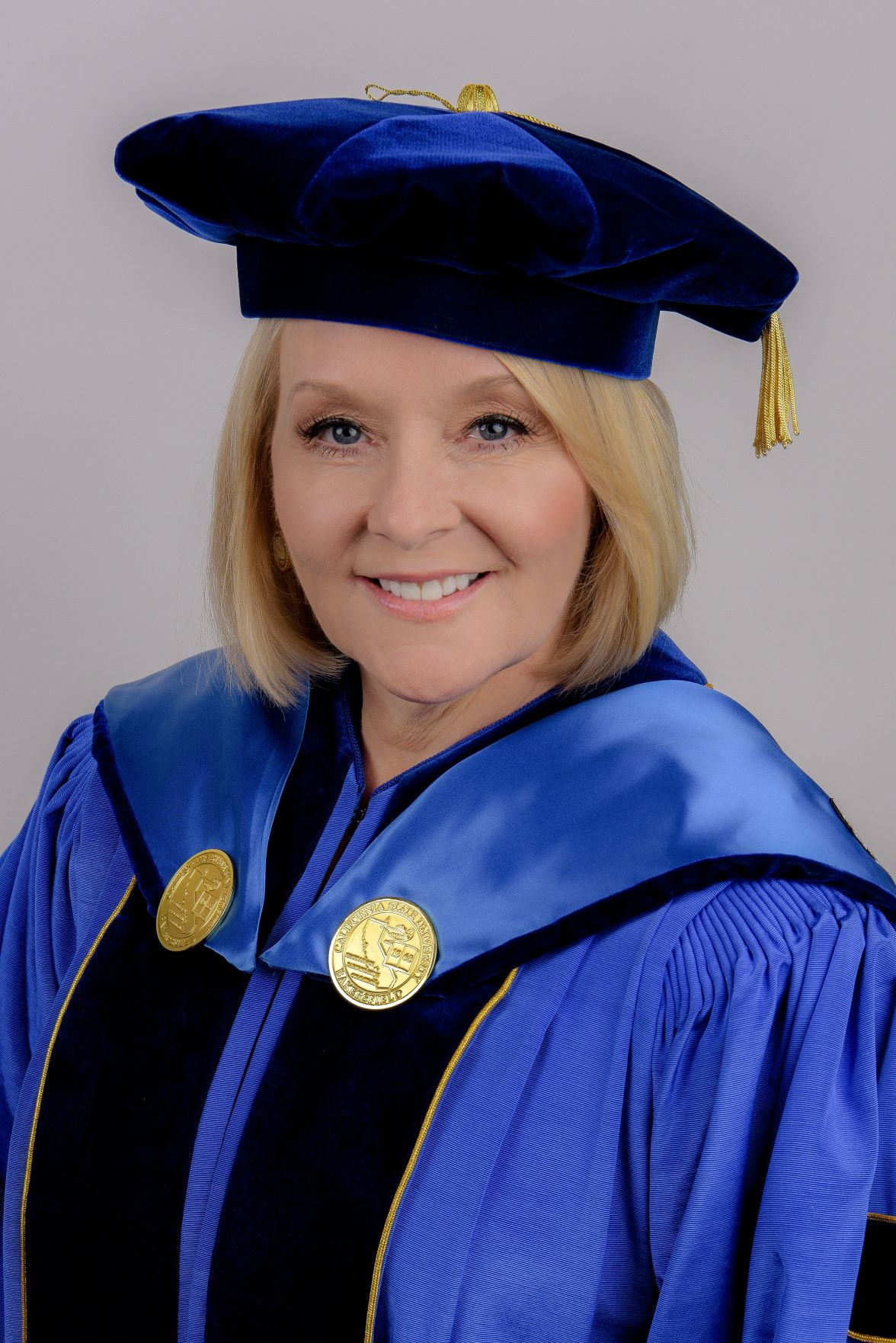 In this file photo, CSUB President Lynnette Zelezny visits with students every day. On an April 2019 day, she was visiting with CSUB students Carlos Huerta, Lizeth Baza and Jasmine Walker.

When Cal State Bakersfield President Lynnette Zelezny thinks about being the leader of a university, she believes it's a lot like being the mother in a family: constantly thinking about others and always having work to do.

That role emerged April 24 when the campus community came together to celebrate the life of student Jason Quinn Kelly, who died earlier this month.

Speaking in her “zen” office April 24, as she described it, surrounded by orchids and photos with students, she said the loss of any student is a reminder that “we must be very appreciative” of this precious thing called life.

“My job is to be thinking constantly about making sure people are thriving in the time that we have together.”

She has served as CSUB’s fifth president since July 2018, and luckily the good days have outweighed the bad. The university reached record enrollment with 11,000 students, received prestigious accreditations and held several ribbon-cuttings. On May 3, the community will come together to celebrate the university and Zelezny’s upcoming anniversary.

But most important to her is she never has a bad day because she gets to be with students.

“To be the president in a place like this, it’s a dream,” she said.

THE RISE OF A LEADER

Zelezny, 62, does not describe her career as “linear." She earned her bachelor’s and master’s degrees in psychology from Humboldt State in Arcata. A fan of the outdoors, she made her way to the Central Valley, where she raised three children with her husband, John. She later went on to pursue a Ph.D. in applied social psychology from Claremont Graduate University and an MBA with distinction from the Craig School of Business at Fresno State.

She found her love of teaching while at Fresno State where she felt “the most alive in front of students.” Throughout the 30 years she spent at the university, she was first asked to lead initiatives or departments before being approached for administrative roles.

“I realized I must be good at leadership since people keep asking me to lead things,” she said, laughing.

When she became associate provost in 2012, she thought she found her “terminal job.”

“I liked the large way that I could have a positive impact on so many more students,” she said, noting her career advancement from chairwoman of the psychology department to different dean positions to associate provost.

Her colleague throughout those years, Dennis Nef, vice provost at Fresno State, said she has a desire to change universities in ways that help students succeed, which he saw through the Fresno State academic strategic plan developed under her guidance.

"Focus areas included improving general education so students found it relevant; helping faculty incorporate 'high impact practices' into their courses that helped students learn better; and improving work life balance for faculty and staff," he wrote in an email. "She expressed a personal interest in the success of faculty, staff and students."

But one day, Fresno President Joseph I. Castro called her into his office to talk about a new opportunity.

‘THE ONLY ONE I WOULD SAY YES TO’

At the start of the 2017-18 school year, President Horace Mitchell announced he would retire at the end of the academic year after 13 years at CSUB. A monthslong national search to find his successor began, but Zelezny said Castro thought it was the “perfect fit” for her.

“I know you’ve been nominated for a lot of presidencies, but you always said you’re not leaving the Central Valley and you always declined them,” she remembered Castro saying to her. “I think this would be the perfect fit for you, and I’d like to nominate you.”

“That would be the only one I would say yes to,” she said.

Timothy White, chancellor of the California State University system, said her dedication to the area also gave her a boost.

“She knows the challenges and opportunities and people of the valley,” he said. “She’s a person who genuinely takes inspiration from the people she serves.”

The people, activities available and types of students Bakersfield offers are what really drew her to the area.

“When people ask, ‘What is it about Bakersfield?’ I say, ‘This is true Americana.’”

Since taking over the presidency, there has never been a slow day. After a record enrollment year with 11,000 students, Zelezny is already hoping to grow to 18,000 in a few years. She has pushed for students living on campus, and a reduction in next year’s housing costs reflects that drive. The university even opened a high-ropes course and Investment Center for finance students.

Zelezny's cabinet and colleagues have been busy putting forth the new strategic plan, which outlines five goals to grow CSUB. The goals are student success, recruiting and hiring diverse faculty and staff, community partnerships, building academic programs, and diversifying resources, she explained.

Once the plan is approved, it will kick off a feasibility study, which will set the goal for the university’s first comprehensive capital campaign. The study will survey the community on how much money people are willing to give to the university and to what programs or areas of campus life.

“That’s a lot to get done in one year, and people said, ‘You can’t do that, it’s moving too fast,’ but it was the right time and we needed to focus our energy on building on the future,” she said.

She is also the first woman to serve as the university’s president. Her chief of staff, Michael Lukens, said the reaction from female students on campus has been intense and positive.

“They see the potential that’s there,” he said. “They say, ‘I might not want to be a woman university president, but I can lead my organization in whatever it is I want to do.’”

“They find me,” she added, smiling.

An investiture on May 3 will celebrate her upcoming presidential anniversary, with several events leading up to it. But she is quick to point out the celebration is not about her, but rather the community.

“I wanted it to be about this special place,” she said, barely containing her excitement. “Usually it’s only one day, but we got ambitious in celebrating sense of place, so it’s a whole week.”

The theme is Rise because “We’re on the rise,” as she puts it, and the week will feature various facets of Bakersfield and the Central Valley, including the Tejon Indian Tribe, civil rights activist Dolores Huerta, Kern County’s workforce and food.

Always looking forward and moving, she is ready to build on the success she has seen and push new goals related to the strategic plan. But maintaining CSUB’s personal touch is her top priority.

“We know our students’ names, they know we care about them. When I’m out and about, they want to come up and talk to me and get their hugs and encouragement,” she said.

“I want a spirit of caring and personal touch.”