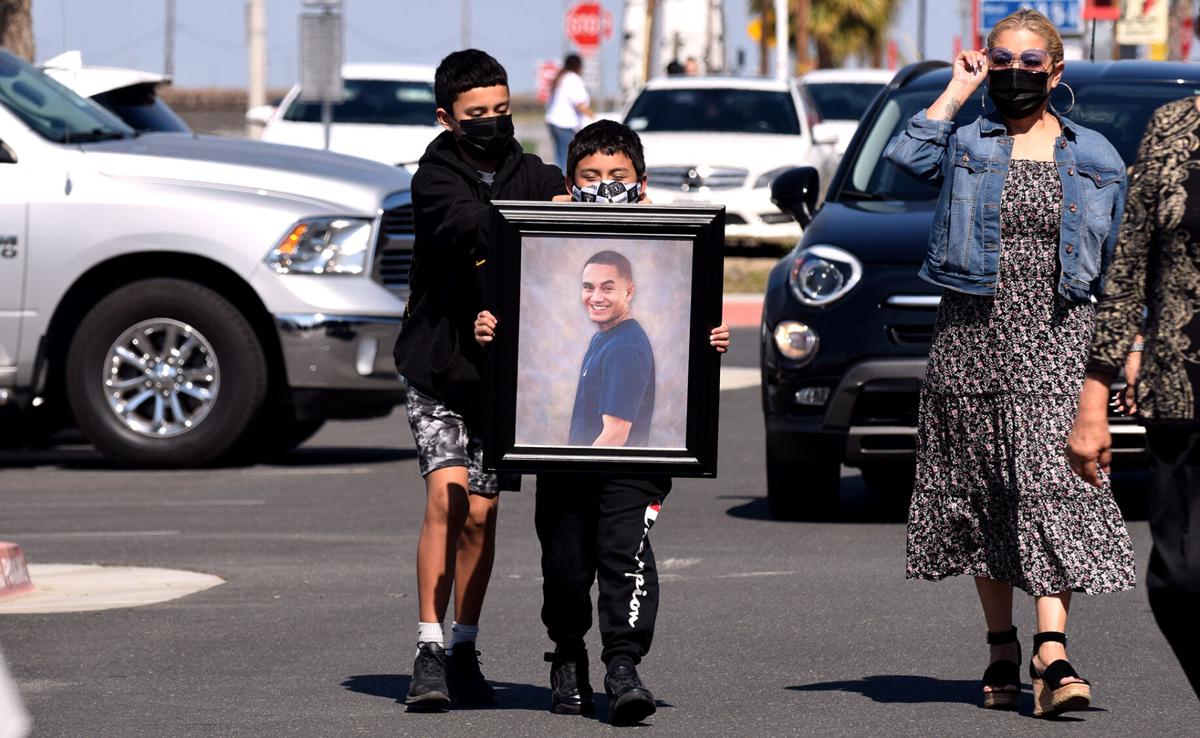 Jordan, 12, and Anthony, 10, Duarte, carry a photo of their slain father, Michael Duarte, for the display of victims at the March 20 vigil. 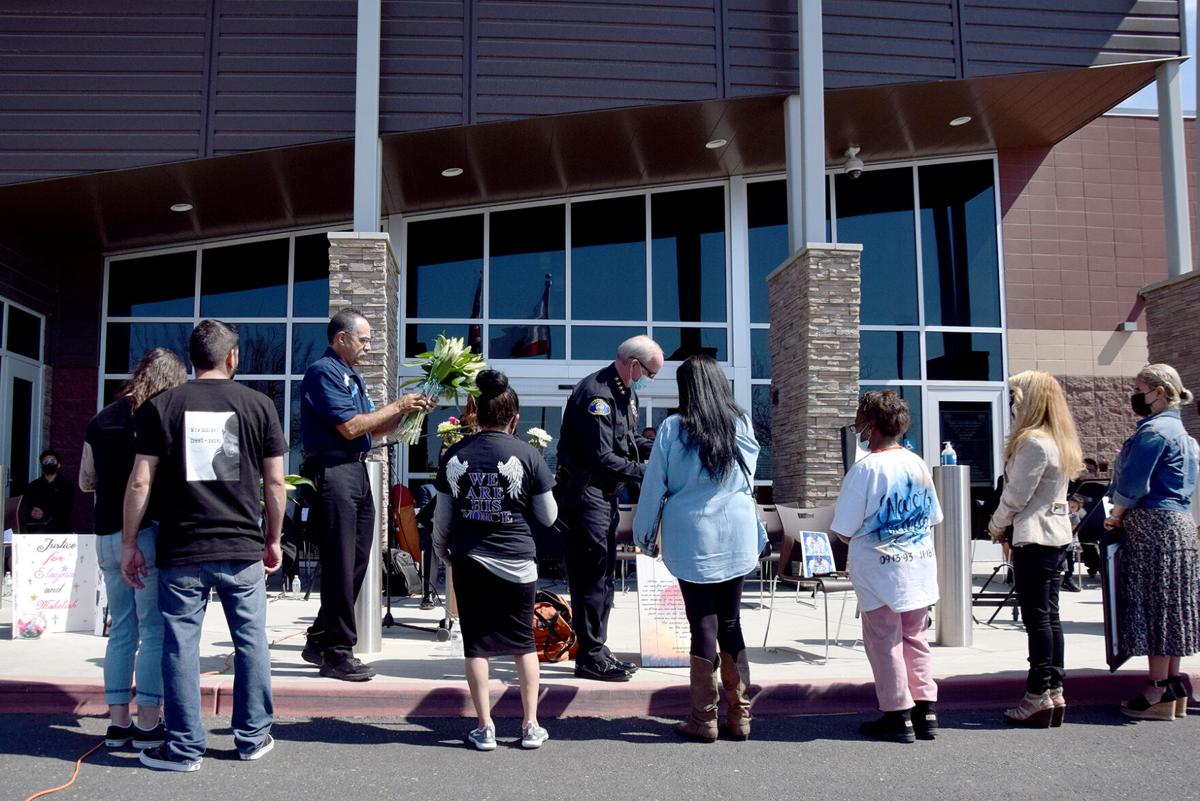 Jordan, 12, and Anthony, 10, Duarte, carry a photo of their slain father, Michael Duarte, for the display of victims at the March 20 vigil.

About 100 people, most relatives of local violent crime victims, turned out March 20 for a third prayer vigil to “not be forgotten.”

The vigil was held at the Delano Police Department. Though the turnout was smaller, and victims did not speak this time, local crime fighters told victims they were not being forgotten, and their prayers were being sent to the families present and all around the communities of Delano and McFarland.

The two prior vigils for victims of violence were in front of Delano City Hall.

Delano City Councilman Joe Alindajao was among the 20 or so speakers during the 90-minute vigil, letting the crowd know “we stand with you and care about you.”

“As city leaders, we are working hard to bring you justice,” Alindajao said. “Part of that includes the many cameras put up around the city that are helping police do their job.”

His son, Adam Rene Guillen, was killed in January 2020, along County Line Road. He said victims just want to know that they were not forgotten, and that Kern County law enforcement and prosecutors were doing their best to keep cases alive. But, as was the topic of prior vigils, authorities need those with vital information, that could lead to an arrest or a prosecution, to come forward to investigators or call the Anonymous Tip Line at 661-721-3369.

The vigils and public outcry was sparked from the July 2, 2020, gang-related shooting that took the lives of two girls playing with friends in a front yard in a usually quiet north Delano neighborhood. Makeliah Rayann Osorno, 11, died at 7:40 p.m. after being shot by a still unknown suspect. Elyana Sadiee Dorig, 12, also of Delano, died a few minutes later.

No arrests have been made, mostly because information to police hasn’t been forthcoming. The girls’ relatives were at the March 20 event, as were many others.

Kern County District Attorney Cynthia Zimmer spoke of the 125 people killed countywide during 2020, one of the most violent on record.

“We are here to show support to you, the family members,” she said.

Zimmer read out the names of all the Delano area crime victims killed during the year. “That was 23 people’s names I read, and they mattered.”

About 25 percent of the victims were ages 11 to 17, she said. “We will stand with you today, and be there for you tomorrow.”

“If we come together as a community, we can make a difference,” Zimmer maintained. “If you see something, say something”

Earlier this month, a Superior Court jury returned a guilty plea against Carlos Carrillo, 34, of Delano for murder in the 2019 killing of Arturo Galvan, also of Delano.

District 4 Supervisor David Couch said he was honored to be part of the vigil.

Retired Judge Robert Tafoya, who spent 44 years in the justice system, many as Delano’s judge, said that with all the issues among young troubled people, the common theme was “absence of an honorable man in the lives of these children to help raise them.”

“Women are working and supporting their kids and doing the best they can,” Tafoya said.

Mayor Bryan Osorio lamented that this was the third vigil he has attended.

“This problem is engrained in my mind. Justice is long overdue for Delano residents,” he said.

Near the end, Delano Police Chief Robert Nevarez and McFarland Police Chief Kenny Williams handed out flowers to the present mothers of those killed by violence.

Nevarez prayed for those grieving mothers.

“We are doing our best to provide a message of unity,” he said. “Lord, let these mothers feel your love and your peace, and especially your healing.”

Vivas called it a difficult situation, and asked that suspects watching the live-streamed vigil turn themselves in.

“This is not the last vigil,” he told the crowd. “We will keep this alive!”