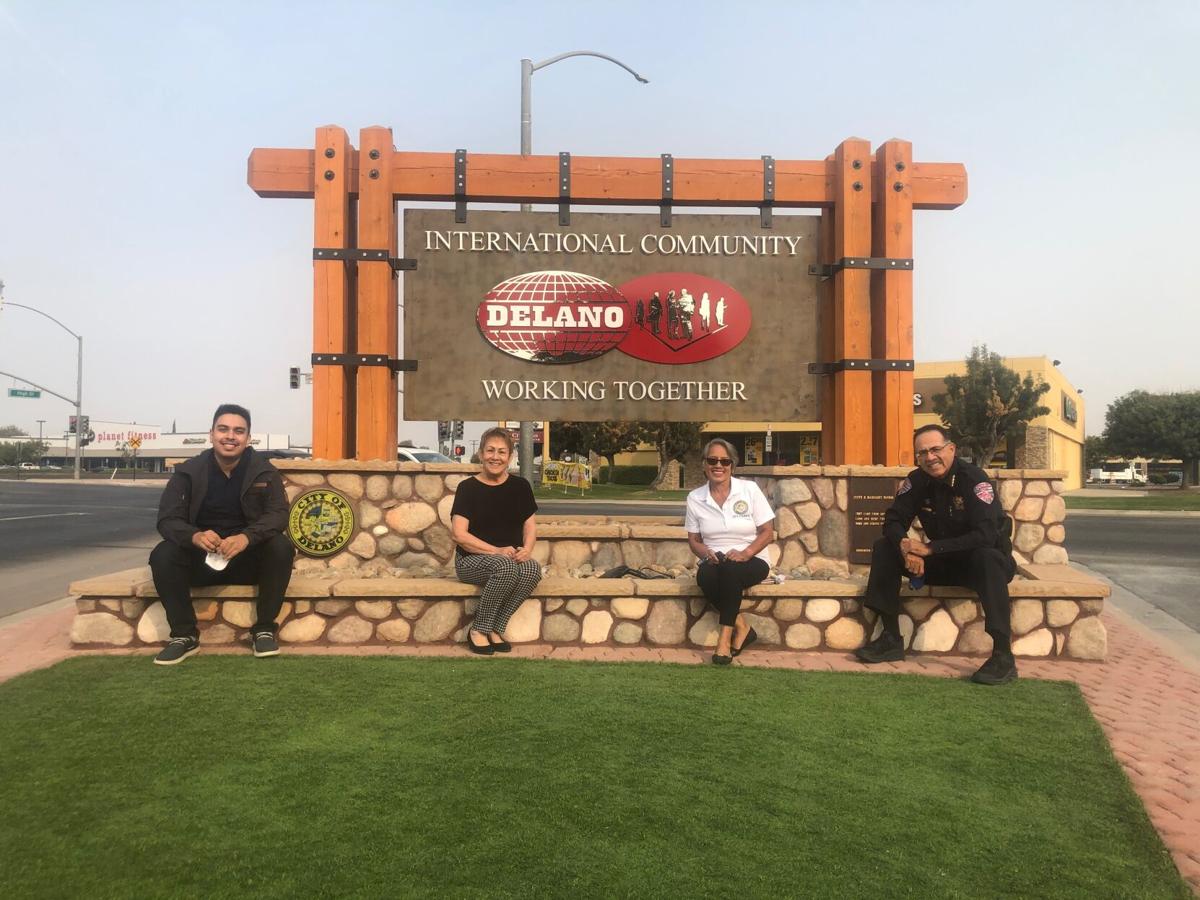 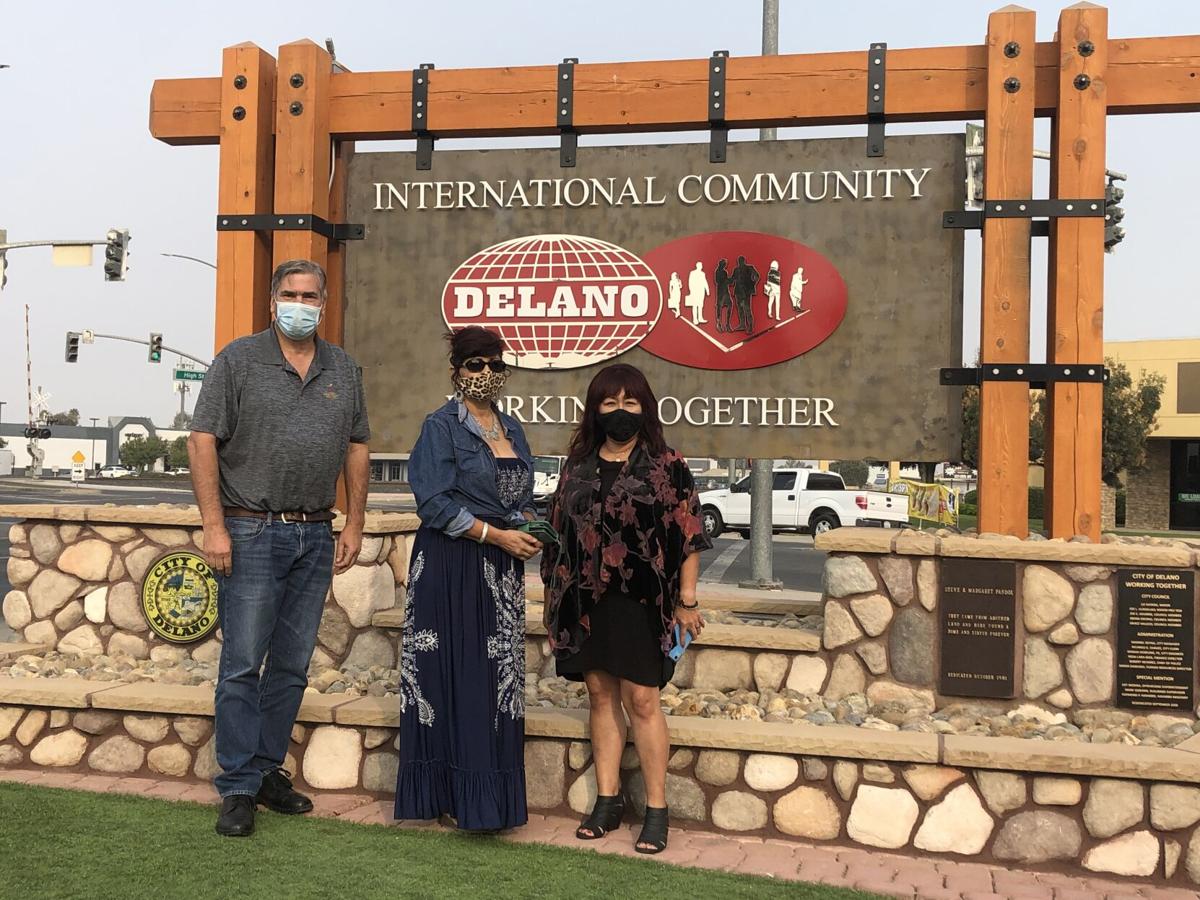 On Thursday morning, Delano city officials and relatives from a longtime Delano farming family made it out to the unveiling of Delano's newest "International Community, Working Together" sign, to replace one damaged by a drunken driver in December.

“Today we unveiled our rebuilt city sign at Cecil and High. It was historical because in attendance was someone from the Pandol family, who were the original sponsors in 1981. Also present were two ladies who were art students at Delano High in 1980 who worked on the actual design of it: Susie Mendez Martinez and Monica Hernandez," said Delano City Council member Grace Vallejo. "It was an honor being there with them. It still says what Delano truly stands for, and it is beautiful."

On Thursday, Police Chief Robert Nevarez said he was shocked when the sign was damaged in a crash earlier this year and was very anxious to see what would replace it.

Nevarez said the new sign pays tribute to the former sign while adding a modern touch. Nevarez added that he was honored to be present at the unveiling, knowing that the sign will be seen by Delano residents over the next several decades.

The new sign has the same basic message components as the original, but on a timber structure founded on a larger masonry base.

“We are still on budget, under $25,000, with city staff doing most of the work,” said Roman Dowling, Public Works director/city engineer.

COVID-19 concerns pushed construction back, too.

Back in January, Delano city officials said they planned to rebuild the wrecked handmade sign because it showed a lot of deterioration.

The sign’s cornerstone surrounded by rocks says simply, “Steve and Carol Pandol. They came from another land and here found a home and stayed forever. Dedicated October 1981.” It's a shoutout to the Delano farming family that donated the sign.

On Dec. 29, a suspected drunken driver struck the west side of the sign, taking out one of the sign’s stone columns, Nevarez said. The wooden sign, held up by two custom rock pillars suffered more than $8,000 damage. The sign sits just south of the intersection of High Street and Cecil Avenue.

The initial plan was to restore the sign to its original glory. But things change.

City workers decided upon a full replacement that would display the original message with modern materials, paid for by the city’s maintenance fund.

Earlier in 2020, Delano City Council Member Joe Aguirre called the handmade sign unique. He said the decision to modernize it shows the city continues to look ahead.

• Steve and Margaret Pandol, immigrants from Croatia, came to Delano to raise their family. Along with sons Steve, Jack, and Matt, Pandol and Sons was built into a world class operation. Now for more than 70 years the Pandol family continues to service the world with produce grown here in Delano.

• The original sign was crashed into by a suspected drunken driver in December 2019.

• Art Medina was the coordinator for the project.

• The design is a state-of-the-art version of the previous sign, including updated LED lighting.