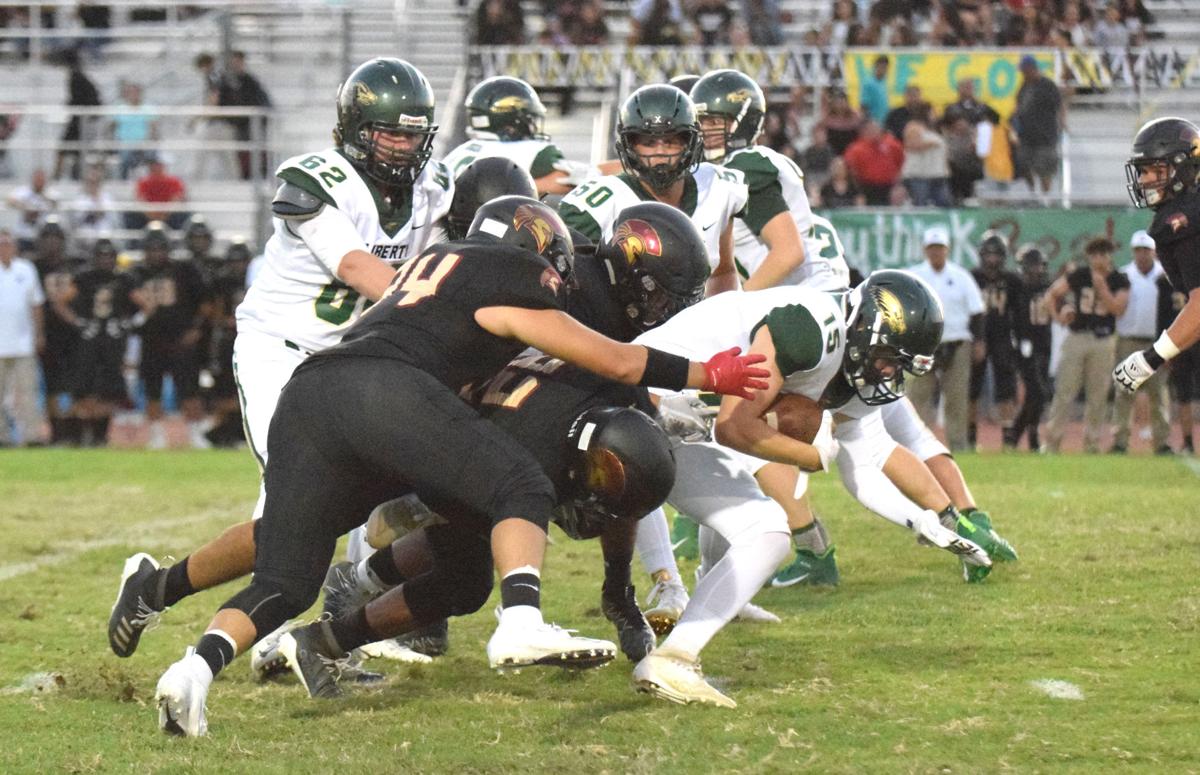 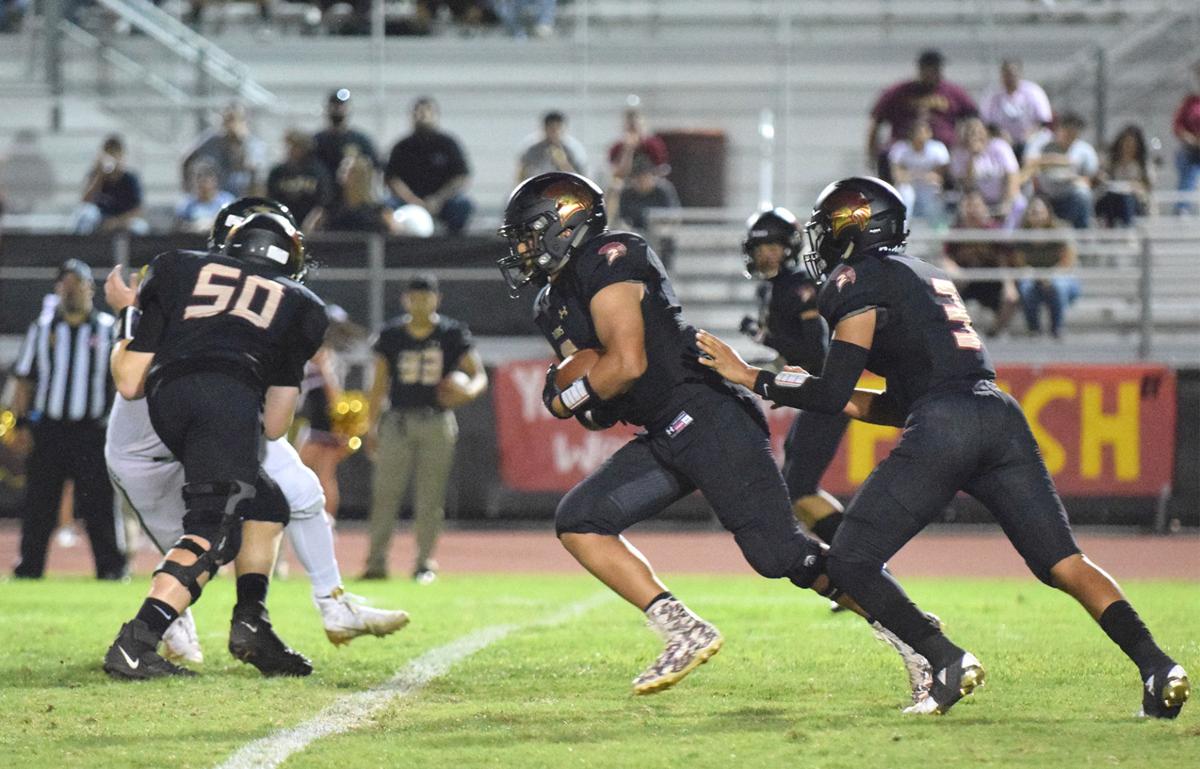 Jonathan Rivas receives the hand off from quarterback Cameron Huerta Friday night during the Chavez vs. Liberty game.

Jonathan Rivas receives the hand off from quarterback Cameron Huerta Friday night during the Chavez vs. Liberty game.

The Cesar Chavez High School Titans are on a roll this football season, as they improve to 3-0 after beating Liberty High School of Madera.

All three wins have been competitive close-scoring affairs and are examples that show the Titans know how to come back and win games.

Liberty started off hot scoring three times in the first quarter and taking a comfortable 21-7 lead.

Chavez would battle back, however, scoring a touchdown of its own to shorten the lead to 21-14 just before the half.

The second half was more of the same, with both teams battling back and forth to stop one another. But in the fourth quarter, Chavez would come alive, scoring a touchdown to tie the game and another late in the game to put the Titans up for good, 29-21.

And it's this score that they would win by, earning their second consecutive come-from-behind victory, and their third of the season.

The Titans are now 3-0 against quality opponents and have momentum headed into their South Sequoia League matchups. Now as the second undefeated Delano team, one has to wonder if Chavez is ready to take on 3-0 Robert F. Kennedy High Thunderbirds. The crosstown rivals will battle on Nov. 1 to end the regular season.

There are six weeks between now and the "Backyard Bowl."

Chavez will take on East High of Bakersfield on the road this Friday. Meanwhile, Robert F. Kennedy High will take on Liberty High at Madera.