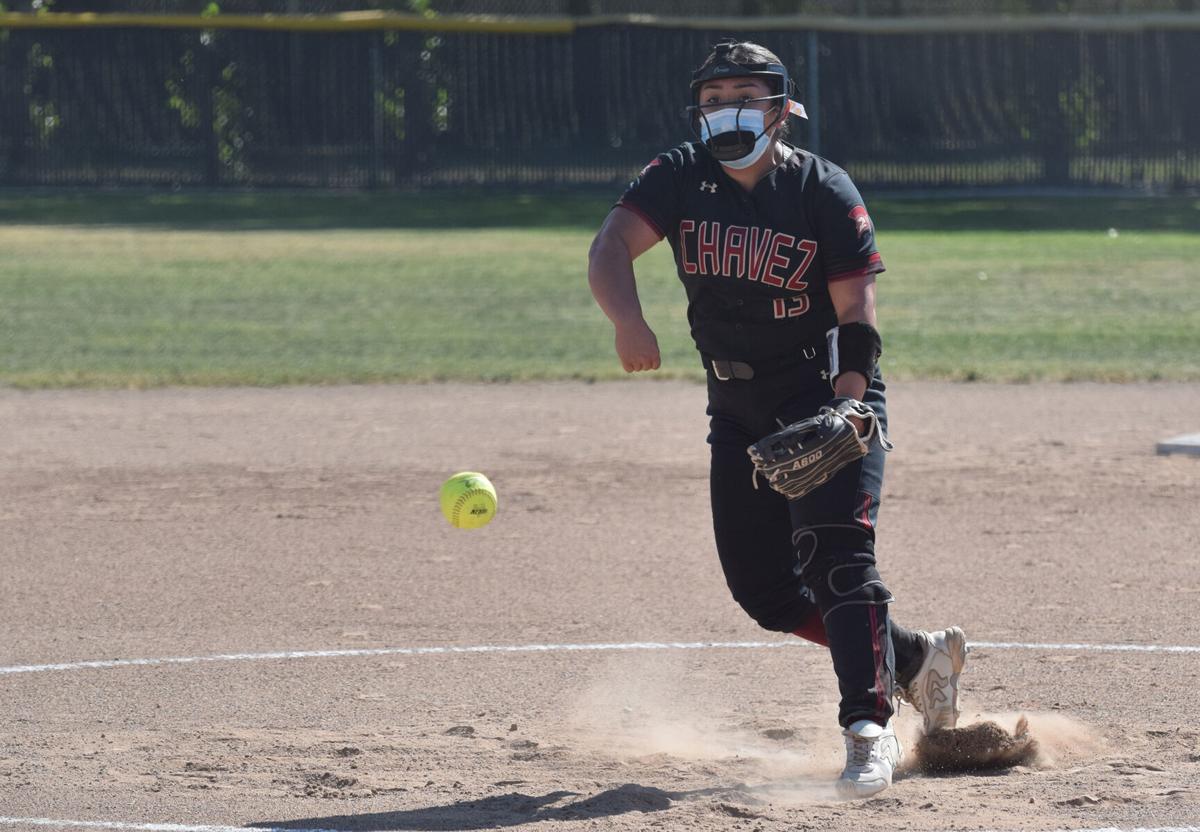 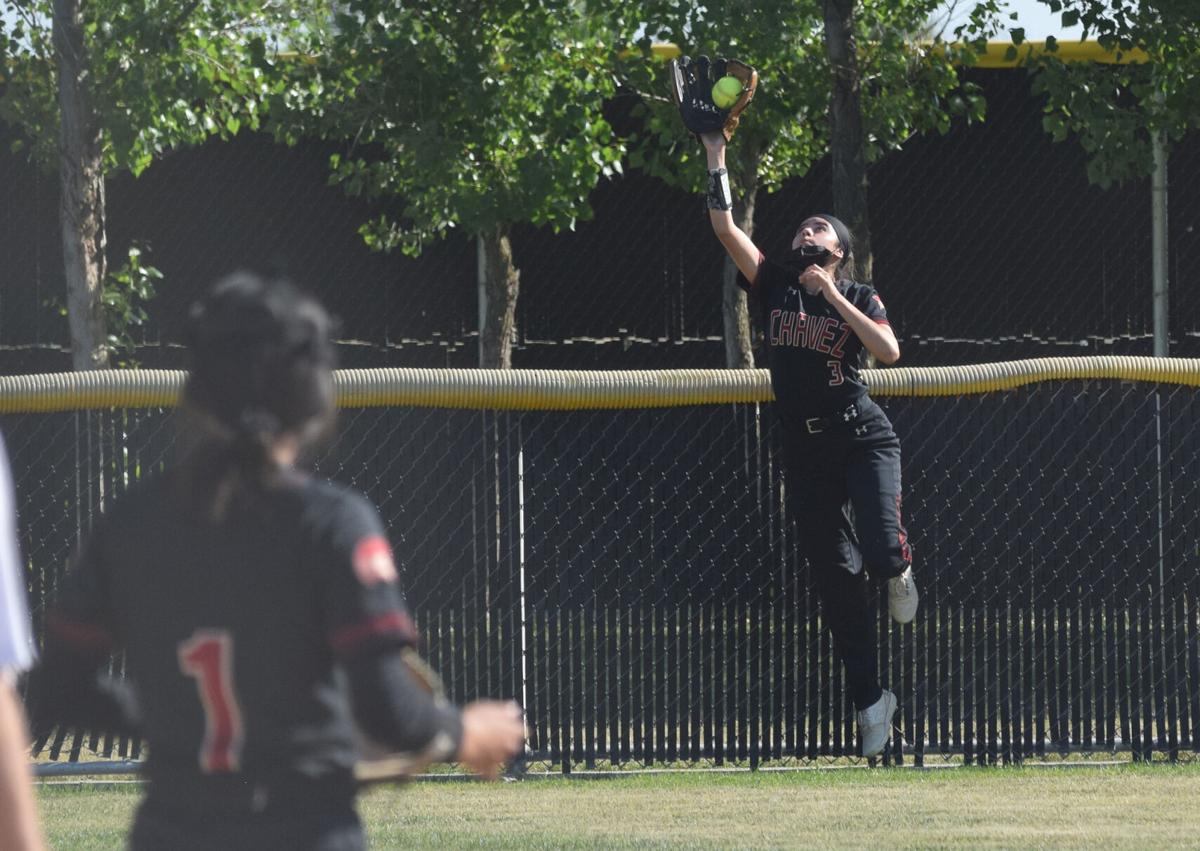 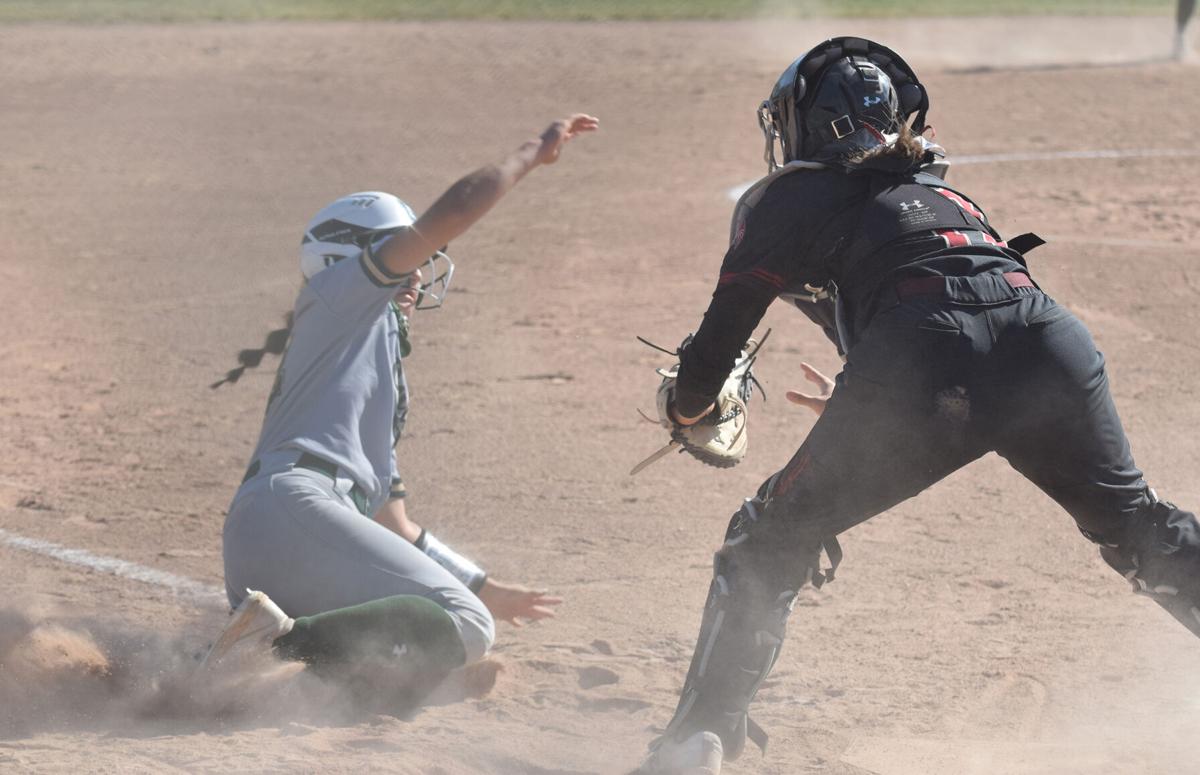 The Cesar Chavez catcher prepares to tag a runner sliding into home plate.

The Cesar Chavez catcher prepares to tag a runner sliding into home plate.

Both of Chavez’s losses came against non-league opponents at the top of their respective divisions, the first a one-run 3-2 loss against Bakersfield Christian, which currently ranks as No. 1 in division six. The second loss was against current division two leader Garces, which held a 7-3 record entering the matchup.

Chavez held their own for some time during their April 23 matchup against the Rams, but their opponent's hitting proved too much. Lady Titans pitcher Julianna Tabian began the game with multiple strikeouts in the first inning, but once the Garces bats warmed up, the Lady Titans could not recover.

Garces began the scoring in the second inning, where multiple ground rule doubles knocked in three runs. The next inning began with the Lady Rams nearly hitting a home run, but the ball bounced back into play, followed by a right-center double that got the team rolling offensively.

Heading into the second half of the fourth inning, Garces led 6-0, but the Lady Titans responded with three runs of their own, cutting the lead in half. However, the Rams tacked on another run the following inning, and shut out the Lady Titans the rest of the way before scoring three more runs to add to their lead.

The final score stood at 10-3 and resulted in Chavez’s first loss of the season to that point. However, the Lady Titans are still on a path to a league championship, as they remain undefeated in SSL play.

As they move forward this season, they will take a week long hiatus to prepare for their rematch against Wasco.