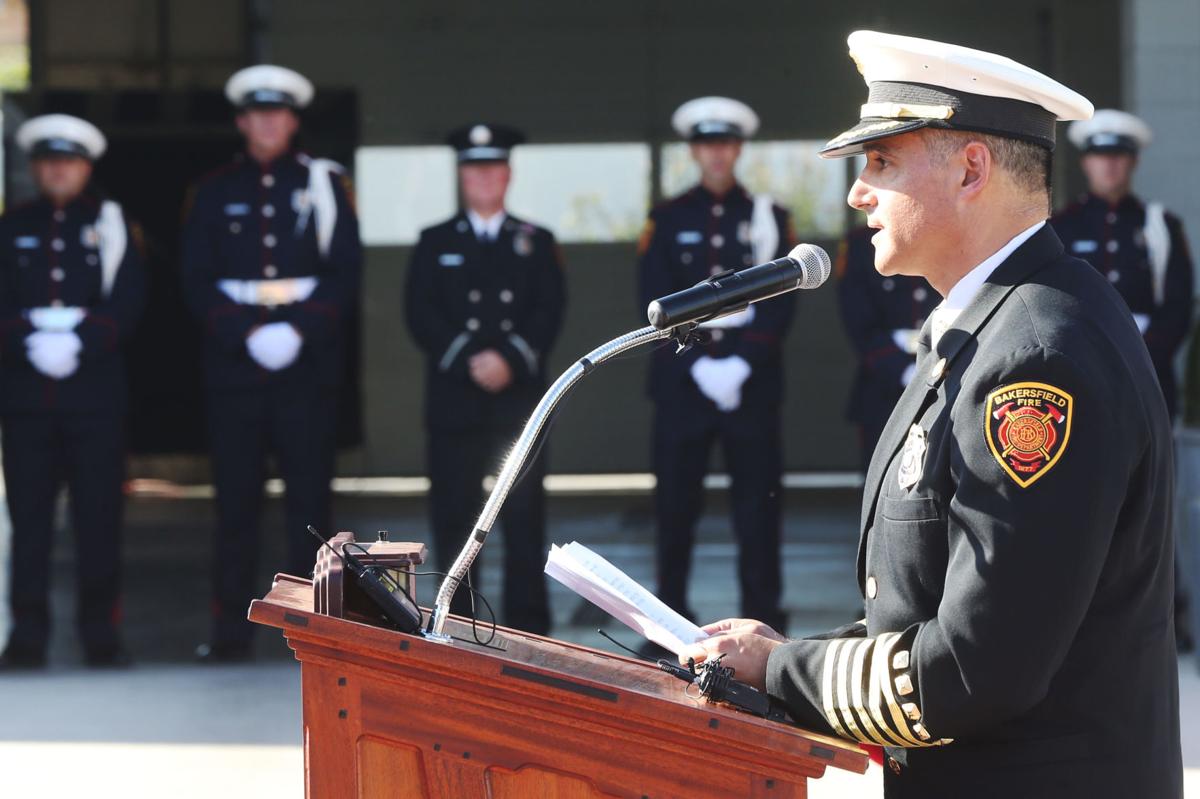 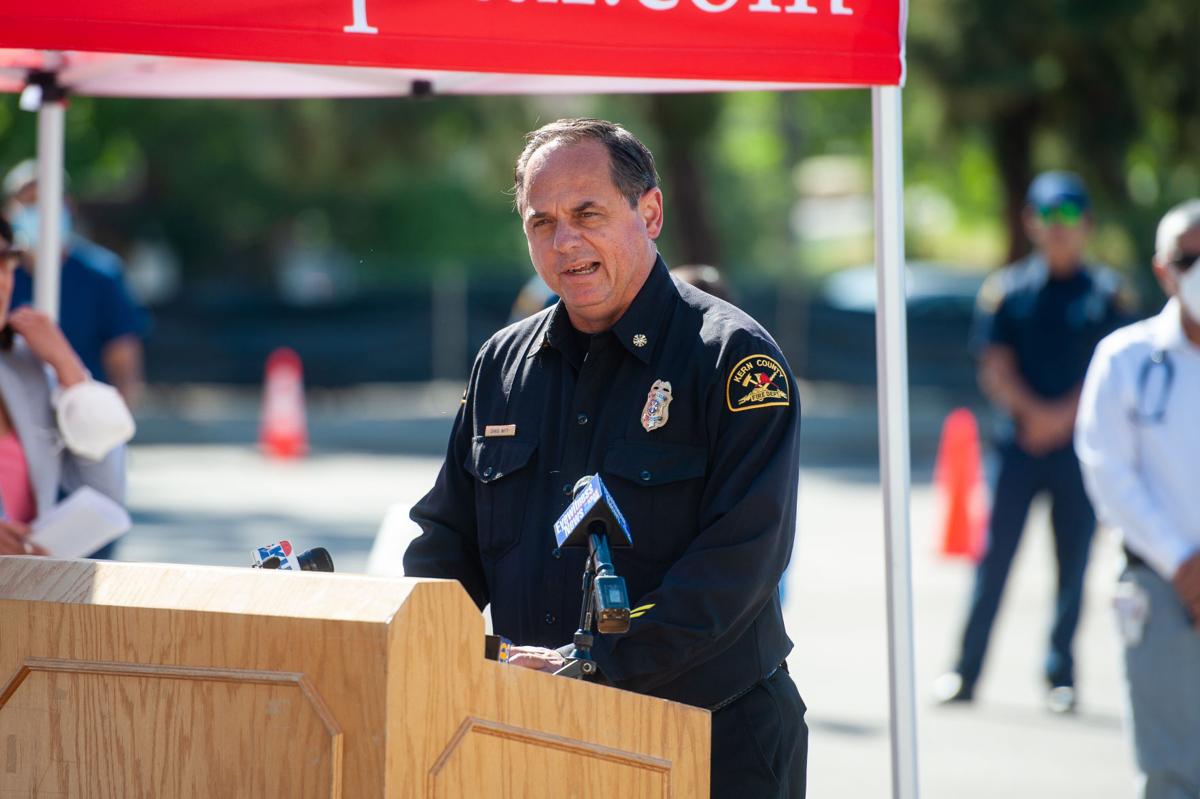 In this May file photo, Kern County Fire Chief David Witt addresses members of the media during the soft opening of the 5th District drive-thru COVID-19 testing site in east Bakersfield.

In this May file photo, Kern County Fire Chief David Witt addresses members of the media during the soft opening of the 5th District drive-thru COVID-19 testing site in east Bakersfield.

While the Kern County Fire Department wants to explore the possibility of a potential merger with the Bakersfield Fire Department, BFD’s Chief Anthony Galagaza said late last week that his department is “not entertaining” any merger or consolidation of the two departments.

“(A merger) will not benefit the citizens of Bakersfield who are paying the city tax and it’s just not an efficient model for (BFD) at the moment,” Galagaza said. “We’re not in favor of it because we’re a city fire department and the city is growing, so we should increase as a city increases.”

Last week, a local media report stated that KCFD Chief David Witt expressed interest in a possible merger between the two departments. On Monday, Witt said that he still believes it’s an idea worth discussing, whether or not both departments think it will be effective.

“I think we should be open to look at the potential. I understand (BFD) has a sales tax that definitely helps the city,” Witt said. “It was just an idea I had that would be worth looking at. I’ll talk to (Galagaza) about that and we can go from there.”

Witt emphasized that his prospects for a merger aren’t tied to KCFD’s recent financial issues. He described a possible merger as a solution that could help the “efficiency and effectiveness” of both departments.

“On paper, I think it’s something we should look at. It’s not a financial thing,” Witt said. “I see some potential with efficiency, and maybe it won’t work after all.”

Witt said he is currently reviewing all of KCFD’s contracts with other communities and counties to ensure they’re maximizing the agreements’ effectiveness and efficiency. He said he’s not yet ready to review their joint powers agreement they currently have with BFD, but when he is ready, he said that “everything would be on the table.”

Galagaza explained that BFD is interested in opening discussions regarding an updated joint powers agreement as soon as possible. BFD is currently looking to take over Kern County Fire Station 65 — located at 10051 Meacham Road — and the agreement’s details need to be updated regarding population changes and land mass annexation, according to Galagaza.

“Much has changed in the last 10 years, especially with annexations,” Galagaza said. “Four out of five residents (living by Station 65) are paying city taxes.”

Witt explained this situation is another driving factor in wanting to examine a possible merger.

“I know the city wants our Station 65. Rather than argue over stations, it just seems like we can work together to build stations where they should be,” Witt said. “We just built Station 65 not too long ago. It’s one of our newest stations.”

Witt said that Station 65 is also a large revenue generator for his department and that it would have an impact on KCFD’s budget.

The joint powers agreement between KCFD and BFD was intended to be updated every five years, but hasn’t been since 2005, according to both chiefs. Neither knew why the agreement hasn’t been revisited during that period.

“It’s a solid contract between departments that allows us to respond in each other’s areas as need be,” Galagaza said. “But the thing is that it needs to be revised because of population changes and land mass annexations. Bakersfield has grown exponentially and city services need to grow as well.”

Galagaza cited the current timing as being ideal to open negotiations on the agreement to ensure they will be ready to look at it once again in 2025. He said that while Station 65 is the main one in question at the moment, there will likely be more stations needing consideration for power transfers down the road.

“Both departments work well together in the system that we do have,” Galagaza said. “We want to go through the process of the agreement that has not been adhered to in the past.”