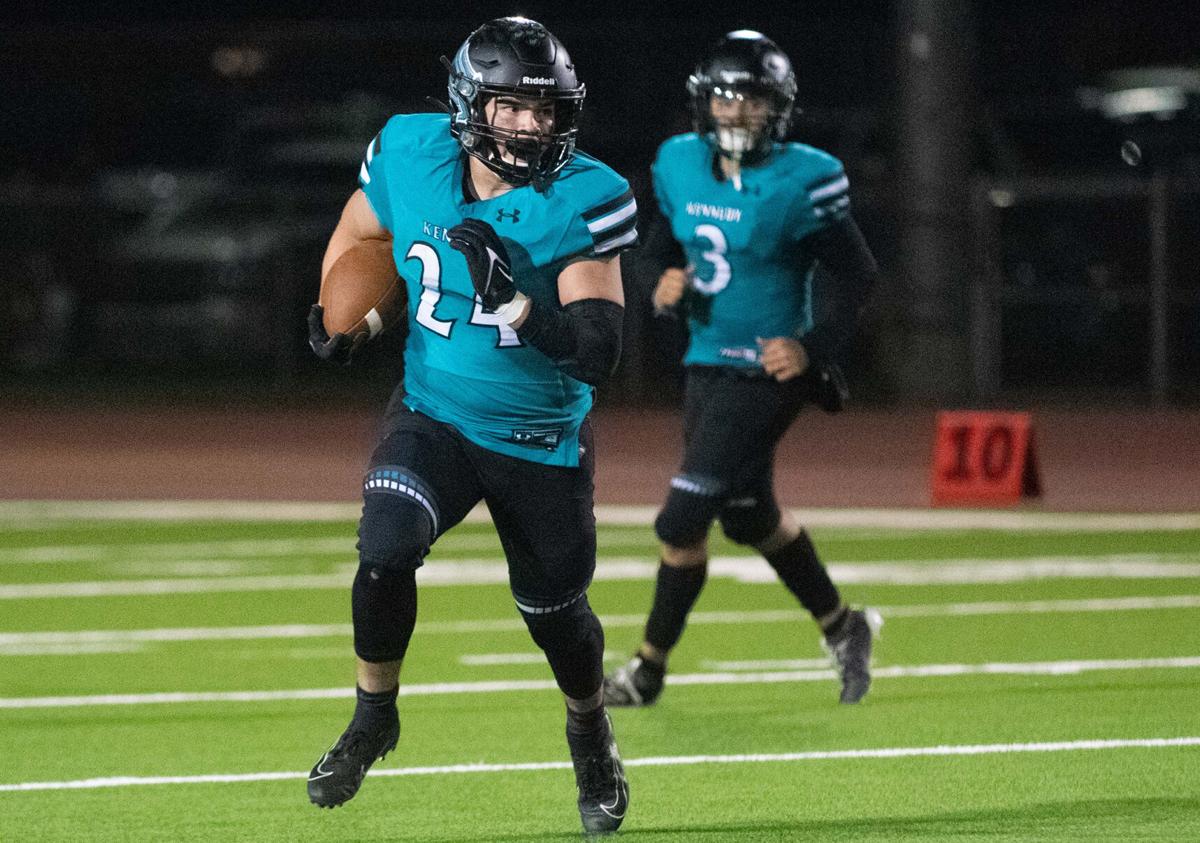 Kennedy running back Avian Pesina turns the corner on a run earlier this season. 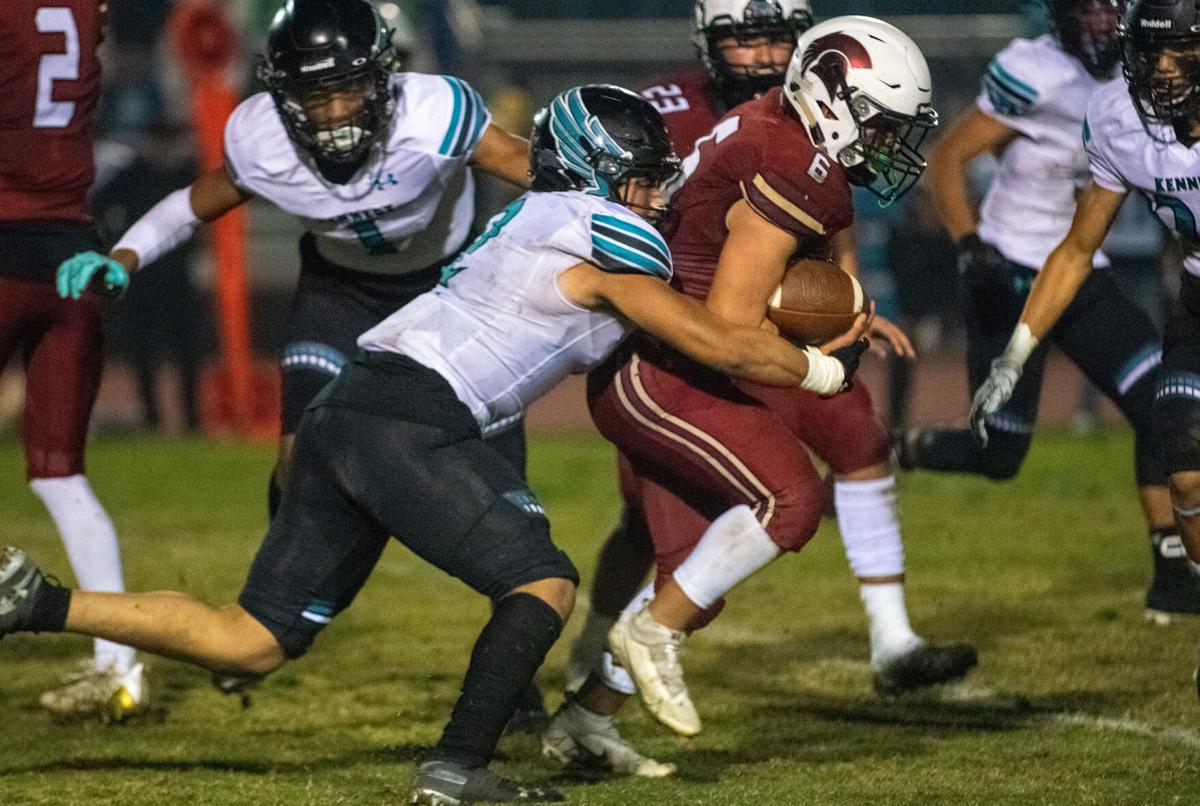 Chavez running back Nathen Fernandez runs up the gut for a first down against Kennedy earlier this season.

Kennedy running back Avian Pesina turns the corner on a run earlier this season.

Chavez running back Nathen Fernandez runs up the gut for a first down against Kennedy earlier this season.

Delano’s high school football season has come to an end as Delano High fell to Woodlake in the second round of the Division VI playoffs.

As the first season back after a pandemic-caused gap year, each of Delano’s three schools had relative success. Now that the season has come to a close, players from each team are beginning to get recognized.

The Cesar Chavez Titans were the first team to have their season come to a close, losing 27-0 to Liberty High (Madera) in the first round of the Division V playoffs. The game left the Titans with a 3-7 overall on the season. Despite the lackluster record, the Titans were much more capable than they seemed.

The team started off with a four-game losing streak, but three of the four losses were within one possession. These losses were still remarkable for the Titans due to them dealing with the effects of COVID-19 and losing their star linebacker Alexis Girarte to Wasco.

Their first win came Oct. 1, a 56-20 victory on their homecoming against Arvin, and it was this win that ignited the potential that the Titans held all season. They went on to win three of their final five games, only losing to undefeated Wasco and a very stout Kennedy squad. Heading into the postseason, they were ranked ninth in Division V, and even though that proved a lofty task, it showed how much the team had improved in the final half of the season.

Despite not finishing with a winning record, the Delano High football team made an undeniable improvement from their last season of play. The team went from an 0-10 season that ended in one of the worst possible ways to one that finished with a postseason victory with a team primarily composed of sophomores.

The change started with new head coach Frank Gonzalez, who not only brought a new scheme but a new culture to Delano High. This culture change propelled Delano to its first 3-0 start in more than a decade, with the Tigers beating Chowchilla, Rosamond and East to begin the season.

Their next game came against Kennedy, and despite losing to the Thunderbirds, Delano put up a fairly close game for a team led by underclassmen. A brutal East Yosemite League schedule followed the rivalry game and left Delano 3-6 at the end of the regular season.

Despite being at the lowest point of the season and being written off as a guaranteed first round exit, the Tigers rallied and pulled off a commanding victory in the first round of the Division VI playoffs with a 45-21 win over Farmersville. Their season came to an end the next week with a 28-14 loss against Woodlake.

A lot of Delano’s success came in part to their senior running back Andrew Carrasco, who carried the Tigers in both of their postseason matchups and earned the title of Tulare County All-Star.

Moving forward the Tigers' future looks bright, with sophomore quarterback Eddie Silva having improved throughout the season, along with a plethora of underclassmen offensive and defensive linemen.

The Robert F. Kennedy Thunderbirds finished the season having accomplished multiple milestones for the program. The Thunderbirds began the season with a four-game winning streak that was capped off with their first win over Delano High in program history.

Kennedy’s only two regular season losses came against Sanger High School and undefeated Wasco, which stopped them from taking home their first SSL title. However the Thunderbirds rallied to win their final three regular season games, finishing with a Backyard Bowl win over in-town rival Chavez that propelled them to their first City Champions title.

Their season came to an end with a 28-21 loss over Washington Union in their very first Division III playoff game. The loss was more than an end to their season, however, as it served as a milestone of how far the program has come in just a decade.

All three Delano teams had a strong underclassmen presence this past season, and each school will look to come back even stronger next year. Next season will be especially interesting as Delano will be playing their first season in the South Sequoia League.