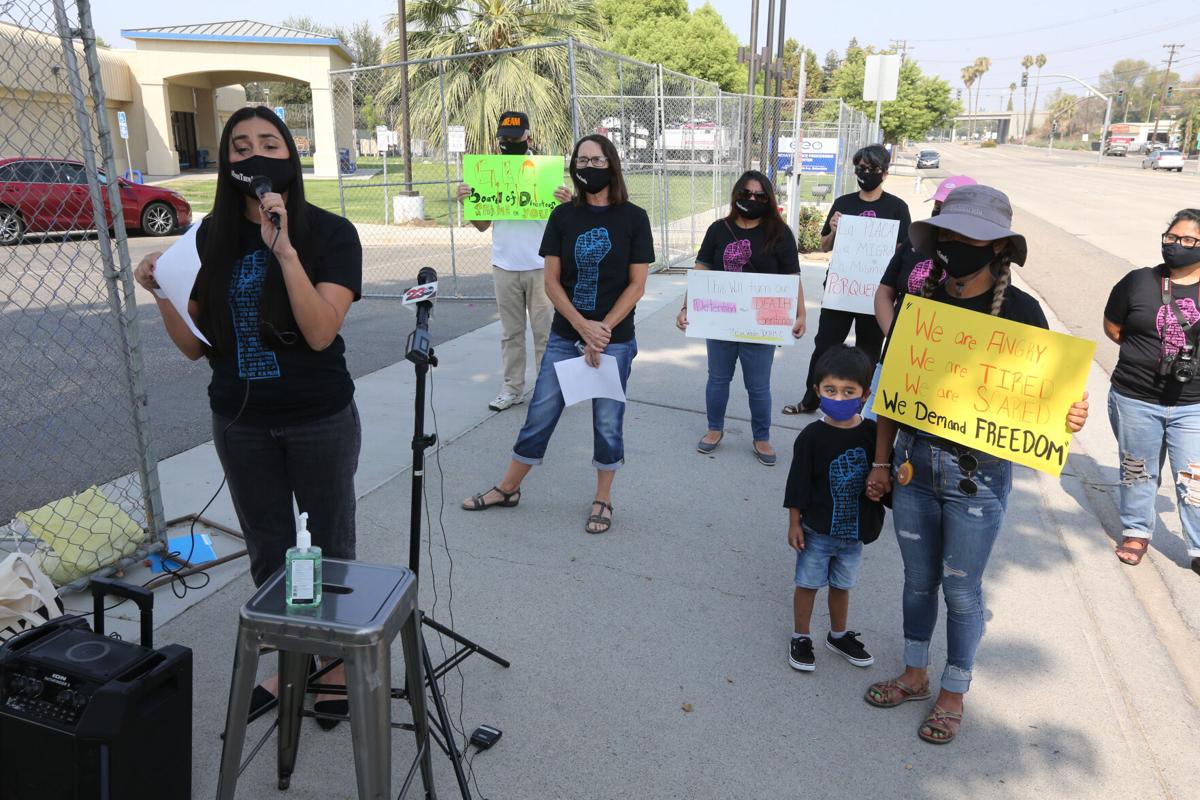 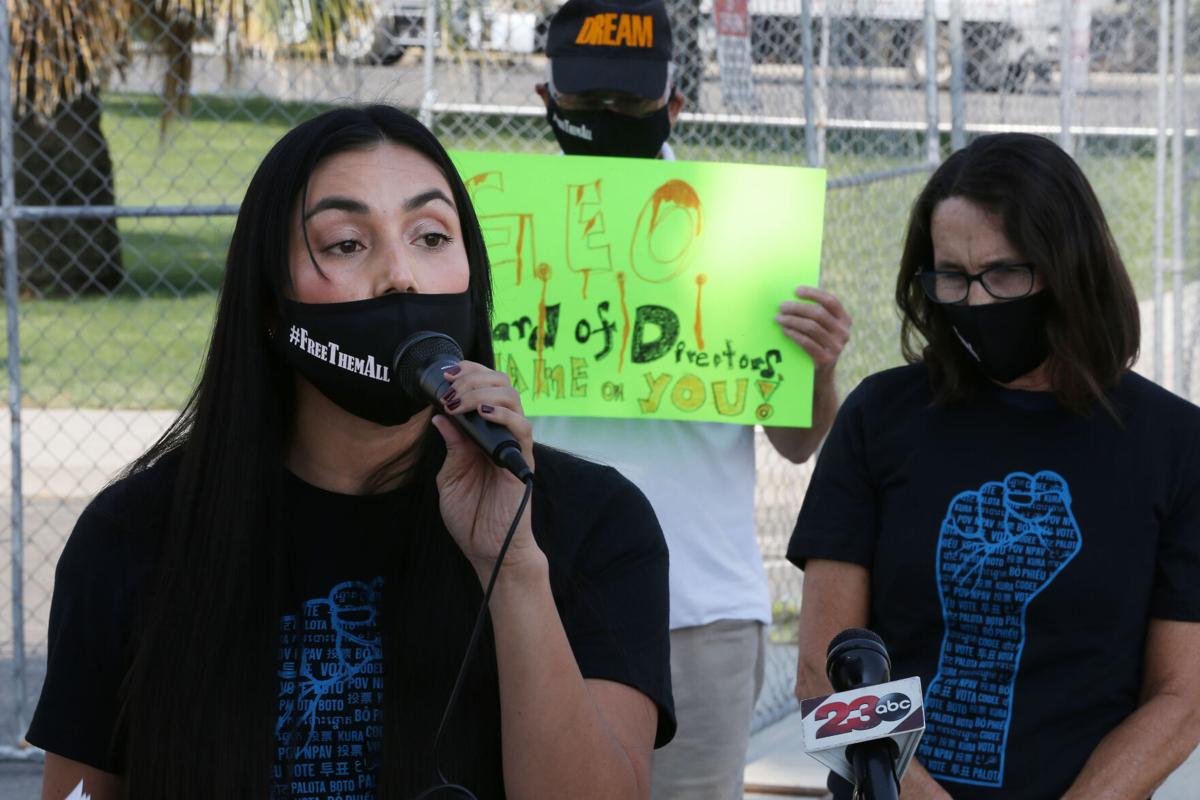 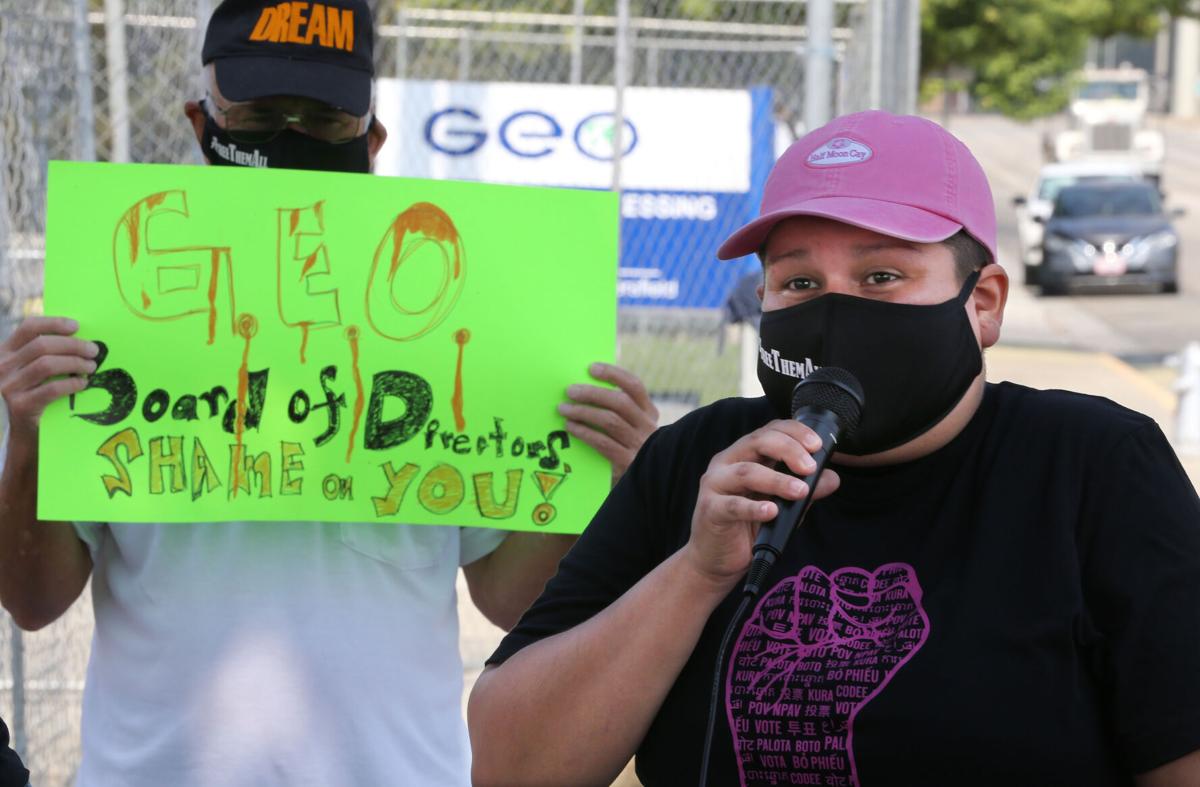 Carolina Espinoza spoke about her experience as a detainee at the Mesa Verde ICE Processing Facility during a Wednesday morning press conference. 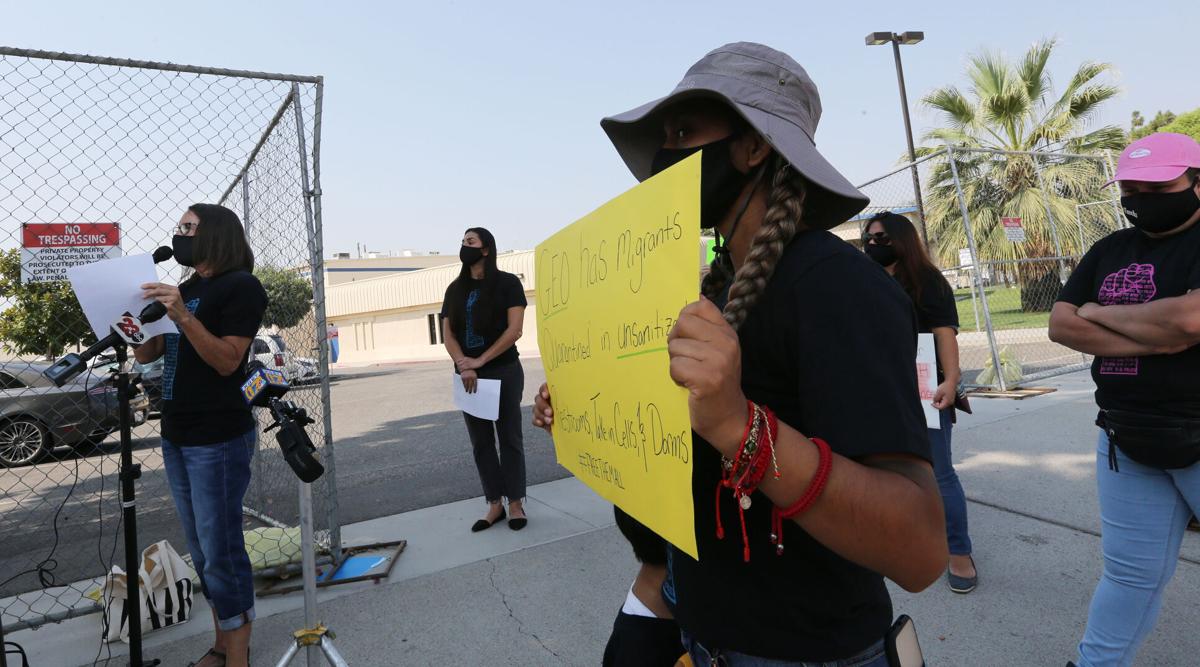 Carolina Espinoza spoke about her experience as a detainee at the Mesa Verde ICE Processing Facility during a Wednesday morning press conference.

A coronavirus outbreak at the Mesa Verde ICE Processing Center in Bakersfield has prompted local advocates to call on Kern County Public Health Services to assert greater control over the facility.

Over half of the immigrant detainees held at Mesa Verde have contracted COVID-19, according to documents released as part of a class-action lawsuit. ICE’s website states that the facility currently holds 52 COVID-positive individuals, with six others that have since tested negative or been released.

“I have heard account after account of the ways in which ICE and GEO have failed to properly care for and maintain the public health of those detained in Mesa Verde,” said Maira Rios, a legal and advocacy assistant with the American Civil Liberties Union Foundation of Southern California, a partner of the Rapid Response Network. “Their callous disregard for human life, in and out of the facility, requires local monitoring and accountability from our Public Health Department.”

On its website, GEO Group Inc., the private prison company that operates Mesa Verde for ICE, says ensuring the health and safety of its employees and those in its care is its top priority. The company says all of its facilities operate safely, with round-the-clock access to health care, and are not overcrowded.

“We strongly reject these baseless allegations which are based on a false narrative and deliberate lies about our role as a long-standing government services provider," a GEO spokesperson said in a statement. "While the COVID-19 pandemic has presented unprecedented challenges, from the very beginning we have taken extensive measures to ensure the health and safety of those in our care and our employees, who are on the front lines making daily sacrifices at the facility."

Regardless, emails between ICE and GEO appear to show officials at Mesa Verde rejecting the suggestion to test all detainees at the facility in early July due to concern that it would cause housing issues.

Carolina Espinoza, who was detained for five months at Mesa Verde, described the facility as unsanitary and poorly equipped to prevent the spread of COVID-19.

“There’s no proper cleaning or sanitation at the facility,” she said. “Honestly, detainees were cleaning the facilities, the restrooms, with shampoo and lotion that the staff provided.”

She said detainees had been served spoiled food, and sometimes were given only 10 minutes for meals. In the cramped conditions of the detention facility, she said social distancing was practically impossible.

In its letter, the Rapid Response Network claimed violations of mandatory requirements for private corporations warranted oversight by Public Health. Although Mesa Verde is used by the federal government, the letter said the U.S. Supreme Court has held that private operators acting in violation of federal contracts or mandatory requirements could be subject to liability by local authorities.

Public Health spokeswoman Michelle Corson said in an email that the department was reviewing the letter. However, she maintained Public Health has no regulatory authority over Mesa Verde.

“As we do with other correctional facilities in our community, we continue to work in a supportive role with the medical team at Mesa Verde to help protect the health of those within the facility and our community,” she wrote.

Jeannie Parent, coordinator for KWESI, a local group dedicated to visiting detainees within Mesa Verde, brought up a recurring theme of the press conference.

“Immigration is a civil matter,” she said. “No one should be detained for an immigration matter, let alone be sentenced to death inside Mesa Verde, where they are scared for their lives and they have no way to avoid COVID-19. They worry that they will never get out to see their families, see their children, it’s time to save them all.”

U.S. Immigration and Customs Enforcement has begun moving detainees into one of two former state detention centers in McFarland, capping a lon…