Setting aside the fact that mama bears aren't guys, this group of conservative mothers, voters awash in their "mama bear" hashtags and signs and T-shirts, lapped up like honey the credit that Youngkin gave them for protecting their young (and for getting him elected).

And what exactly are these mama bears protecting their cubs from? Not the typical threats to human children that one might expect. Not, for example, the scourge of available guns leading to the tragedy of school shootings. Not the dire prospect of climate change extinguishing their darlings' futures. Certainly not COVID-19, as their chosen candidate reliably railed against mandatory vaccinations and mask-wearing.

No, these mama bears are excited about book banning. Specifically, they agitate to ban — cancel? — books or curricula that have anything to do with critical race theory, by which they seem to mean any honest account of racism in the course of U.S. history. They also want to eradicate any educational mention of LGBTQ people.

The white conservative mama bears, in casting liberals as the enemy of proper education, can tout their ferocious protectiveness of their children all they want. They forget that mama bears exist in all political affiliations. Some mama bears give birth to cubs of different colors and varying sexual orientations. And all mama bears are fierce.

This mama bear, one of whose cubs is gender-queer, once helped start a local PFLAG group in Tehachapi. I'm talking about me. A young gay teenager had hanged himself in his backyard, the only way he thought he could end the torment of bullying he suffered at his school. Our rural conservative town was so remiss that the U.S. Office of Civil Rights had to step in to detox the anti-gay culture pervading our schools. That awakened the mama bear in me.

My husband and I had several years before acquiesced when our child, a freshman at the local high school, had asked to homeschool without telling us the real reason. They felt they actually had to get away from their cruel peers in order to survive high school. Literally. Keeping their sexual orientation secret, they graduated salutatorian from a distance-learning charter school. They didn't come out to us until they were in college.

I am lucky and blessed that my child is now a happy, married adult. But I am still a mama bear, one whose cub has to be careful not to live in an area — a red area — where just their appearance will subject them to harassment or endanger them bodily. My child has been embraced by family and friends and a community of resources. But my child also endures casual transphobic slurs and more. According to the Centers for Disease Control and Prevention, my gender-queer child is statistically more likely to be harassed or attacked or murdered or suicidal than my cisgender children. Even though my child is grown, the prospect of any harm befalling them rouses the mama bear in me.

The conservative mama bears may revel in their victory in Virginia. They may think they own the identity of mama bear. It makes for adorable publicity. Ironically, the Facebook group called Mama Bears "is dedicated to making the world a kinder, safer, more loving people for all LGBTQ+ people to live and thrive." Mama bears everywhere will always watch over their young.

Youngkin's band of supportive mothers are perhaps more closely aligned with the work of a growing conservative group called Moms for Liberty, which fans the flames of anti-government, anti-tax, anti-vaccine fires and pits parents against schools. The culture wars are surely coming to a school board meeting near you.

But it's the damage these so-called mama bears are doing to LGBTQ people everywhere that provokes the mama bear in me. Make that a mama lion. That's my kid they're trying to shun and shame. That's my kid whose safety is in question and whose rights are being stomped on. I can't help roaring my anger.

Then I stop and wonder: What about their own kids? My heart breaks to think of LGBTQ kids growing up in the homes of these conservative mama bears who work so vociferously to erase any information or support that might help their own closeted cubs. It must feel desperately lonely to have your own mother portraying you as evil or broken or degenerate. I pray to God that they find love and acceptance somewhere. Apparently, in Virginia, and possibly in many other places, it won't be at school.

Email contributing columnist Valerie Schultz at vschultz22@gmail.com. The views expressed here are her own. 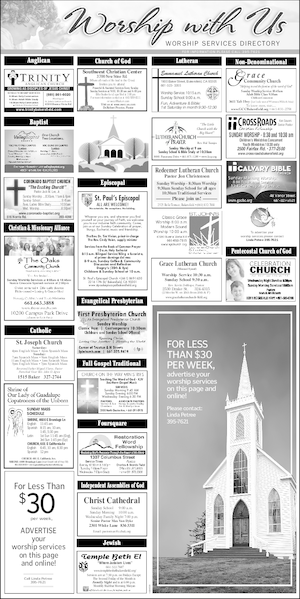