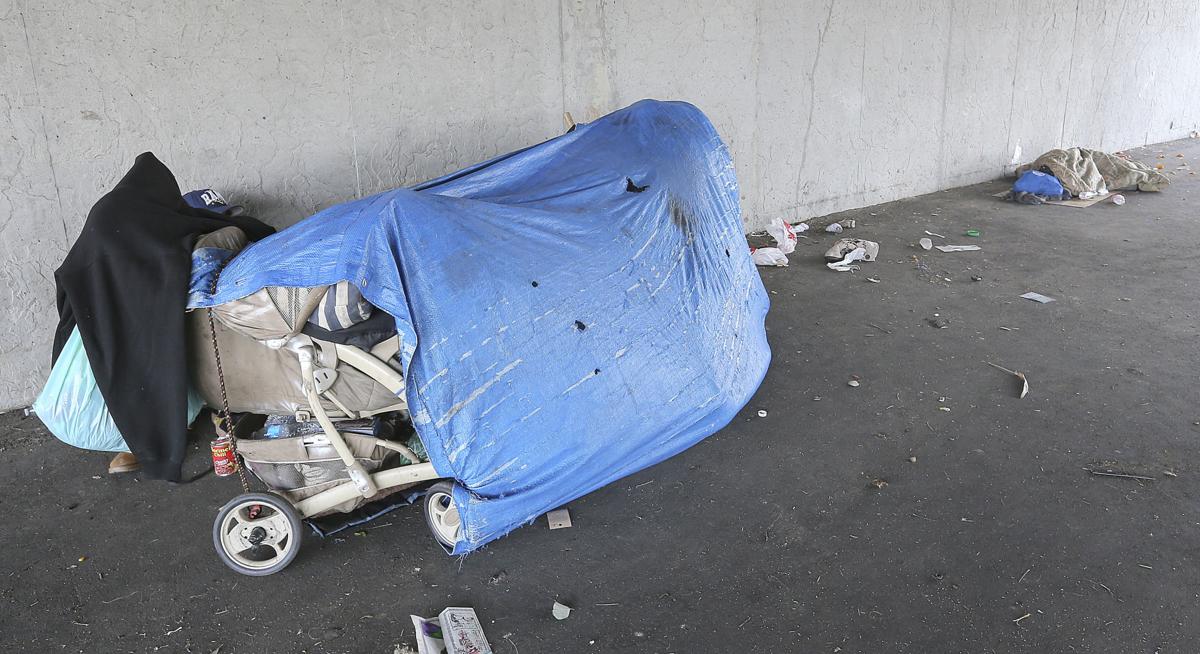 The underside of the Garces Circle overpass provides shelter from the weather for homeless people in this 2018 file photo. 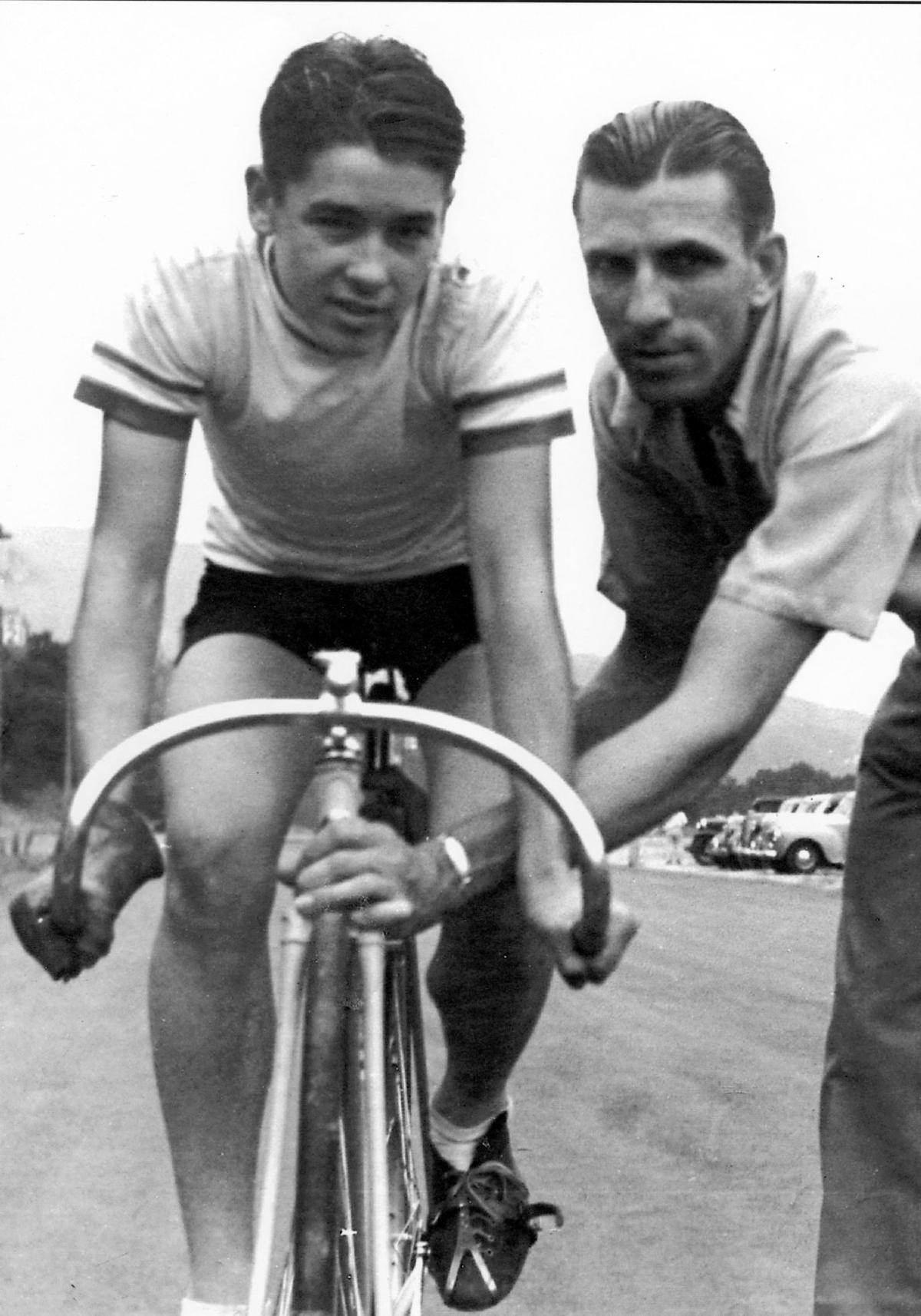 Vincent Clerou, owner of Vincent's Cyclery, holds up Wayne Moseley's bicycle prior to a 1941 team race. Clerou's old building at 1723 18th St. is now the property of Bitwise Industries. 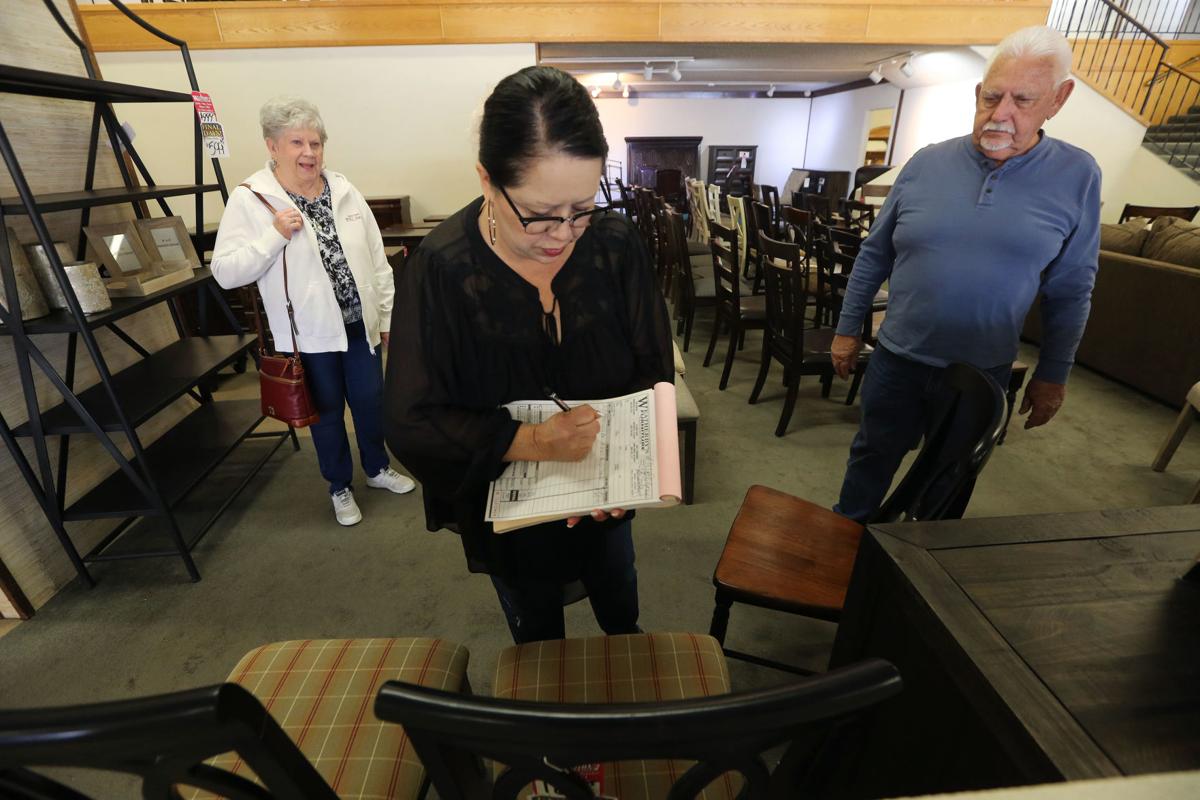 The underside of the Garces Circle overpass provides shelter from the weather for homeless people in this 2018 file photo.

Vincent Clerou, owner of Vincent's Cyclery, holds up Wayne Moseley's bicycle prior to a 1941 team race. Clerou's old building at 1723 18th St. is now the property of Bitwise Industries.

Reader: There would be less homelessness if people were taught that they are responsible for the choices they make ("It's cold, they're homeless and we'll study it," Nov. 10). Now, people who become homeless rely on other people to help them and rely on compassion and the willingness of others to help.

Also, years ago people were ashamed to be homeless and therefore took the measures to clean themselves up and look for work. "Shame" is gone from our society. There would be fewer children without fathers if "shame" were in play.

People who are drug addicts cannot be helped by others unless they make the decision to get off the drugs themselves. I learned that by trying to help someone who was addicted. They went right back on drugs after I gave them clothing, food and a job.

This is my contribution to the subject. As you state, there is no one answer for the problem.

Price: If people were better taught, and if they more fully embraced, the value and power of taking responsibility for themselves, we'd have significantly fewer instances of drug abuse, bankruptcy, foreclosure, unwanted pregnancy, sexually transmitted diseases, drunken driving, uninformed voting — you name it. But, fact is, with many of these examples, sometimes life just happens despite our best intentions. That is not to say many homeless people today haven't made some very bad decisions, or that many may indeed over-rely on the availability of government and charitable services.

The bottom line — and the gist of my Nov. 10 column on the local debate over the establishment of a city emergency homeless shelter — is that, however they might have fallen into their circumstances, they're here, on the streets, cold and in need of shelter. My point was, give them a safe place to sleep and then see what can be done in terms of drug counseling, mental health services, reunification with family, education and job training — whatever is needed, appropriate and possible.

Pointing out that they should have been more responsible for themselves, or waxing nostalgic about the alleged mindsets of previous generations of homeless folks don't serve any purpose now. We need solutions, not recriminations, no matter how much truth may lie therein.

Reader: I loved reading your story in Sunday's paper about homelessness ("It's cold, they're homeless and we'll study it," Nov. 10) and the city putting off its decision for a shelter on East Brundage Lane. You hit all the fine points: Some are homeless, some are criminals, some have mental problems. It seems that for most, maybe 80 percent, according to Sheriff Donny Youngblood, drugs are the main, constant problem.

I can say in our community of Oildale, we have had this crisis for a couple of years and at least the county (and Supervisor Mike Maggard) have taken a stand with the new shelter coming in January 2020.

We need more city and county leaders with courage to at least try to solve this outbreak of street people. The new shelter coming to Golden State Avenue will help, but we need a bigger one that covers all the aspects of their needs. It won't be easy but let's get on it!

Thanks very much; we love reading your paper every day.

Reader: Excellent article on serving the homeless. You must keep their feet to the fire. We should have had a general plan of action by now. Instead, we have a city staff with rocks for brains. There are so many alternatives we could put in place in just weeks or months.

There are two large parking lots right behind the Police Department, just south of the tracks. How about immediately setting up tents, port-a-potties, showers and a field kitchen? This would be a temporary move to see if the "homeless" even want a low-barrier shelter. Also, how come no one has a plan to deal with the truly mentally ill homeless that desperately need our help, today? Why hasn't the city joined the county government in their joint project?

Price: Those are all reasonable ideas, although I don't know how the BPD would feel about turning the department's auxiliary parking lot into a low-barrier shelter. One thing is for sure: The city and county should be working more closely on this. The metro area's homeless population does not differentiate between city jurisdiction and county jurisdiction; the overnight temperature in alleyways and doorway alcoves is the same.

Reader: I have been reading your column for many years and I feel compelled to tell you, your piece about the homeless situation in Sunday's edition is by far one of your best. You encompassed a lot of the different aspects of this issue, including quotes from City Council members. Your point in your last paragraph was mind-opening and moved me to tears.

I watched the (very lengthy!) Nov. 6 City Council meeting on KGOV and I thought the speakers were compelling and made very valid points and arguments. What took me by surprise is it seems the council actually listened to them. After my experience of having paid very close attention to council meetings over the past eight years, this is an unusual occurrence. Typically, I would say, 95 percent of the time the council's minds are made up to approve what City Manager Alan Tandy (oh, I meant to say staff) recommends.

Reader: You left out some details about the business that my father, Vincent Clerou, ran for 62 years at 1723 18th St. — one of the buildings recently purchased by Bitwise Industries ("Padre Hotel's new neighbor: Bitwise, moving into Turk's and Vincent's buildings," Nov. 13).

The building was built in 1930 by the local family that owned McMahan's Furniture; it was originally supposed to have been a men's clothing store, but that never happened because the man who was going to run it drowned at the coast trying to save a family member.

So, instead, an architect opened his office there. So did the owners of a radio station, a flower shop and a typewriter shop. They all used the parking garage upstairs.

My father opened his bicycle store, Vincent's Cyclery, in that building on March 19, 1934, specializing in Schwinn bicycles. He bought the building just a few years later. He added his lock-and-key business pretty early on, and then sporting goods. I worked for him then. We carried Nike shoes in the early 1970s, before anyone had heard of the company. Some of the local coaches liked them.

Reader: Thanks for your kind comments in your Nov. 9 Sound Off about Calcot Ltd.'s proposed sale of real property to the city of Bakersfield. I’m afraid I must write with one more clarification, which for some reason I’m not conveying. There are no warehouses in the deal. The city’s news release complicates the issue somewhat because it refers to "office and warehouse space," but I wouldn’t characterize it that way. However, our input was not sought in that release.

Our property, consisting of our office building, parking areas, vacant land and warehouses, comprises well over 100 acres total. The vast majority of that would remain Calcot property if the city approves the proposal.

This has also been complicated by television reporting, which has used footage of our warehouses and the vacant land.

If the City Council approves this proposal for a multipurpose complex of homelessness services, the city will be purchasing a very large office building and over 10 acres of vacant land, but not a single warehouse.

Reader: In the Nov. 12 Hong Kong protests story by The Associated Press, your headline reads: "Hong Kong police shoot man, set on fire another." What is wrong with the copy editor? The article didn't say anything about police setting the man on fire.

Price: You are correct. The AP's original headline was "Hong Kong police shoot protester, man set on fire," and in the course of rewriting it to fit the available space, the meaning was changed in a regrettable way. It's not clear who set the man on fire, but it most likely was not the police.

Reader: Absolutely a great column on Weatherby's ("Weatherby's furnished postwar Bakersfield, but now its time has passed," Nov. 13). I lived in Bakersfield until 1964. Once a Driller, always a Driller. Now I see a lot of my old classmates are moving back. Why? Mostly because of their old friends. Keep up what you do.

Reader: I want to compliment you guys in the sports section. You finally listed the scores of the Mojave football team, which is in the 8-man playoffs. They were ranked No. 1 and they won, and you listed the score, finally. I just wanted to say I appreciate that. The Mojave High football team gets no coverage from anyone as far as I can tell. They're a wonderful group of kids and they have been champions over and over and over.

Price: Towns like Mojave, miles from the nearest major city, have it tough without a daily newspaper or local television station, so they get the media scraps. Glad we could be of some small service.

Reader: I’m always disappointed, Robert, when I reach the end of the Sound Off. It is similar to the feeling I get when the ball meets the bottom of the cup on the 18th hole. “I could go another round!”

Regarding your use of the word “collocation”: When reading The Californian, I keep my smartphone and/or Google Home Mini near me to look up words I (rural high-school educated) do not know. Washington Post columnist Michael Gerson usually gives me the most trouble; and The Californian's Brik McDill did, as well, until his wife set him straight.

I often cite and share Michael Gerson to/with friends and family — those firmly leaning left and those right. I have an older sister that I love very much that is firmly left; an older, wealthy, brother that is now — since having achieved financial success — right; those two have not been getting along lately.

Just as you do in your Sound Off responses, Gerson delivers well-reasoned, sound, viewpoints without bias or prejudice to either side. (I didn’t state that right; it’s still early and I have a cold.) Again, same as yours, his arguments and opinions hold up under scrutiny.

Thanks for continuing to be part of The Bakersfield Californian and my (our) reading experience.

Price: I made today's Sound Off extra-long just for you, Alvin. Thanks.

ROBERT PRICE: It's cold, they're homeless and we'll study it

It might be instructive, amid all this discussion about homelessness and emergency shelters, to get the perspective of the world's best-known …