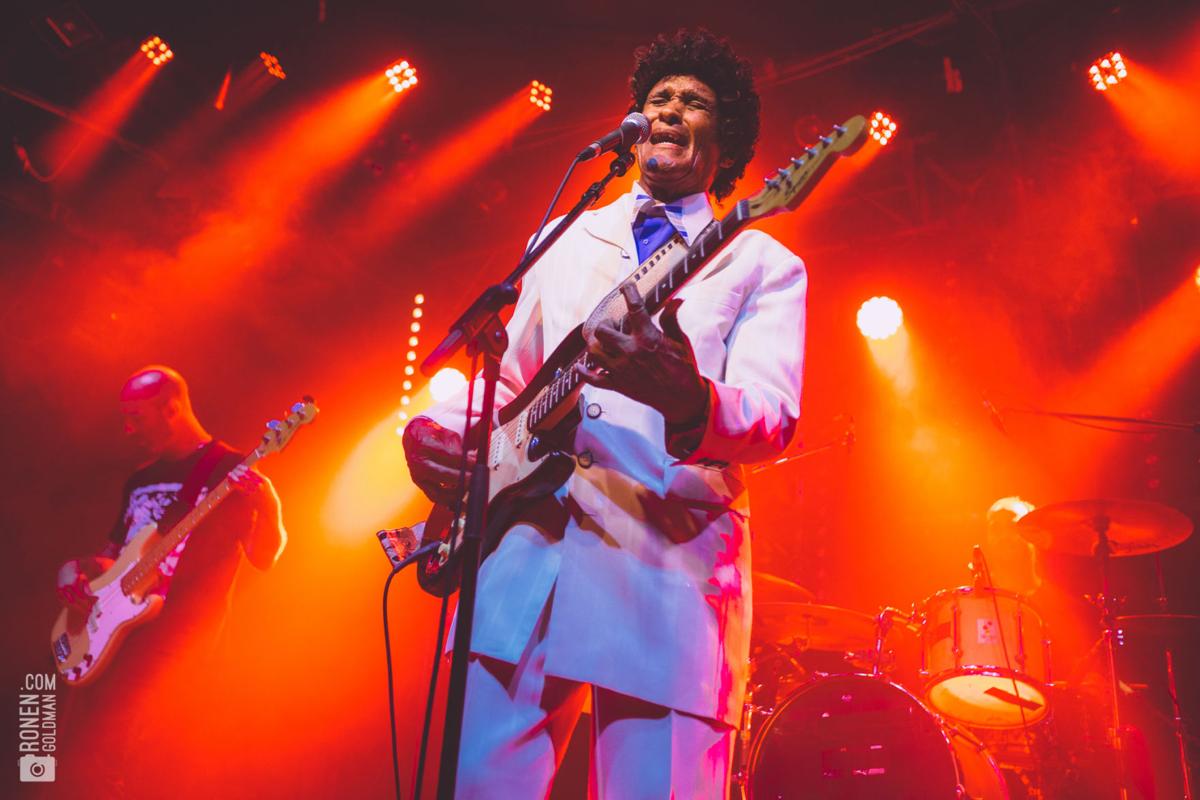 Robert "Bilbo" Walker, who was raised in Clarksdale, Miss., and died in Bakersfield, was part of a Delta Blues scene that transformed places like Clarksdale and Memphis — cities that benefit famously from music tourism. 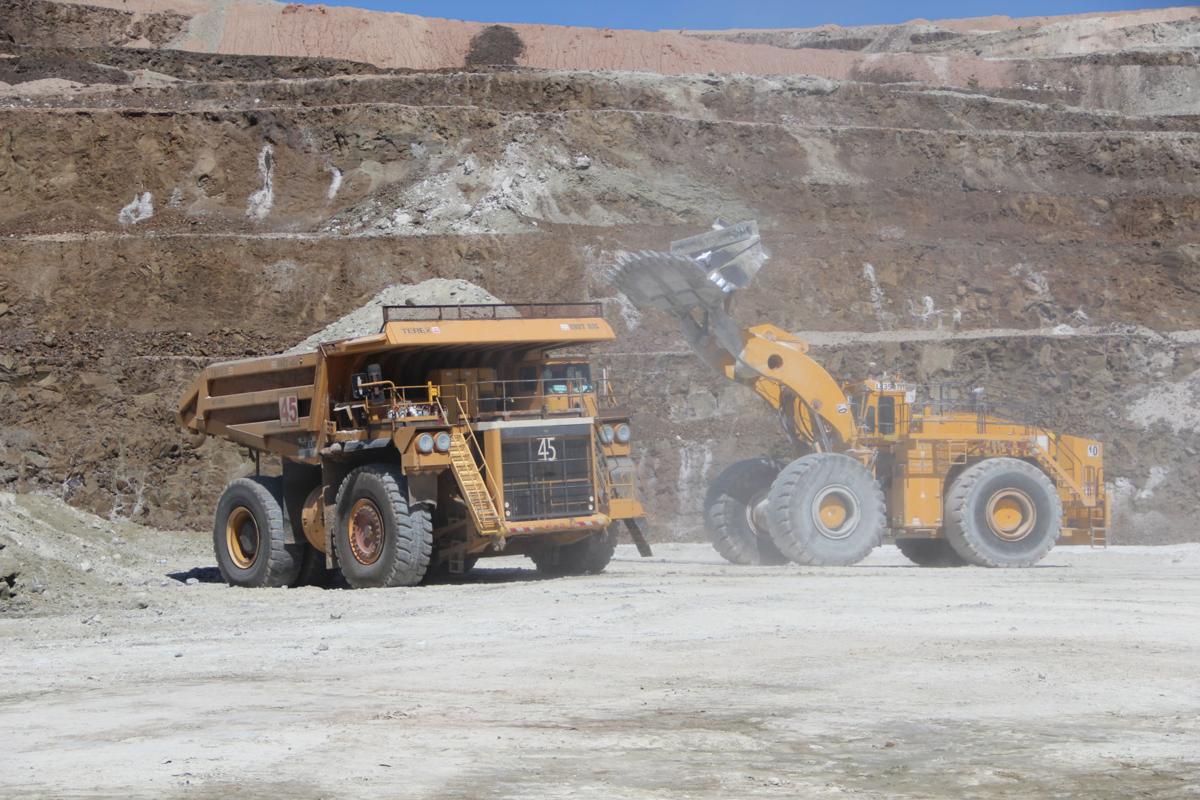 Heavy vehicle operators mine borax at the Rio Tinto plant in Boron in this file photo.

Robert "Bilbo" Walker, who was raised in Clarksdale, Miss., and died in Bakersfield, was part of a Delta Blues scene that transformed places like Clarksdale and Memphis — cities that benefit famously from music tourism.

Heavy vehicle operators mine borax at the Rio Tinto plant in Boron in this file photo.

Reader: I am so pleased with your front-page piece on the potential of Bakersfield to be a music center ("How we can untap Bakersfield's tourism potential," Oct. 20). For years I have resisted the all-too-easy tendency of people here to wax snarky on the subject of our community, and have felt it was (a) misplaced, and (b, worse) a killer of the hopefulness and courage that many people exhibit every day. Even as a community, let alone an individual, if you reject who you are, it's hard to take the next step.

When it comes to celebrating our community, we've had agriculture and extractive industries that are well-known. But not so much performing art unique to our setting. You've opened our thoughts about who we are and one more thing we offer, another credible current in our cultural life.

Reader: As a Memphian transplanted to Bakersfield, I really appreciated the article on Bakersfield's tourism potential. I’ve been reading you (and Lois Henry) since I got here, and don’t always agree with you, but find your brand of logic and intellectual honesty refreshing.

When I told people in Memphis we were moving to Bakersfield, I got a lot of warm smiles accompanied by “Buck Owens” or “Bakersfield Sound.” The Grand Ole Opry, just up the street in Nashville, has connections with Bakersfield. Since I’ve been here I've heard a lot of “the glory days are over” attitude and “why would anyone move here? I can’t wait to move” comments. Funny, that’s what I would hear growing up in Memphis.

This town has a lot of potential. Yes, it has to deal with issues at the state level that it is powerless to control, but the things that are in the influence of local leadership seem to be untapped for some reason. You were spot-on with your article, but I have heard the "miserable drone of its abundant, change-loathing nay-sayers” here. I get that to a degree. People here don’t want the nonsense of L.A. moving up here, but the times they are a-changin’. What’s the old saying? "Lead, follow or get out of the way.”

Price: My suggestion that Bakersfield exploit its country music legacy of the 1950s and ’60s by organizing locally and redoubling its external marketing along that theme was received with some enthusiasm — as well as, as we expected, John, the miserable drone of abundant, change-loathing naysayers. I guess every town has them.

A handful of readers did more than just applaud: They put some real thought into how Bakersfield might go about mimicking some of the successes of cities like Memphis, Nashville and tiny Clarksdale, Miss., the self-appointed (with justification) capital of the Delta Blues. And a couple of readers got quite specific about potential bands, venues and trademarkable names for festivals and any-weekend-of-the-year nightlife. What that tells me is that the idea of marketing Bakersfield Sound vacations to the world isn't the automatic eye-roll some might think.

Reader: I agree with the editorial Nov. 27, "Clean up the mess made at the Kern County Fair," that answers to the alleged mismanagement of funds at the Kern County Fair. We should know more once the investigation by District Attorney Cynthia Zimmer is completed. My concern is that not every board member who is serving currently and listed by name in the article served during the time of the alleged mismanagement of funds.

I have read the entire document by State Auditor Elaine M. Howle, who indicated that the alleged misuse of funds occurred from 2016-18. I know of at least one current board member, NaTesha Johnson, who was appointed to her first term on the board in August 2018, after the time period being questioned in the audit. It seems a bit unfair to not include years of service of the board members when publishing the board members’ names. Yes, I understand their names are public record. Yes, I believe all current board members should exercise their responsibilities as an oversight committee; however, the public should be informed of current board members' tenures. As a professional colleague of Ms. Johnson and a personal friend, I ask the community to give her (and any other new board member) an opportunity to do their job as an oversight committee.

Price: We can't blame the current board for what may have happened as far back as 2013, when the fair in question (not identified in the audit) first went on a "watch list," and the editorial did not do that. Not in the text and not in the accompanying "Who's in Charge?" box, which listed board members. The current board would be the group, as you note, to oversee policy, accounting or personnel changes, if that's what is ultimately called for, and that's why their names were listed — to encourage their diligence.

Reader: Whoever wrote the Oct. 13 article titled "It's a brave Nuestro world," a review of the restaurant Nuestro Mexico, made a huge error. "Nuestro" means "our," not "new," as the writer apparently assumed. The Spanish word for "new" is "nuevo." It literally only takes a couple of seconds to type "new" into Google Translate.

Price: Pete Tittl, our longtime restaurant reviewer, wrote the article but not the words you cite. That was the headline writer, and she was attempting word play, not a translation. "Brave New World" is a dystopian novel by English author Aldous Huxley; the first syllable in Nuestro sounds like "new"; and Pete was reviewing Nuestro Mexico's "new," second location. Get it? It's simply a groaner pun. But I repeat myself.

Reader: Did Pete Tittl really mean to refer to a lack of "waitress" service in a recent restaurant review ("All's Well and good at revamped spot," Oct. 27)? The Californian's longtime food critic must surely be aware that waiting on tables is not a gender specific job.

Price: I asked Pete about this one and he threw himself on the mercy of the court: "My bad. I win the Sexist Man Award of the week. Just dumb. 'Table' service is what I should have said. Poor choice of words."

I should mention that Pete is over the age of 50 and therefore remembers when quaint words like "waitress" were in common usage. So let's be kind. Yes, I'm in that club as well. And, just so you all know, I refuse to use the word "spokesperson."

Reader: John Cox wrote a swell article on the Boron lithium mine ("Discovery of lithium at Boron mine raises eastern Kern's economic prospects," Oct. 29). He does an excellent job of writing business articles. Thank you.

I just wish The Bakersfield Californian could replicate its staff of political writers of the past. Those were the glory days: James Burger, Bruce Scheidt and Ronald Campbell. The vulnerable columnist Robert Price, the last of the Mohicans, has been know to write a hell of a political article.

Price: One of the things that made those political reporters you reference so good is their years of service. Experience counts. But everyone gets gray hair, or less hair, unless they take remedial steps, so change is inevitable. We're grooming a new group of hirsute reporters who will eventually fill those large shoes.

By the way, I think the word you were looking for is "venerable."

(I checked back with Mark; that is indeed what he meant, although "vulnerable" has occasionally applied, too.)

Reader: Thanks for your feedback on my recent letter in the Oct. 26 Sound Off. I think it is a given that a lot of countries, including Russia and Iran, are always trying to influence our elections, but the only way we can judge their success or lack thereof is to see the actual data on how many votes were changed, where they were changed, how they were changed and when it took place. Do you have that data?

Also, you seem to give a lot of credence to information that appears on Facebook, which I think is a big mistake. How do you distinguish between fact and disinformation concerning anything you see on Facebook? I am really interested in how you do that.

Price: I didn't decide that Russian operatives tried to affect the outcome of the election; eight U.S. intelligence agencies did. I have not seen any data on how the vote tabulation process may have been manipulated, but then that's not what I was referring to. I was referring to false, misleading or discord-inducing content on social media, and it's impossible to nail down precisely how many voters' opinions were affected by that, or to what extent. But it happened, according to everyone in a position to know. Unless these adversarial foreign players were stunningly incompetent or American voter-consumers brilliantly discerning, it surely had some effect.

Your suggestion that I "seem to give a lot of credence to information that appears on Facebook" is stunning. Or hilarious. I can't decide. Not three months ago, I mind-numbingly expounded on why we should all apply healthy skepticism to the noise that inhabits social media. I wasn't quoting some random Facebook post in my response to you last week; I was citing an announcement from the company itself: "Facebook said Monday it has already removed four networks of accounts, pages and groups for 'coordinated inauthentic behavior.'"

Since you asked for data, though, I'll share this: More than 40 percent of visits to 65 fake news sites come from social media, compared with 10 percent of visits to 690 top U.S. news sites, according to a 2017 study by researchers from NYU and Stanford. And in the months leading up to the 2016 election, the top 20 fake news stories had more shares, reactions and comments on Facebook (8.7 million engagements) than the 20 top hard news stories (7.3 million engagements), according to a BuzzFeed analysis. And, NPR reports, the authors of an Ohio State University study on the subject concluded that their data "strongly suggest ... that exposure to fake news did have a significant impact on voting decisions."

I understand the game we're playing here: How legitimate a president is Donald Trump? Others can debate that. I'm just sharing what investigation and research have shown. Of course, Stanford and BuzzFeed may simply be part of the "deep state," too.

Reader: Mr. Price goes to great lengths to educate and inform, but why should he have to? I mean, really people. Please. Get it together. Display a little intellectual curiosity and stop the mindless regurgitation of ridiculous propaganda. If you don’t want to read The New York Times, Washington Post, USA Today, Wall Street Journal or Associated Press, try Politifact, or FactCheck.org or Snopes, or just read the Constitution. It’s your responsibility, as a citizen, to be informed.

Thanks for the cathartic vent.

The Californian’s Robert Price answers your questions and takes your complaints about our news coverage in this weekly feedback forum. Questions may be edited for space and clarity. To offer your input by phone, call 661-395-7649 and leave your comments in a voicemail message or email us at soundoff@bakersfield.com. Please include your name and phone number; they won’t be published.

ROBERT PRICE: How we can untap Bakersfield's tourism potential