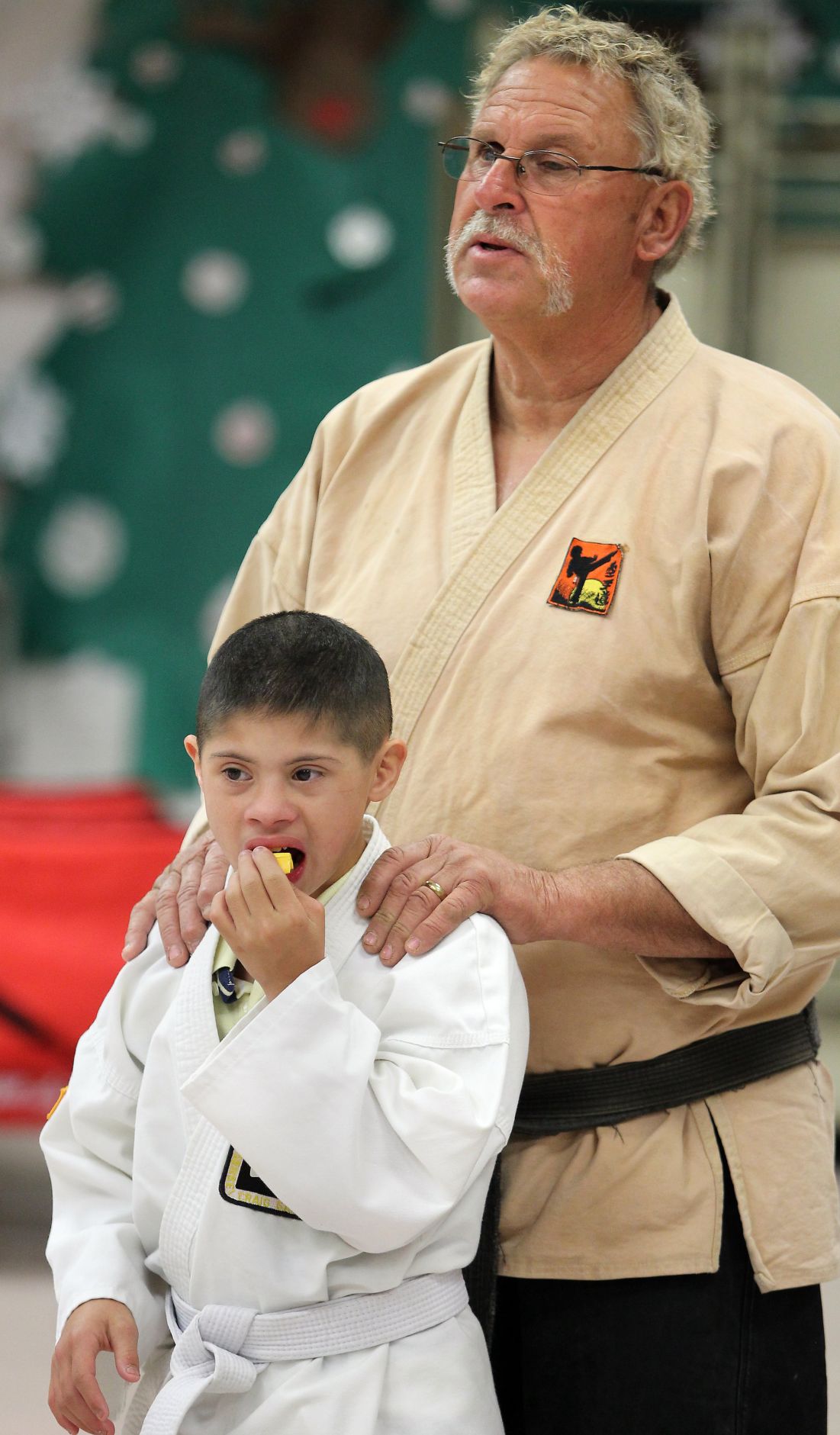 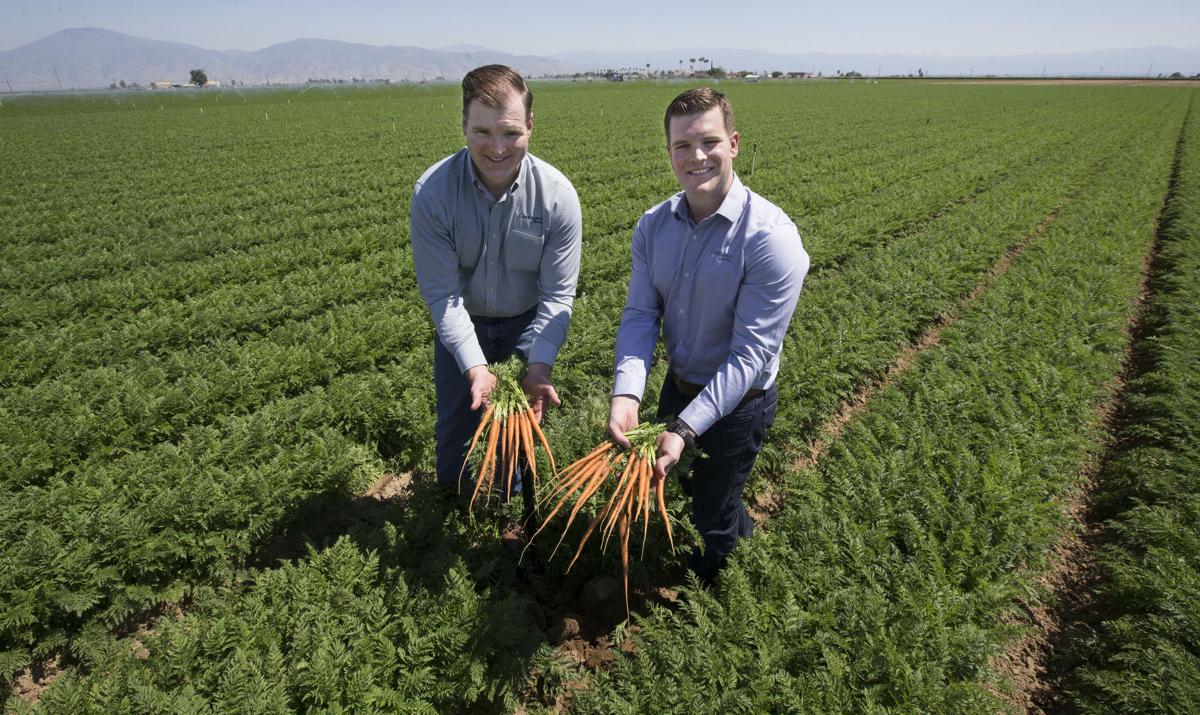 Brothers Brandon and Brett Grimm share what organic carrots look like six weeks before harvest in a field in Weedpatch. Grimmway Farms is celebrating its 50th year.

Brothers Brandon and Brett Grimm share what organic carrots look like six weeks before harvest in a field in Weedpatch. Grimmway Farms is celebrating its 50th year.

Reader: I like The Californian and many of its features but I have been very frustrated with its political bias favoring liberals over conservatives and in the last two years slanting the news to always be critical of President Trump while never giving him any credit for his success, i.e., the economy, creating jobs, increasing wages, record low unemployment for blacks, Hispanics and women. Your headlines are slanted to put President Trump in the worst possible light. Over the years I have written six or seven letters to The Californian pleading for balance to the Opinion page and Sound Off. I don’t mind criticism of conservatives or President Trump, but I do want some degree of evenhandedness in political coverage. The pious Robert Price is smart and spins his liberal point of view quite well.

Price: Our staff's coverage of local issues comprises 90 percent of the newspaper's content, and that's the way it should be. Cops and courts, homeless programs, restaurant openings, road closures, Herb Benham. That's what we're here for. The stuff that happens in your backyard.

National stories, written by services such as the Associated Press, are but a fraction of what we provide readers. We generally have room only for the biggest national and world stories, and they are often truncated; we leave the in-depth stories and analysis to nationally focused publications like The Wall Street Journal.

But we have a confrontational president who chums the waters of our national dialogue with sensational, exclamation-point-littered tweets; his style regularly incites the national media, sometimes with justification, sometimes not so much. The effect is a national news page that is largely driven by the president's style — his spat of the day, his latest hyperbolic claim. In the hierarchy of news value, Trump's trumpishness too often relegates everything else, often including news that might reflect positively on his administration, to the bottom of the news feed.

Plenty of local issues are controversial and debate-worthy but it's our national news pages — coverage we have less control over — that rile readers.

Richard, you have long criticized our Opinion pages. All I can tell you is that we strive to get it right. One of our challenges — and opinion section editors across the country have commiserated about this — is that worthy columnists who consistently support President Trump are hard to find. For one thing, prominent conservatives like Michael Gerson and George Will have flipped the script and consistently criticize President Trump. National Review editor Rich Lowry initially did, too, before getting back in line. The late Charles Krauthammer faced the same moral dilemma. Conservative editorial boards have also been torn. Even your favorite newspaper, the aforementioned Wall Street Journal, called Trump, a few weeks before his election, "a flawed personality who has few convictions and knows little about the world." This balance thing ain't as simple as it might look.

My advice: Read The Wall Street Journal or Washington Examiner for your national news and The Californian for your local news. That's what we do best and what we control best.

Reader: I really enjoyed your article on the two Kerns ("Can an earthquake bring two Kern counties together?," Sept. 11), having been stationed at China Lake in the late 1970s as a station pilot and aircraft division officer. Amazing place, with the R&D labs and test-flying. And I loved running in the high desert.

The drive on Highway 178, through Lake Isabella to Bakersfield and up the valley to Naval Air Station Lemoore was always striking in its contrast from high desert to mountain to agriculture. From a national security standpoint, I think that base is essential. That $4.1 billion for earthquake repairs at China Lake is authorized. From Markham, Va.

Reader: What a beautiful piece on my friend, Craig Garrett ("A martial arts teacher who wanted something more for students," Sept. 12). Everything you said is so true. He was a gentle soul and one of the kindest men I've ever met. Craig would stop by our offices in Lamont and Bakersfield with gifts of fruit for all to share. I was one of the lucky ones to get one of his hand-drawn Christmas cards every year.

When Craig told me about one of his karate meets, I would try to make them and covered them for the Arvin Tiller and Lamont Reporter. He will be missed. RIP, my friend.

Price: Craig Garrett had something to say, and he expressed it with the most precious currency any of us possess — his time.

Reader: If "libtard" gets through your online story-commenting filter (Sound Off, Aug. 24), here's a new one: "contard." A contard is someone who opposes any idea because they have none of their own. They criticize everything.

If people do not like our current politics, change it. Politics is supposed to be about ideas, not personalities. Debate ideas on their merits; all ideas have good and bad aspects. Not everything is, or should be, political.

Price: Yes, "contard" perfectly suits today's preference for sixth-grade schoolyard name-calling over rational debate. In a world where the president can call last week's ally a "loser" and a Democratic presidential debate can descend into overt ageism, it's spot-on.

Reader: Your response to the homelessness issue (Sound Off, Sept. 7) contained a key phrase that's the essence of the path forward for this population: "... escaped addiction, got a job, and, as a result, regained his self-esteem." The key solution to this problem, an expensive one, is identifying those homeless who don't have psychiatric disorders, weaning them off any drug habit, and providing them job training in areas where there's a demand, at wages that can sustain independent living. Anything less guarantees continuance of public support, however meager that may be.

Price: But that's the only way forward. Yes, a dilemma indeed.

Reader: My name is Tina and 2½ years ago I found that Shar-On is not just a program ("Ten years later, she's still 'doin' good for nothin'," Aug. 18). It's a family. It was like nothing else I had experienced. I first started showing up because I was homeless, hungry and on drugs. Today I live in a garage, and am no longer doing drugs, thanks to our NA program at Shar-On. When you walk through those doors you feel loved and respected no matter what life has thrown at you. I have participated in Shar-On's self-discovery classes and, boy, I found some of the reasons for my self-loathing. I had been stuck in that place for a long time.

I have been the lead volunteer for the grounds, kitchen and dining hall of St. Andrew's for the past two years. I feel so fortunate to have the chance to better myself. I have learned that you feel better inside and out when you give freely and love yourself at the same time. I have attended every class taught there. I have also been to all the Doin' Good for Nothin' cleanups. I teach a dance class there every Saturday. I also prepare, cook and help serve meals every day except Saturday and Sunday. I now have the opportunity to mentor the new people showing up to our program daily. As a dedicated and loved member of Shar-On, the possibilities are endless and I'm just starting. Thank you for letting me have a voice.

Price: My Aug. 18 column on Shari Rightmer, founder of Shar-On Corp., a Taft-based nonprofit, generated some criticism — of my column and of Rightmer (Sound Off, Aug. 31). I'm glad to hear the program has made a difference in your life.

Reader: As I sat across the table from my beloved at Uricchio's on Monday evening, I asked if she had read your column ("Buckaroos or Taproots? I've narrowed the KHSD's school-naming choices," Sept. 8) on the naming finalists for the new high school. (We had exhausted all other deep, meaningful and romantic topics.) She hadn’t.

... I remarked that the committee had ignored your own suggestion of Zanahoria High School and she laughed delightedly. She taught Spanish at Bakersfield College forever and even did a stint teaching bilingual language skills to managers and staff at Bolthouse Farms, so she picked up on the significance of the reference right away. I think her laughter (and mine) was in recognition of the humor (if not futility and/or facetiousness) implicit in your suggestion. Oh, wait. Were you serious? Oops. Never mind.

Price: Your preference for Buck Owens High School, Steve — our preference, I should say — is supported by the late local singer/businessman's impeccable life resume. Buck, raised in poverty, was driven, talented, loyal and generous. We are of like minds, Steve, which some may find alarming.

As for my suggestion of Zanahoria High School (Carrot High School): Yes, that was made in jest — at first. The more I think about it, though, the more I like it. That new high school at Panama Lane and Cottonwood Road, opening in August 2022, is in the heart of carrot country; mega-growers like Bolthouse and Grimmway have helped put food on the tables of three generations of Kern County families.

I am now accepting nominations for Zanahoria's team colors, mascot and cheer. You know, just in case those Kern High School District trustees come to their senses and select it.

SOUND OFF: Kern oil industry under siege; forgive us for covering it

Reader: No news organization more so than our hometown paper has glorified this issue (of state lawmakers' attention to the large, uncontrolle…

Are you kidding me? Liberal bias? I've lived here surrounded by wing nuts and ditto heads my whole life. Only because my family is here. Move up north and experience some real liberal bias.

The good things Trump has done? Cant think of any!

I don't think Trump needs anyone to point out he's a bad seed. He's got that handled. Why is it that nobody specifically calls out a specific report about Trump they think is biased? Generalizations. So many people slam the Californian yet continue to contribute their position......daily.

The beauty of it is there are lots of media outlets, choose one that fits your particular politics and remain mad at others for not believing as you do.. Or, a better recommendation, go to various media outlets, get various perspectives, research it,and come to your own conclusions. No publication promises to agree with you on every thing and if they do, they are more likely cheerleaders than journalists.