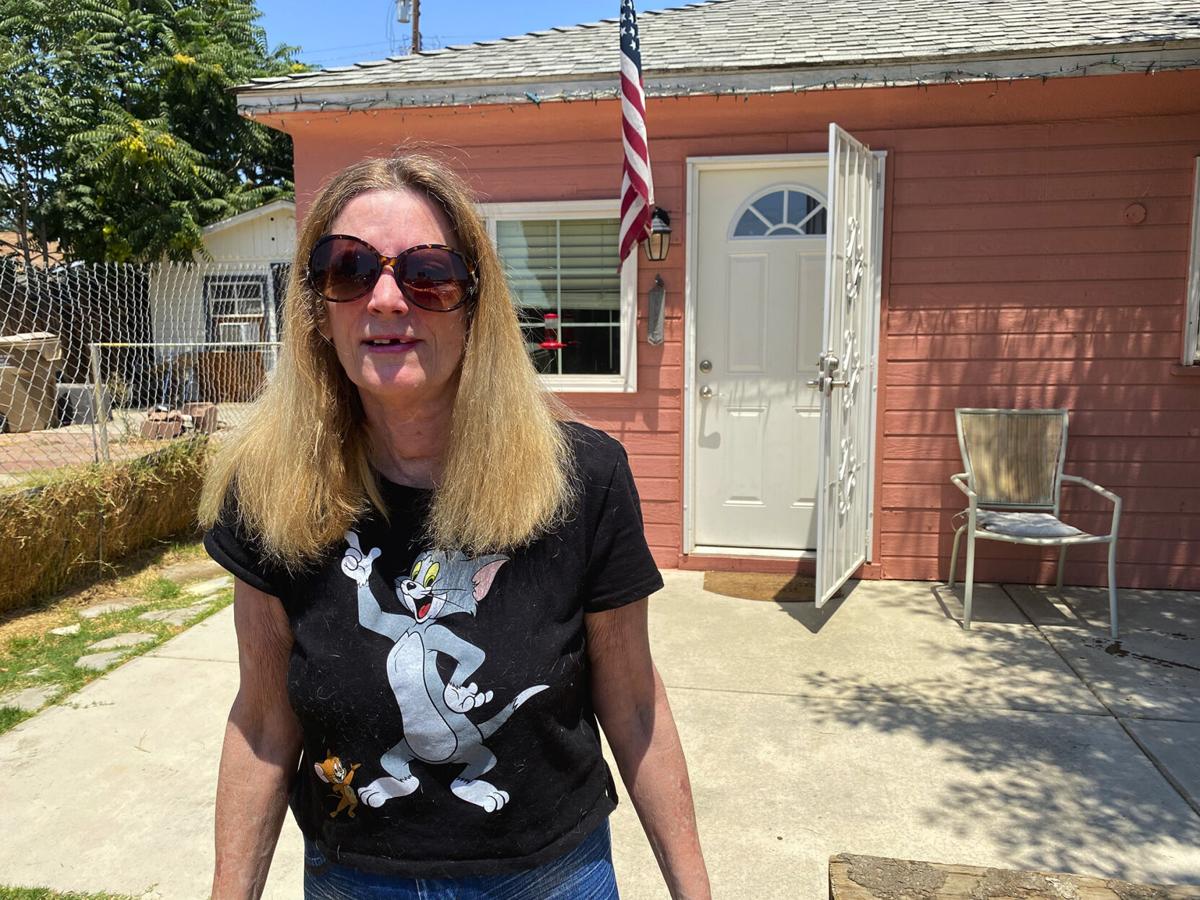 Cari Anderson, outside her Oildale home on June 19. 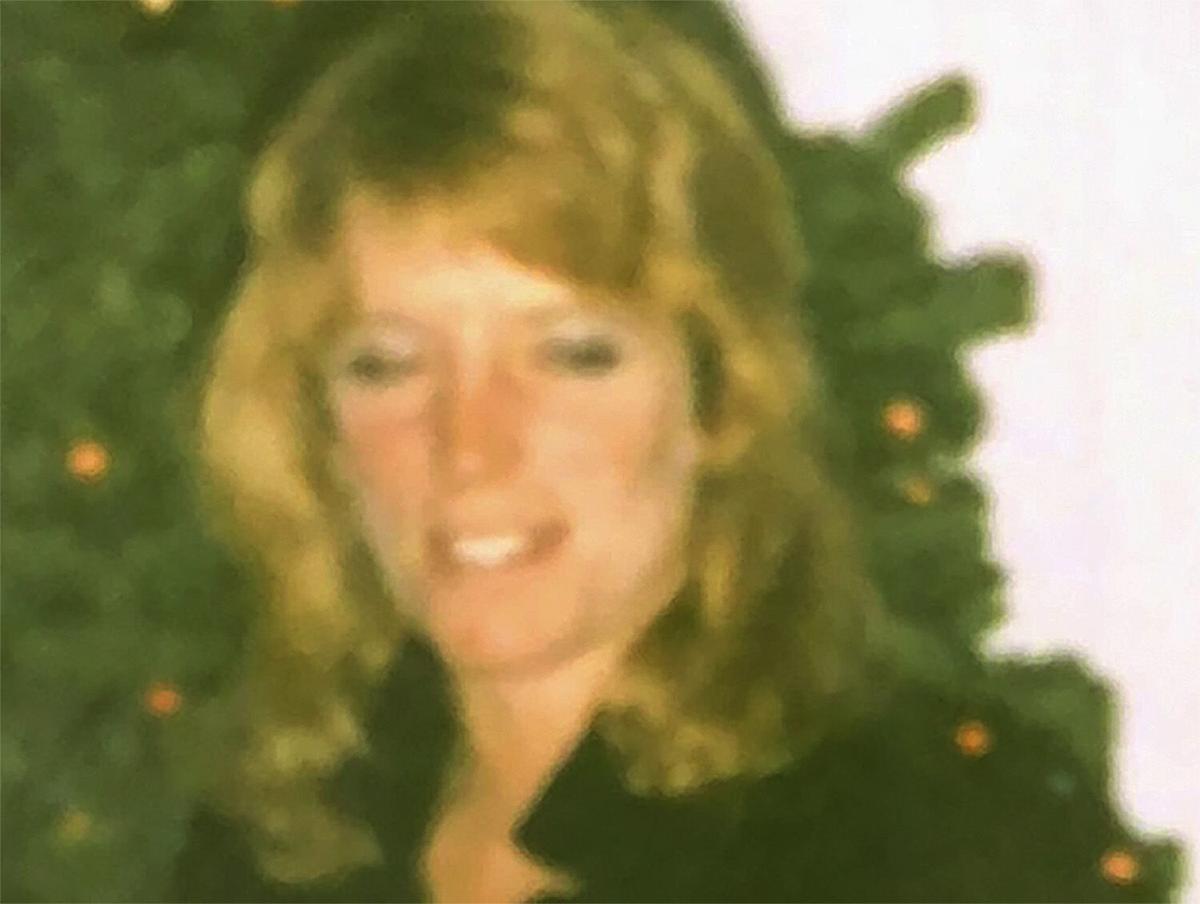 Cari Anderson in 1997, not long before she was brutally attacked.

Cari Anderson, outside her Oildale home on June 19.

Cari Anderson in 1997, not long before she was brutally attacked.

Almost 24 years ago, Cari Anderson was robbed, raped and left for dead in a field near a narrow channel of the Kern River, her skull fractured and her throat slashed. If not for providence and the quick action of others, it would have been the coroner, and not a pair of EMTs, lifting her body into the back of a van that November morning.

The last thing she saw on this earth might have been unspeakable violence and inhuman cruelty. Instead, weeks later, she opened her eyes to people who loved her and professionals who cared.

But her injuries were severe. She was frail beyond her years and unsteady on her feet. She had developed vision problems and early dementia and could no longer read.

She had fallen again in her tiny Oildale rental, where she lived alone, this time suffering fractured ribs and a pierced lung. She was discovered two days later, Sept. 15, and died at Hoffmann Hospice.

Olivia LaVoice, a former KGET-TV reporter who now works in Seattle, had introduced Anderson to the community in a poignant series of 2018 stories. The two remained close.

Kellie Echols, the fourth of Anderson’s six children, described how much that connection meant to her — not just Anderson’s connection to LaVoice but to the people who saw and responded to her story, many with gifts of household goods and much-needed labor.

“She was remembered and loved by a lot of people,” Echols said. “She touched a lot of hearts with her story. How the community came together was amazing. We read her all the comments on Facebook; I know Olivia, did too, from the very beginning, when the first story aired, to the very end — last week, when we were reading her the comments.”

“She smiled big when she heard those comments,” said another daughter, Shawna Anderson.

On Nov. 23, 1997, four days before Thanksgiving, Anderson was having a beer at her favorite bar, the Buckhorn on 34th Street. She had loaned an acquaintance $200 to buy her children Christmas presents, pulling the bills from a wad of $3,000 in cash. That’s about the last thing she remembers.

A GET employee, Armando Guerrero, was patrolling a field behind Golden Empire Transit’s maintenance yard just off Golden State Highway and F Street early the next morning when he happened upon her bloodied, limp form, unconscious and barely alive.

Echols, then a 15-year-old sophomore at Centennial High School, was called upon to identify her mother as she lay in a hospital bed.

“They had her in an induced coma for several days because of the severity of the injuries and they went to wake her up about seven days later,” Echols said. “They had to extubate her (remove the endotracheal breathing tube) and they didn't think she would live through that. They told me I needed to call family at that point. This was before everybody had phones, and I didn't have anybody to call. I was 15. I had one number memorized and I called it, collect, from a payphone at KMC.”

Just as doctors had feared, Cari did not breathe on her own. A tracheotomy was their only option — and it worked.

Echols and her mother lived together at the time, just the two of them, and the next few months, for the girl, were “the loneliest I’ve ever been in my life. I still have trauma from that.” She never returned to Centennial, instead receiving her diploma through a special community school.

While Anderson recovered slowly, to the extent she could, police went about the task of finding her assailant, or assailants. And they were having little luck.

Until last June. Bakersfield Police detectives delivered the news in person, and it literally knocked Anderson out of her chair. They had arrested Michael Allen Fontes, 47, after getting a DNA hit using genealogical technology. They had apparently matched crime scene DNA to an individual who was related to Fontes. Family-member DNA matches have helped solve several recent high-profile murder cases, including California’s Grim Sleeper and Arizona’s Canal Killer.

Sgt. Christine Abshire, who has been on the case for more than six years, wouldn’t get that specific about it, however.

“This was our first one solved with these techniques and of this nature,” she said. “... Is it matched to somebody that's alive today? That I can't necessarily comment on at this point. I think the best way to explain it is, multiple techniques were used and the techniques were genealogy-based.”

Abshire said the investigation is not over. She would not comment on the possibility of a second suspect.

Fontes, charged with attempted murder, rape and aggravated mayhem, has had his preliminary hearing delayed twice by court backups but is now currently set to appear Friday.

Could Fontes’ attempted murder charge be bumped up to murder now that the victim has died? Not likely, Abshire said: Unless the victim dies within three years of the crime, chances are slim. In any case, she said, it would be District Attorney Cynthia Zimmer’s call.

She also leaves a community that embraced her courage, her humility and her plainspoken gratitude for what she had and what she was able to discover in people. People like those at the Chapel of Grace, a small Oildale church directly across the street from her little pink house.

No services will be held. Instead, daughter Echols said, well-wishers should give to the animal shelter of their choice. “And take a moment to appreciate your life,” she said.