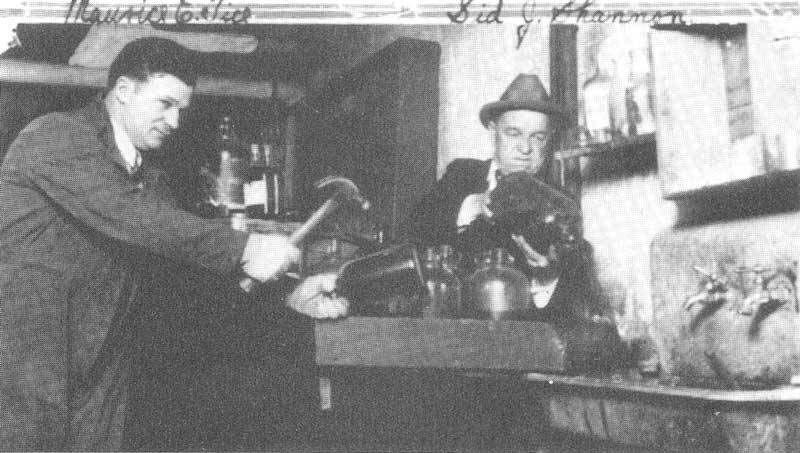 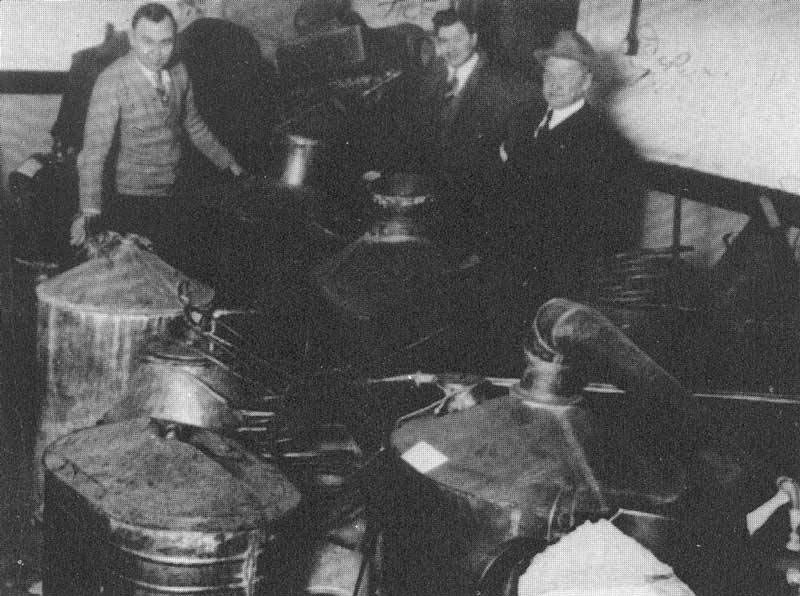 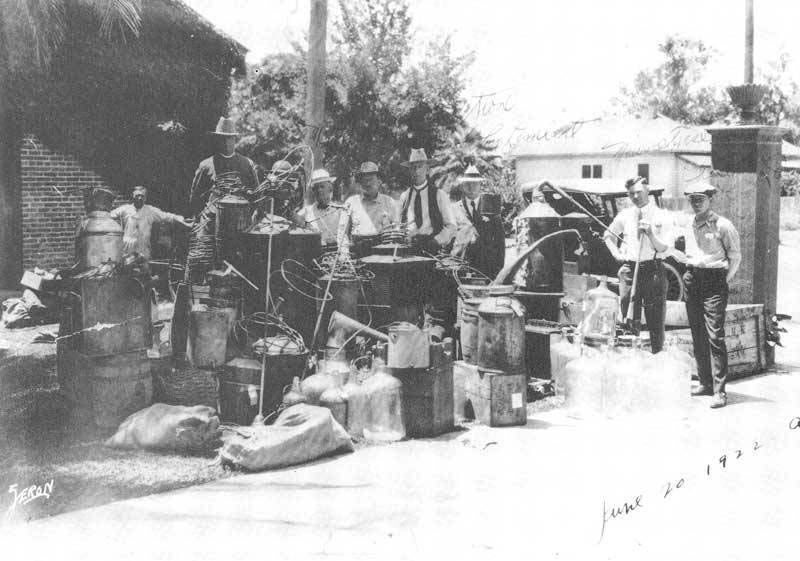 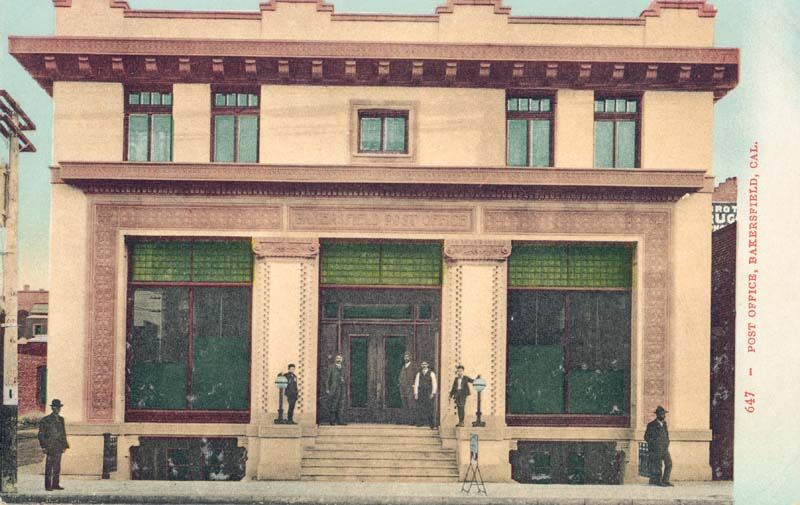 The Bakersfield post office on 18th Street as it appeared in 1925. 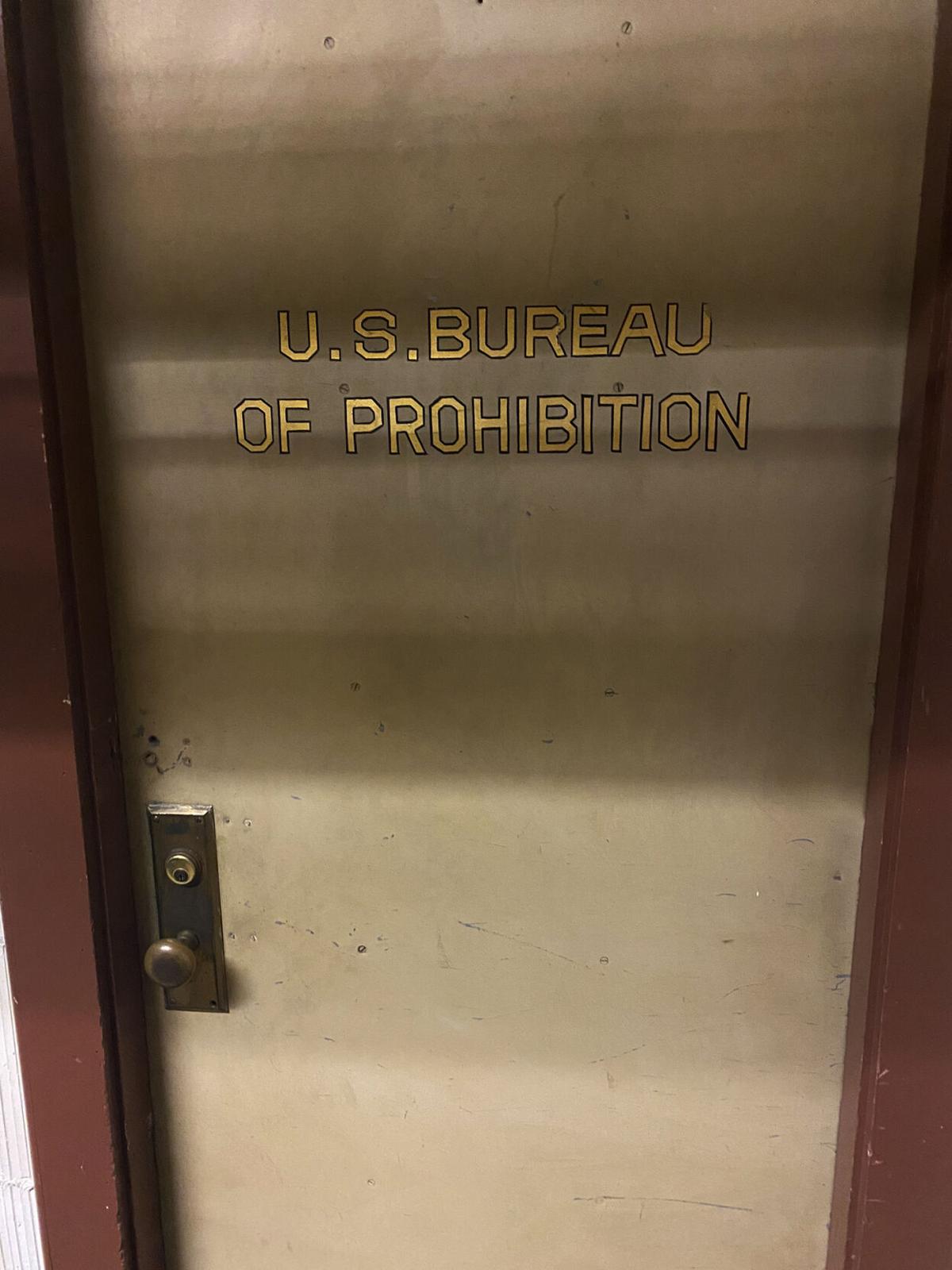 The words "U.S. Bureau of Prohibition" are still plainly visible in gold-decal letters on the still-intact door's frosted glass. 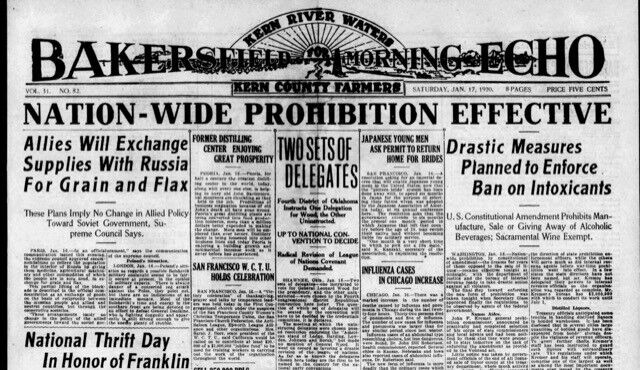 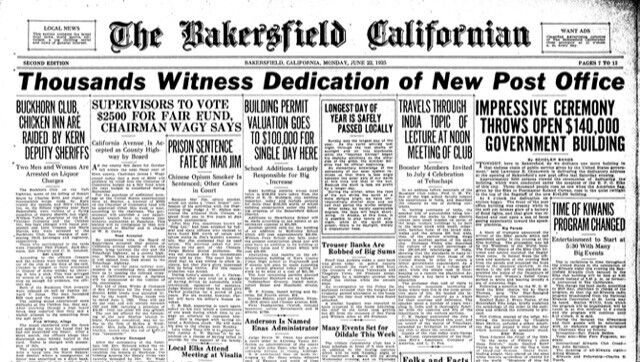 The Bakersfield Californian reported on the opening of the post office. 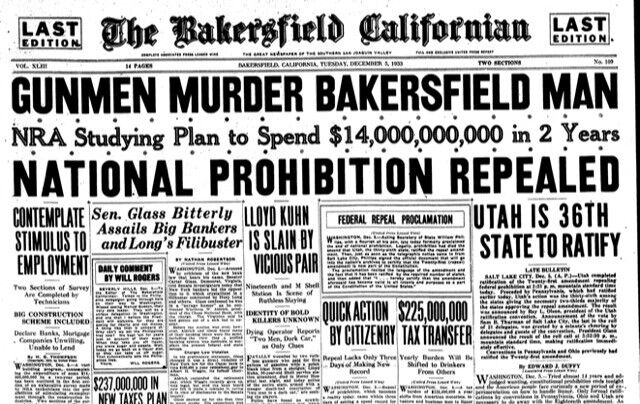 The Bakersfield Californian carried headlines on the repeal of Prohibition.

The Bakersfield post office on 18th Street as it appeared in 1925.

The words "U.S. Bureau of Prohibition" are still plainly visible in gold-decal letters on the still-intact door's frosted glass.

The Bakersfield Californian reported on the opening of the post office.

The Bakersfield Californian carried headlines on the repeal of Prohibition.

Unexplained thumps. Sudden chills. The feeling of a foreboding presence. Several workers at the post office in downtown Bakersfield say they’ve experienced those after-hours phenomena over the years.

The historic old government building, coming up on its 100th birthday, might be haunted, a half-dozen postal workers suggest.

However, I submit, they could be blaming the wrong ghost. If you believe in that kind of thing.

The basement of the 18th Street post office, 93301 in postal shorthand, served a dual role when it opened in 1925: It was the headquarters of the local office of the U.S. Bureau of Prohibition. Federal agents, working in tandem with the Kern County District Attorney's Office, were tasked with enforcing the Volstead Act, enacted to carry out the intent of the 18th Amendment, which banned the importation, transportation and sale of alcoholic beverages.

In 1920, the House of Representatives and the U.S. Senate, along with 46 of the 48 states, acted on decades of pressure from religious social reformers and moved to halt the nation’s descent into booze-fueled debauchery. Prohibition was an unqualified failure, of course — after nearly 14 years of scarcely contained bootlegging and black marketing, it was repealed in 1933 with the passage of the 21st Amendment. In the interim, however, the U.S. experienced some dangerous and, in retrospect, entertaining years.

The post office basement still looks like the setting for a Raymond Chandler novel: You almost expect Humphrey Bogart, as Philip Marlowe, to step out of the office. The words “U.S. Bureau of Prohibition” are still plainly visible in gold-decal letters on the still-intact door’s frosted glass.

That is where Prohibition agents stored, as evidence, confiscated liquor — likely behind a semi-inaccessible door 6 feet above the floor — and interrogated suspected bootleggers and traffickers by the light of a single, stark basement bulb, which, 96 years later, is still hanging right where they left it.

In that office one afternoon, as legend has it, one of those bootleggers died while being interrogated. Agents supposedly moved his body into an adjacent room, where it remained until they could arrange its removal.

Pure myth? Perhaps. But several of the postal workers I talked to said privately they’d heard that story, handed down through three generations of local mail carriers. (The U.S. Postal Service district office in Sacramento wouldn’t let me formally interview those postal workers or photograph the basement, although it has been photographed before.) The spirit of this unhappy, unidentified man remains, as the story goes.

I submit that the lingering apparition is not that of a bootlegger at all, but rather a federal agent who was done wrong three separate times — first by a criminal distiller of illicit spirits and then twice by the Kern County justice system.

That agent was none other than the most feared Prohibition enforcer in the county, Special Officer William W. “Bud” Wiles, a former Wasco city constable.

“Perhaps his record with the District Attorney’s Office says it best,” writes Bakersfield College history professor Richard Roux, author of “Bootleggers, Booze, and Busts: Prohibition in Kern County, 1919-1933.” Wiles had been “a participant in 185 raids, including the Green Lantern raid in McKittrick.” In that ingenious enforcement action — not really a raid at all — agents duped a succession of bootleggers into delivering their product, 15 minutes apart, to what they thought was an illicit oil field saloon disguised as a wholesome dispenser of sasparillas. The confiscated booze had a street value, in today’s dollars, of $840,000.

But it all came to an end for Wiles during a raid on a bootlegging operation at a place called Ball Ranch, near the mountain town of Woody, a week before Christmas 1924.

As Wiles and two fellow agents quietly and cautiously approached the illegal still, which bootleggers Louis Lowe and Charles “Charlie Brown” Kanoth were about to fire up, Lowe spotted Wiles lurking around his automobile. He snuck up on the agent and shot him with a revolver three or four times. The other two agents chased down Lowe and captured him, but Wiles was killed.

Lowe, 31, confessed to the crime in a signed statement. Konoth, who, Roux notes, may have been an informant, initially told investigators he hadn’t seen much of what transpired — but, at trial, he testified to Lowe’s guilt. Yet, somehow, after 58 hours of deliberation, the all-male jury told the judge it was hopelessly deadlocked, seven in favor of conviction, five in favor of acquittal.

“I am free to confess to you, gentlemen, that I am mightily surprised that this jury cannot agree upon a verdict in this case,” he told the jurors.

“I have heard many cases ... and I have never seen a more plain case presented to a jury than this was by the district attorney, and I must confess to you, gentlemen, I am sorry. I am not saying this to hurt your feelings, but ... if the courts of this land cannot protect its citizenship by the hand of jurors, we might as well quit.”

It was a second insult upon Officer Wiles’ memory.

Weeks later, a second panel of jurors was assembled, this one with three women. Lowe, apparently emboldened, pleaded self-defense this time, and it worked: He was found guilty of manslaughter rather than the capital crime of murder. Lowe, who had previously served out a sentence at San Quentin State Prison for felony burglary, was this time sentenced to one to 10 years at Folsom Prison, and on May 13, 1925, he walked behind its gates to serve his time. Less than five years later, however, he was transferred to a convict labor camp in Fresno County.

A third insult upon Wiles.

Five weeks later, on June 22, 1925, the new post office opened and the local Prohibition headquarters was transferred there.

Bud Wiles deserved better than what he got: a series of indignities. If any man’s spirit is justified in rattling his chains in the basement headquarters of Bakersfield’s Bureau of Prohibition, it is not the anonymous, apocryphal bootlegger. It is the agent who was thrice done wrong.

At least he has the company of persistently rumored apparitions at the nearby Padre Hotel and The Bakersfield Californian building.

One has to wonder what Wiles would say about this post-Prohibition irony: In 2018, the 18th Street federal building was renamed the Merle Haggard Post Office in honor of the Bakersfield-born country music legend who gave us songs like “I Think I’ll Just Stay Here and Drink.”