Memorial Hospital registered nurse Harrpreet Rai gloves up before caring for a patient in the medical center's COVID-19 intensive care unit on Aug. 24. 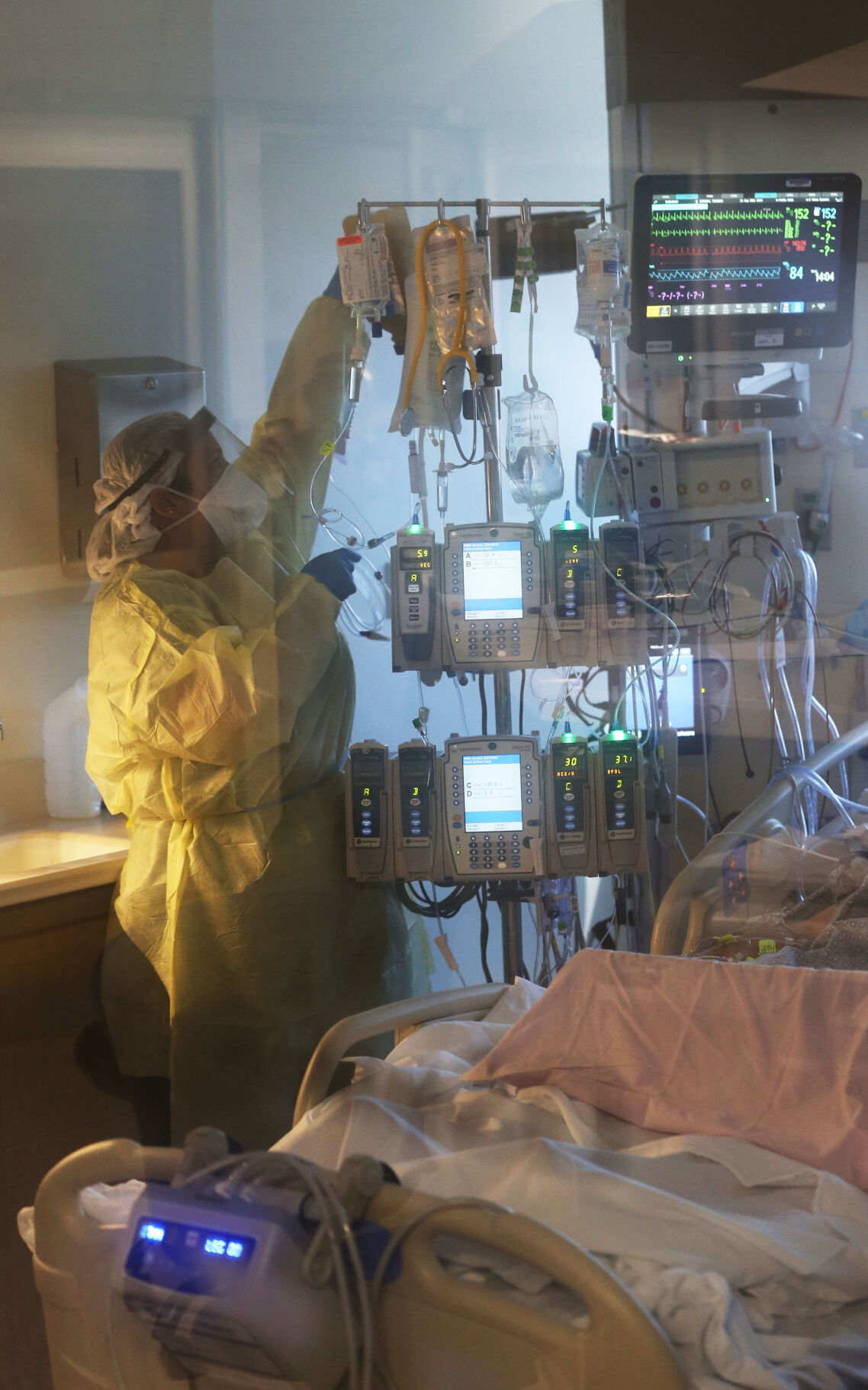 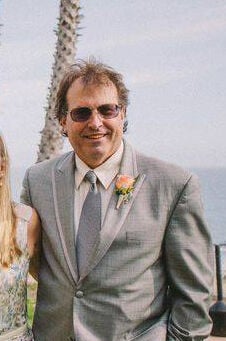 Memorial Hospital registered nurse Harrpreet Rai gloves up before caring for a patient in the medical center's COVID-19 intensive care unit on Aug. 24.

Among my bad habits is my willingness, in weak moments, to engage in long-distance digital debates with friends and perfect strangers over this evil hoax that Bill Gates and New World Order schemers are attempting to foist on the gullible, docile masses.

I’m referring to COVID-19 and, more to today’s point, the various COVID-19 vaccines that are saving lives. Unless, of course, they’re really not, as I’ve been told repeatedly. Vaccines are kind of a bonus hoax, I suppose.

I could just put the phone down and take the dog for a walk, except for this: Hospitals are filling up again with people gasping for breath from the effects of this hoax virus — 337 in Kern County as of Friday, a new high, topping the previous snapshot-in-time record of 333, set in August 2020 — and in almost every case it’s because the infected patient refused to get the free, widely available, now-FDA-approved vaccine.

But they will receive treatment nonetheless, just like the violent, unrepentant, felonious gangbanger with a .45 slug in the gut, because that's simply what doctors and nurses do.

More on that later.

When I inquired about it late last month, between 94 percent and 99 percent of the patients in the COVID units of Bakersfield’s largest hospitals were unvaccinated. None of the vaccinated patients were among the most serious cases. And none of them had died.

In fact, since the vaccines became widely available in Kern County on April 5, according to my KGET colleague Alex Fisher, at least 109 people (of the 1,482 local coronavirus deaths since the pandemic began) have died from COVID-19, and every single one of them was unvaccinated.

In a sense, though, it’s possible for COVID-19 to hasten the death of a vaccinated person. Hospitals everywhere, Kern County included, are postponing elective surgeries because their beds are full of unvaccinated COVID patients. Some in need of surgery are dying much sooner than they ought to. Consider the case in Houston two weeks ago of a decorated Army veteran whose gallstone surgery had been repeatedly postponed — and then infection set in. “Talk to any doctor in Texas. It’s insane,” Dr. Hasan Kakli told the New York Daily News, referring to that freedom-loving, mask-hating state’s current seven-day COVID positivity rate of 17,606 new cases per day and its current 48 percent vaccination rate.

And, lest you assume Purple Heart recipient Daniel Wilkinson, 46, was one in a billion, consider the Toronto-area public health official who last week reported about three dozen people there have died in recent months because they were unable to have elective heart surgery due to crowded COVID wards.

“Elective,” I should note, does not mean “minor.” It simply means “scheduled.” And though postponement of “elective” cancer surgery may not kill someone today, nurse Kristin Eckhardt told a Portland TV station Friday, it’s “gonna shorten somebody’s lifespan by a potential couple of decades because they (could) die in the next five years, when if we could have operated on them today you could have prevented that from happening. And they would have lived 20 more years.”

At some point the question becomes: When do hospital triage protocols start sending unvaccinated COVID patients to the back of the line? I’m not the one who’s wondering. It’s a question health professionals — and medical ethicists — are asking more and more.

“I don't know of any state that has formally declared the Crisis Standard of Care, the top triage level,” said hospital ethicist Christopher Meyers, referring to emergency protocols that compel hospitals to deny care to those least likely to survive treatment. Battlefield treatment prioritization, essentially.

“But what everybody's saying is, there’s a hidden triage” taking place in many hospitals now, said Meyers, late of Cal State Bakersfield and the Kegley Institute of Ethics. “People who are in need of, say, (a heart) bypass who can get by for another month or two are being put on hold. People who are needing hip surgeries are being told, ‘That's an elective procedure and we can't do it now.’ And all of those (surgeries) are getting backed up. And there are some data indicating that (consequently) the death rate among things like bypass (surgery) or cancer treatment are potentially as high as the death rate from COVID. So, we’ve got to figure out that balance.”

Just be careful about putting your more bluntly phrased solutions in writing, as a group of Texas physicians learned recently.

Because a patient’s prognosis is one of the factors that must be weighed prior to treatment, and vaccination reduces the chances of serious infection and death, according to a recent “task force memo” written by that group of physicians, “vaccine status therefore may be considered when making triage decisions as part of the physician’s assessment of each individual’s likelihood of survival.”

The controversial memo, which the group later walked back, was cited in a Sept. 1 Washington Post op-ed piece by former Time magazine editor-in-chief Nancy Gibbs as evidence of the worsening dilemma among health professionals and medical ethicists. The title of her essay: “Do the unvaccinated deserve scarce ICU beds?” Her conclusion: Yes. “We depend on health-care providers to save us from the cumulative costs of our luck, imperfections and weaknesses,” she wrote. “And we are, none of us, perfect. Trust between doctors and patients depends on the exercise of medical, not moral, judgment, and we all benefit from their dispassion.”

“Physicians treat, nurses treat, everybody else in the hospital, their job is to treat folks,” he said. “You don't ask questions. And if you start to lose your empathy for them, if you have to ask what in their life brought them to this stage where they’ve made stupid (errors of judgment), you just have to remember: Our job is to treat, not to judge.”

Even if, to their last gasp, the patient is cursing the New World Order.