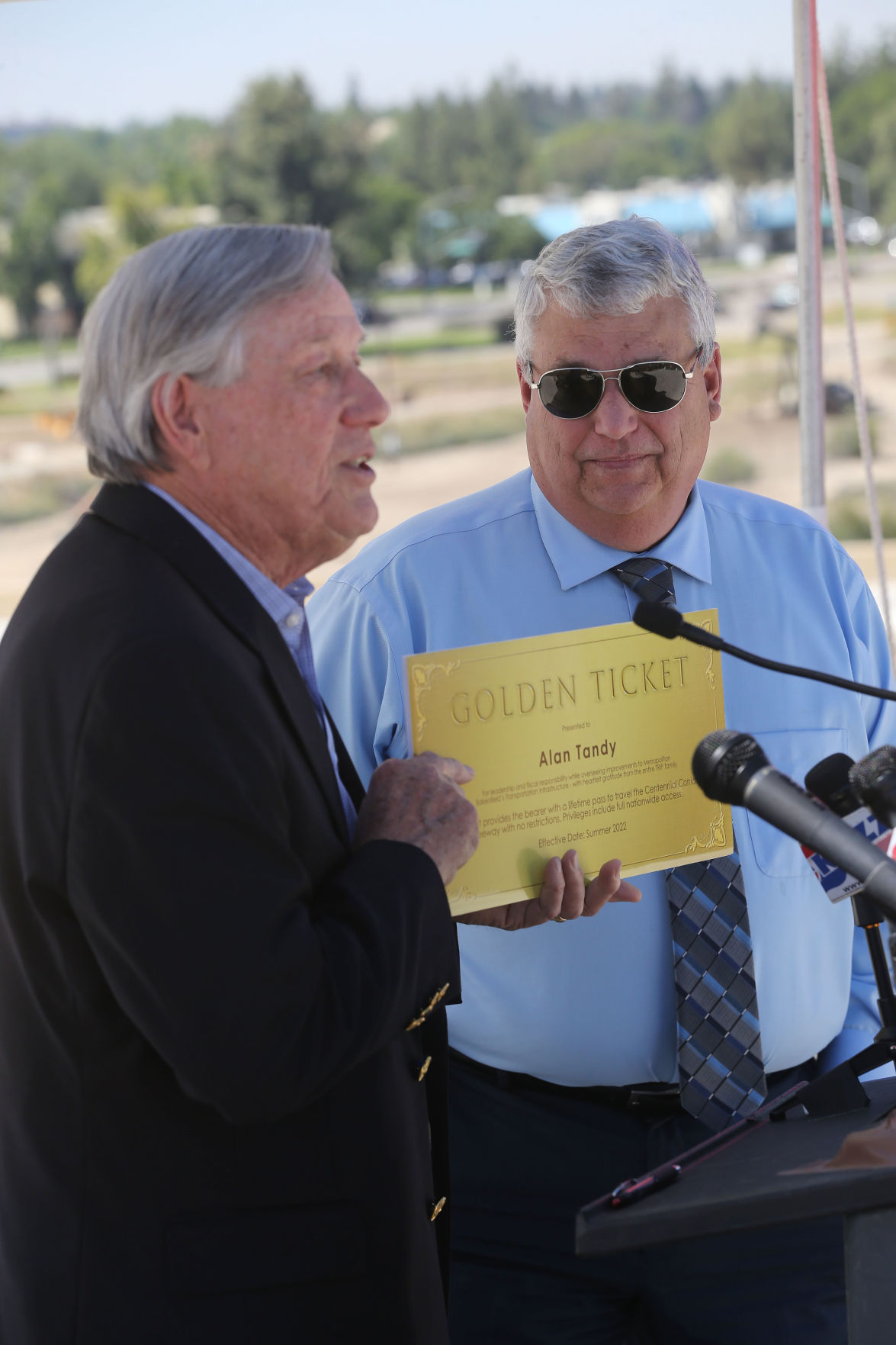 Bill Thomas, left, presents an award to City Manager Alan Tandy for all his efforts regarding the Centennial Corridor freeway project in June 2019. 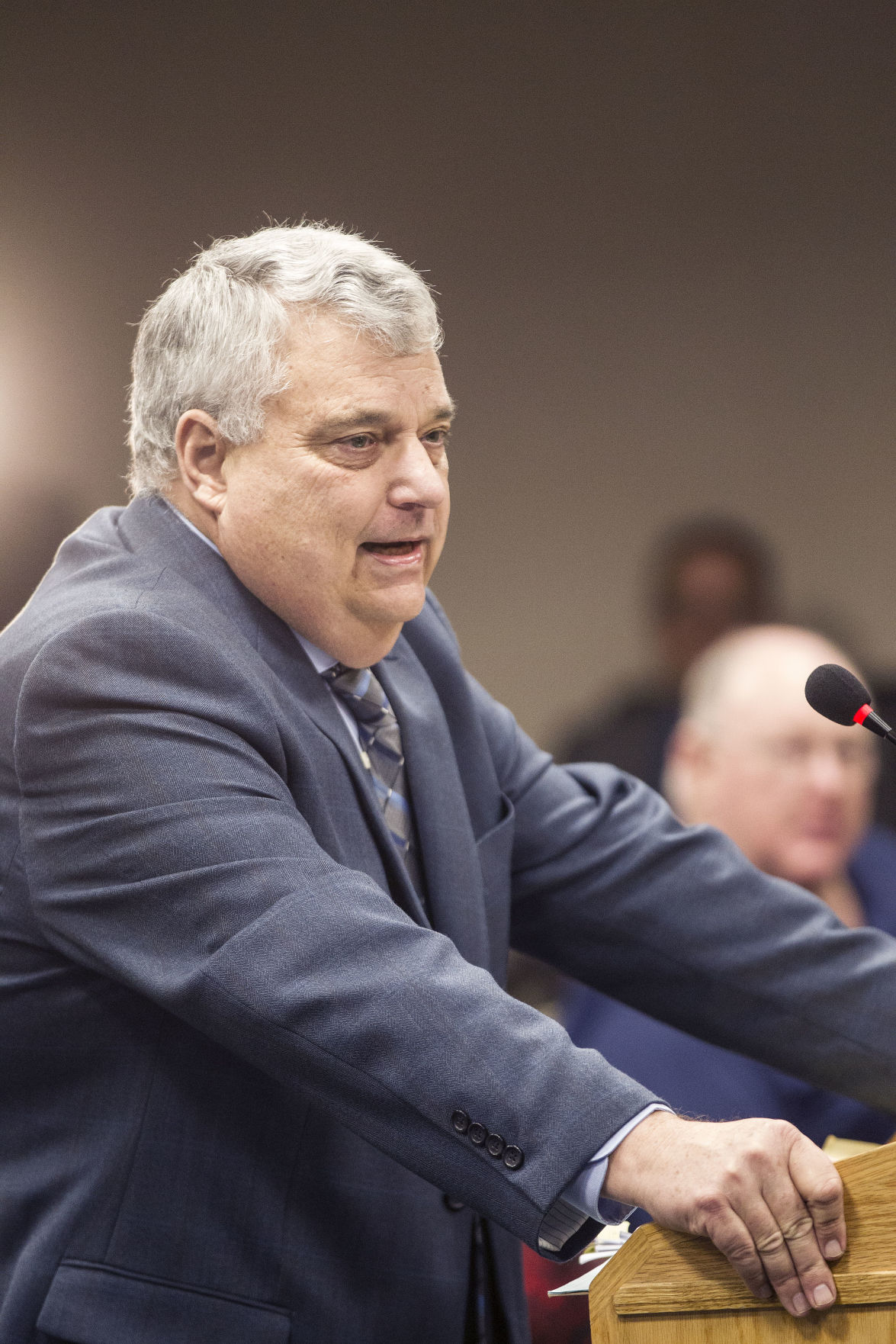 Bill Thomas, left, presents an award to City Manager Alan Tandy for all his efforts regarding the Centennial Corridor freeway project in June 2019.

The Bakersfield City Council is about to embark on an undertaking that will determine the city's direction like no other single decision in recent memory: Finding the right person to call the shots.

For 27 years, that person has been City Manager Alan Tandy. Yes, the city manager serves at the pleasure of the City Council, which can vote him into the unemployment line without much difficulty — and in Tandy's case once very nearly did so — but the job wields tremendous power and influence, far more than any gathering of council members shy of a quorum.

Tonight the City Council will consider whether to allow its human resources department to coordinate what will presumably be a nationwide search, or hire an outside firm with the expertise for this kind of task.

The decisions only get more consequential after that.

Time is of the essence. Tandy has not ridden off into the sunset just yet, but he has strapped on the saddle: He leaves in December. Giving six months' notice might seem generous on Tandy's part, but when you're the chief custodian of a $620 million budget, it only barely qualifies as reasonable advance warning. (Of course, most everyone knew Tandy's resignation was coming.)

One question the council will need to consider is whether to hire from within or outside of the existing pool of municipal city employees. Obviously, outside candidates must and will be considered. City manager openings at top-10 California cities are rare and desirable, and this one currently pays $256,000, plus benefits that bring the package to more than $350,000. That'll tide you over in this, California's most affordable housing market, quite nicely.

So, some highly qualified candidates will apply.

But there's something to be said for a hire who can hit the ground running, someone who knows the local players and the challenges well already. Assistant city managers Chris Huot and Jacqui Kitchen (recently promoted from community services director) are potential candidates, as perhaps is Nick Fidler, the city's public works director.

Bakersfield government has been blessed with continuity, thanks to Tandy's unusually long reign, and continued continuity is an appealing prospect.

The next city manager will walk into a pretty sweet set of circumstances, thanks to Measure N sales tax revenue that will beef up the Police Department, knock down some daunting pension liabilities and fund assorted other programs and projects. Road construction is making crosstown travel a nightmare at the moment, but the new city manager will inherit what seems likely, in a year or two, to be a highly navigable transportation grid.

On the negative side, the new city manager will face a severe and worsening homeless problem, same as in many U.S. cities.

Bakersfield, per its city charter (or constitution), has a council-manager form of government that essentially limits the job of mayor to chief ambassador and council vote tiebreaker. That's the form of municipal government favored by fully half the cities in this country, including all of California's 15 largest cities except Los Angeles, San Diego and San Francisco. (Fresno, Oakland and San Bernardino are hybrids.)

Perhaps because it's so much simpler for a fed-up city council to fire a city manager than for voters to oust an elected mayor, city manager jobs see frequent turnover; every five years, half the city managers in the country are either fired or voluntarily leave their positions, according to Richard F. Fursman, a former small-town city manager who now studies organizational dynamics.

"The threat of termination is constantly hanging over the head of the city manager, creating a certain vulnerability that permeates their work and life," Fursman wrote in a 2012 dissertation. "The volatility and constant turnover means that many managers are continuously changing positions and many cities are continuously introducing new managers to the community and staff ... leading to instability, higher costs, and project delays."

A Bakersfield City Council intent on maintaining the municipal momentum Tandy has helped create will want to bear those thoughts in mind — if in fact the council-manager form of government is the best approach moving forward.

Some in city government have privately discussed the possibility of reconsidering the city charter, which sometimes limits staffing levels to the detriment of overall efficiency. While they're at it, might they want to consider moving to a strong-mayor form of government, putting voters, rather than the council, in charge of selecting the city's chief executive? That sounds good on paper, but it introduces politics into the equation in ways not previously seen.

Most U.S. cities — 97 percent, in fact — employ the council-manager form of government, but larger cities tend to favor strong-mayor government. And Bakersfield is larger than several of them, including Tampa, St. Louis, Pittsburgh, Buffalo and Orlando.

The Bakersfield City Council will soon be making perhaps its biggest decision of fiscal year 2019-20: Who takes Alan Tandy's baton? While they're at it, should council members ponder other options as well? Now would be the time.

Alan Tandy accomplished a lot in his quarter-century of service as Bakersfield's city manager, and he did it in an era of out-of-control gover…

Well to start off , We now have two assistant managers that I’m sure one will hopefully take over for Allan , he’s not been a miracle maker Infant he’s almost bankrupted this city with calpers , The 50 million I knew was gojng to give him his walking papers , How that passed I would Really love to know ? , moving forward , Hopefully the new manager will allocate the tax money where it was supposed to go years ago and not into TRIP ,

Thomas and Tandy both made out on the taxes "used" for our roads and the extra "tax" they just passed.... Plus Thomas just handed Tandy his "Golden Ticket" What more could they want.... ????