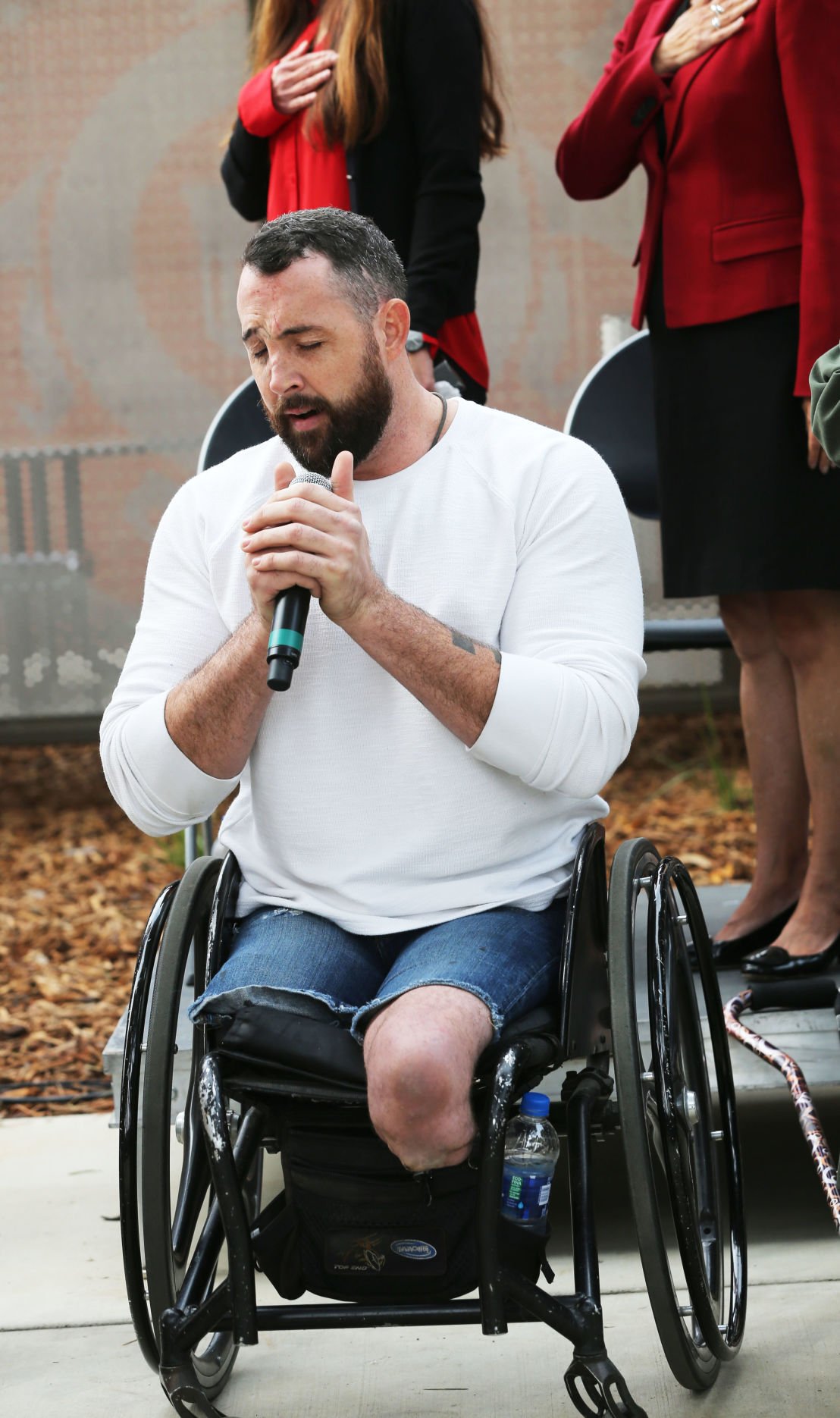 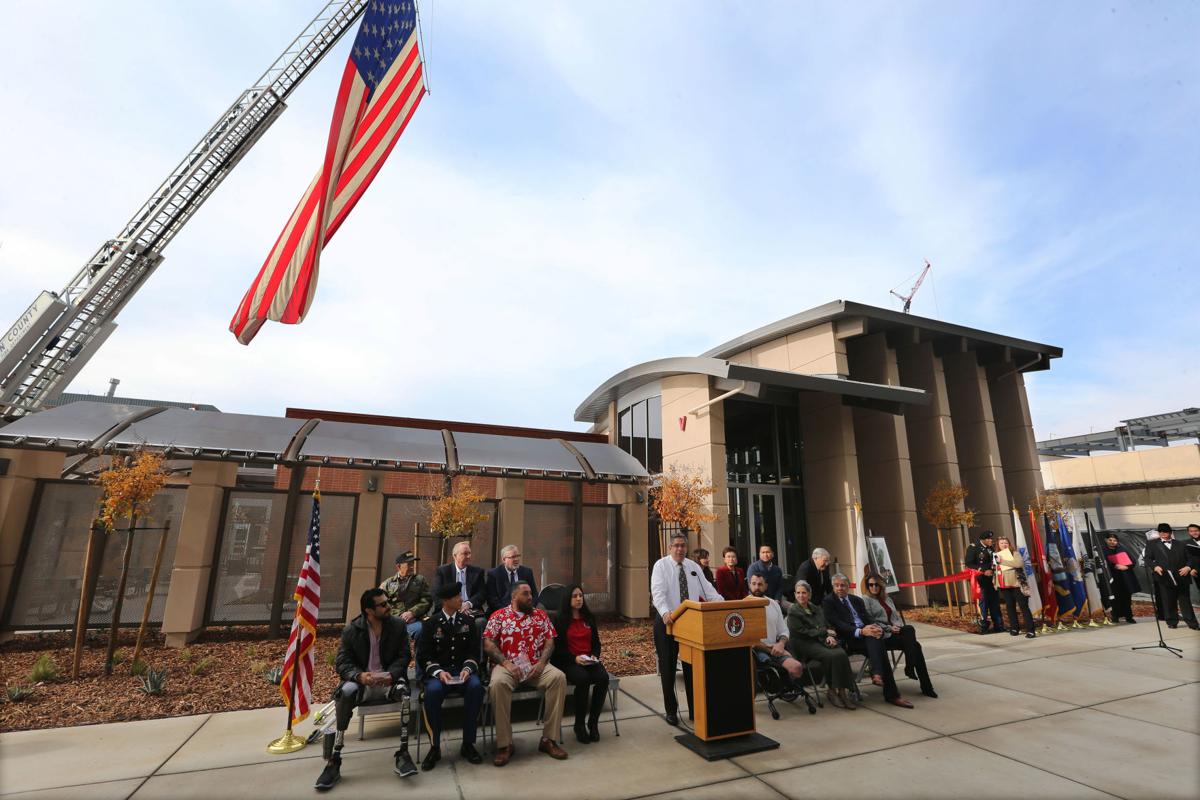 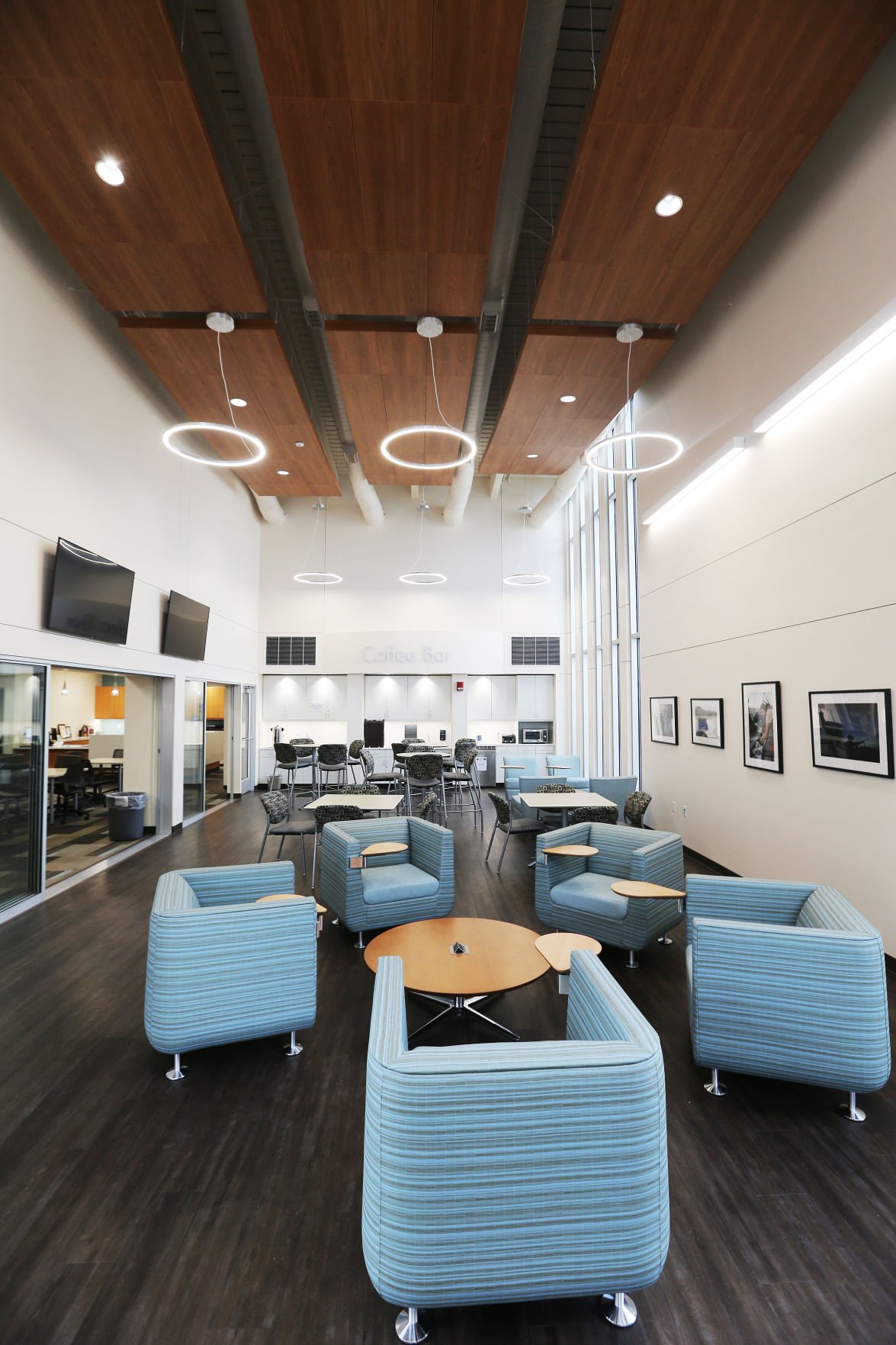 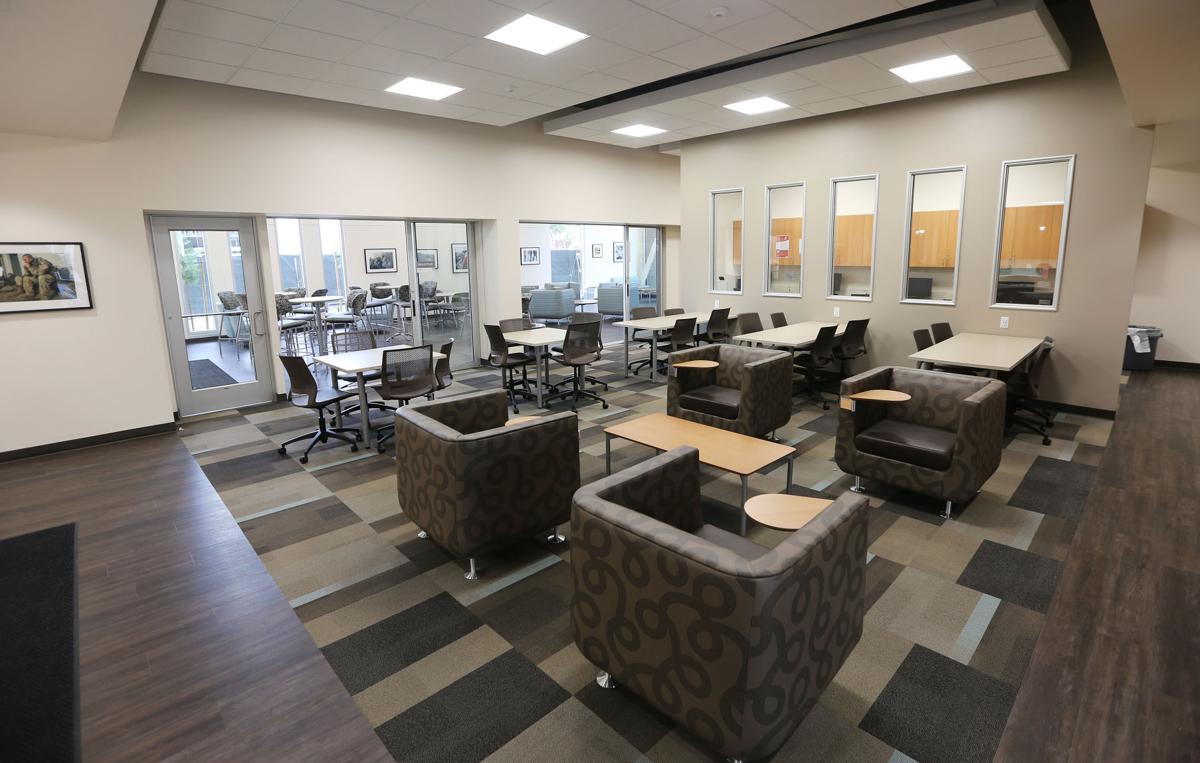 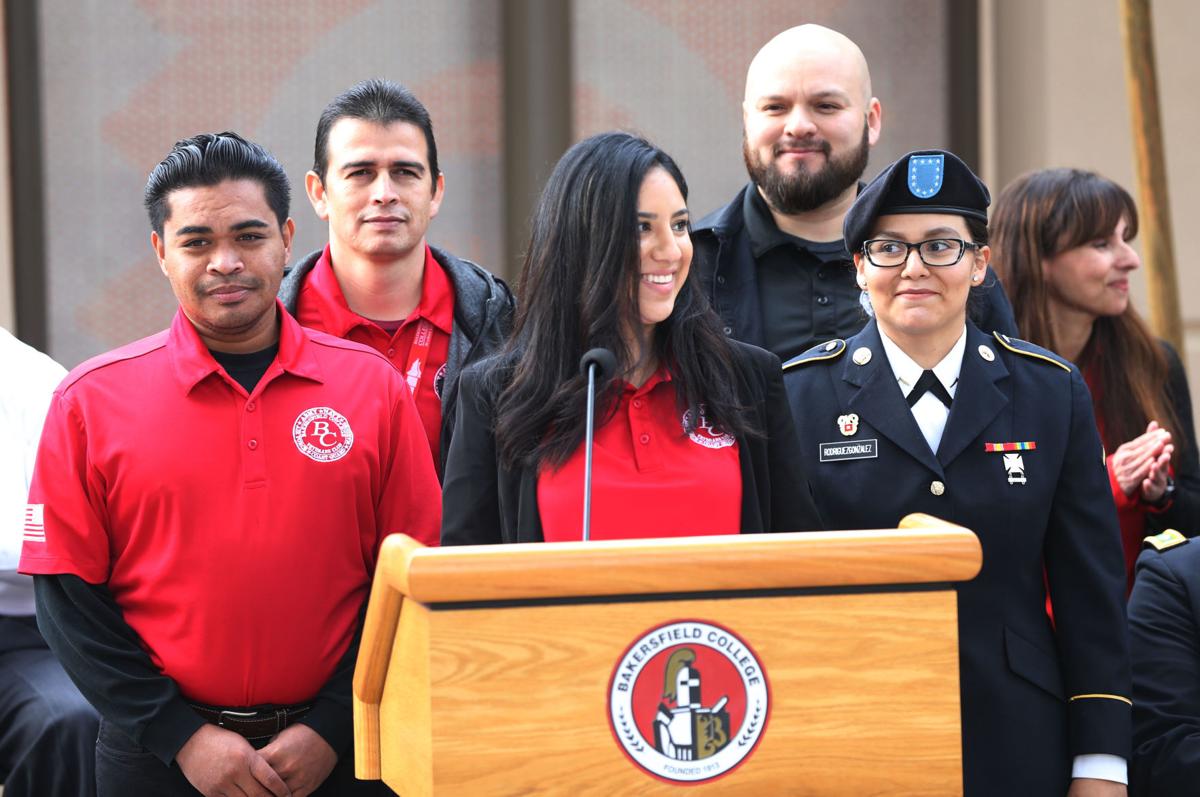 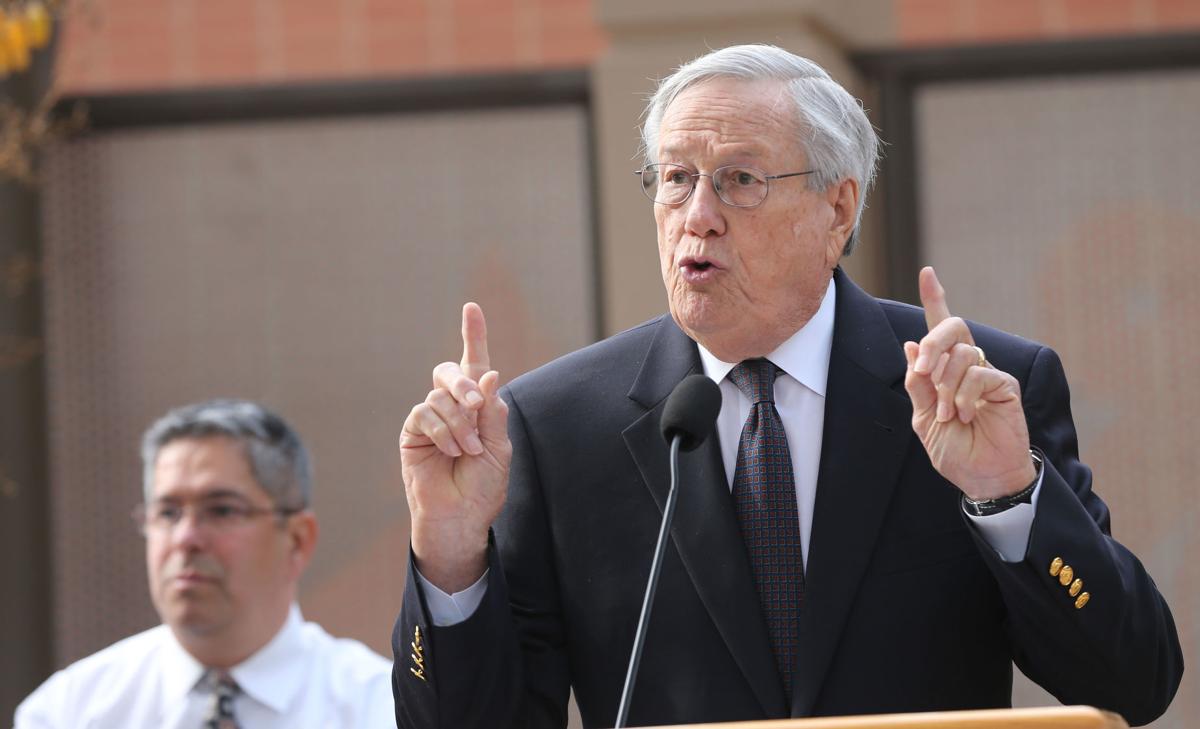 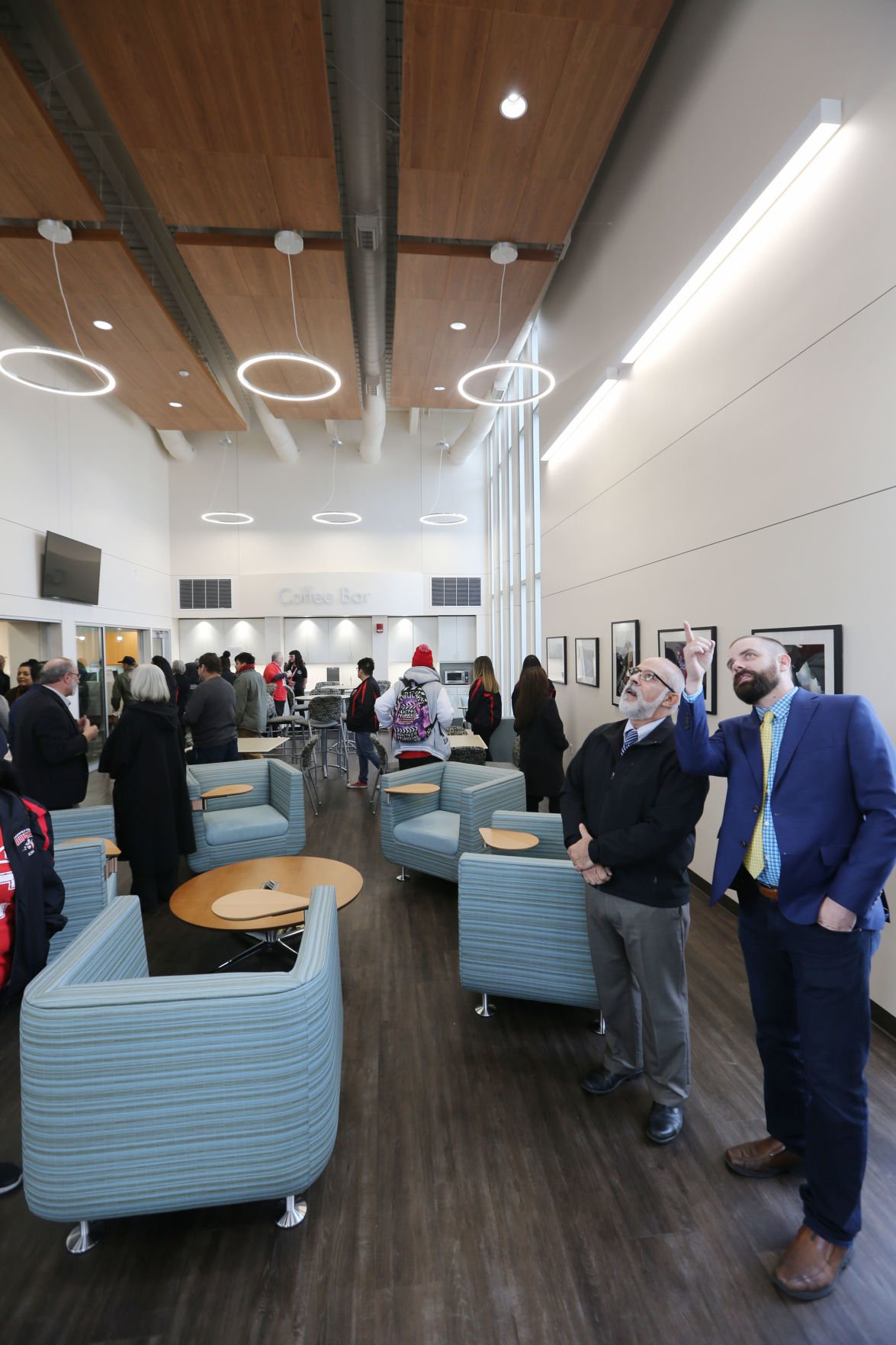 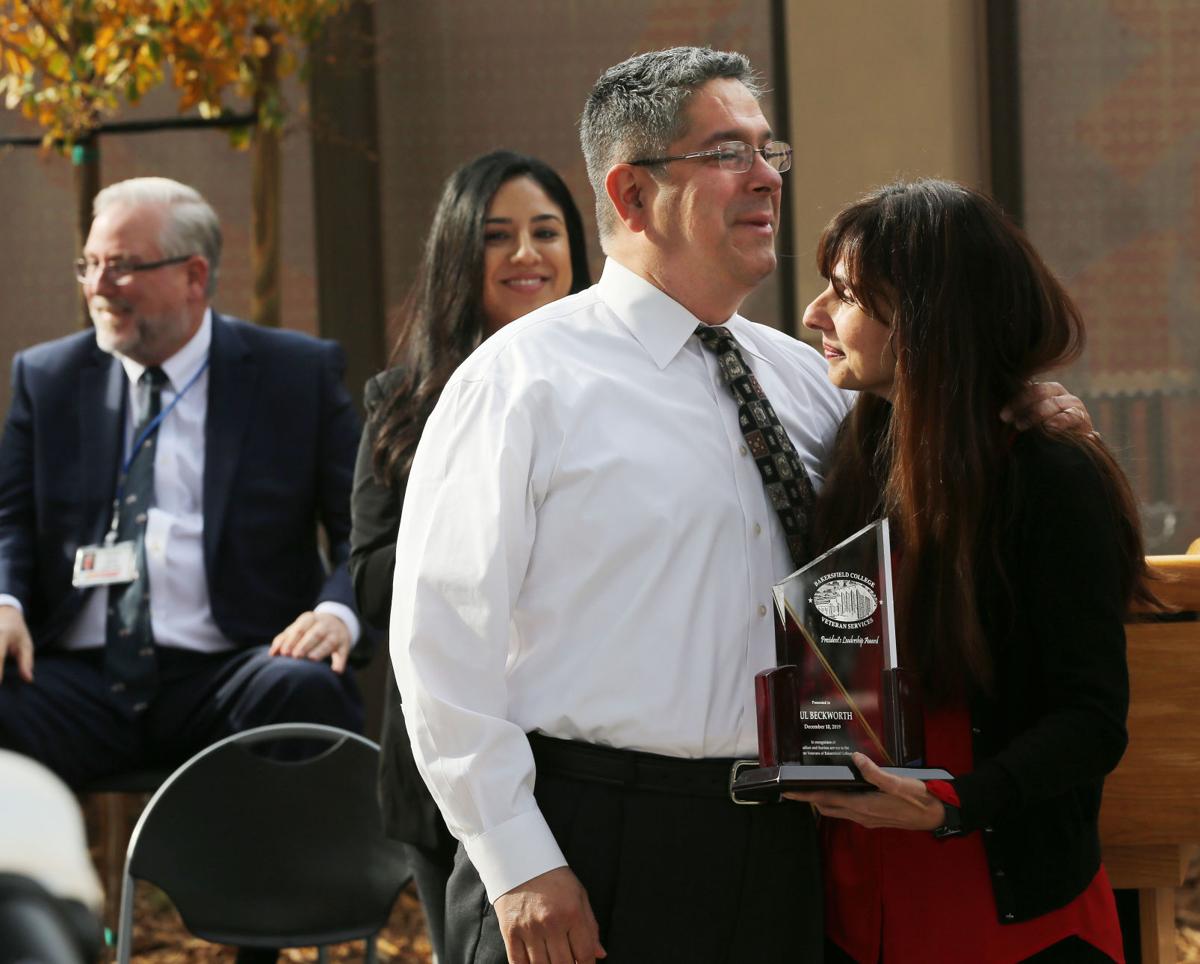 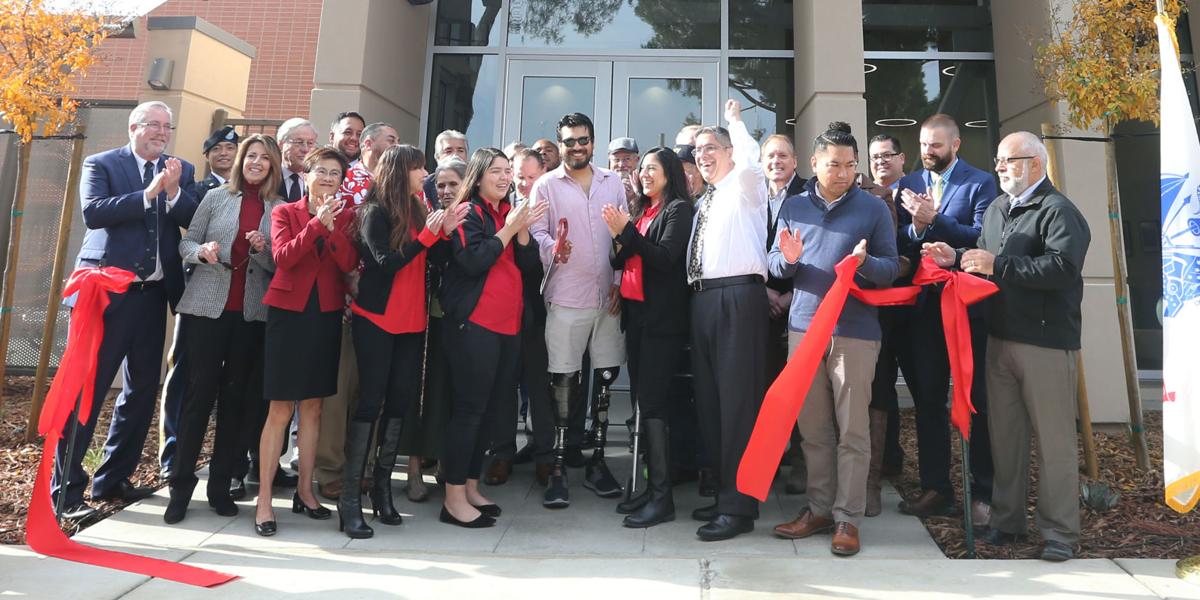 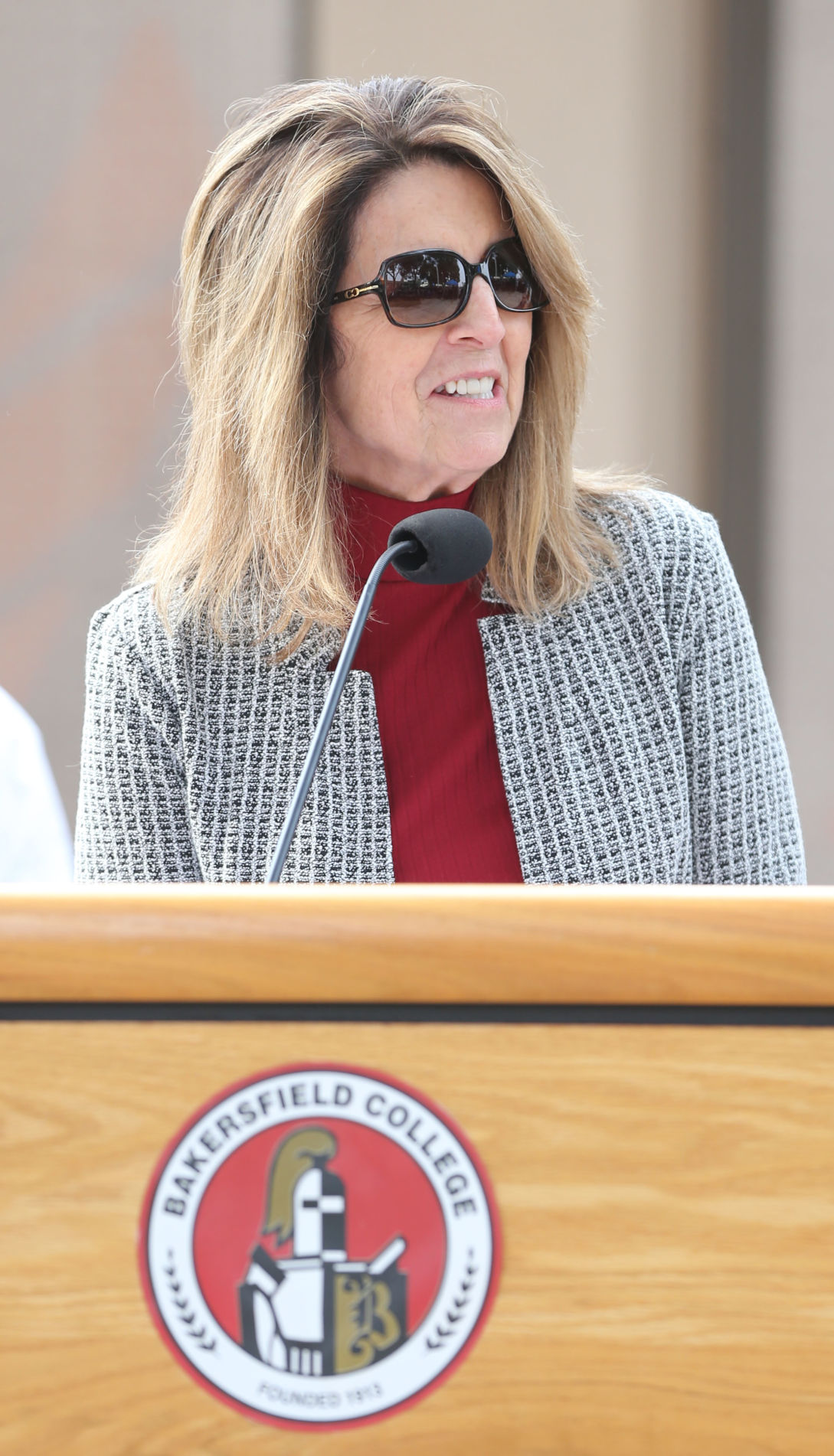 Blackening in the little "yes" box on a ballot bond measure, any bond measure, requires a certain leap of faith, but when that leap must clear a height of a half-billion dollars, considerable appreciation for need is required, too.

The $7 million Vernon Valenzuela Veterans Resource Center, designed to promote academic success and emotional support for students who've served, formally welcomed the public and, in particular, military veterans who may be in the process of acclimating themselves, perhaps for the first time, to the civilian college experience.

"As veterans we were put at the forefront" of the Measure J campaign, said Paul Beckworth, the Veterans Resource Center's inaugural director. His pitch at the time: "'Hey, if you pass this bond, voters, we're gonna build a brand new Veterans Resource Center ... because these people that use this place have already given so much.'"

With a dozen dignitaries on hand and 300 in the standing-room-only audience — camouflage, dress blues and POW-MIA buttons dotting the crowd — BC opened the doors to a handsome, 5,000-square foot center that will provide the college's estimated 500 student veterans with a place to study, receive tutoring and counseling, connect with outside services, relax and bond.

Beckworth, a Navy veteran who came to Bakersfield College as a history professor in 2010 and soon joined the effort to resurrect the dormant BC Veterans Club, was introduced as the center's guiding force.

"He is brave, kind, funny, open, tender, with a fiery passion to respect, honor and support his fellow brothers and sisters from the military," BC President Sonya Christian told the crowd.

The new center, she later added, really just represents a continuation of BC's decades-long commitment to veterans. Each of the college's first five presidents, starting with Grace Bird, who wrote 27 monthly, long, mimeographed letters to active-duty BC students serving during World War II, had that loyalty, Christian said.

"Tucked away in the Bakersfield College archives is a handwritten list of dozens of Renegades who were killed or captured in World War II," she said. "From then to now, whether our student-veterans served in wartime or peacetime, the responsibility to educate them and honor them is something that BC has not taken lightly."

"For people to vote and support (Measure J), it says a lot," she said. "It says we're not forgotten, we're appreciated. I've been to other colleges that don't have centers, and I'll tell you this makes such a difference. When we see other veterans, it just gives us encouragement. That transition can be hard, and sometimes they're not sure whether they should even be at a college. This tells them, 'yes, absolutely yes.'"

Construction of the Veterans Resource Center began in November 2018 and was completed just last month, although workers were still hanging framed photographs on the walls two hours before the 10 a.m. ceremony. Some of those photos were taken by former BC student (and Californian intern) Max Becherer, an award-winning war photographer whose work has appeared in The New York Times, The Washington Post and Time magazine. Becherer was on hand for the building's dedication.

Older veterans in the audience nodded in appreciation as a succession speakers made their way through the light but lingering fog to the outdoor podium.

Vietnam War veteran Joe Acosta, former director of the Bakersfield Vet Center, praised BC's innovative thinking. "It's unique in the California education system to actually have dedicated an entire facility just for veterans. ... We are different animals. We think different, we act different."

"This kind of thing makes you feel that you're welcome," agreed fellow veteran Ray Penalber. "You feel a love that's real — not only real but immediate."

That's the idea, Beckworth said. Tend to core needs first, such as sense of belonging, and the rest follows.

"It doesn't matter if you get an 'A' in your history class if you're living in your car," he said. "We are here to help alleviate a lot of that."

Measure J will also fund a $38 million Campus Center and administration building at BC (due for completion in November 2020), additional renovation and construction at Memorial Stadium totaling $18.5 million (September 2020), a $65 million Science & Engineering Building (September 2021), a $63 million Gym & Field House (September 2022), and a new $23 million BC Arvin campus (February 2023), among other projects, as well as new construction at Porterville College and Cerro Coso College in Ridgecrest.

The bond measure easily surpassed its 55 percent threshold for passage with 65.2 percent of the vote three years ago.

It was always in the bag, former Congressman Bill Thomas, a former KCCD trustee, said at the reception following the ceremony.

"When we have an honest argument, presented factually with plenty of illustrations, by the parents and the children and the grandchildren of folk who've gone through BC, frankly it was an easy sale," he said.

Student veterans at Bakersfield College have a new place to call home with the grand opening of the Vernon Valenzuela Veterans Resource Center.

BC veterans center opens as a 'home base' for students

Josiah Thomas served in the Navy for four years overseas and in San Diego, and when he finished his service in 2012, he decided to pursue his …