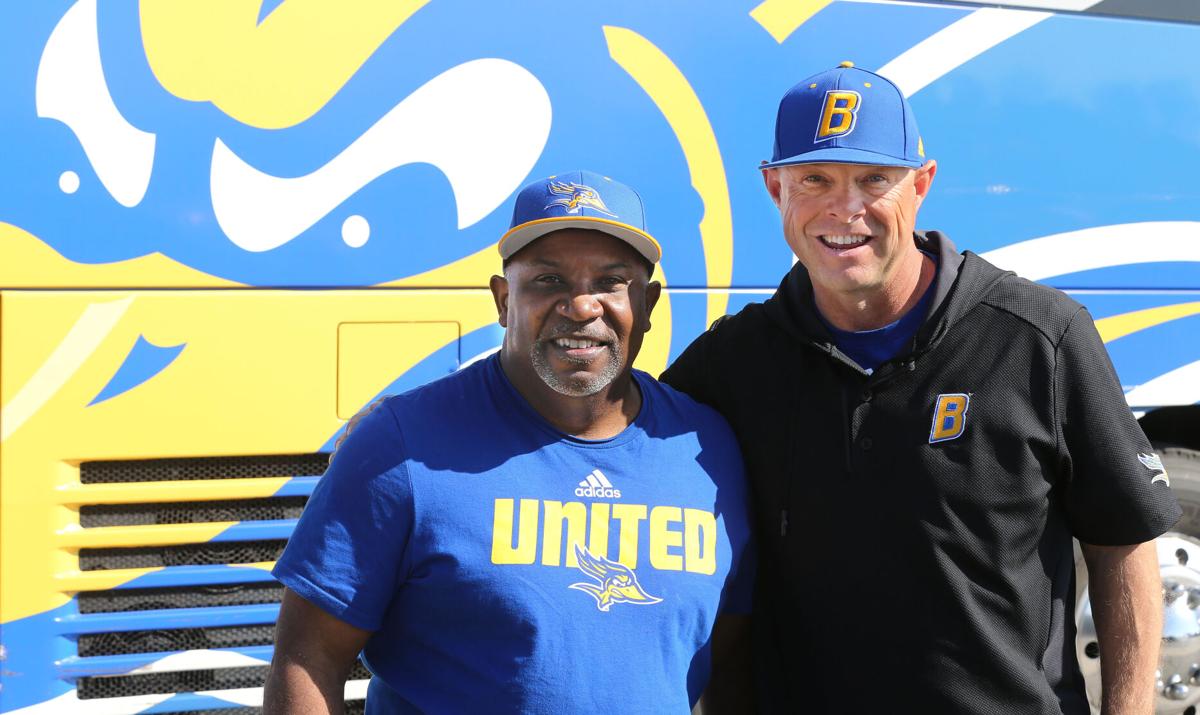 Kevin Keyes, left, suffered a traumatic brain injury twi years ago, and had to learn to walk and talk all over again. He lost some vision, too. Keyes worked to make a comeback at Centre for Neuro Skills. Then his former high school baseball coach started rehabbing him. Then, this year, CSUB head coach Jeremy Beard hired him as an assistant. The power of baseball to heal people and the graciousness of those two coaches to help steer him back home have Keyes indebted 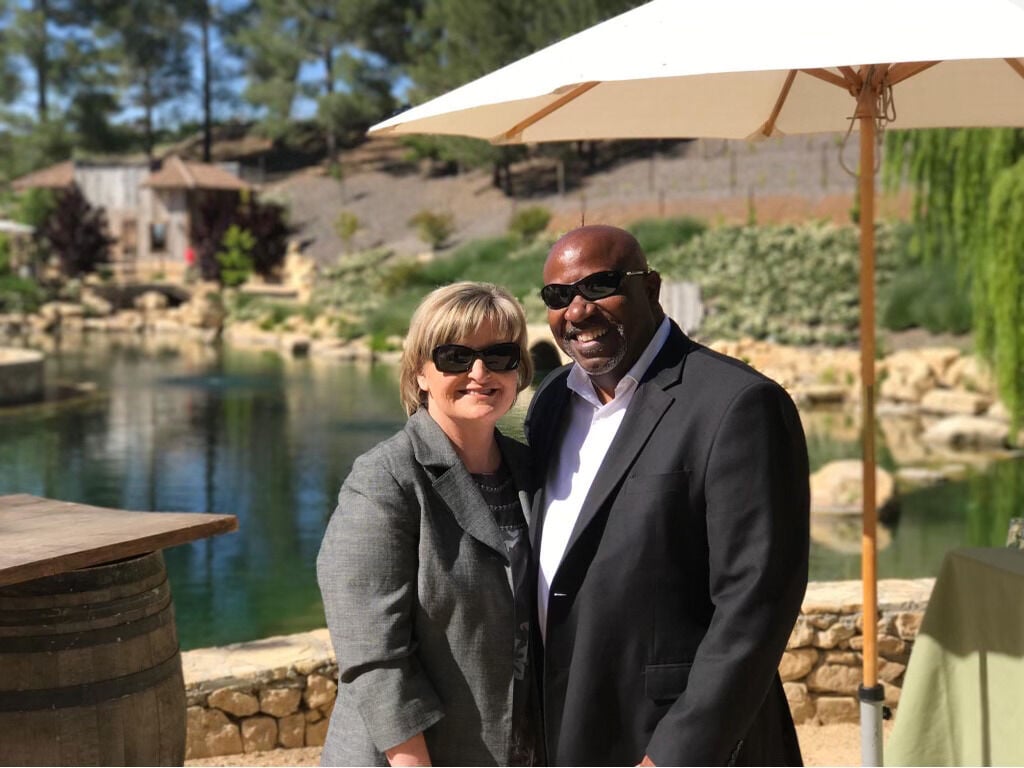 Kevin Keyes and his wife of almost 40 years, Jen. 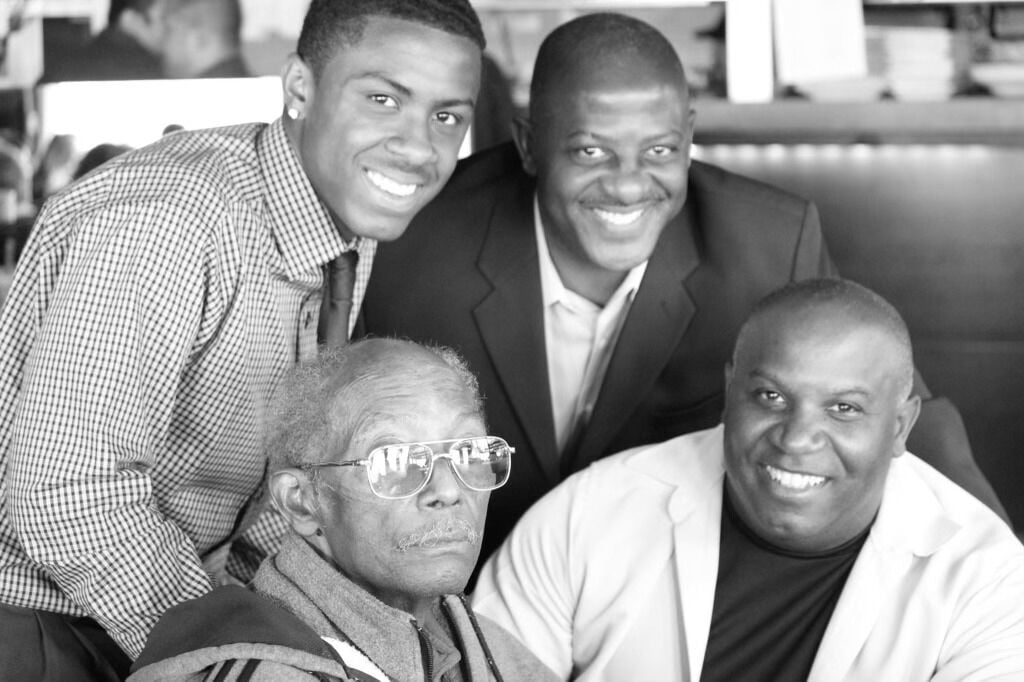 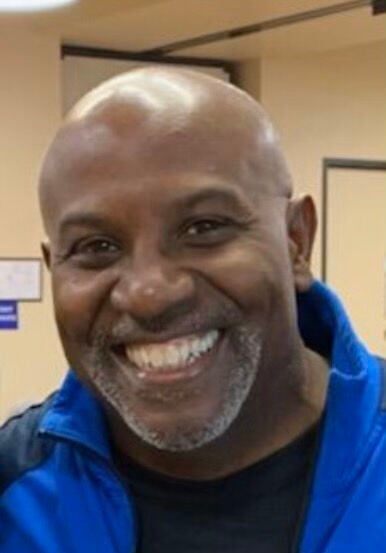 Kevin Keyes is finding himself again in a familiar and comfortable setting: a baseball field. 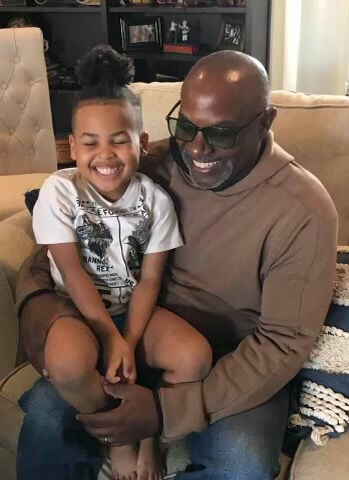 Kevin Keyes, left, suffered a traumatic brain injury twi years ago, and had to learn to walk and talk all over again. He lost some vision, too. Keyes worked to make a comeback at Centre for Neuro Skills. Then his former high school baseball coach started rehabbing him. Then, this year, CSUB head coach Jeremy Beard hired him as an assistant. The power of baseball to heal people and the graciousness of those two coaches to help steer him back home have Keyes indebted

Kevin Keyes and his wife of almost 40 years, Jen.

Kevin Keyes is finding himself again in a familiar and comfortable setting: a baseball field.

The sturdy man in the blue batting helmet, hands thrust deep into his blue windbreaker against the blustery February chill, strolls at a tourist’s pace across the thick green grass. All around him, two dozen young men in blue ball caps are going through their paces: step, step, high kick, step, step, high kick.

“Better technique,” he says in a matter-of-fact tone, just loud enough to be heard over the wind. “That’s it right there. You don’t want to hurry this one so much as you need technique.”

Kevin Keyes is in one of his places of greatest comfort: a baseball field, a place of familiar, confined dimensions and the home-again smells of leather and grass.

He is, in words and by example, imparting the wisdom of a lifetime in athletics and an understanding of the discipline it requires.

He is also remembering who he was and what he is.

Keyes, 59, is an assistant coach for the CSU Bakersfield baseball team, a member of the Big West Conference perennially on the cusp of recognized national stature.

And yet, when he played lob-toss catch the other day, it scared him half to death.

Keyes was injured in November 2018 when a 120-pound metal cabinet fell on top of his head. Pending litigation dissuades him from revealing much more than that, but he can say this: He didn’t see it coming.

Initially, those who witnessed the accident assumed he’d suffered a concussion, but the true diagnosis soon emerged. He’d suffered a traumatic brain injury.

The injury affected his vision, his hearing, his equilibrium, his speech, his short-term memory and other cognitive functions.

Keyes, who worked as a gang and youth violence intervention specialist at the time, was referred to the Centre for Neuro Skills, a world-class facility in Bakersfield that specializes in brain-injury recovery. His therapist during that year and a half, Chris Persell, said Keyes initially had trouble simply walking and talking.

It would have been a deep hole for anyone to dig out of, much less someone who has always performed those functions better than the average guy.

Keyes played baseball at Highland High School, at Bakersfield College and on a travel-ball team under former major leaguer George Culver. Keyes played second base; people called him Joe Morgan because he resembled the late, 5-foot-7 Hall of Fame star in appearance, stature and position on the infield.

Keyes went on to coach football at Highland and at Liberty High School, which he helped open in 1999 as the freshman team coach. He later worked in law enforcement, in the prison system for 13 years and then as an intervention specialist for the Kern County Superintendent of Schools office. In that role he worked alongside coordinators of the Bakersfield Police Department’s at-risk-youth program, as well as local clergy, and trained other KCSOS intervention specialists.

That’s the job he held when he was injured.

“The injury basically stripped him of who he was and what he loved to do,” she said. “He had a history of keeping kids off the street, giving them a sense of worth, helping their families through the system, through the process, of being better parents. He was an everything to everybody kind of guy. That was his life for probably the last 20 years.

“Then, when he had his accident, he went to ground zero as a person in terms of cognitive ability. It was hard watching him try to break through and get back.”

During his initial months of recovery, Keyes burned through all of his vacation time, sick time and catastrophic injury time, and coworkers donated dozens of hours of their own. When all of that was exhausted, Keyes said, he was evaluated to see if he was capable of returning. He was not.

“I took every exam I could to try to get back to work,” he said, “and I just couldn't go back to work.”

Jen, his wife of almost 40 years — an athlete herself who competed as a collegiate diver and gymnast — helped him immensely during this time, of course.

But then came the CSUB baseball team and head coach Jeremy Beard.

Beard, now in his fifth year as CSUB’s head coach (fourth if you throw out the COVID-19-shortened 2020 season), saw what he had in a potential assistant and saw what he himself might do in terms of helping him in his recovery.

Beard knew what he had, in part, because of Keyes’ association with the program.

Twelve years ago, former CSUB President Horace Mitchell asked Keyes to be on the search committee to find a head coach to start up the school’s fledgling baseball program in 2009; the job went to Bill Kernen, who won almost immediately and stayed through the 2015 season.

“So I hung around the ballpark a lot in those days,” Keyes said. “Then, when I got injured, I came back and started hanging around again. And it was the only thing that made me feel good.”

“That first day he came in, he was wearing a Long Beach State baseball shirt, and I recognized him,” Beard said. “We had talked about bringing in inner-city kids to a camp here on campus, and we had started plotting toward that. He had a reputation of helping people and kids in the community. A lot of people vouched for him.”

Their collaboration, in retrospect, seems to have been inevitable.

“I realized,” Keyes said, “that I was going to need some mentoring. I just saw the way (Beard) carried himself, and our relationship began. And this has been one of the best healing processes for me.”

Ron Valenti, who coached Keyes at Highland High school in the late 1970s, has been following his former player’s recent progress. Valenti had Keyes over for early-morning workouts for a few weeks, and Valenti’s wife, Mary, a clinical psychologist, has proven an important friend and resource.

“When the Cal State thing came along, he was just so jazzed,” Valenti said. “He was like a kid in a candy store; he just couldn't wait to do whatever he could. Jeremy told me he needed to reel him in to make sure he doesn't overstep his bounds, because he wanted to do everything. But this is perfect because everything he does well is in his job description.”

Keyes’ official role is the director of player and program development. He creates individual plans for the players, on and off the field, whether it’s organizing study hall hours during the season and in the summer, or putting together scouting reports.

His unofficial role is much bigger than any of that.

“He just adds a lot of brightness to people,” Beard said. “He picks people up. He values things we value around here. But I also saw that there was someone who could use a hand.

“It's a two-way street. We’re here to serve people in our life. When that inner voice is speaking to you, you answer it. If you can open the door, you open the door.”

The next step for Keyes is improving his ability to track a baseball in flight; his vision, and his confidence, are still a little shaky.

But some of the most important gains have already been made. Keyes had been laying the groundwork for that part of his recovery his entire life.

ROBERT PRICE: Gerry Haslam’s valley was a place of renewal and comfort

Gerald Haslam lived in Northern California for most of his life but he always kept one foot in his hometown. He would drive the 320 miles from…