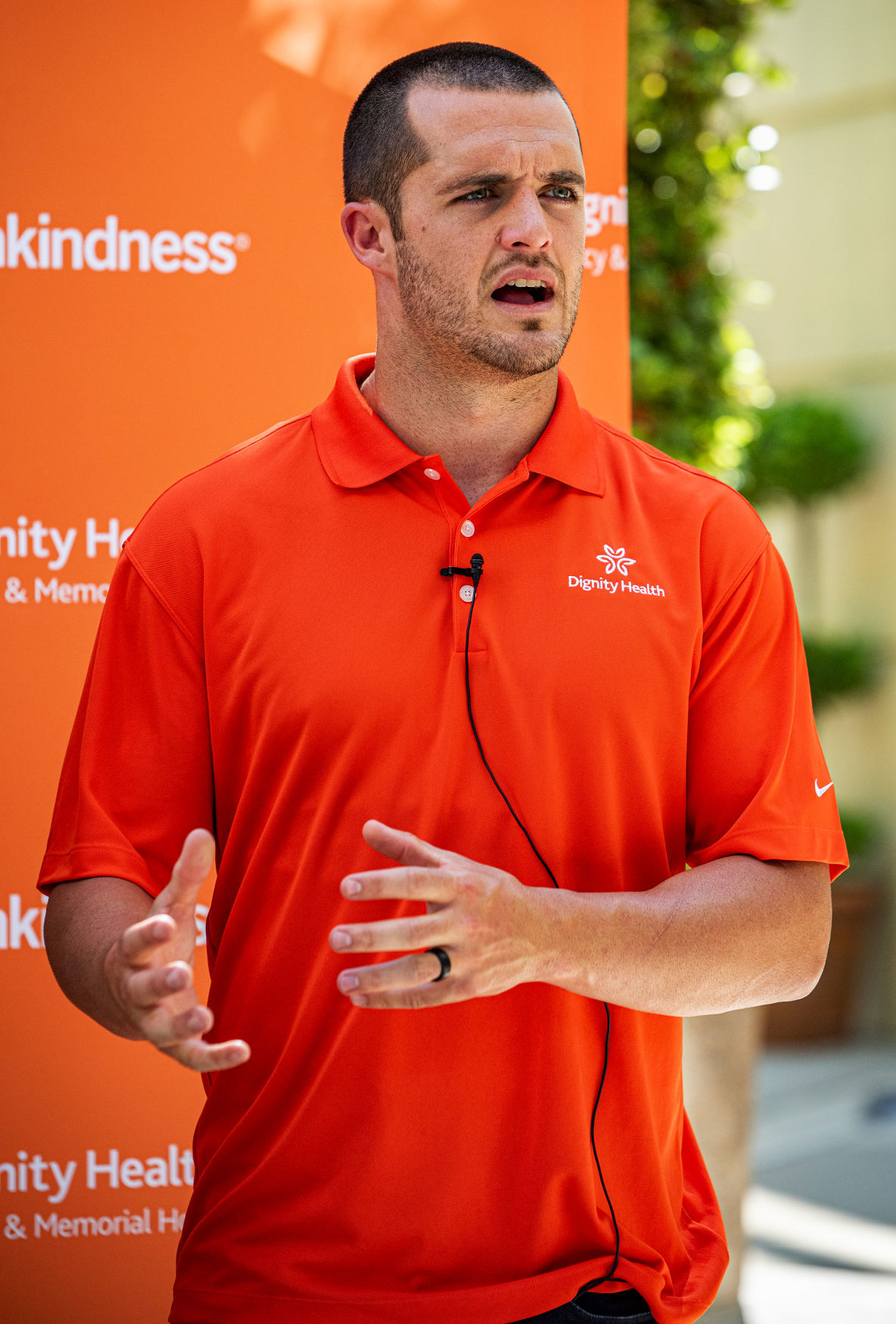 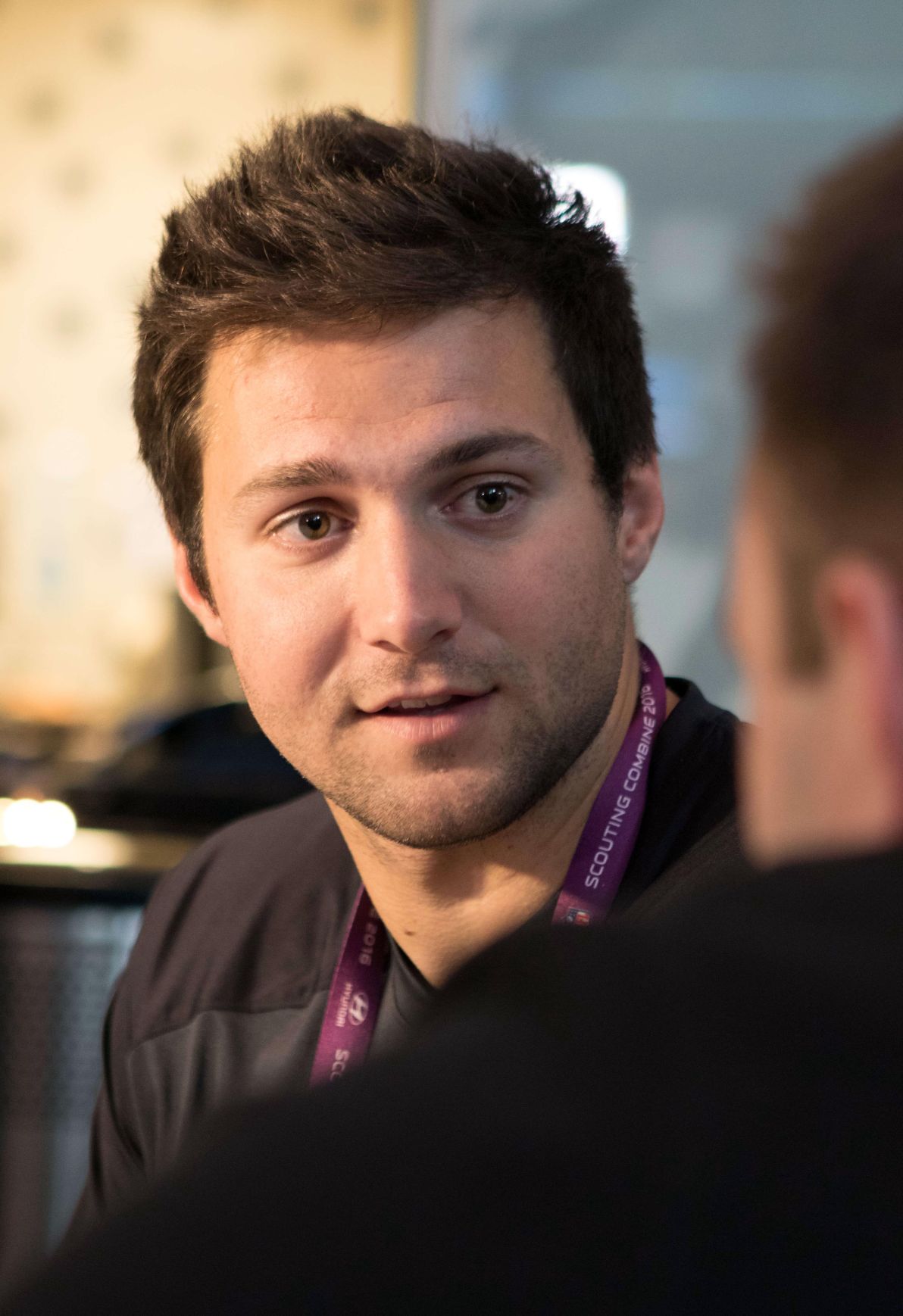 I have only a couple of faults that I'm willing to admit to, and one of them is football. I loved to play and I still like to watch, and I'll be in front of a television when the NFL season kicks off in eight days.

Of particular interest to me are the story lines of the two NFL quarterbacks from Bakersfield. Derek Carr, a Bakersfield Christian High School graduate, is entering his sixth year as the unchallenged starter of the Oakland Raiders. The other is Cody Kessler, a Centennial High School graduate who is trying to earn a permanent job with his third team in four years, the Philadelphia Eagles.

After Thursday night's final slate of practice games, teams will have about 36 hours to trim their rosters from 90 players to 53.

Carr will make the cut. Kessler may not, but it won't be because he lacks the physical tools to succeed.

Kessler suffered a concussion two weeks ago — the third of his career, at least — after absorbing a brutal hit that approximated a side-impact car collision. Little wonder he struggled badly last week in the practice game that followed, putting his job security at further risk.

Carson Wentz will be the Eagles' starting quarterback on opening day but, unless Kessler can turn in a clear-headed, mistake-free performance in Thursday night's preseason finale, 40-year-old Josh McCown, recently lured out of retirement, may well take his job as Wentz's primary backup.

Kessler must bring a mindset to Thursday's game that does not reflect normal behavior. He must summon that warrior mentality once again but, because one concussion increases one's susceptibility to another, will risk his health in doing so.

But then that's his problem, not ours — or so the rest of the sporting world, fans particularly, seems to believe.

We saw that ugly attitude in action last week when another young NFL quarterback decided he'd had enough. Andrew Luck, the highly accomplished leader of the Indianapolis Colts, shocked the sporting world when he abruptly retired from the NFL at the age of 29. In seven seasons he had suffered a sprained shoulder, a lacerated kidney, a torn abdominal muscle, torn rib cartilage, a concussion and a torn labrum. He is still suffering from the effects of recent calf and ankle injuries. And that's just what we know about.

As he walked off the field after news of his retirement had broken Saturday night, Colts fans showered him with boos from the stands.

Fox Sports 1 personality Doug Gottlieb tweeted, "Retiring cause rehabbing is 'too hard' is the most millennial thing ever."

Most players hold themselves to extraordinary standards of pain management and courage under fire — but fans and pundits? Their expectations can be absurd.

Carr, too, must overcome injury demons. He has suffered three fractured bones in his back, a broken fibula, a knee ligament sprain, one bruised, one sprained and one broken finger, a bruised chest and a concussion. "Would you blame Carr if the injuries are weighing on his mind a tad?," ESPN's Paul Gutierrez opined 11 months ago.

Carr memorably challenged sports commenter Max Kellerman to a cage fight in January after Kellerman questioned Carr's want-to. "He looked shell-shocked" at times last season, Kellerman said. "He looked like a quarterback who had quit."

Consequently, although Carr now evokes a calm training-camp confidence — and has played well in the preseason — he enters the season with a chip on his shoulder that arises, at least in part, from the criticism of detractors.

I love watching football. That doesn't mean there aren't moments I have to look away.

For a proponent of "Sabremetrics", Kellerman conveniently ignores the metric that despite playing on a less than stellar team, Carr has the 19th highest passer rating....of ALL TIME.

This coming from a guy who stuck a fork in an electrical outlet as a kid. Stick to boxing Max, you're out of your element.

Derek Carr does NOT have the 19th highest passer rating of all time! I don’t know what you were smoking when you wrote that, but you might want to lay off the chiva if you are going to write a comment. Nothing against Derek, he is a good human being, but not a HofF or even close at this point.

Nobody is claiming he's a Hall of Famer. He has the 19th best career passing rating. I doubt if you would list Kaepernick as a Hall of Famer despite his rating being 18th all time. Perhaps YOU should know what youre talking about, or maybe take a few puffs of some Sativa.

To say that Derek Carr has a passer rating over a 4 year career that is comparable to QBs with at least 10 years as a starter is asinine. His adjusted rating (let me know if you don’t understand what that is) is 62.4. I get that you are obviously a Raiders fan and therefore I applaud your loyalty. BUT, the “Passer Rating” stat is not a good rating for what makes a historically good/great QB. Don’t believe me, ask the HofF and the NFL. Don’t try to venture into my expertise, ever again,Sir.

I don't have to ask you. I think over a decade of writing about football for three different websites and having interviewed many players is not really necessary to state a simple fact. He HAS the 19th highest career rating...., period.. You.are the one mentioning Hall of Fame. I never said he was comparable to a Tom Brady. I never said a QB passer rating was the end all criteria for greatness, it didn't give Romo any rings. But you take a look at those top ten rated QBs and tell me which one wasn't great. Nineteenth on a team that has been a bust is good, period. Instead of accusing others of being high or delusional, try working on your comprehension skills and quit putting words in others mouths.

Let's get it right. I said Carr is 19th on the all time NFL passer rating. You said he wasn't. Then you insinuate I said something about Hall of Fame, I did not utter that sentence. Now you are dismissing the OFFICIAL NFL rating system for one of MANY adjusted rating systems. Are we going with the one that had Brady first, or Manning first, or Brees, or Big Ben....which one? I simply stated a fact, and you want to twist my statement into something I never said. Carr has done well considering the team he's on, and all the coaching and receiver changes. THAT is exactly what I mean, and none of the other things you mention. And NO, I've never been a Raider fan, so your Kreskin skills are lacking in that regard too.

For a proponent of "sabremetrics", Kellerman c

Quit with the Kessler excuses already. H’s had many opportunities. Has started a dozen-+ NFL regular season games. Tons of offensive series in Cleveland and lotsa reg. Season snaps w Jags. Ton of ore-season snaps. The guy just is not an NFL player period. He had a fab career at USC. But he’s like alienate and Sanchez. Not pro material. His problem? He just tosses little 5 yard passes. Very accurate. But I’m just as accurate at 5-15 yards. He rarely even attempts 10 yarders in a PASSING league. Throw the ball Fella. Let it go, cuzz they keep letting YOU go. Be a man and uncork some long throws... unless as everyone knows... you just flat-out cannot execute them. OK. How about not trying to go deep, cuzz you can’t—-try throwing 15-20 yarders huh? Don’t gimme that—the off. Coordinator calls the plays, not me jazz. The OC calls the plays... but every OC is not calling 5 yarders for Kessler over 3 yrs and 4 teams. Kessler is avoiding the long pass by pretending that guy was not open and then he “checks down” to the Camus-range guy—pretends he’s not open then tosses a 5 yarder to the tight end releasing late or the back releasing. I can do that. High % rate, fewer interceptions, but kills the offense. Few first downs. Sparse touchdowns and skimpy yardage stats.

And Kessler Was rated higher than Carr in college? He lost his edge. And $125 million dollars which is what Carr signed his last contract for. Team Kessler and family need to look him in the eye and tell “ throw the ball down the field”. Or just keep getting cut instead. Thank you. My work is done here. Maybe take him to Carr’s house so he can see how he could be living but is too scared to.

Cody was released today. Hope he catches on somewhere. He is not a flashy QB or going to lead a team to the promised Land. He is a good backup whose a decent game manager and less likely to ruin a lead then many other backups. He's one of quite a few good QBs coming out of the area and just having been the SC QB is quite an accomplishment. Less than 100 QBs on the planet get to suit up on Sundays.