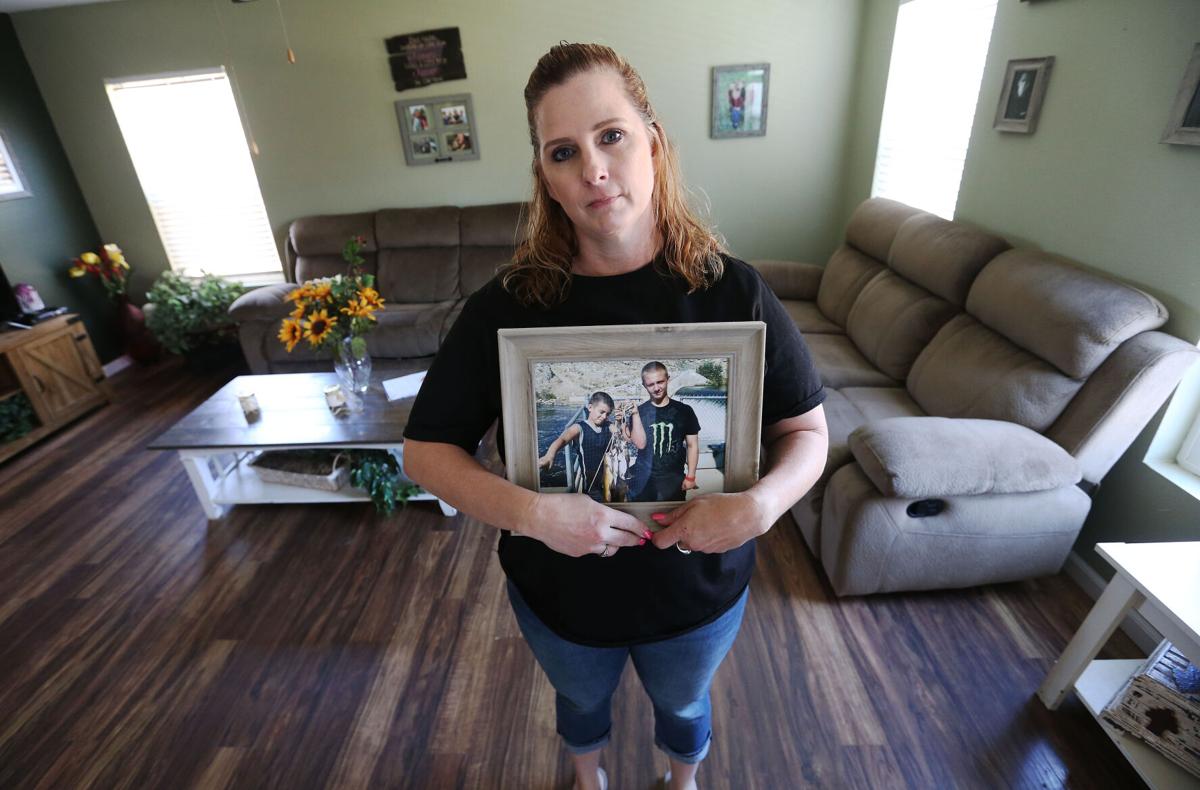 Carrie Walker is pictured with her two sons, Andrew and Alex Cullers, who both lost their lives to drug overdose. Walker started a support group for families who lost a loved one to fentanyl. They meet in her living room. 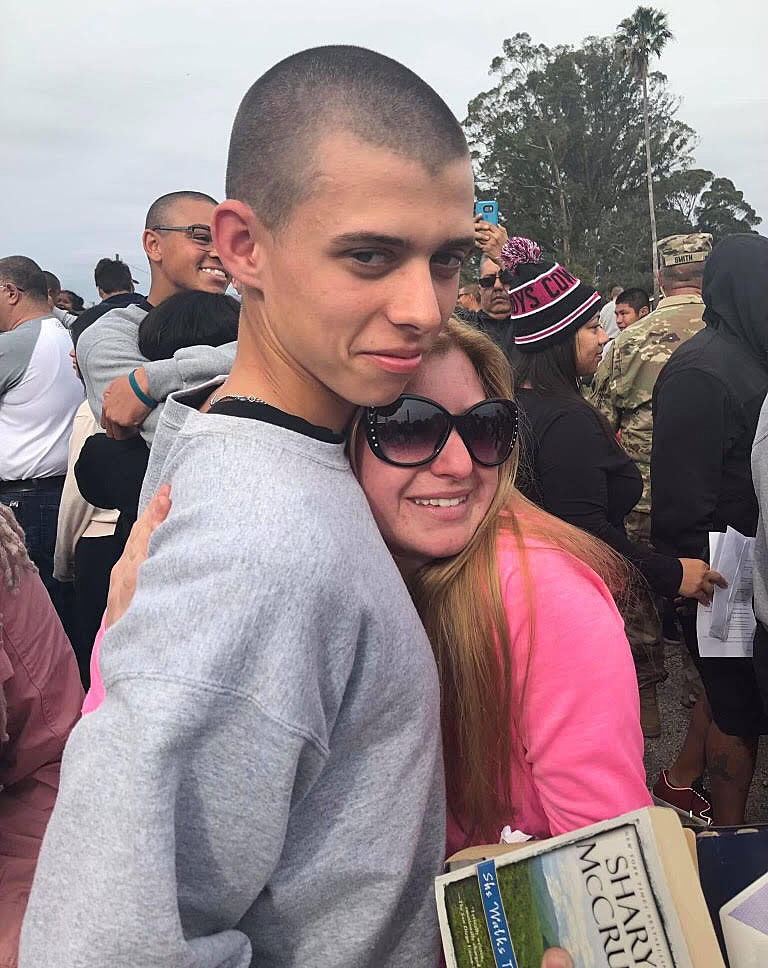 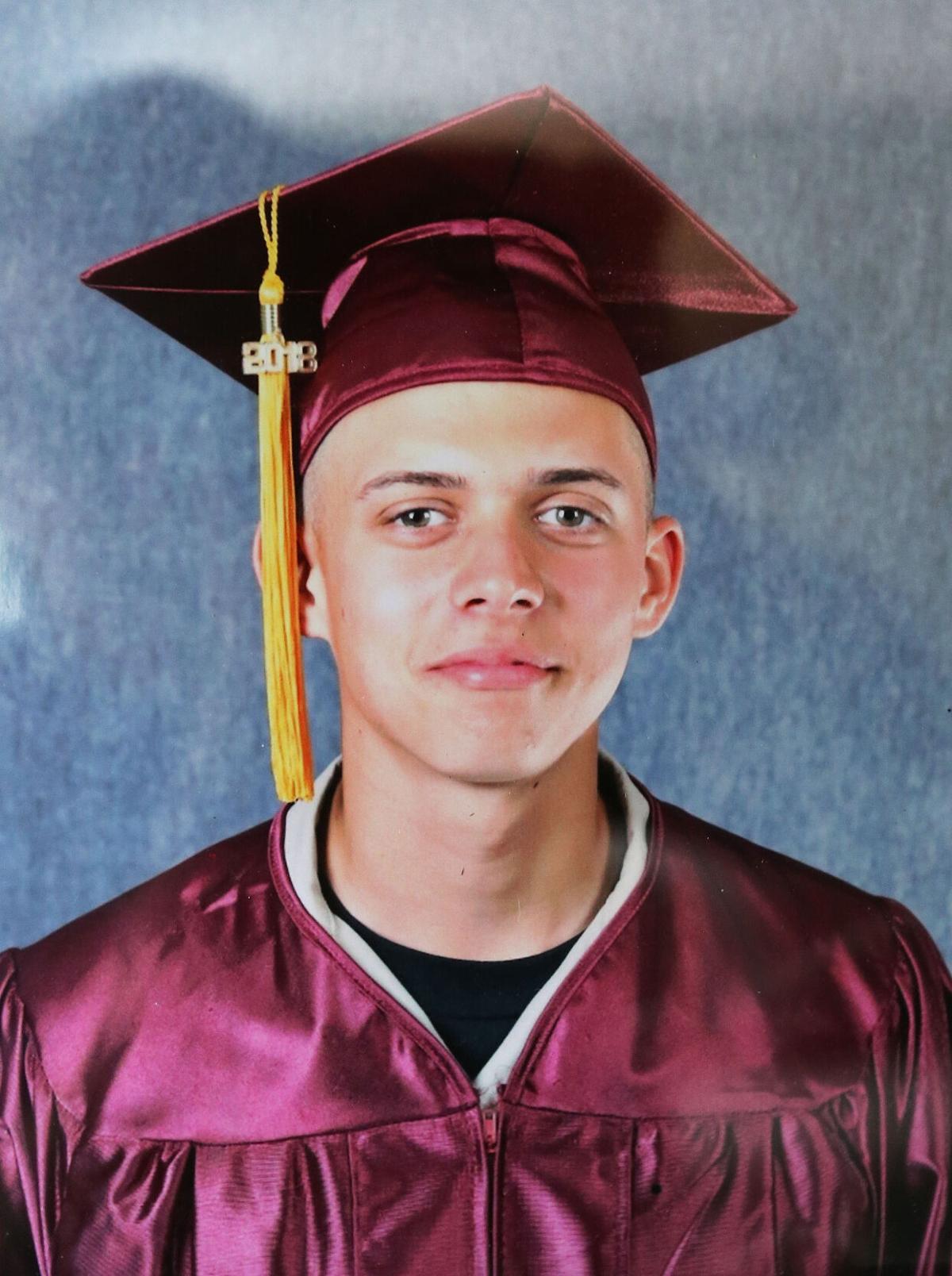 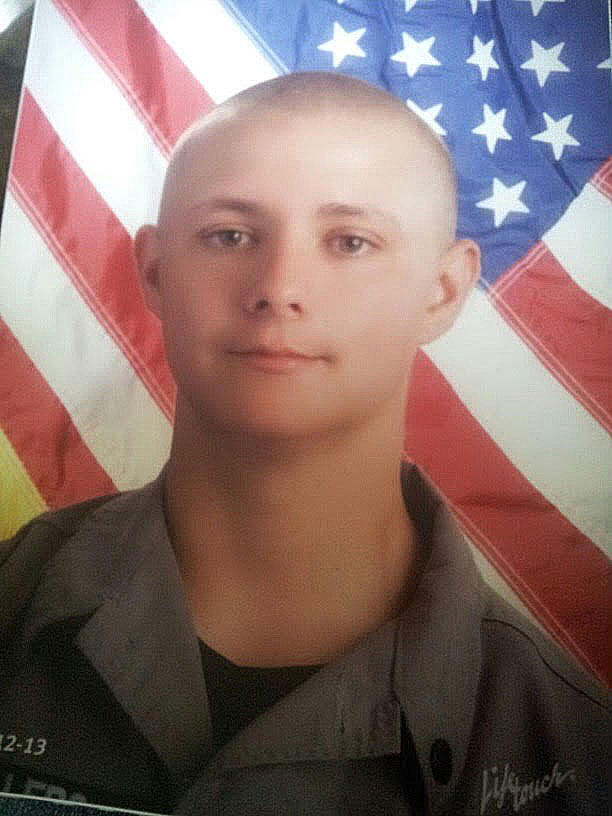 Alex Cullers died from an oxycodone overdose in 2014 at the age of 18.

Carrie Walker is pictured with her two sons, Andrew and Alex Cullers, who both lost their lives to drug overdose. Walker started a support group for families who lost a loved one to fentanyl. They meet in her living room.

Alex Cullers died from an oxycodone overdose in 2014 at the age of 18.

Carrie Walker doesn’t just keep her boys in her heart. She keeps them on her calf, too.

Her sons, Alex and Andrew Cullers, were about six years apart. They’re the same age now, though — now and forever.

Walker based the tattoo’s design on a photograph that hangs on the living room wall of her south Bakersfield home: Alexander, about 17, a year or so before his fatal opioid overdose, is posing with his little brother Andrew, about 12, six years before his. Each is hoisting a freshly hooked Kern River bass and wearing a satisfied grin.

Today, they’re the spark that gives life to her mission: No more adult hearts shall be broken by the opioid overdoses of their children. A tall order, and unrealistic — but dwelling on such minutiae would only hinder her resolve, and she has no time for that.

Through her grassroots organization, Steps of Change (stepsofchange.org, a Facebook page) Walker offers solace, advice, networking and referrals to parents who have lost children to opioids.

Walker is not especially strong, she says. But angry? Yes, she’s plenty of that.

“There’s a lot of different emotions in it,” she says. “But anger …. It’s killing our children.”

“It” is fentanyl, the synthetic opioid that is ravaging the country. It killed more than 80,000 Americans last year, including scores in Kern County, and the numbers, by all accounts, are up in 2021. Kern seems certain to pass 200 fatal fentanyl overdoses since January 2020 any day now.

“He was rambunctious, crazy, always had a lot of energy — but the most loving kid you’ve met,” Walker says. “(But) he suffered from anxiety, depression, and fought that a lot of his life.”

That Andrew would one day succumb to the same thing as his brother Alex became Walker’s greatest fear.

“Losing one child to it, your fear of losing another child is just so great. With Andrew,” Walker says, “… I educated him. We talked about it.”

Walker caught Andrew smoking marijuana on one occasion. She sat him down and cried.

“‘I cannot lose another child — I won’t survive it,’” she says she told him. “He said, ‘I would never try opiates, I know what they do.’”

But then one night in April 2019 Andrew went out with friends and never came home. The first night she was frantic. She called the friends he’d gone out with; they said they didn’t know where he could be. She called the police and reported him missing. Then she waited. And waited.

The next day she called those same three friends. Were they sure they had no idea? They agreed to look for him. And they found him exactly where they’d last seen him: Sitting in his car at a gas station in Arvin, where he’d somehow gone undetected for almost 48 hours.

He had placed crushed Xanax — a prescription-only benzodiazepine used to treat anxiety — on a sheet of aluminum foil, heated it from below with a lighter and inhaled the vapor. Then he died.

Turns out it wasn’t Xanax at all. It was counterfeit Xanax — fentanyl, a synthetic opioid from a completely different chemical family originally formulated to be an anesthesia and last-resort painkiller.

He hadn’t learned from his brother’s death, because kids don’t necessarily learn that way; they have to try things themselves, because they’re kids. And so it goes: One of the friends who’d gone out with Andrew that night died of a fentanyl overdose himself five months later.

Walker’s survival strategy is simple: educate others. Don’t let this kind of heartbreak happen to someone else, not if you can help it. When she started her nonprofit, Steps of Change, the idea was to visit school assemblies and give speeches about opioids. Due in part to the pandemic, which shut down all the schools, it morphed into something else: a place for parents to get referrals and support.

What was once a Facebook page became three parents, Walker included, meeting regularly in her living room to talk about life and loss. Now it’s eight parents.

Because these days fentanyl is in everything on the street — usually in disguise.

Another of Walker’s new allies is Louie Wright, a one-time heroin addict turned minister. He runs One Door Recovery, which counsels, and actively seeks to heal, drug addicts on the streets of Bakersfield.

He confirms that fentanyl is showing up in everything — including non-opiates.

“This is the problem that we’re seeing,” he says. “Methamphetamine, cocaine, all of these drugs: Will they kill you? Sure. Are they likely to? Over long periods of time, they can. There’s ways you can die, I’m not saying that you can’t. (But) heroin today — it’s gonna kill you. It’s like Russian Roulette every time you use it.”

Fentanyl, Wright said, is cheaper and therefore more profitable for everyone up and down the supply chain. No messing with the unpredictability of the opium crop: Fentanyl is formulated in the lab. The precursor chemicals are shipped from China to Mexico, for the most part, where the Sinaloa cartel, in most cases, transforms it into look-alike pharmaceutical pills.

The high is a good one, so they say, so the drug is desirable and keeps customers coming back for more. But if it’s not measured precisely right, it kills.

And that happens a lot.

Walker may have thrown herself fully into this fight against fentanyl, but she has time for other important things, like her three daughters and four grandchildren; five of the seven live with her, so there's bedlam aplenty. The good kind.

Every three months Walker travels to Arkansas to visit 6-year-old Alexandra (Lexi) Cullers, who lives with her mother. Lexi never knew her father, Alex Cullers, who died five months before she was born.

She’ll know her grandmother, though. Rest assured of that.