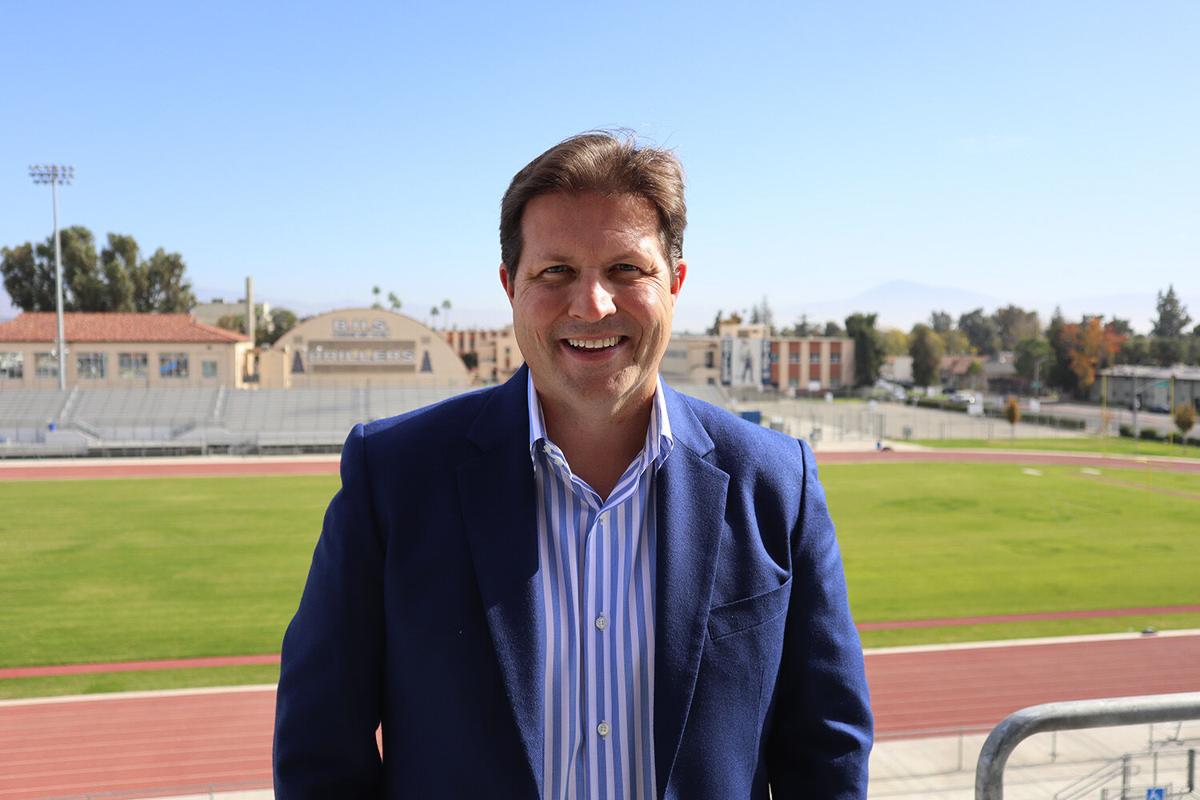 Jeremy Adams is the author of “Hollowed Out: A Warning About America’s Next Generation.” 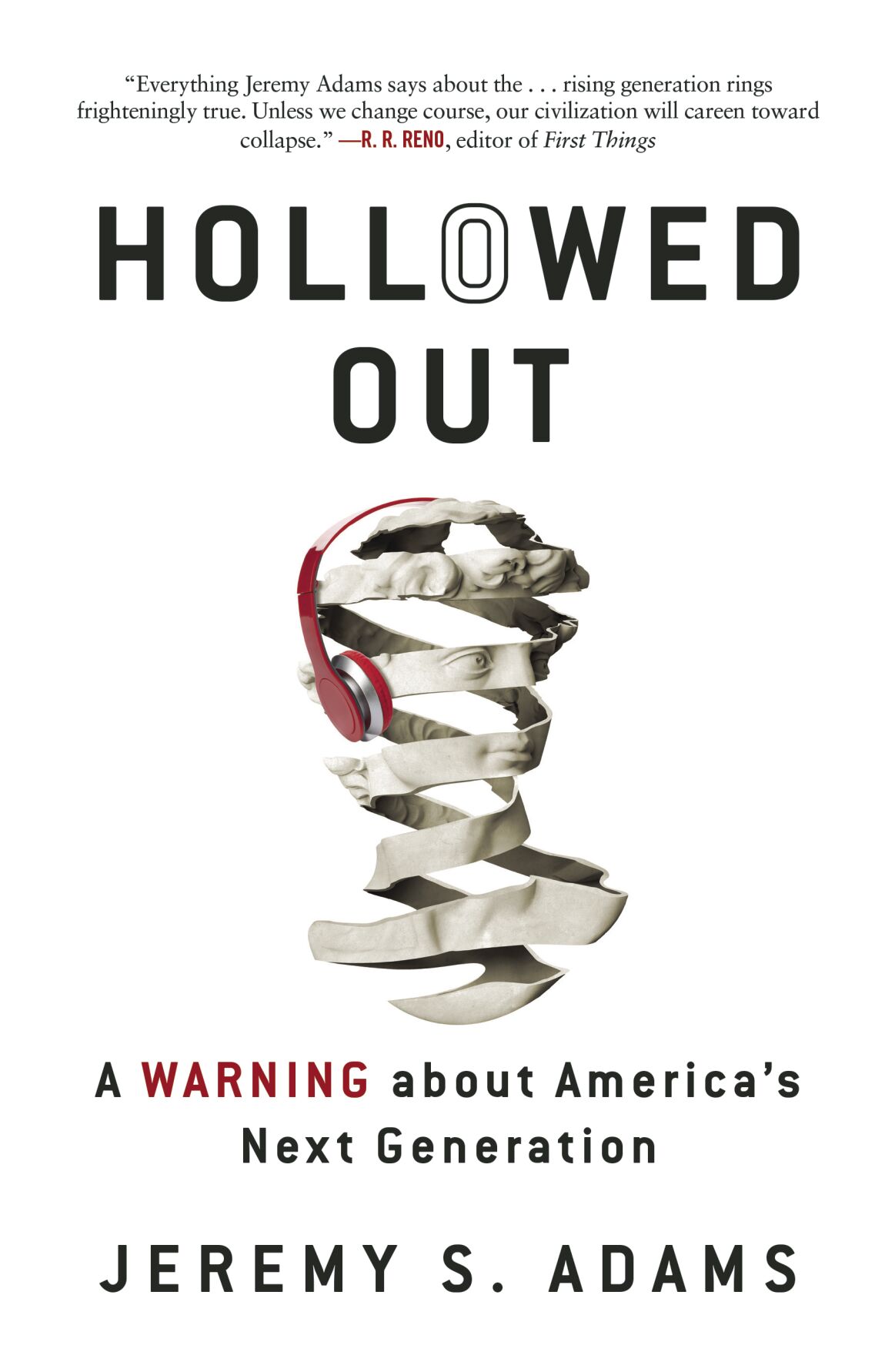 Jeremy Adams is the author of “Hollowed Out: A Warning About America’s Next Generation.”

Jeremy Adams plays a little game with new students at the start of each semester. He projects faces on the wall of his classroom, one after another, and asks students to identify them.

Some are celebrities du jour, icons of pop culture. Some have been governing this country.

Nancy Pelosi: Murmurs and then silence.

Adams doesn’t play this game just so he can enjoy that smug bemusement we elders experience when we realize we’re in the company of people who’ve never heard of Spiro Agnew. It’s his way of reminding them of something they surely already grasp: There’s a three-dimensional world out there, beyond YouTube, Snapchat and TikTok. His job is convincing them that it matters.

And, sad to say, he senses that he’s failing.

And that in and of itself is sort of remarkable. Adams, who teaches government and history at Bakersfield High School and, as a 15-year adjunct, political science at Cal State Bakersfield, is an animated, engaging lecturer. And, when necessary, a creative attention-getter. This is the guy who convinced his principal to descend on a wire from the rafters to the stage of his annual U.S. Constitution-based quiz show.

This is as enthusiastic an advocate for America’s democratic experiment as any person you’ll find.

And, as he outlines in his new book, “Hollowed Out: A Warning About America’s Next Generation,” he is more worried about that experiment than he’s been in his 23 years interacting with teens.

His concerns, he assures us, go well beyond the time-honored tradition of one generation’s grumpy, “get off my lawn” critique of others that follow.

This is about the current, coming-of-age generation’s participation in this thing generally referred to as real life.

“They live largely solitary lives, inextricably connected to their phones but largely disconnected from parents, churches, and communities,” Adams writes in “Hollowed Out.” “Instead, they eat alone, they study alone, they even socialize alone in a virtual world untethered to the physical. They are often friendless and depressed, which explains why they harm themselves and commit suicide at a rate unrivaled in American history ...”

It might sound like “Hollowed Out” is a book about the psychological consequences of the COVID-19 crisis of 2020-21, with its “mandated disengagement, social distancing and isolation,” but it’s not. The pandemic, Adams writes, has merely “accelerated and amplified many of these disturbing characteristics.” There’s no miracle vaccine or herd immunity for this scourge.

Last week, I spoke with Adams via phone, text and email about his book, which hit store shelves Tuesday.

This descent into self-isolation, he told me, has manifested itself in seemingly innocuous but telltale ways. The high school where Adams, 45, has taught almost literally half his life happens to have a successful and tradition-rich football program that has always packed the seats of its stately, tradition-rich (and recently renovated) stadium. No more.

“My whole life,” he said, “if you wanted to go to a Driller football game and have a good seat, you’d better get there early, right? I've noticed in the last five to 10 years at BHS it's really pretty empty. I know some of it is that there's more seats now that they’ve widened the stadium, but even with that, it's half empty on a Friday night.

“So I ask my students, ‘Why aren't you going to the football games?’ And they sound like 50-year-old people: ‘We're tired at the end of the week.’ And I tell them, ‘Well, those football games give you a chance to hang out with your friends.’ And they say, ‘We are hanging out with our friends, we're just doing it on our phones at home by ourselves.’”

This is by no means a phenomenon exclusive to that high school or this city, Adams noted. It’s indicative, he said, of a culturally homogenized society built around the mobile phone and what he refers to in “Hollowed Out” as “the Almighty Mirror of the frivolous self.”

“To young people,” Adams writes, “(today’s) radical individualism is not emblematic of being a renegade, an iconoclast, or a rule-breaker; it is not zealotry; it is, in a strange way, its own banal conformity.”

“Hollowed Out” is something of a life milestone for Adams, who is known outside of the BHS and CSUB campuses for his community lectures, occasional op-ed commentaries in this newspaper (as well as several more broadly circulated publications) and for the entertaining, occasionally zany Constitution- and civics-themed “game show” he co-hosted for a decade, the Earl Warren Cup. (The final one was in 2019.)

This is Adams’ third book, but the first that’s not a “teacher book”; that is, reflections and observations about his chosen career, written primarily for the benefit of other educators. This, he would like to think, is for everybody.

It certainly should be.

His six chapters describe the impacts of this seeming withdrawal from in-person social interaction by young people (and, let’s face it, many of the rest of us) in six areas: Generationally, individually, culturally, in education, in home life, and in terms of this democracy of ours that seems evermore fragile and vulnerable.

The concerns outlined in “Hollowed Out” reflect Adams’ moderate-conservative point of view, but one would have to be an anarchist in the extreme not to find value in many of his points.

Some might see the book as just one long whine — an eloquent whine, to be sure — if not for Adams’ concluding suggested countermeasures. The single most important solution, of the several he offers in “Hollowed Out,” essentially rests with Adams’ own generation.

“What makes this a different generational crisis is the fact that young people are growing up absent so much adult time and adult influence,” Adams told me. “So the number one (answer) is that the adults in our society have got to start adulting. We have got to put ourselves into the physical, moral and emotional space of our young people again.”

He illustrated with an analogy.

“And a lot of our young people get into the ring every day — they go to school, they (interact with) the world, and they get beat up. As we all do. But they don’t have a lot of people in their corner, and they can't imagine going back into the ring.

That these alarming observations come from one of Kern County’s most passionate and engaging teachers ought to make them doubly concerning. If someone like Adams can’t bring the wisdom and spirit of this country’s powdered-wig progenitors to life, maybe the next best option for the classroom is defibrillators.