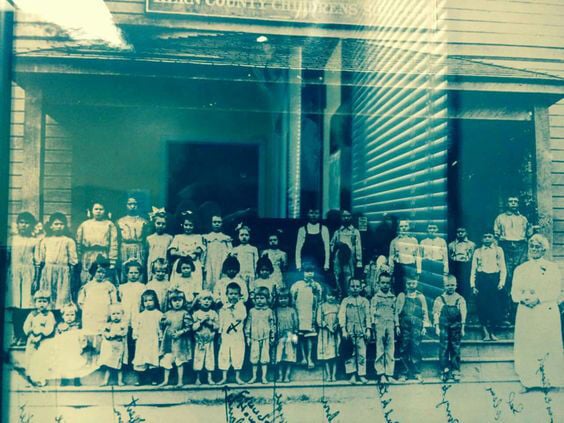 The Kern County Children's Shelter at 20th and P streets, circa 1920. About 45 children lived at the orphanage at any given time until it closed in 1930. 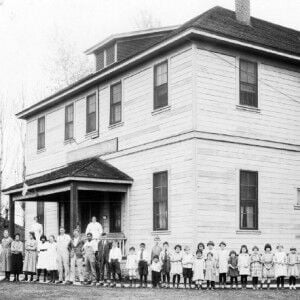 The Kern County Children's Shelter at 20th and P streets, circa 1915. About 45 children lived at the orphanage at any given time until it closed in 1930. 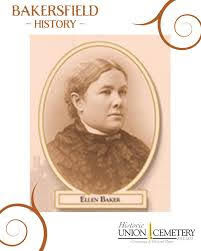 Ellen Baker Tracy donated the land for the orphanage in 1909. 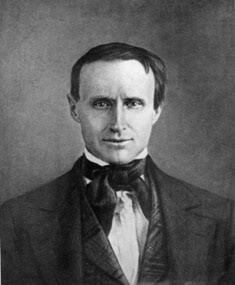 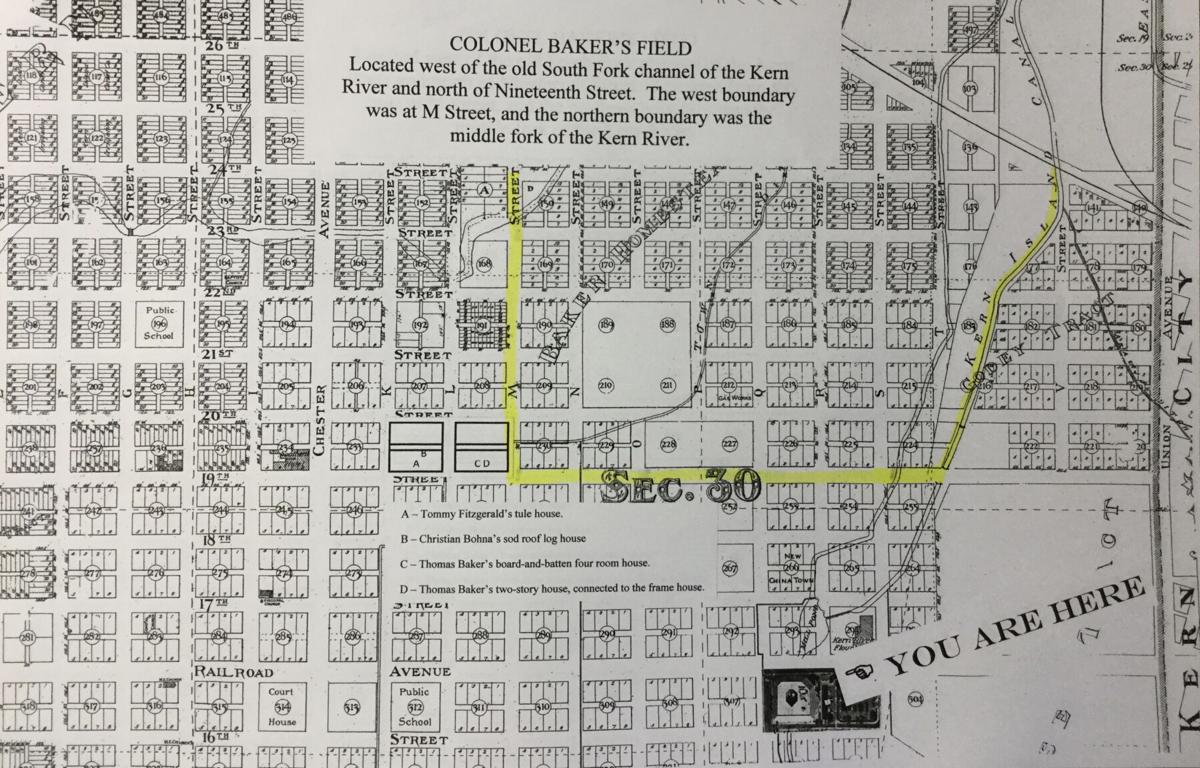 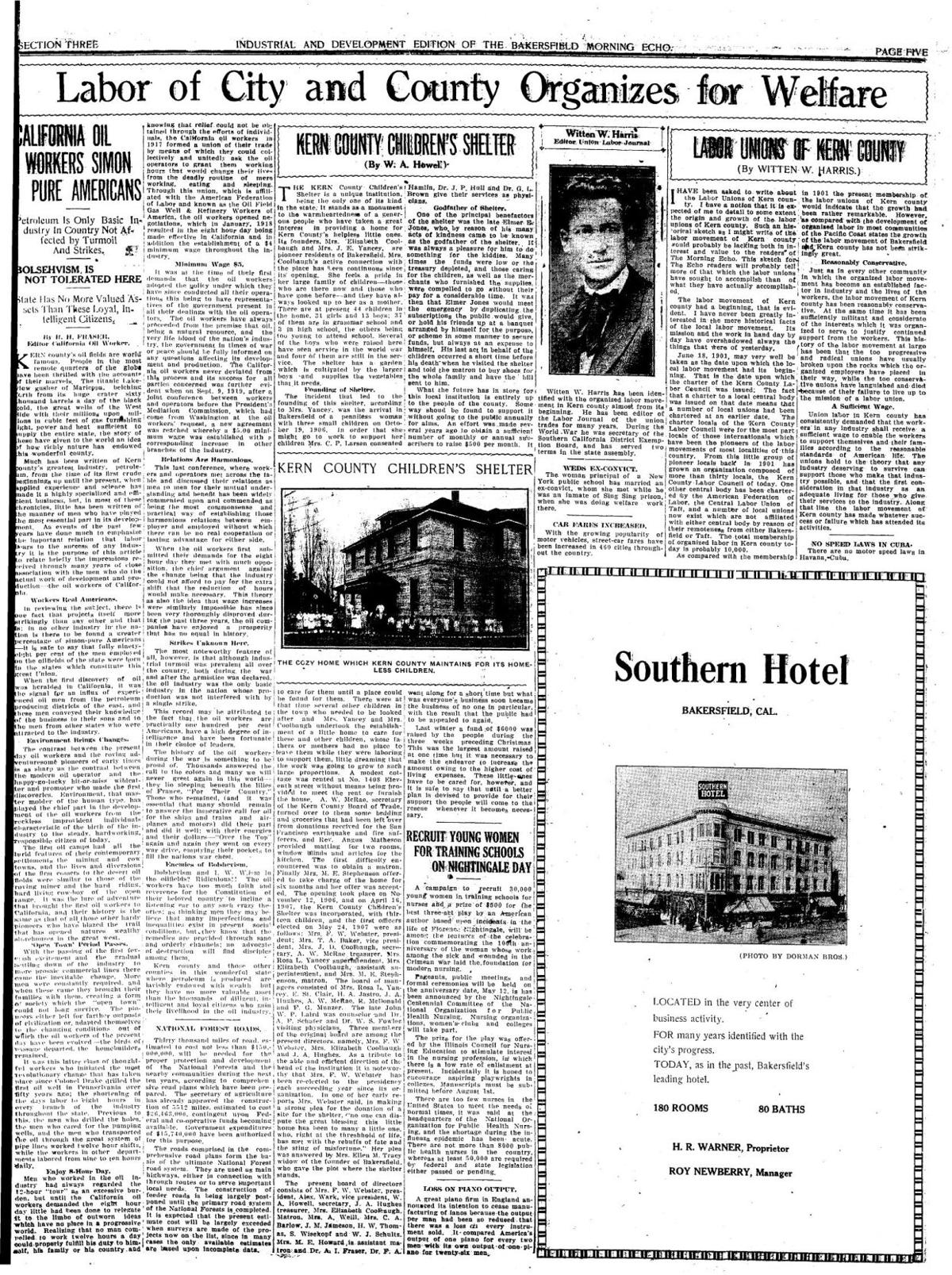 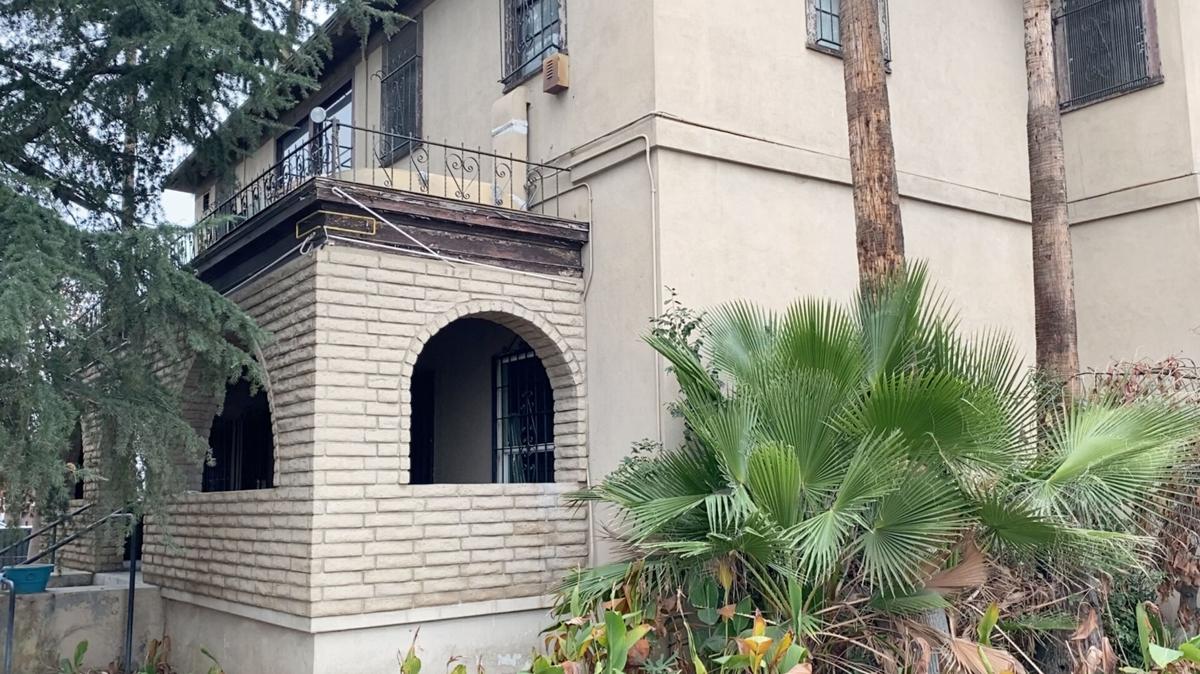 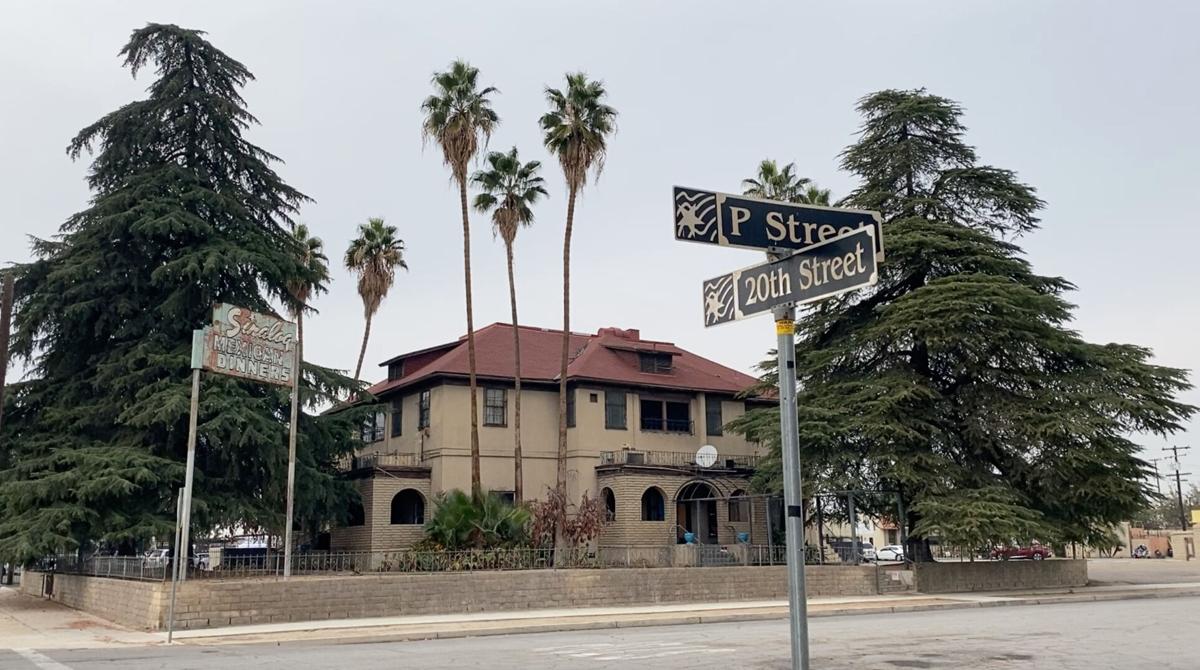 What remains of the Sinaloa restaurant at 20th and P streets. 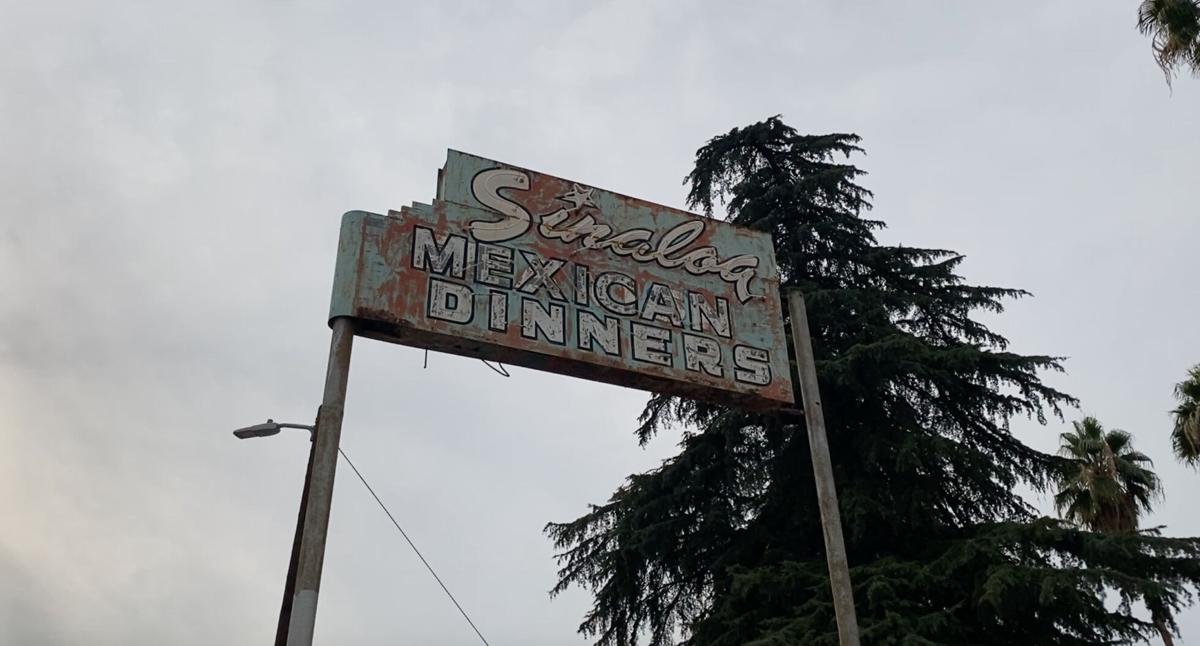 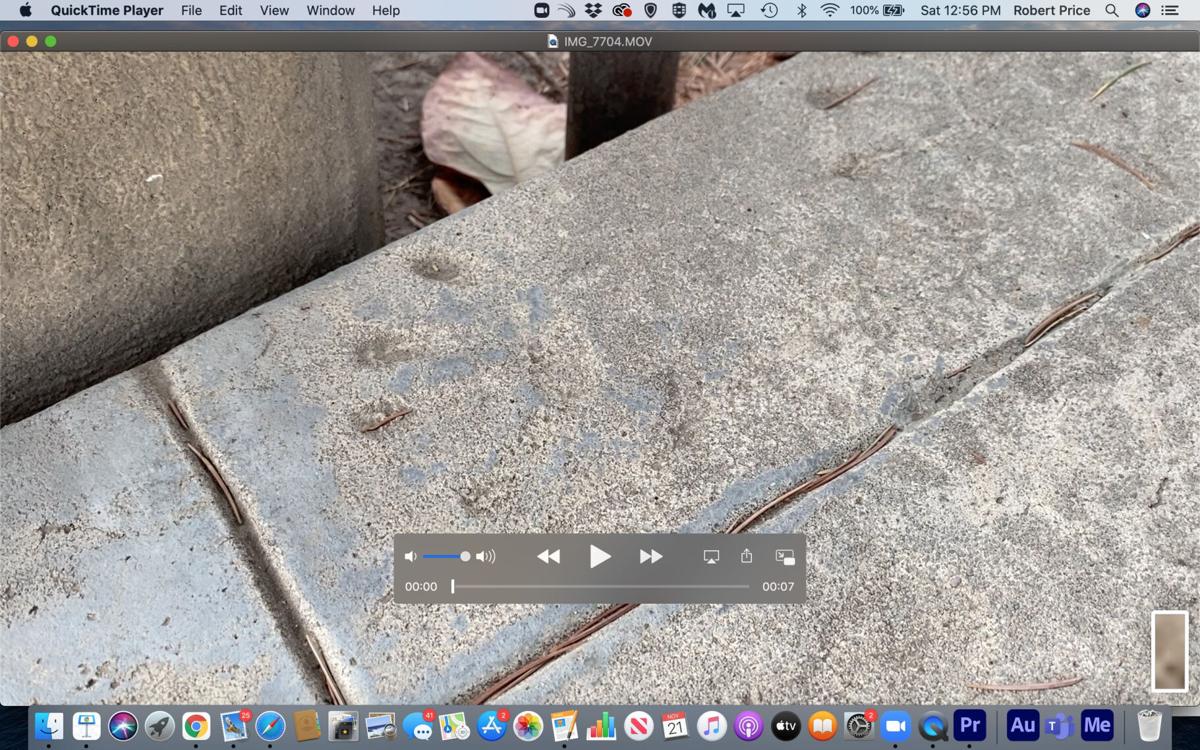 Young orphans' handprints are still visible in the concrete steps leading up to the Kern County Children's Shelter approaching the south entrance.

The Kern County Children's Shelter at 20th and P streets, circa 1920. About 45 children lived at the orphanage at any given time until it closed in 1930.

The Kern County Children's Shelter at 20th and P streets, circa 1915. About 45 children lived at the orphanage at any given time until it closed in 1930.

Ellen Baker Tracy donated the land for the orphanage in 1909.

What remains of the Sinaloa restaurant at 20th and P streets.

Young orphans' handprints are still visible in the concrete steps leading up to the Kern County Children's Shelter approaching the south entrance.

We no longer need evidence that Bakersfield’s Historic Preservation Commission is a toothless entity ignored by all but a passionate few.

But we may have more evidence anyway.

One of the last direct, surviving brick-and-mortar links to the city’s founding is in a state of limbo that local historians fear may result in its demise.

The Kern County Children’s Shelter, an orphanage founded in 1909 on land gifted by Ellen Baker Tracy, third wife and widow of the man for whom this city was named, and situated on three-quarters of an acre in the suddenly hot Eastchester district, has been in escrow for six months.

If you believe you must have overlooked the orphanage’s signage, it’s because what’s left of the weathered, 30-foot sign at 20th and P streets identifies the building as Sinaloa Mexican Dinners. The restaurant — whose owners moved to 20th Street in 1957 from their original location on East 19th (what’s now Wool Growers) — closed in January 2019.

The 6,000-square-foot, two-story building had been on the market since June 2019 (original asking price: $1.9 million) and sold in May 2020 (listed asking price at the time: $899,000). Realtor Joe Santa Cruz declined to identify the buyers or their plans for the property but did say they’re local.

The downtown landmark occupies one square block in the middle of the original Baker’s Field, about two blocks from Col. Thomas Baker's homestead. The colonel had moved to the settlement of Kern Island in 1863, as the Civil War raged in the East; it was a time when the Central Valley was so open and untamed, according to local historian Ken Hooper, Baker had to tether his horses to prevent them from joining the wild, roaming equine herds. Baker reclaimed swampland, laying out irrigation ditches and giving away acreage to encourage the development of a community, and in 1869 he laid out the grid for the original town site. He died in 1872, just 62.

Baker’s widow married into the prominent Tracy farming family after his death, and years later donated the land for the orphanage, which operated until 1930. The prints of tiny hands and feet — toddler age, it appears — are still visible in the 111-year-old concrete steps at the south entrance to the building.

Over the course of the next 27 years, according to local historian Gilbert Gia, it was a private residence and then, starting in 1946, restaurants — among them the Trovatore Café and later Fior D'Italia.

“I would love to see it repurposed,” said Hooper, who runs an exemplary local history program at Bakersfield High School. “It's a building that is iconic in Kern County, and if it has structural problems, I would think they can be mitigated. They can solve it at a reasonable cost and keep the building around.”

But Bakersfield does a generally poor job of preserving its architectural heritage. Earthquakes are one thing — the 1952 temblor took away much of the city’s visual character — but its leaders have allowed inattention or lack of concern to take away other landmarks in the decades since.

One of the more recent examples is Strelich Stadium, also known as Strongbow Stadium and the Bakersfield Dome, a 1,600-seat boxing, wrestling and music venue at 22nd and V streets built in 1941. Local preservationists tried to save the building but it was sold and demolished in October 2018 to make way for a planned expansion of the nearby Mesa Verde immigration detention center on Golden State Avenue. The expansion hasn’t happened and that piece of the city’s cultural history is still just an empty, scraped-flat lot.

But there have also been victories, none more evident or celebrated than the Padre Hotel. The distinctive eight-story hotel at 18th and H streets was built in 1928 but fell into disrepair and near-abandonment in the 1960s under the stewardship of the eccentric Milton “Spartacus” Miller. With the city’s help, the building was purchased and renovated, reopening as a boutique hotel-restaurant-bar in 2010. It has become the single most important driver of the downtown area’s economic rebound, even responsible, in many ways, for the surging interest — and property values — in the city’s once-derelict Eastchester district. No small irony there.

But boutique hotels and preserved orphanages alone don’t turn central districts into booming downtowns; residential growth does, and Bakersfield has made great strides in that area. New condos and apartments have to go somewhere, and underutilized land is the ideal place to put them.

So it’s always a balancing act.

What historic preservationists are asking is that history at least be considered in land transfers. One worthwhile tool is the Mills Act, a state law that allows cities and counties, should they choose to participate, to offer the owners of historic buildings a reduction of property taxes in exchange for the continued preservation of the property. The eight largest cities in California — Los Angeles, San Diego, San Jose, San Francisco, Fresno, Sacramento, Long Beach and Oakland — are among the 80 local governments that have instituted Mills Act programs, each version uniquely tailored to meet local needs and preferences.

Bakersfield, at No. 9, is the largest California city that does not have a Mills Act program.

One need only drive through Old Town Pasadena or San Diego’s Gaslamp Quarter to see what the Mills Act can do for a city’s beauty, desirability and economy.

“The statistics show that historic buildings tend to raise the value of adjacent buildings in the area, whether it's residential or business,” said Stephen Montgomery, who is the vice chair of the city's Historic Preservation Commission. “Having a historic district does add value to an urban area, and that’s a point that’s missed here.

“When you say ‘historic preservation’ and ‘historic registration,’ the next thing out of their mouths is, ‘This is going to interfere with my property rights,’ and the fiction seems to serve better than the fact. Then I explain how the Mills Act works.”

But the state of historic preservation in Bakersfield, according to Montgomery, “is pretty weak in terms of government pursuing preservation as a priority.”

“The reason we have a hard time getting people to serve on the Historic Preservation Commission is they see it as a useless element; it does not have any power, effect or authority,” Montgomery said.

“Clarence Cullimore Jr., (the locally renowned architect) who retired to Bakersfield after a lifetime career in architecture in Sacramento and Los Angeles, joined the preservation commission but he just simply let his membership lapse because he said it was useless,” Montgomery said. “We didn't accomplish anything. The city’s Development (Services Department) continually canceled the meetings. Twelve months of meetings with no meetings; all you do is get an official notice of meeting cancellation.”

And, consequently, Bakersfield is missing opportunities to visually define its character and legacy.

“A community that has a respect for its past,” Montgomery said, “is going to be more motivated to care about the present. ... A good way to facilitate pride in community is to have a past that you can look at that is attractive and valuable.”

Perhaps, if Montgomery says things like that often enough, someone will listen. Then again, perhaps not.