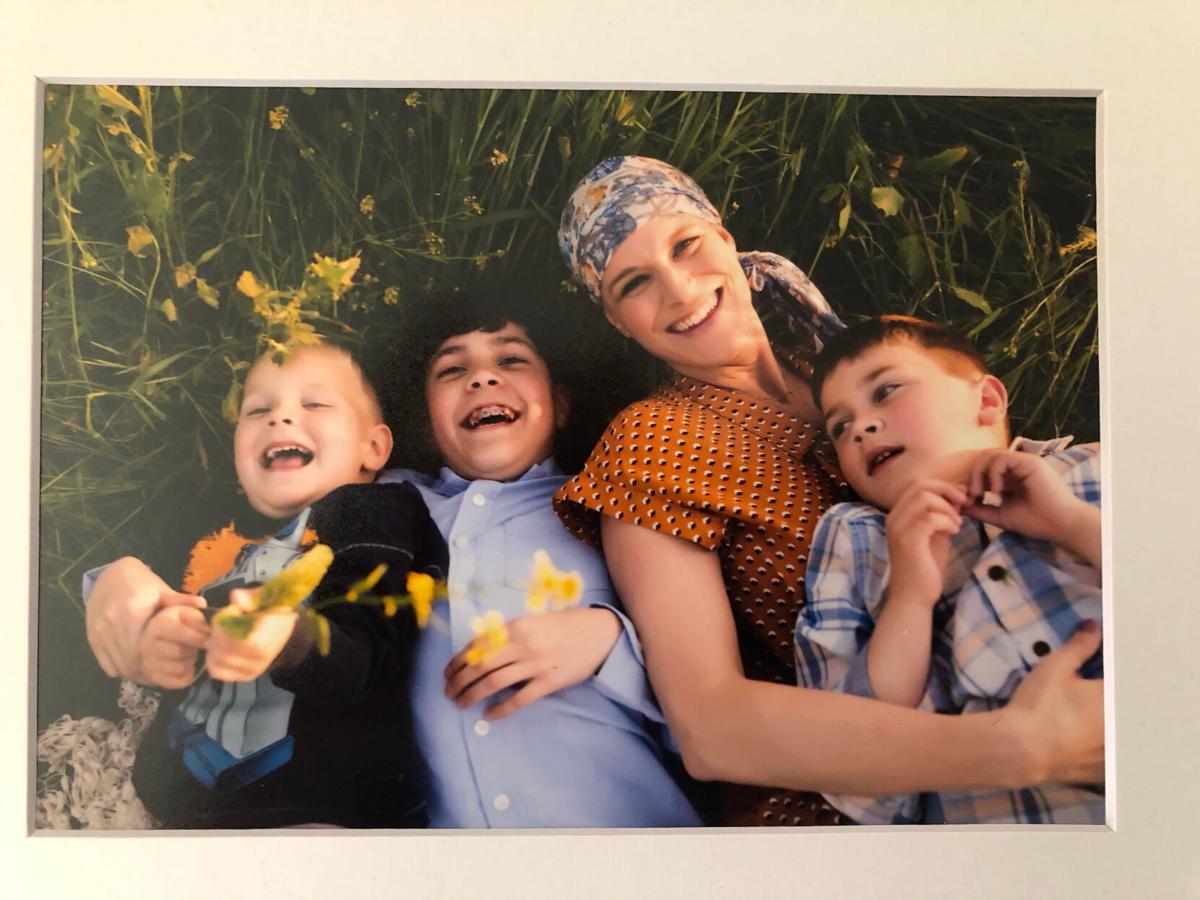 Stacey Shepard said she made her journey through breast cancer a part of her three children's lives — in a way that was appropriate to the age of each one.

Diane Nelson acknowledges her eighth week of chemotherapy in an upbeat way in August 2018. 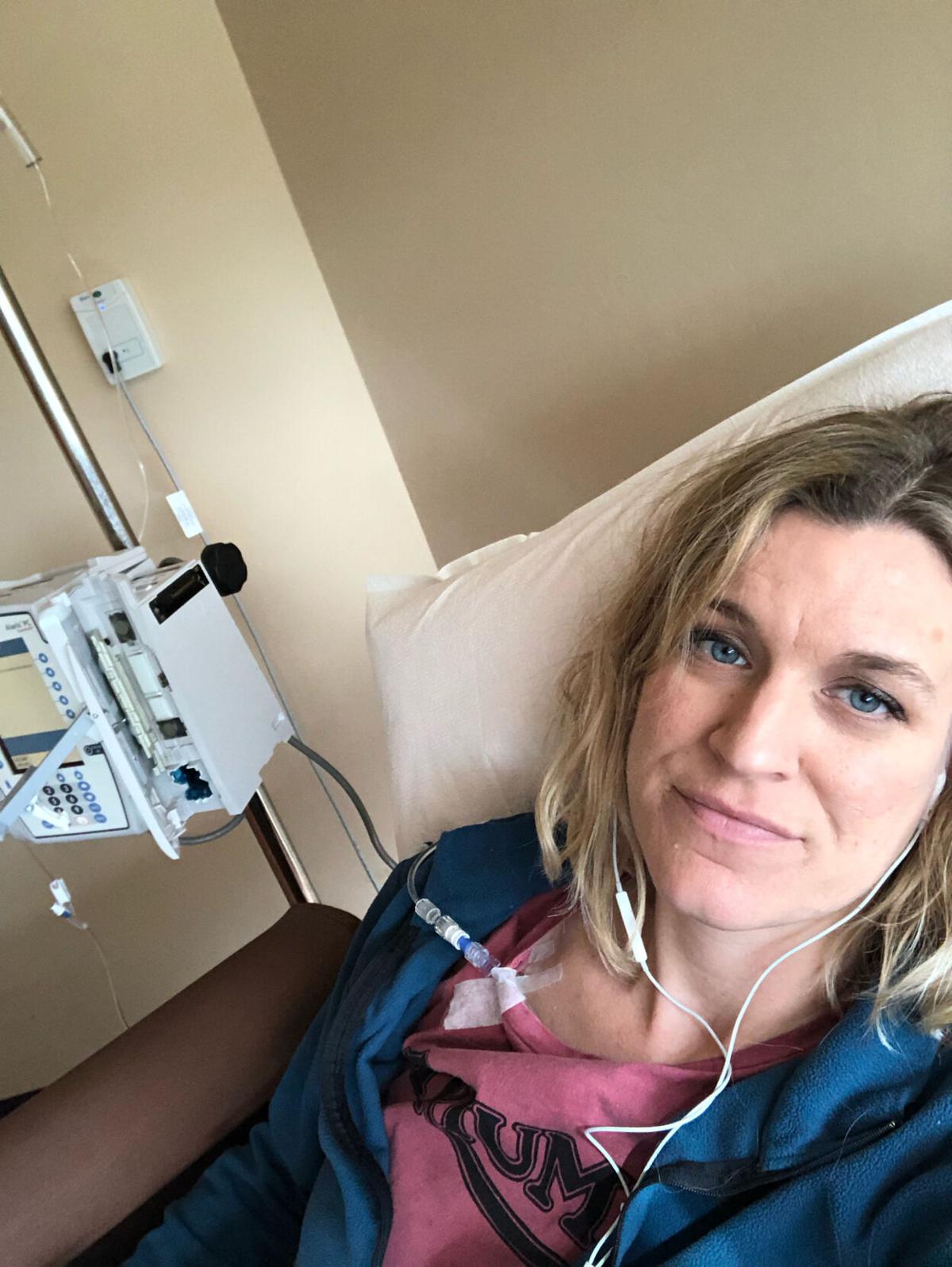 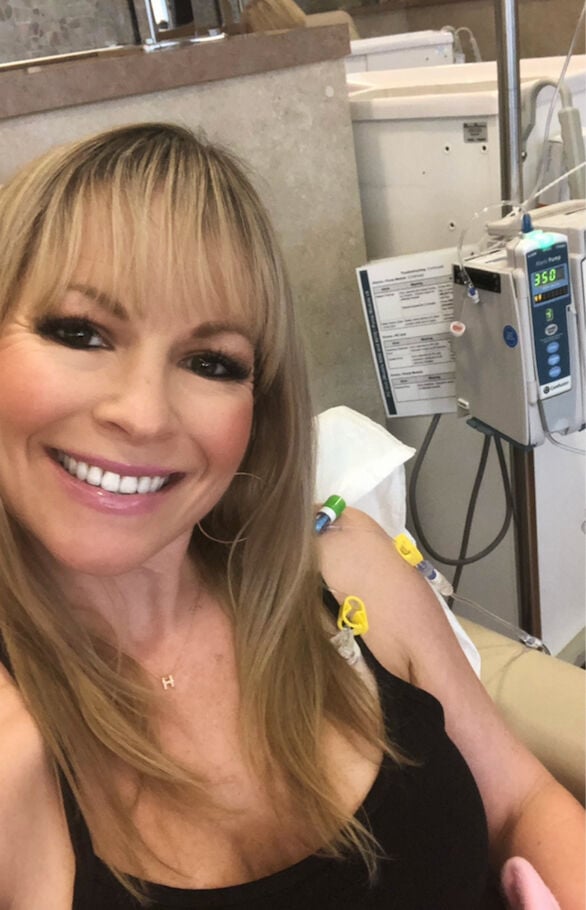 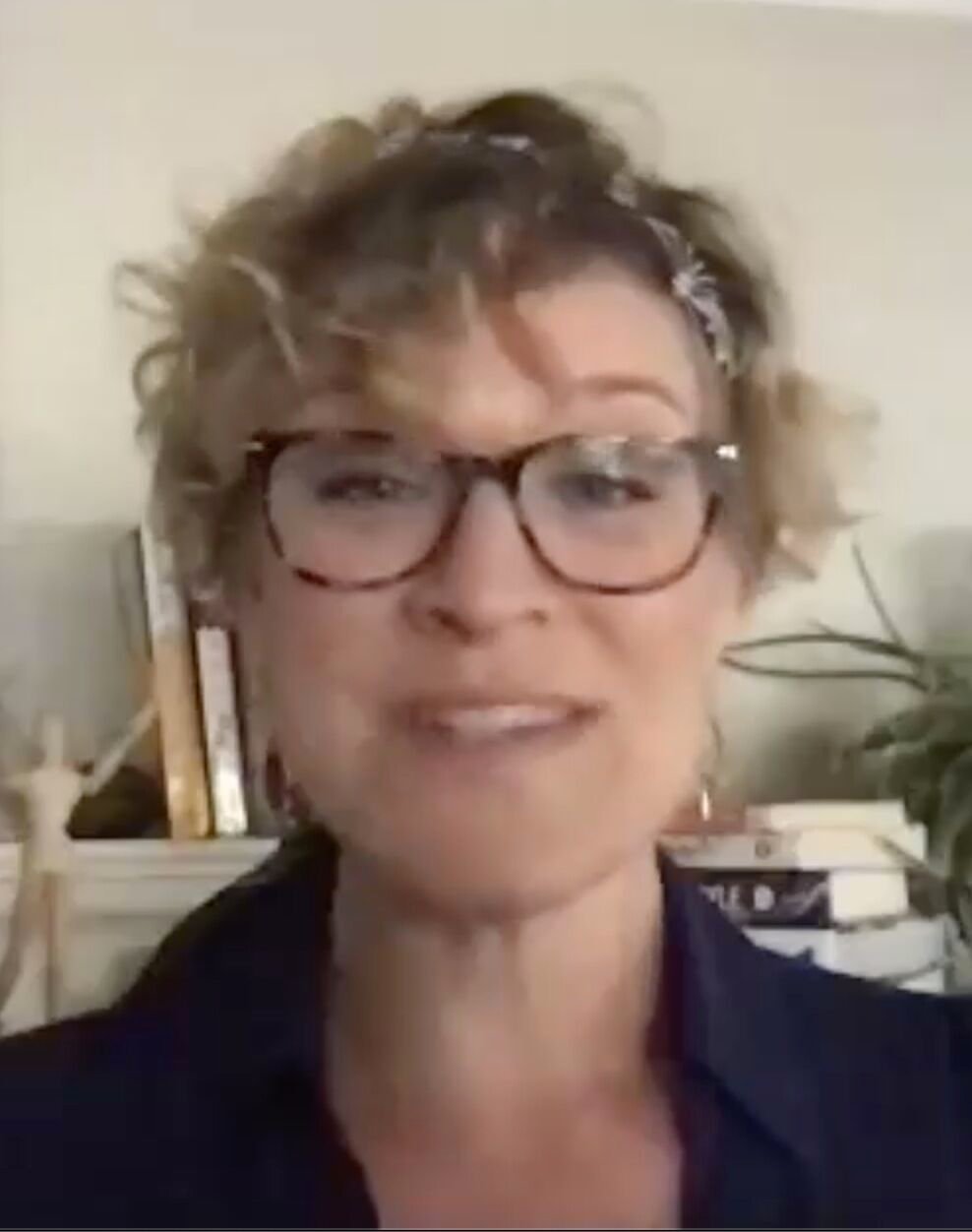 Stacey Shepard said she made her journey through breast cancer a part of her three children's lives — in a way that was appropriate to the age of each one.

Diane Nelson acknowledges her eighth week of chemotherapy in an upbeat way in August 2018.

For Diane Nelson, it was a lump that appeared almost overnight. No early indications, no prior tenderness.

For Stacey Shepard, it was a spot where her skin had indented and changed color, and she knew she had to get it checked.

Nelson and Shepard confronted their breast cancer on similar timelines and with similar outcomes — thankfully, mostly good ones — but traveled paths that at times diverged.

Such is the nature of breast cancer: Some aspects are universal, some as personal as fingerprints.

They shared the same Bakersfield doctor — Dr. Ravi Patel of the Comprehensive Blood & Cancer Center — and similar places in life. Nelson was 41 when she was diagnosed two years ago, Shepard 38: women in the approaching-middle-age phase of life where disease is supposed to be foreign and rare. Supposed to be.

Most breast cancers, according to the Centers for Disease Control and Prevention, are diagnosed after age 50. Doctors most often diagnose breast cancer in females in the 55-to-64 age range, and breast cancer diagnoses in women under 40 account for just 5 percent of all cases.

Treatment, though individualized depending on the cancer’s stage, aggressiveness and other factors, for the most part includes the same range of options no matter what the patient’s age. But breast cancer’s impacts on a 40-year-old patient’s life, in terms of family and personal issues, is quite different than those for a 60-year-old patient.

And those differences, Nelson, now 44, and Shepard, 40, eventually concluded, are worth discussing with others who may be in similar situations.

Nelson and Shepard are hosting a question-and-answer session on all things breast cancer, titled “Ask Us Anything,” at 5:30 p.m. Tuesday in the main front lobby at CBCC — with appropriate socially distanced seating. The event will also be livestreamed on the CBCC’s Facebook page, and both versions — in-person and virtual — require preregistration. To register for private Facebook participation, visit CBCC's Facebook; to attend in person, or to pose advance questions, call 661-855-5665.

Patel can tell patients much of what to expect from the physical, medical perspective. But what about self-esteem? What about talking to one’s children? What about sex? Those are important questions — real questions — especially for younger and middle-aged breast cancer patients.

"Even though you have the support of your family and the people that are closest to you," said Shepard, a reporter and former editor at The Californian, "I think there’s still a sense of, 'Gosh, it would be nice to know how other people will handle this,' or, 'Am I the only one going through this?'"

Shepard was diagnosed in December 2018 and underwent a lumpectomy in June 2019. After 16 weeks of chemotherapy and six of radiation treatments, she entered remission in October 2019.

Shepard says her primary risk factor was genetic mutation — one of the known DNA variances found in some breast cancer cases. Several women in her family have had breast cancer, including her mother, who was diagnosed in 2011 at age 63. Her mother initially tested negative for the mutation but after Shepard was diagnosed — and tested positive for the mutation — her mother was retested and found to have the mutation as well, after all. That risk factor will remain a part of their lives going forward.

Her sister in recovery, Nelson, a Bakersfield pharmaceutical rep, was diagnosed with breast cancer in June 2018 and was treated with chemotherapy prior to undergoing a lumpectomy in October 2018. But the cancer was still detected afterward, so she entered a second round of chemo — a version dubbed the “red devil” for its intensity — starting in November 2018, followed by radiation starting in February 2019. She was deemed healthy enough to end all treatment last December.

Her mother also had breast cancer but neither have tested positive for a genetic mutation.

Two women, two different paths to the same realization — that they have something unique and important to give.

“Only now, two years into this, I look back and think, you know, you're parenting young children, you're trying to work, you're trying to make decisions about having body parts removed,” Shepard said. “And you're also wrestling with this lurking fear of, you know, this is something that I could die from.

“So, I just felt that it's not always evident, when you're going through it, that you're wrestling with such big issues. There's a lot of emotions that you need to process, and I frankly think that coming to terms with it is just as important as the chemotherapy, the radiation and the surgery.”

Nelson said she has come out of breast cancer a changed, more positive person, and that’s a message she also wants to convey.

“I have said over and over again that I am a better person,” she said. “A better wife, a better mother, a better daughter, a better friend, a better employee. It just makes you see things a lot clearer. ... It makes you have such a better perspective. I also saw so much strength in myself. And I feel like it's also given me purpose to help others, and I'm going to do something with it.”

The “Ask Us Anything” sessions could be the first in a series of Q&A events sponsored by the CBCC on breast cancer and, potentially, other cancers. With 300 new breast cancer cases a year in Kern County and an ever-growing community of survivors, the need seems abundant.

Cost: Admission is free with preregistration