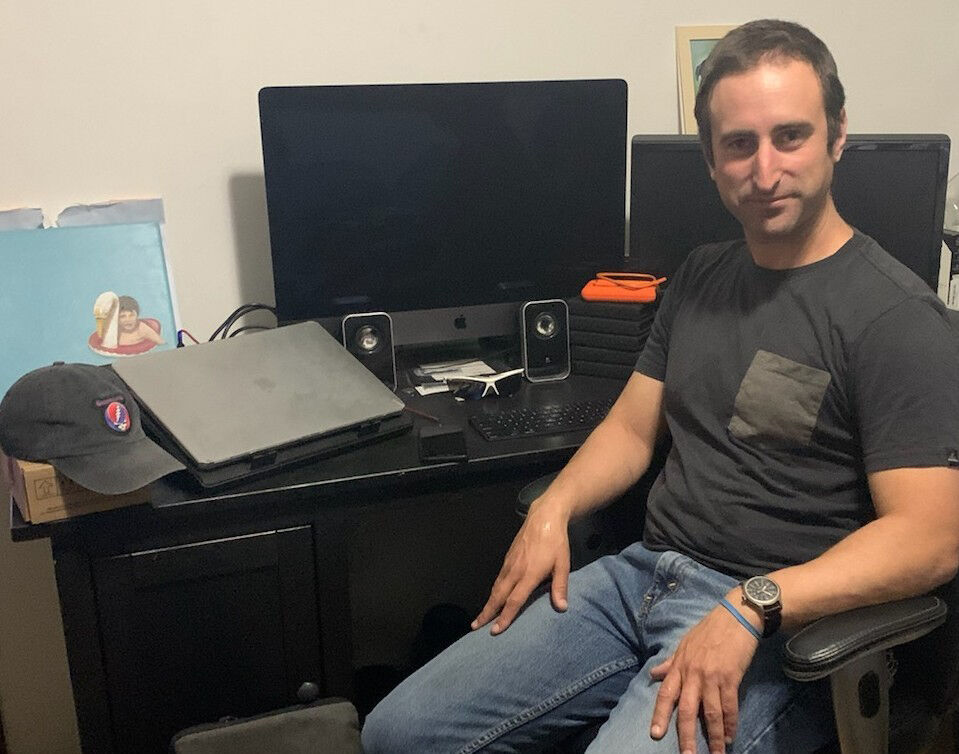 Tobias Finklestein, a native of Long Island, N.Y., set out to win over the initially dubious people of Taft. 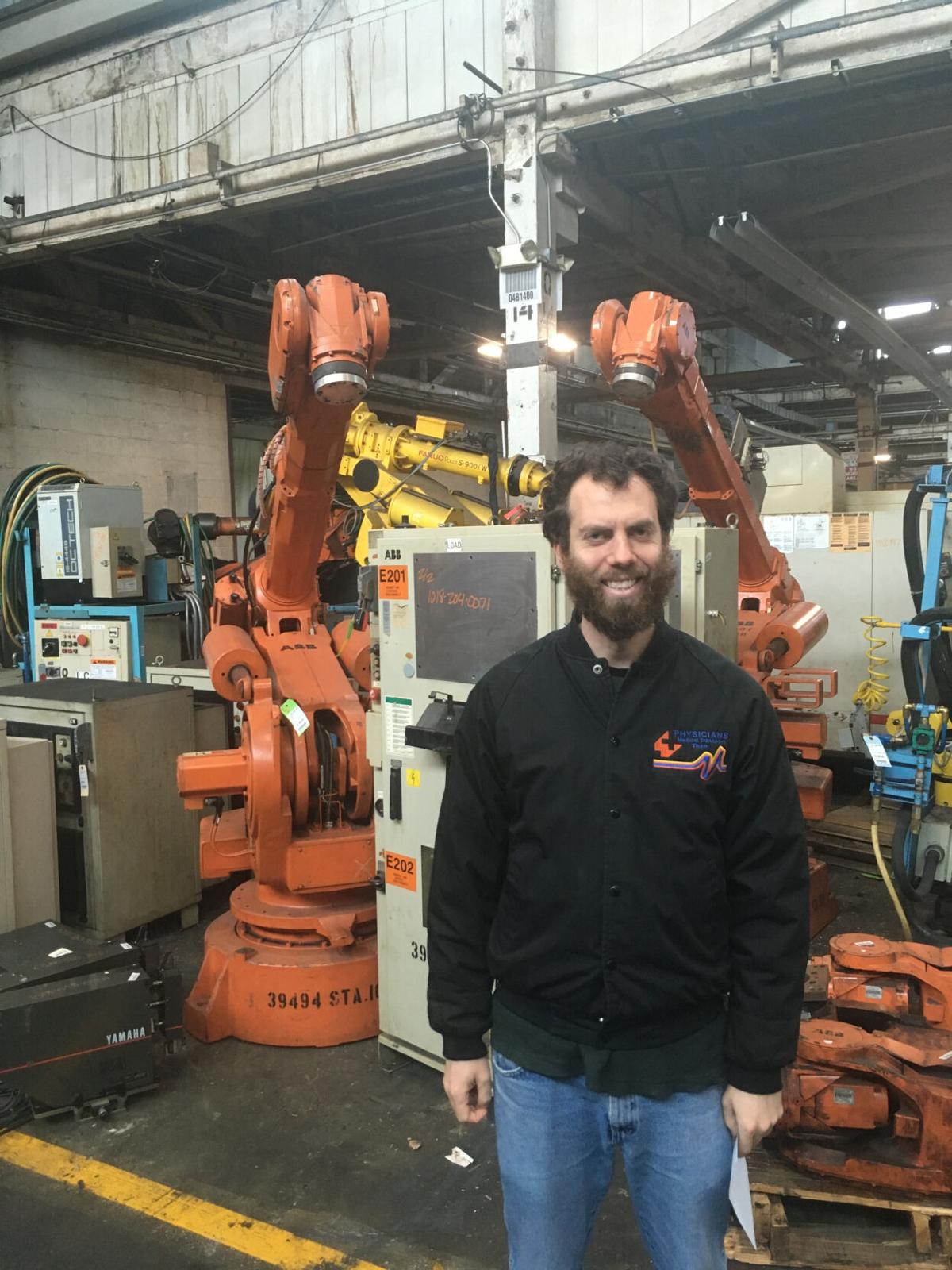 Tobias Finklestein, a native of Long Island, N.Y., set out to win over the initially dubious people of Taft.

Dan Jacobs is moving in. After a five-year bromance with the dusty little oiltown on the southwestern corner of California's vast San Joaquin Valley, he’s finally committing.

The relationship started with simple curiosity, grew into infatuation, then blossomed into full-blown fascination. Now, having introduced his creative partner to the sun-weathered, economically challenged city of Taft, Jacobs has decided to dedicate not only his professional energy to the town of 9,400 but his rent money too.

The move from Glendale will require two trips, maybe more, but this weekend Jacobs will join Toby Finklestein, his filmmaking partner, as an official Kern County resident.

“There are just so many stories in Taft that we could tell,” Jacobs says. “It seems like we find new ones every day.”

He’d missed the 2015 celebration by a year, a disappointment he seemed to take as a challenge: Maybe he’d just have to wait for 2020.

“I'm interested in a wide variety of things — American history and science and oil and energy,” Jacobs says. “Taft is at the intersection of those things, between a really rich part of American history and a lot of bigger things that are going on in the country right now.”

As he settled in he couldn’t help but notice potential side roads and subplots: quaint Mayberryesque delights such as Taft’s 2010 quest to break the world record for most pizzas produced in a 24-hour period.

Jacobs reached out to Finklestein, a filmmaker like himself he’d met at a month-long retreat for entrepreneurs in Israel a decade before. Finklestein says he immediately saw the same potential his friend saw. He agreed to help tell Taft’s story, whatever it might turn out to be — with the help of film editor Leah Turner, a third member of the team who would work remotely.

But he could see a problem.

“It's not lost on me,” says Finklestein, a 33-year-old native of Long Island, N.Y., who attended UC Santa Cruz, “that a Jewish hippie from New York showing up in a town like this will certainly raise some eyebrows.”

Shooting a documentary film of the type the team envisions might normally require simply their focused attention on logistics, scheduling and aptitude for their two Blackmagic cinema cameras. That hasn’t been the case in Taft; Taft has been an ongoing sales job.

“It took a lot of effort to convince people that we were interested in doing a human story on a very American town,” Finklestein says. “It took being frank with people that we are not interested in doing a hit piece. We're also not interested in making propaganda or 90 minute commercials. We're just telling a truthful, meaningful American story. (Explaining) that was a tremendous challenge that has taken up the bulk of my efforts so far and probably will remain a substantial challenge for the foreseeable future.”

One breakthrough in their project was their discovery of the rich vault of local history collected by the late Pete Gianopulos, the consummate Taft historian who died at 90 in 2015.

“It's pretty wild how much the Gianopulos name means here,” says Finklestein, who moved to Taft seven months before his filmmaking partner. “At this point we've read God knows how much of his material and seen God knows how many hours of footage with him. It's very impressive, the connection and investment this one man had in the town. His legacy is very substantial.”

They connected via Facebook with Gianopulos’s daughter Georgia, who lives in Oklahoma, and she has been able to guide them through her father’s archives and point them in other useful directions.

Another valuable friend has been Kimbo Trimble, a gentle 50-something mentor of young oil workers who has shown the filmmakers around the brown, sandy oil-bearing dunes of Midway-Sunset in his white GMC pickup to a continuous soundtrack of Supertramp.

“If you hang out with him in any of the places around town, it won't be more than 15 minutes before some under 35-year-old oil worker will tell you about how Kimbo taught him everything he knows,” Finklestein says. “How he taught him how to run a line and he got him his first job and things like that. He’s like one of those bronze statues at the Oil Workers Monument come to life.”

Other important connections have been Randy and Shannon Miller, who have been deeply involved in Oildorado Days; Shannon is the current president, and she has been working hard to get things ready for this October’s celebration, delayed a year by the pandemic.

It was Shannon who warned the filmmakers that winning the community’s trust might be tough.

“I told them in the beginning that you are going to have a difficult time," she said. " … There’s always that kind of hesitation, like, What are they gonna say, are they gonna paint us in a good light or a bad light. I said be prepared for that when you start to introduce yourself in our community. Now that he’s been here and he’s become a little more immersed in the culture in the community, people have been a lot more receptive and some of the things he’s been able to uncover I didn’t even know.”

One such story is the tale of the Dobro, developed in the 1920s by four Slovakian immigrants, the Dopyera brothers, who figured out how to amplify guitars in the non-electrified days of music so the instrument could compete with louder banjos.

“Taft is where the Dobro Guitar was first made. It was a world famous guitar. … The word Dobro stands for DOpyera BROthers, which means good in the Slovak language. The Dopyeras came to the USA from Slovakia to Los Angeles in 1908. There were five boys and five girls in the family. At one time, all but the three oldest daughters lived in Taft.”

Now the filmmakers are in up to their waists — Taft residents themselves who are determined to see this thing through, wherever it takes them.

“As we dive deeper and learn more about the Oildorado festival, it just keeps getting richer and more interesting and more detailed and the town just keeps pulling us in,” Jacobs says.

The filmmakers, who have not divulged the name of their film, or indicated if it even has a name at this juncture — can’t say exactly when they expect the film to be released, only that they plan on shooting at Oildorado Days in October. So, 2022 at the absolute earliest.

It’s human nature to sometimes take for granted the people and places we experience every day. Sometimes it takes outsiders to see remarkable things in our familiar daily lives. That looks to be the case with filmmakers Jacobs and Finklestein, who hope to keep finding magic in what the rest of us may regard as the mundane.