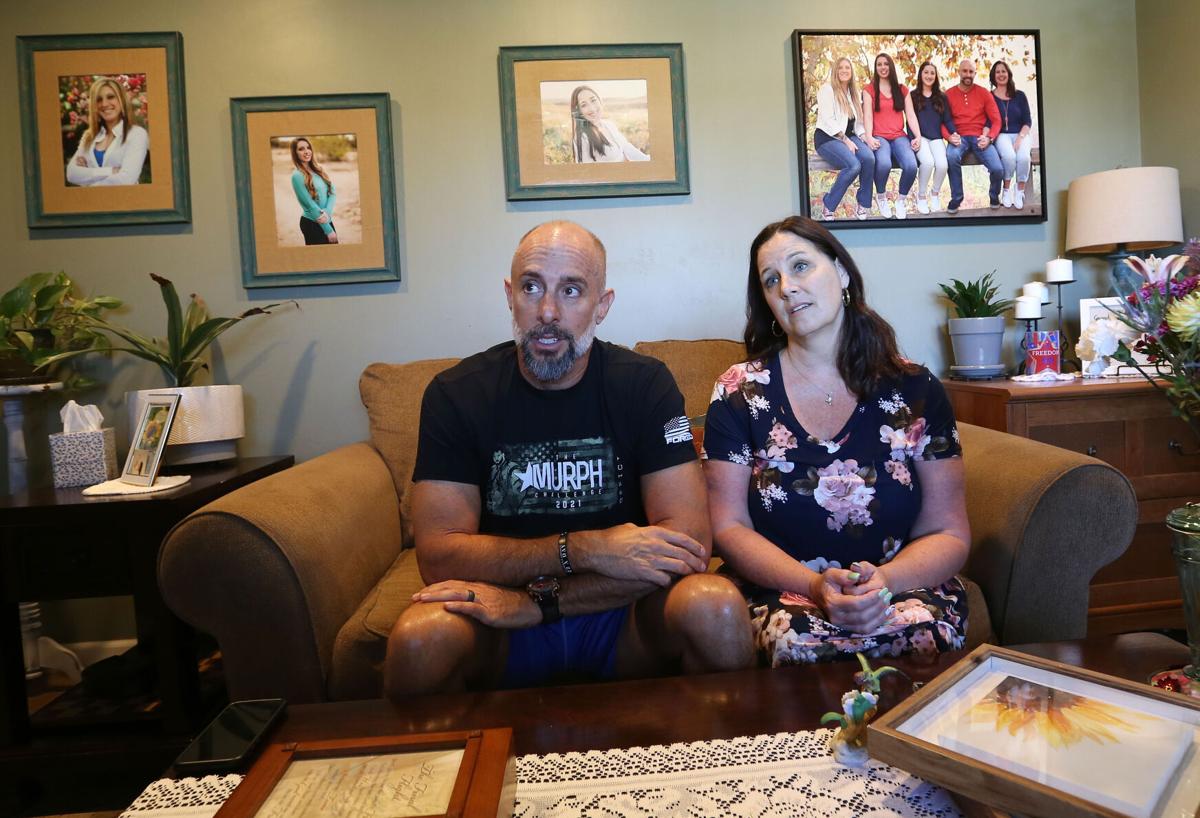 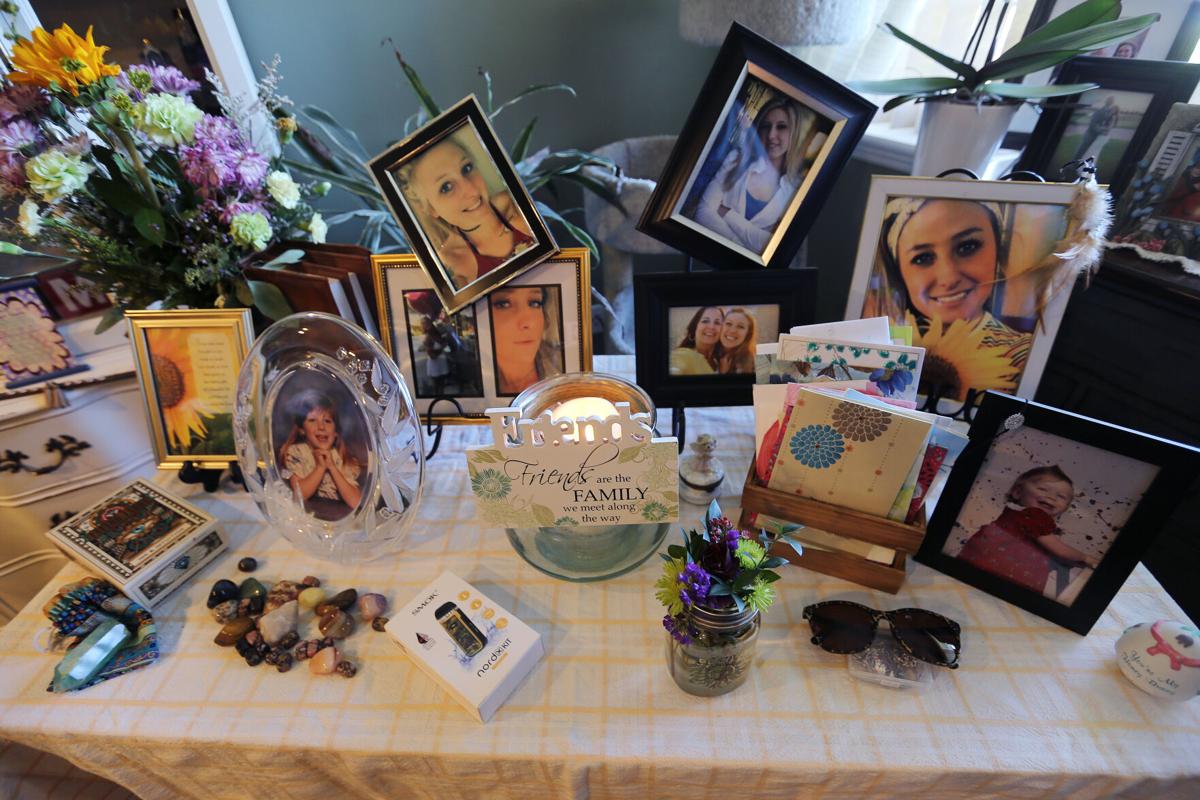 Brian and Kier Butterworth assembled photographs and mementoes in their home belonging to their daughter Heather, who recently died from a fentanyl overdose. 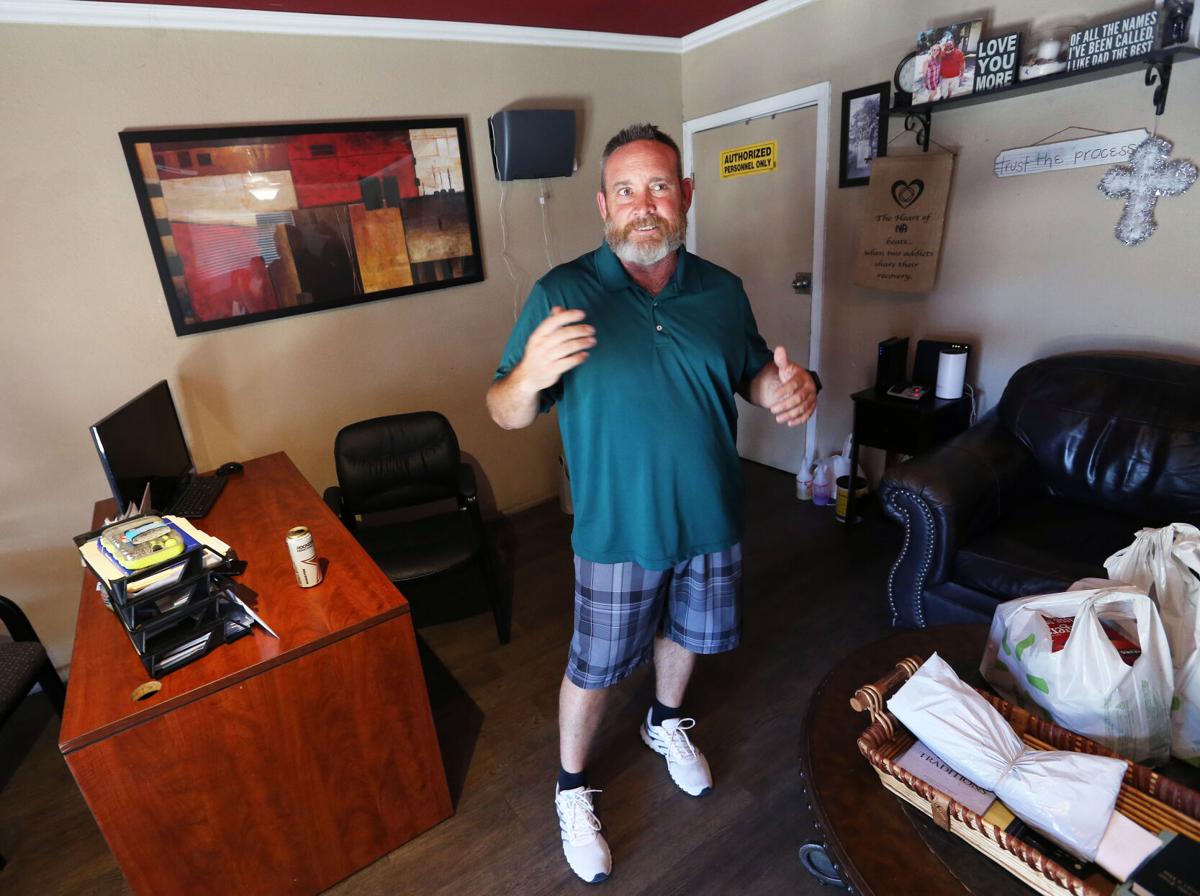 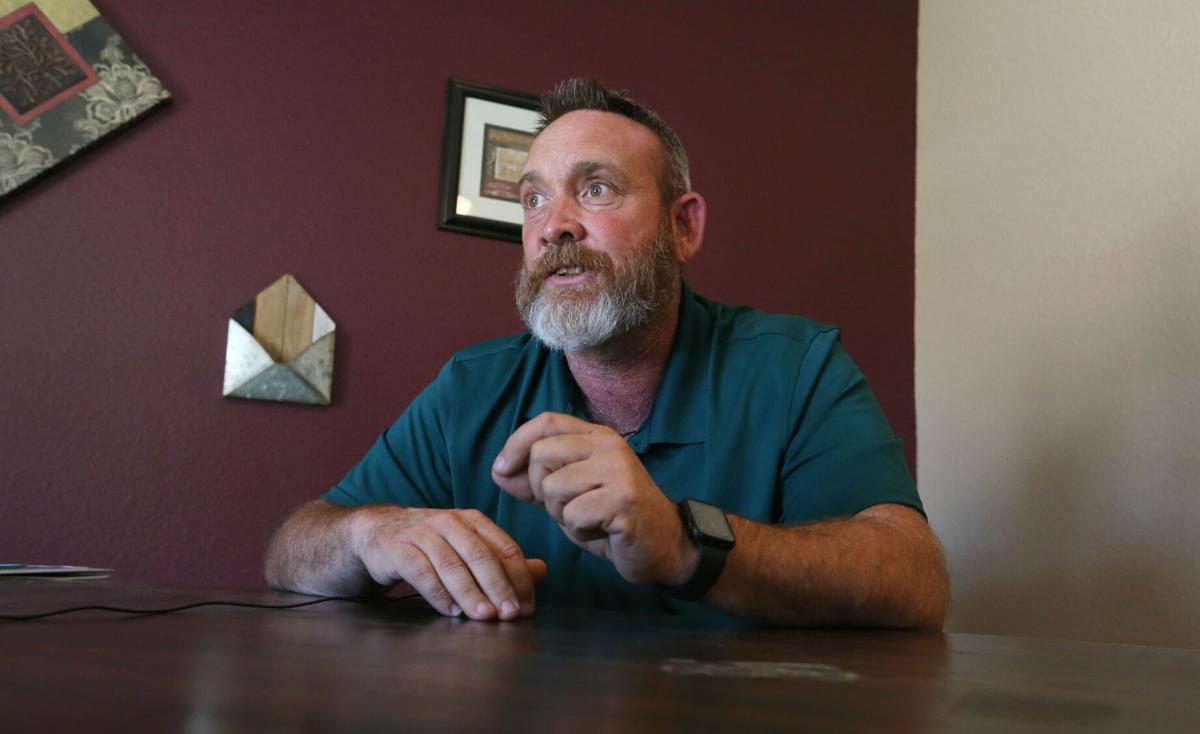 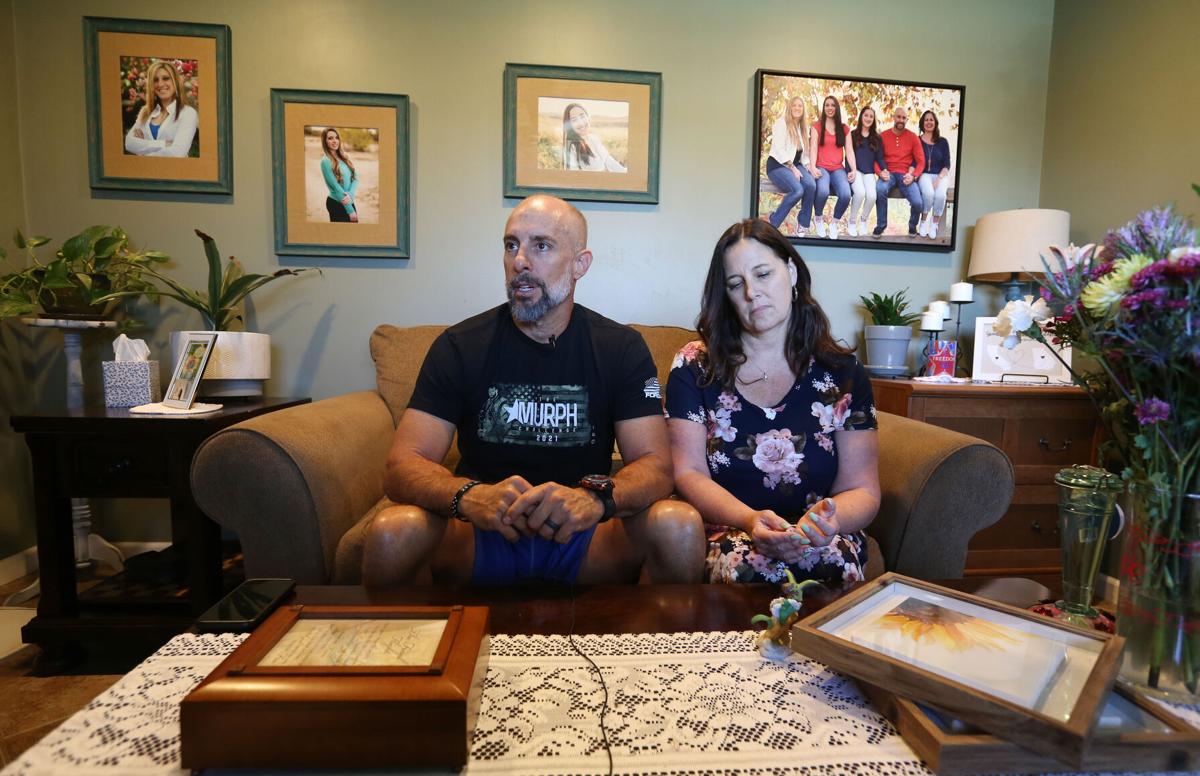 Brian and Kier Butterworth assembled photographs and mementoes in their home belonging to their daughter Heather, who recently died from a fentanyl overdose.

The road out of addiction was treacherous enough without this. The mountain was high enough, the dangers along the trail more than sufficient. Then this.

Chemistry, greed and deceit conspired to give the world street fentanyl. Not the pharmaceutical gift that eases suffering in hospitals and on battlefields, but its cousin, a less meticulously formulated version with the ability to capture and kill like few before it.

Fentanyl is a synthetic opioid 100 times more powerful than morphine and 50 times more powerful than heroin, and today it is literally everywhere in the illicit drug market, often posing as heroin or commercial painkillers that carry an air of legitimacy, like oxycodone or Percocet. Lately, because it’s so cheap to produce, the profit margins are so huge and the high is so satisfying, it’s even turning up outside its chemical family, in cocaine, crystal meth and counterfeit Xanax.

Fentanyl is the trap that ensnared Heather Lyn Butterworth just as she had nearly tunneled out of a decade-deep hole. Maybe she had fooled herself and everyone else into thinking she really was close to escape. Maybe she truly was, but she had turned back for one more high, just for old time’s sake. Maybe it was both, because with profound drug addiction it so often is.

In any case, on May 21, 2021, Heather Lyn Butterworth, a 30-year-old graduate of Bakersfield’s Centennial High School, died of a fentanyl overdose. Her body was discovered locked inside the bathroom of her apartment at The Third Tradition Sober Living, a campus of roughly 50 modest single story-units where she had lived for the previous 70 days. In that time she had progressed just well enough to inspire glimmers of hope — in her family, in her boyfriend Dan, in her caretakers — and had quite possibly saved another addict’s life along the way. But that’s opiate addiction, which teases and taunts before it delivers a verdict.

At least heroin and most other drugs offer some predictability. Some. Illicitly manufactured fentanyl, though, is Russian roulette: the substance is so potent, a mixture of the active ingredient and its cutting agents need only be off by a few micrograms for a desirable high to instead end in death.

And an uneven, miscalculated batch, possibly in combination with a lower tolerance level created by several days of sobriety, could well have been what killed Heather.

The Butterworth family doesn’t look like the type that would produce a fentanyl user — whatever that means. The Butterworths — parents Brian and Kier and their three adult daughters — are intelligent, solidly middle class, athletic, attractive people. Totems of faith and patriotism decorate their walls. Near the front door is a grouping of photos that underscores those values: Brian, impossibly young and earnest, smiles in his Navy seaman’s blue; a few inches to his right, daughter Brenna, now, 25, is similarly upright and proud in her crisp Air Force airman’s uniform. They’re 25 years apart, but here, framed side-by-side on the home’s entryway wall, they’re both 20.

Family photos and mementos are throughout the house, all the way down the hall toward the bedrooms. Military certificates and souvenirs, flags and flag motifs, dad pictured on water skis, the kids at various stages of life. In the living room, a large photograph of the five of them — Heather, Emmie, Brenna, Brian and Kier — leaning against a wooden railing, all wearing blue jeans, holding hands; a few feet away from that framed photo, in a dark-stained hutch, are bottles of Mrs. Butterworth's syrup, a silly, fun nod to the family name.

No family is perfect, but the Butterworths might have deserved consideration. And yet here they were.

“Before all this, in my young life, I had this Hollywood, typical stereotyped vision of what a drug addict was,” Brian Butterworth told me Friday, the day before his daughter’s memorial service. “Right? Wandering the streets. They’re dirty, nasty, ugly, mean, messed up in the head.”

One of his first lessons on the fallacy of that stereotype was a group counseling program he attended years ago with Kier and Heather.

“We would see this young lady and this older lady at all these meetings and I remember thinking, ‘Wow this grandmother is the only one left who cares enough to see that this kid has some hope of recovery.’ No, it turns out I had it completely backward. It was the grandmother who was the addict and the grandchild who was the only one willing to give her any time.

“So, yeah: Anyone can become a drug addict. I was totally ignorant, thinking that you could always pick a drug addict out of a crowd.”

And if anyone can be a drug addict, any family, even ones with spotless kitchens, playful border collies and new grandbabies, can raise them.

Heather’s trouble started just after high school: a drinking problem and then, at 20, a DUI. She smoked pot too, but then about five years ago, things took a darker turn — heroin. Brian and Kier put up with it for as long as they thought they could before kicking her out. There were all the typical fights and temper tantrums, dishonesty and exasperation, interspersed with periods of calm and hope. Heather went into rehab 13 times, by her parents’ count.

One place that provided some hope and solace was Third Tradition, a sober living facility tucked into a quiet, almost hidden cul-de-sac near Real Road and Belle Terrace. Executive Director Marc Smith — a former addict himself, as so many are — saw great promise in Heather.

“She had an infectious smile,” Smith said. “I've been doing this for 14 years and I can tell you her will to change, and to be something, was there. She always wanted to be more.”

Now, in recent weeks, he had been especially encouraged. She wasn’t just taking responsibility for herself, she had emerged as something of a role model, a leader, to the other 25 or so women staying at the facility. When an addict telephoned Third Tradition, saying she was in bad shape and stranded in Tehachapi, Heather had jumped in a car, driven 45 miles east, fetched her off the street and brought her back to Third Tradition. Heather, the young woman later told Kier, had saved her life.

“Her process was always: doing well, relapse, doing well, relapse,” Kier Butterworth said. “This latest recovery was our longest with her — a year and a half. She was doing really well. There’s no real reason for this to have happened, so it just shows how crazy addiction can be. She’s doing well, she has a car, she has a dog, she has a job, she finally has all the things you would hope she should be working toward. And then this.”

It’s impossible to know how Heather might have fared if she hadn’t locked herself in her bathroom that day, placed a counterfeit Percocet on a small square of aluminum foil, heated it with a lighter and, with a cutoff straw on her lips, allowed the vapor to seep into her mouth — chasing the dragon they call it, for the snake-trail of burned tar the flame leaves behind.

“There's evidence they can see where (users) start to do the drug, and they don't even get to finish,” Brian said. “It's only half burned and then it just hits, and boom, it's over.”

“She didn't finish a quarter of it,” Kier said.

It’s impossible to know if it were simply some momentary weakness, a temptation she would be able to push away next time, or if Heather would always be trapped in this cycle of addiction and recovery, addiction and recovery. This much is certain: With fentanyl, an immensely profitable, dauntingly addictive, relentlessly unforgiving active ingredient in a new generation of illicit opioids, the chances were not as good as they once might have been.

As a firefighter friend of Brian’s recently told him about the surge of fentanyl overdose calls they’ve been getting of late: “I wish they’d just go back to heroin.”

All the more reason for the Butterworths to join the chorus of families shattered by the Sinaloa cartel’s most destructive export yet: If ever there was a time for people to turn away from that first temptation, that first offer of a cheap, easy high, this is that time. Fentanyl is here and its tragic toll is growing, not slowing.

Watch Robert Price’s special five-part series on KGET 17 starting Monday on the increasing use of fentanyl in illicit drugs in Kern County and across the U.S.: How it’s manufactured, why it’s so much more deadly than previous generations of opioids, and what we can do about it.