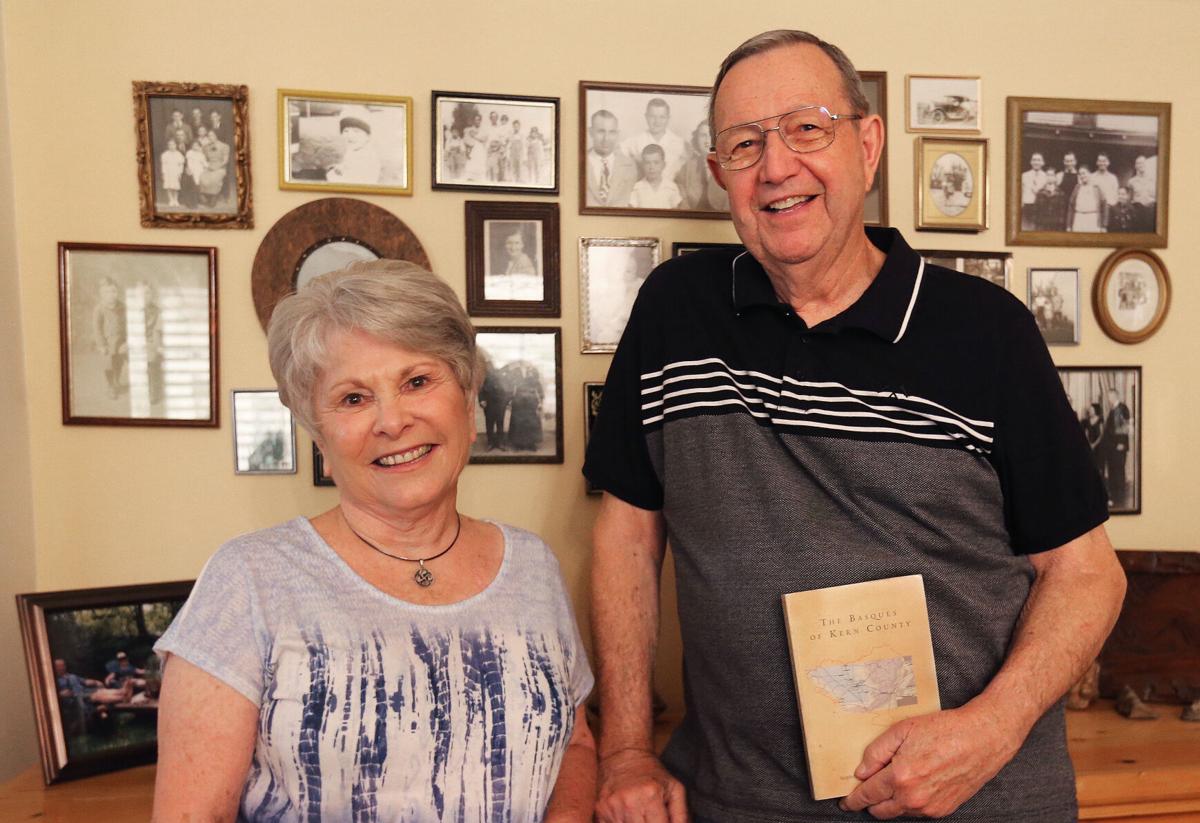 Judy Bass is Basque and Steve Bass wrote a book, "The Basques of Kern County," about recent deaths of local Basque elders and the next generation's determination to preserve the Basque culture. 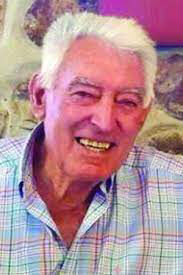 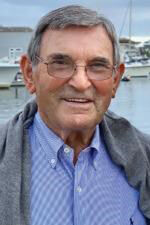 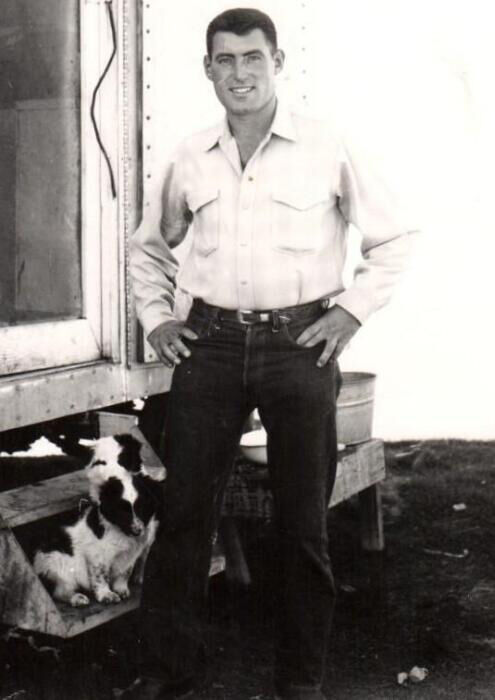 Miguel Iturriria in the 1970s. 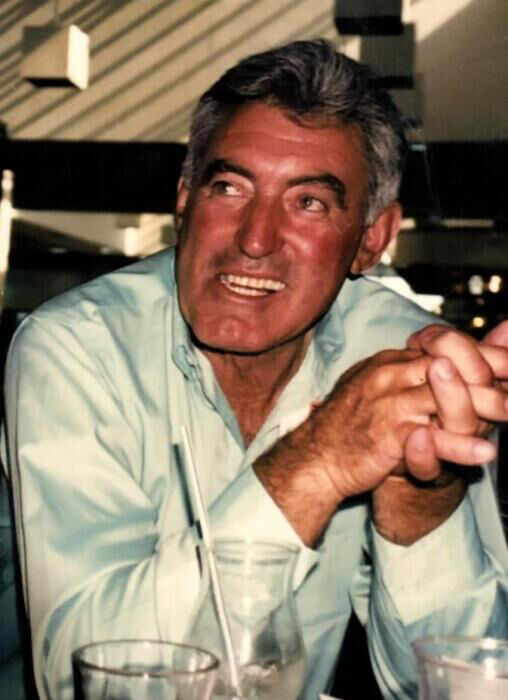 Judy Bass is Basque and Steve Bass wrote a book, "The Basques of Kern County," about recent deaths of local Basque elders and the next generation's determination to preserve the Basque culture.

Miguel Iturriria in the 1970s.

It was a daunting adventure for two teenage boys, but brothers Francisco and Miguel Iturriria, 18 and 17, had each other.

They also had some realistic hope of stability on the other side of the ocean, thanks to their oldest brother, Andres, who was already in America. Jobs awaited, they’d been told. Beyond that, they knew little of the United States or this new city, Bakersfield. Only that Bakersfield, too, had sheep. And Basques.

Eventually five Iturritia brothers, all from the village of Ortiborroa, in the Spanish Basque province of Navarra, would come to Bakersfield. They would work, marry, work harder, start families, thrive, retire.

And, in 2021, die: Francisco, known as Paco, and his brother Miguel, passed away six months apart, both at 86.

“It's like they came to America together and they basically left together,” said Teresa Iturriria Echeverria, a niece.

“It’s just time — the passing of the baton, of a generation,” said Paco’s son Frankie, a ranch director for Grimmway Farms. “It’s life.”

The eight elder Basques were among the keepers of local Basque tradition — Basque food, Basque music, Basque dance, Basque dress, Basque competition, and, perhaps most important, the Basque language in several of its many regional permutations.

Now the challenge to those who remain: Uphold those traditions. Keep them, honor them.

They say they will. Have been already.

Self-identified Basque Americans (vasco estadounidenses, if they’re from the Spanish side of the Pyrenees mountains, Basco-Américains if they’re from the French side) numbered only about 58,000 in the 2010 U.S. census, including 18,000 in California and just over 1,000 in Bakersfield. In the case of Bakersfield, at least, it seems like more — many more.

Perhaps it only seems that way because the Basques are, by nature, social, and very public about it. Except for sheepherding, which can be a desperately lonely undertaking, many have been associated with entertainment, leisure and hospitality.

One of the first prominent local businesses run by a Bakersfield Basque family was, essentially, a hotel-restaurant. The Noriega, founded in 1893 by Faustino Noriega, who beat the railroad here by six years, and partner Fernando Etcheverry, catered to imported Basque sheepherders, who occupied the upper floor.

But it was the food on the ground floor that endured: Noriega’s boardinghouse-style seating arrangements usually assured that complete strangers forced to share platters of garlic fried chicken and pickled tongue would be strangers no more by meal’s end.

The Basque Club, which occupies the hall on South Union Avenue previously known as the Rainbow Garden (and later Harmony Garden), has also been an important place for the preservation of the culture.

And all of them have, when appropriate, opened their doors to the rest of us.

“The culture evolved (in a vacuum) due to their (geographical) isolation in the Pyrenees mountains, and their unique customs and their dancing and their singing all were a part of that (isolation),” said Steve Bass, who literally wrote the book on the subject, 2012’s “The Basques of Kern County,” co-authored with the late George Ansolabehere. “They only shared that culture recently with the rest of the world.”

Now the page has turned. The generation that immigrated from the old country, or were born here to new, young immigrant parents, has been fading for years, but the last 12 months has been a landmark for loss — in some cases hastened by COVID-19, in some cases not.

Marcel Membrede, born in Bidarray, France, came to the U.S. at 18, worked as a sheepherder, was employed by the Pyrenees Bakery for 34 years, and served as both president and vice president of the Basque Club. He died Sept. 8 at age 81.

Josephine Larrainzar Rittenhouse, the daughter of Spanish Basque immigrant sheep ranchers, began her 36-year teaching career in 1946 and was said to be the first local Basque to enter the field of education. She was the county’s teacher of the year in 1962-63. She died Aug. 9 at 95.

Albert Michel Goyenetche immigrated to the U.S. from Ainhoa, France, at age 16 with his brother Jean Pierre. He ran a dairy in Chino, where he was a founding member of that city’s Basque Club, and moved to Bakersfield in 2000, where he served on the local Basque Club board of directors. He died May 7 at 75.

Juan Goyeneche was born in Elizondo, Navarra, Spain, a scant 15 miles and one missing “t” from Goyenetche’s French village of Ainhoa. He came to the U.S. in 1961 and worked in sheep ranching virtually his entire life. Goyeneche died March 15 at 85. He, too, was a decadeslong member of the Basque Club.

Dominique Bordagaray taught college-prep and honors English at Garces Memorial High School for 15 years, coached Academic Decathlon and soccer, and later taught special education. He was on the Basque Club's board of directors, oversaw the scholarship program and washed a lot of dishes after Basque Club events. He died from complications of COVID-19 on Jan. 4 at age 72.

Jeanne Castanchoa Costerisan, raised on a sheep ranch north of Bakersfield by recent Basque immigrants, was best known in the Basque community and beyond for her 30-year stint as a hostess at Wool Growers. She died last Nov. 25 at 70.

The local Basque community has been gathering often — too often — as a result.

“The funerals are so moving because the Basques are a very lyrical (people),” said Bass, who married a local Basque girl, Judy Errea, 57 years ago.

“At almost all the funerals they have a Basque choir — there’s three or four women who are beautiful singers ... and the whole church sings the same song. And it’s absolutely — well, I’m getting choked up right now — absolutely amazing.”

And the broader significance of those funerals is not lost on the second- and third-generation communities, Bass said.

“We're losing the pillars of our Basque community,” said Echeverria, whose brother Freddie Iturriria still runs a sheep-ranching company with their father, Fernando Iturriria, Paco and Miguel’s brother. Fernando, the last surviving of the five Iturriria brothers (Andres died in 1988 and Antero in 1995), turns 85 today.

Josette Daramy McCrary, also raised in a local Basque family, said she has committed herself to raising her now-grown children in that tradition.

“We danced, my brother and I, and my brother did Klika (a drum and bugle corps) as well,” she said. “I continue to teach Basque dancing to the youth now because there’s very few of us that know the Basque dances.”

Frankie Iturriria says Basques are determined to uphold their culture.

“The customs are taught to the immigrants’ kids, and now it’s their grandkids, and the generations are continuing on,” he said. “And we hope to continue it for a long time to come. There is a group of young Basques that are committed to doing that, fortunately. You were taught a certain way — you don't disappoint your parents.”

Bakersfield is down to only about three Basque restaurants, a step back from the heyday of 30 or 40 years ago, but the Basque Club — COVID notwithstanding — is still thriving.

Normally, as summer gives way to fall, it would be time for the popular Basque Club food-and-drink booth at the Kern County Fair, which runs through next week. The club opted out in 2021.

This year, mus will have to suffice.

That’s the old country card game (pronounced “moose”) that will be the chief reason for socializing Oct. 2 at the Basque Club. It’s essentially poker with partners, to grossly oversimplify the game.

That’ll be a precursor to an Oct. 30 North American Basque Organization mus regional finals tournament, also at the Basque Club, with teams coming to Bakersfield from throughout Southern California.