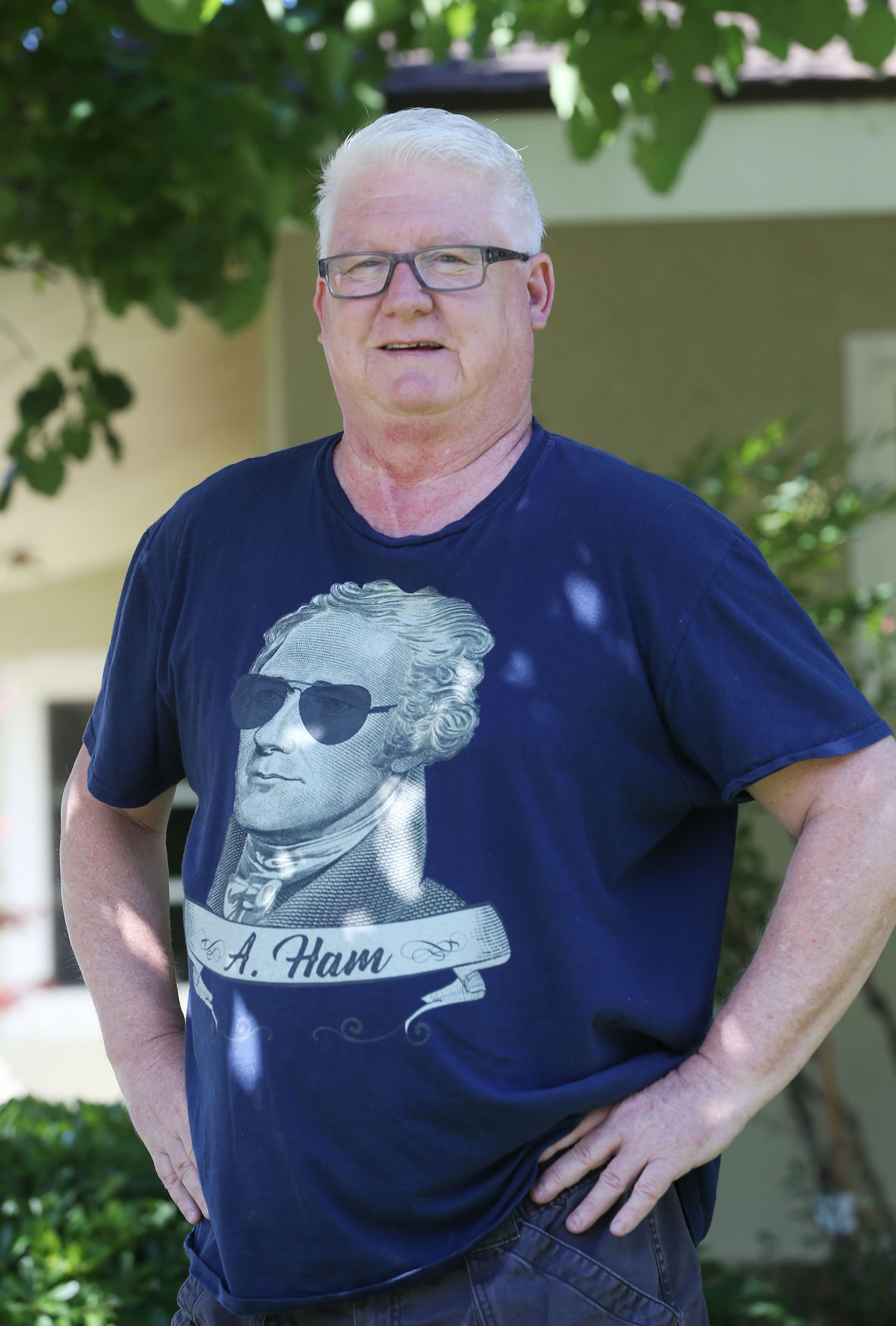 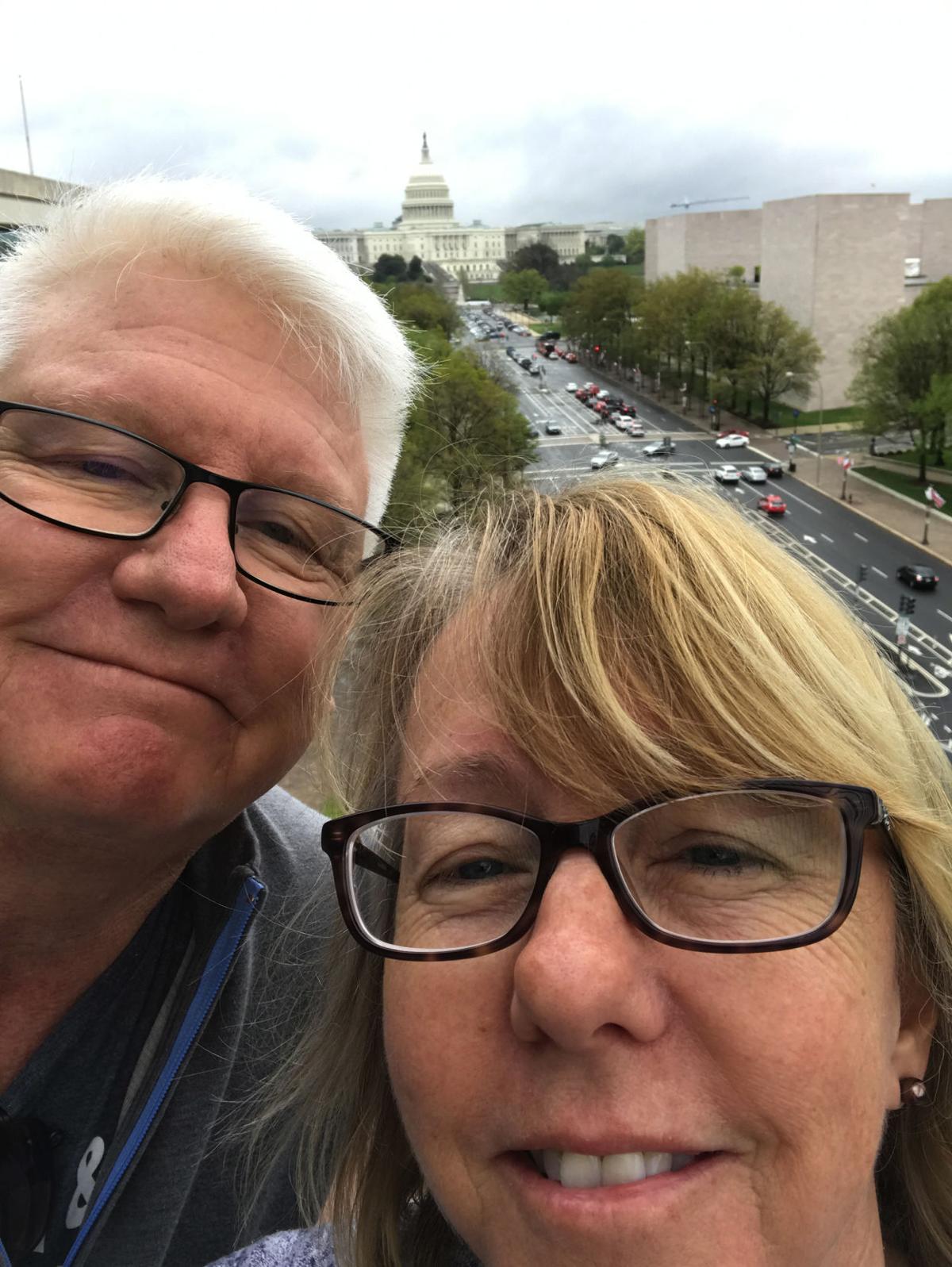 With the Capitol in the background, Kern High School District teachers Terri and David Richmond took this selfie photo during a trip to Washington, D.C. 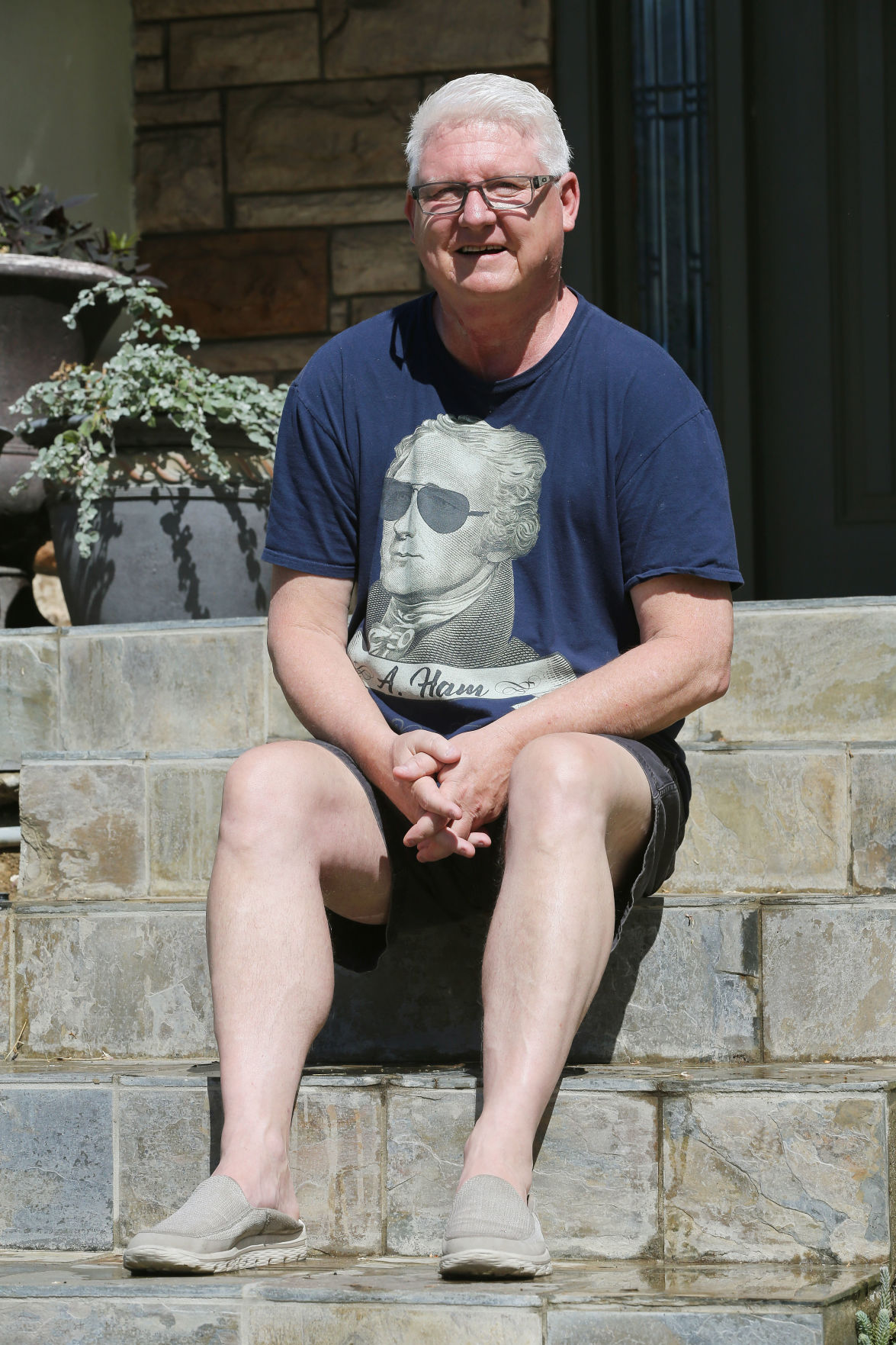 With the Capitol in the background, Kern High School District teachers Terri and David Richmond took this selfie photo during a trip to Washington, D.C.

We interrupt this pandemic, and these street demonstrations, and this tragicomic political theater of the absurd, to bring you this announcement:

Hope still has a pulse.

I know, it comes and goes. It gives way to surges of anxiety and anger, confusion and withdrawal, but a stabilizing influence invariably restores it: Our collective faith in the original game plan. Our confidence, wavering though it often may be, that this country works. If we let it.

Fortunately, David Richmond and educators like him, past and present, have given that hope weight.

Richmond has spent four decades explaining the art of democracy to teenagers, maybe of whom, despite being teenagers, apparently absorbed it.

Now, as he retires from the Kern High School District and most recently Centennial High School after 35 years as a history and government teacher, Richmond can ponder the various indicators of his relative success.

Certainly, Richmond has the hardware to support any boast he might uncharacteristically utter. When it comes to the academic Constitution-based competition known as We the People, coach Richmond is Bill Belichick without the cheating scandals. Over a 16-year run starting in 1987 — the year he helped bring We the People, then a new program, to California — his teams at East Bakersfield High and Centennial won 14 regional championships, four state championships, four top-10 finishes at the national finals and two top-three finishes.

“I don't know if there's been another competitive program that has been as successful as far as state championships go,” says Richmond, who taught at East (1984-94), Centennial (1994-2006), and, after a five-year stint as the state director of the nonprofit Center for Civic Education, Arvin High (2009-12) and Centennial again (2012-20).

“... Bakersfield is not known around the country as an academic or intellectual hotbed, and if you look at the bigger schools we’ve had to go up against in California, on paper it would be like Cal State Bakersfield going against USC in football. We went up against schools that had more National Merit (Scholarship) finalists in their senior class than we had in the entire county.”

And, as often as not, beat them.

Evidently something else was in play. Leadership, perhaps.

That’s something not as easily measured by trophy counts or esoteric scoring systems. So, consider this evidence, too: On May 23, Memorial Day weekend, 50 festooned carloads of students, former students, parents, colleagues and friends staged a surprise, drive-by celebration of his career — a sign-of-the-times version of the pre-COVID testimonial dinner. His wife, Terri Richmond, a history and government teacher at Golden Valley High School, set it all up. Richmond took his car for a solo spin afterward to let his tears dry.

“The thing I miss most and (that day) brought to the surface ... is having that personal moment with students,” Richmond says. “As the cars rolled past my house ... I was so frustrated and angry that I could not hug them, could not give them high-fives. See, that was part of my teaching personality. As tough and challenging as I could be, I never hesitated from putting my arm around a student who was struggling, never hesitated from sharing a high-five with a student who had just seen the light.”

That’s a frustration he surely shares with a sizable portion of the nation’s 3.4 million teachers. Late May/early June is send-off time; even if the teacher is not retiring, many students are graduating, and the challenges and triumphs of their four years together, or whatever it might have been, demands acknowledgment and summation. But not in 2020, thanks to the pandemic.

This year, Centennial said goodbye to two others with Richmond-like credentials.

“There are three of us who are retiring who were part of the early group that went to Centennial in the first couple of years when it opened and, combined, the three of us have over 100 years of teaching experience,” Richmond says. “So in some ways it's gonna be a little bit of a hit at Centennial.”

Craig Austin, the nationally recognized forensics coach and 2013 inductee into the California Speech Hall of Fame, is hanging it up, as is English teacher Jennifer Rush Tucker Rivera, who cared about the students in her basic literacy classes as much as the high achievers in her university-level AP courses.

Richmond, who coached We the People teams from 1987 to 2003 at East and Centennial and helped out for years afterward at other schools, including Arvin, deals with a broader exasperation, too. It’s not quite a sense of defeat, but a recognition that Americans, as scholars of and participants in democracy, are in a period of decline. Call it a slump, to be generous.

“Some of the weaknesses of our civic culture are being revealed,” Richmond says. “... Let's look at those countries with self government, representative government, individual rights. Let's look at where that doesn't exist and where it may have existed but it's died out. It doesn't die out from external enemies. It dies out because the people lose their sense of citizenship and participation, their sense of a common identity and a common purpose.

“Even though we're diverse, the whole basis of our system was this notion of a republic in which ... (our) commonality would not be race, it would not be religion, it would not be ethnicity. It would be the civic values, as established in our founding documents. As we move farther away from civic education and (the principles set forth in) those documents, we start to see our society, our democratic system, begin to fray.”

It’s a frustration he shares with wife Terri, who has been a highly successful and influential We the People coach herself, at Golden Valley and at Foothill before that: We're taking democracy for granted.

“The one thing we just can't assume,” he says, “is that it's always going to be here. We can't assume that it's organic and that it exists naturally. It's something that you have to constantly work at. And if history is any guide, we know that systems of government come and go.”

So what’s a veteran history and government teacher to do now, retiring at a time when one constitutional crisis or another always seems to be lurking around the corner? Golf, Richmond says, unconvincingly.

“I still love teaching,” he says. “I still got up in the morning and looked forward to doing my job. But it's changed a lot. ... And so I think I'm ready to go. I think it's the right time. But I'll be honest, there's still this voice inside of me that says, ‘My God, what am I going to do?’ I'm going to miss this tremendously.”

Commitment to the founding ideals does not simply retire to the golf course. Sense of mission does not just dissolve at the final bell.

Especially now, when America so badly needs to nurture its pulse.

"But I'll be honest, there's still this voice inside of me that says, ‘My God, what am I going to do?’ I'm going to miss this tremendously.”

Dave . . . @ 61, like the rest of us (even older . . . much older), back up your 'shipmates' (sign up to 'sub'), engage public service politically, offer your expertise to those in Bako and Kern admin to enhance their (historic?) politically savvy . . . beyond those teens . . . some who listen . . . some who listen and understand . . . while avoiding those who refuse your good advice, knowledge & experience.

Retirement just means a person now has the time to write a book about what they know! This man could probably publish his own encyclopedia of historical facts! I'd buy his book, if he should choose to write it.

It's a huge loss when someone like this teacher retires and is replaced by someone who values identify politics, gender issues, over civics. Thank you for all you have done. You will be missed greatly.

Nice. Rings true. Thank you long time educators . And thank you for the article.