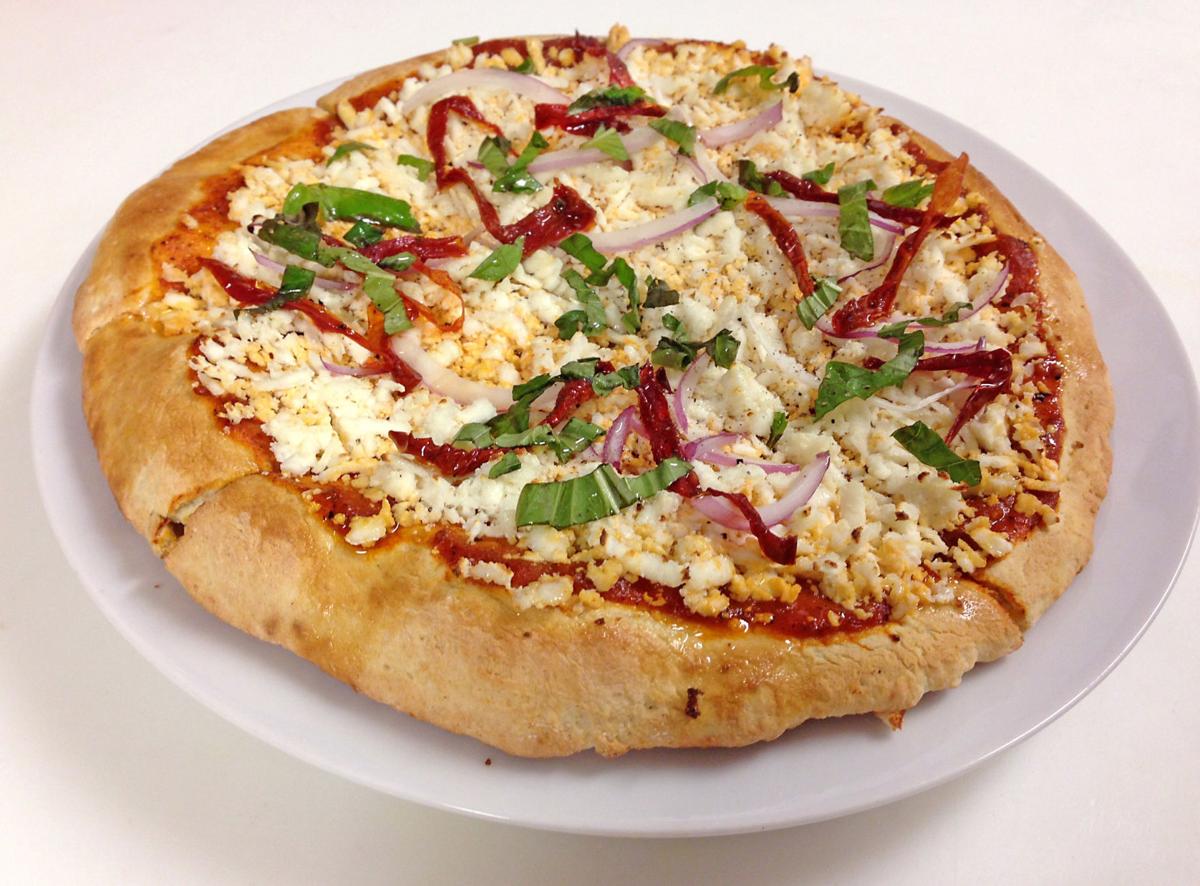 The Red Dot Pizza at the Red Dot Vegetarian Kitchen. 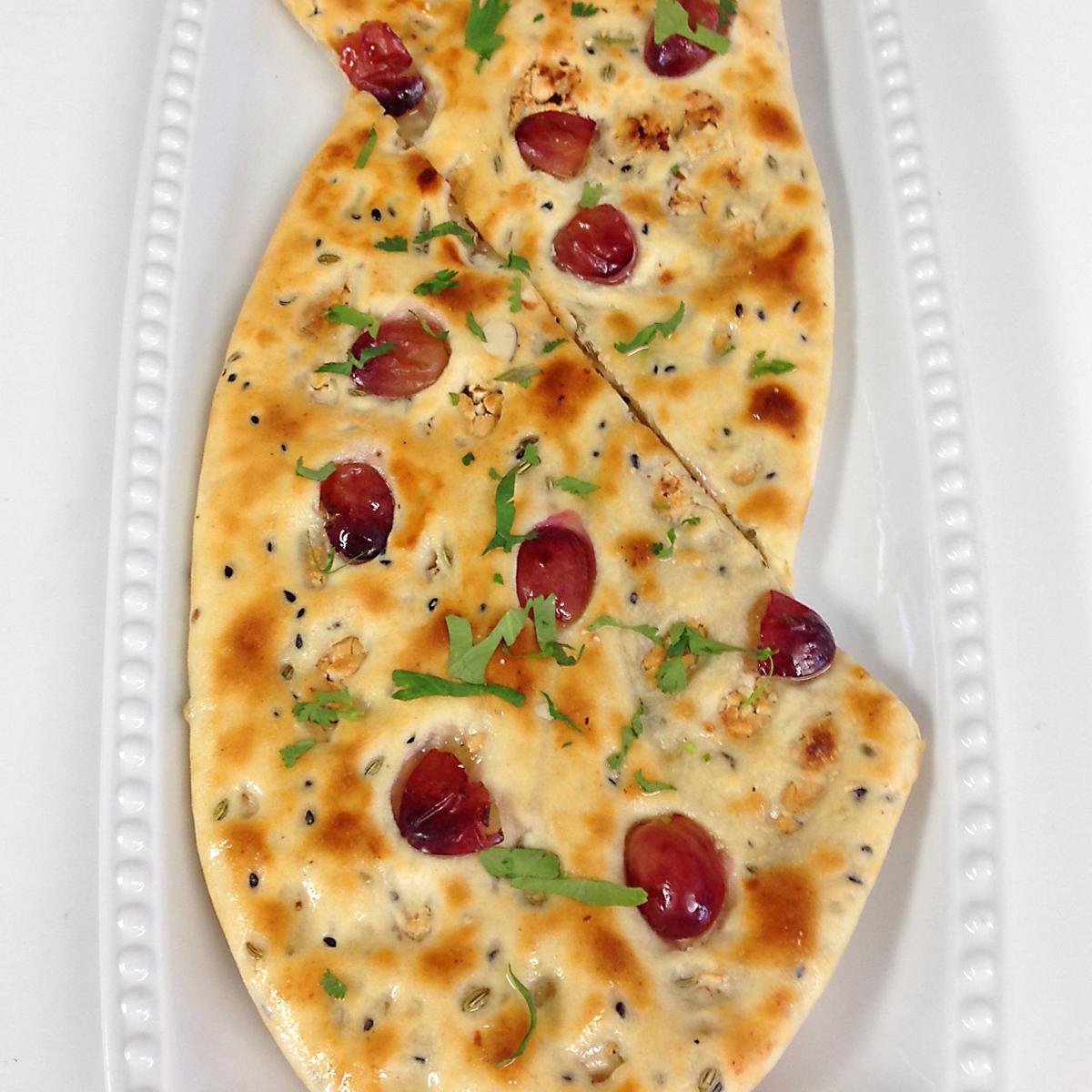 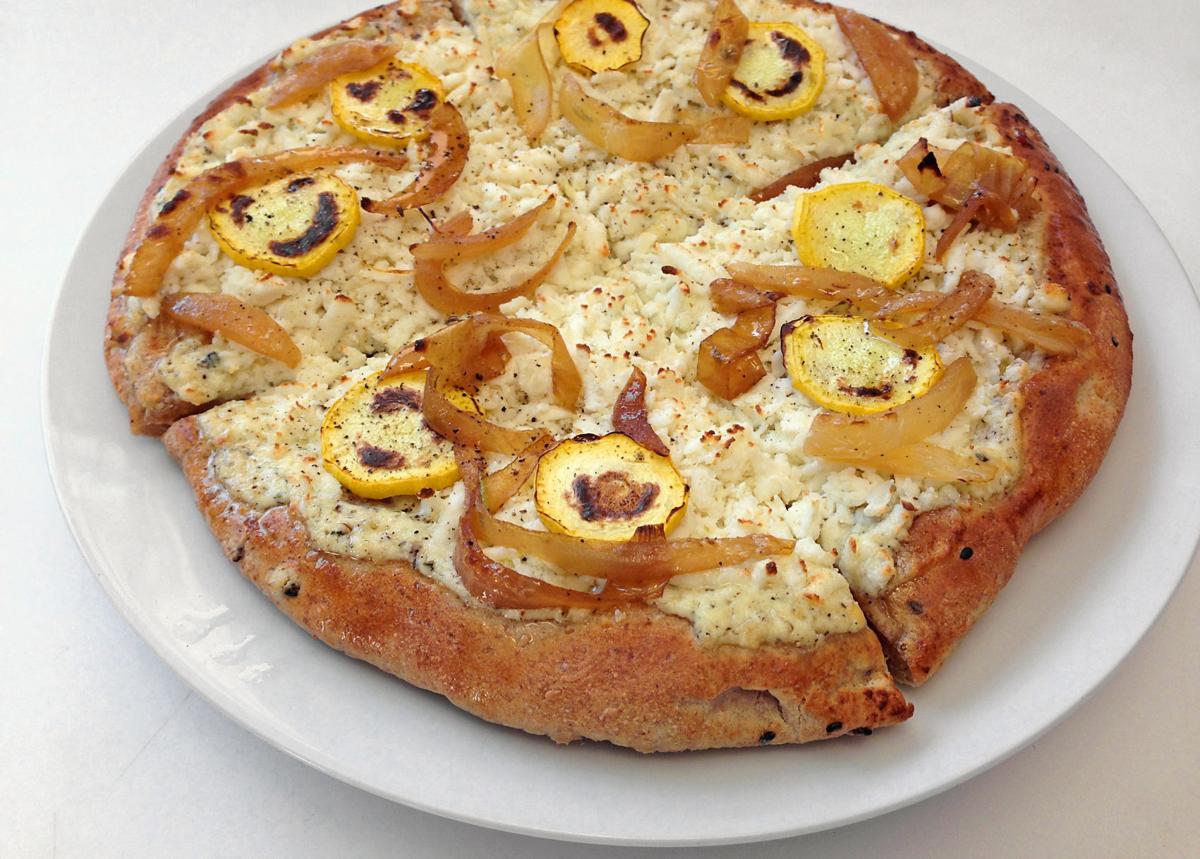 The Golden Pizza at the Red Dot Vegetarian Kitchen in Frazier Park. 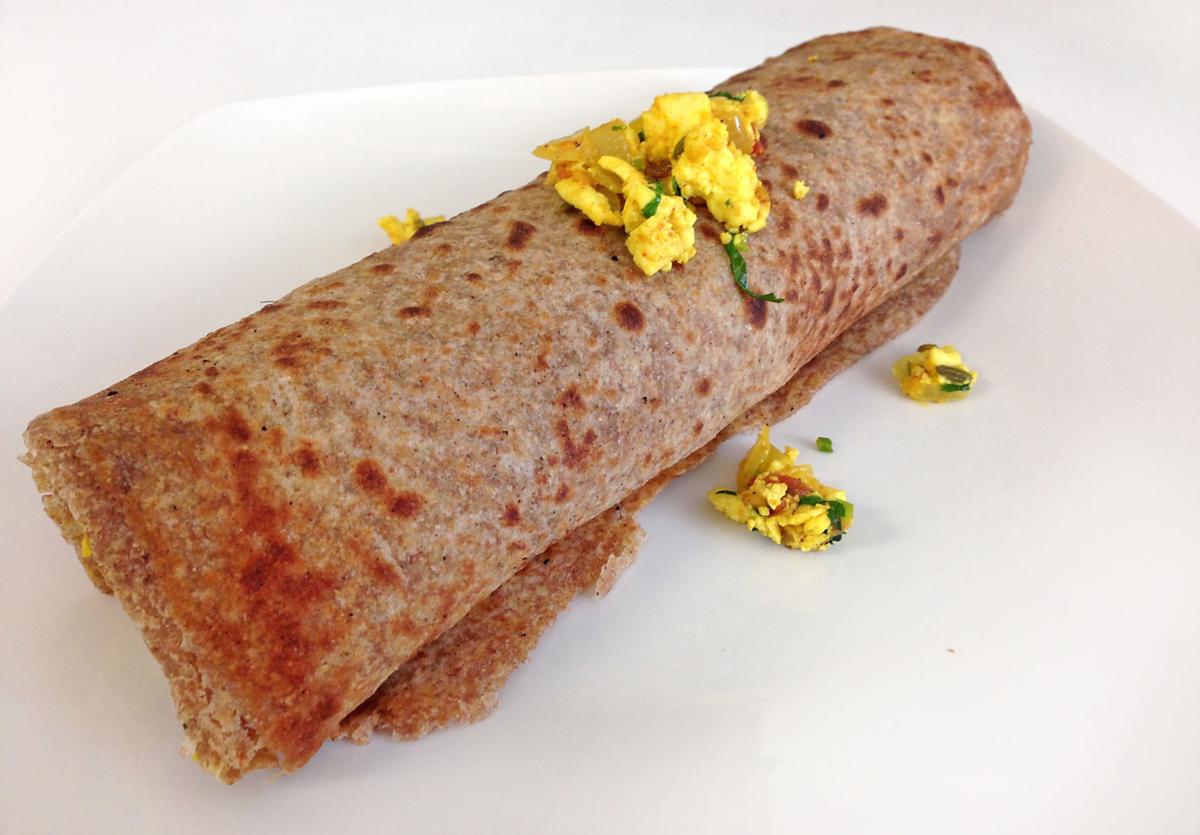 The Breakfast Paratha Wrap at the Red Dot Vegetarian Kitchen in Frazier Park. 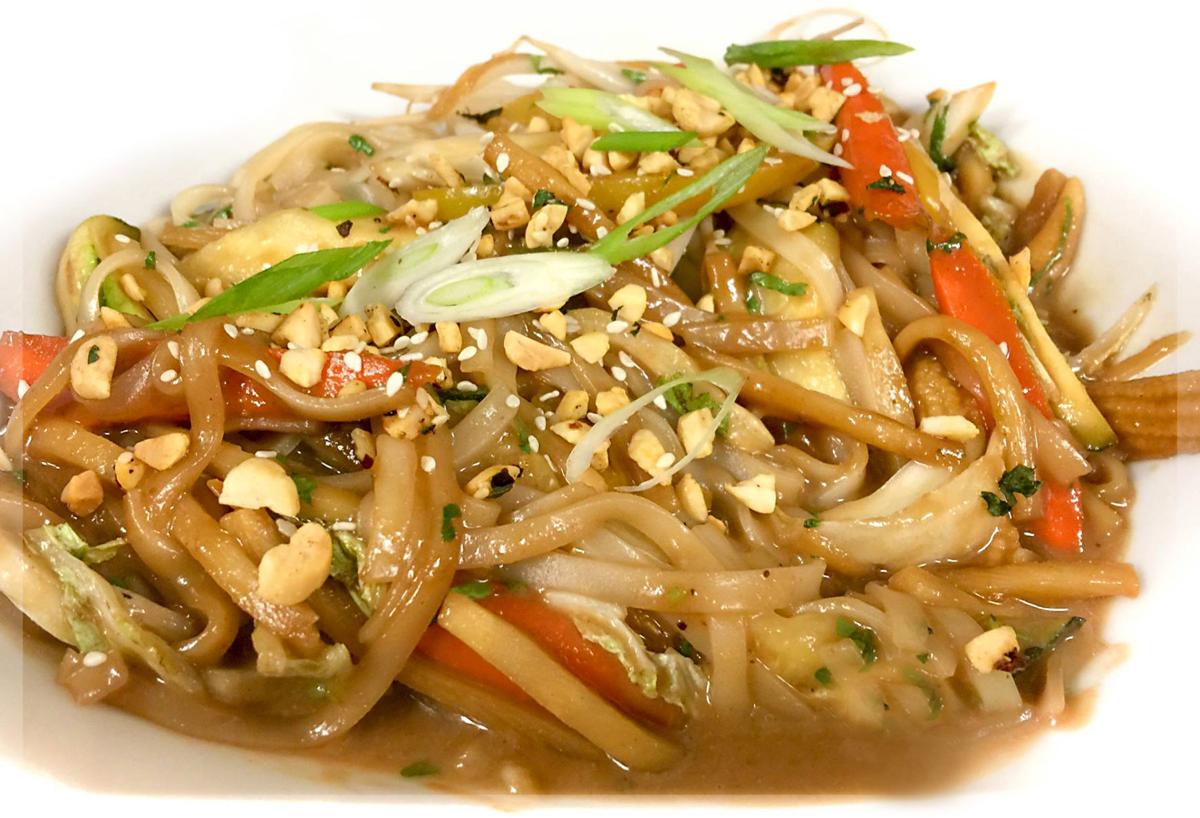 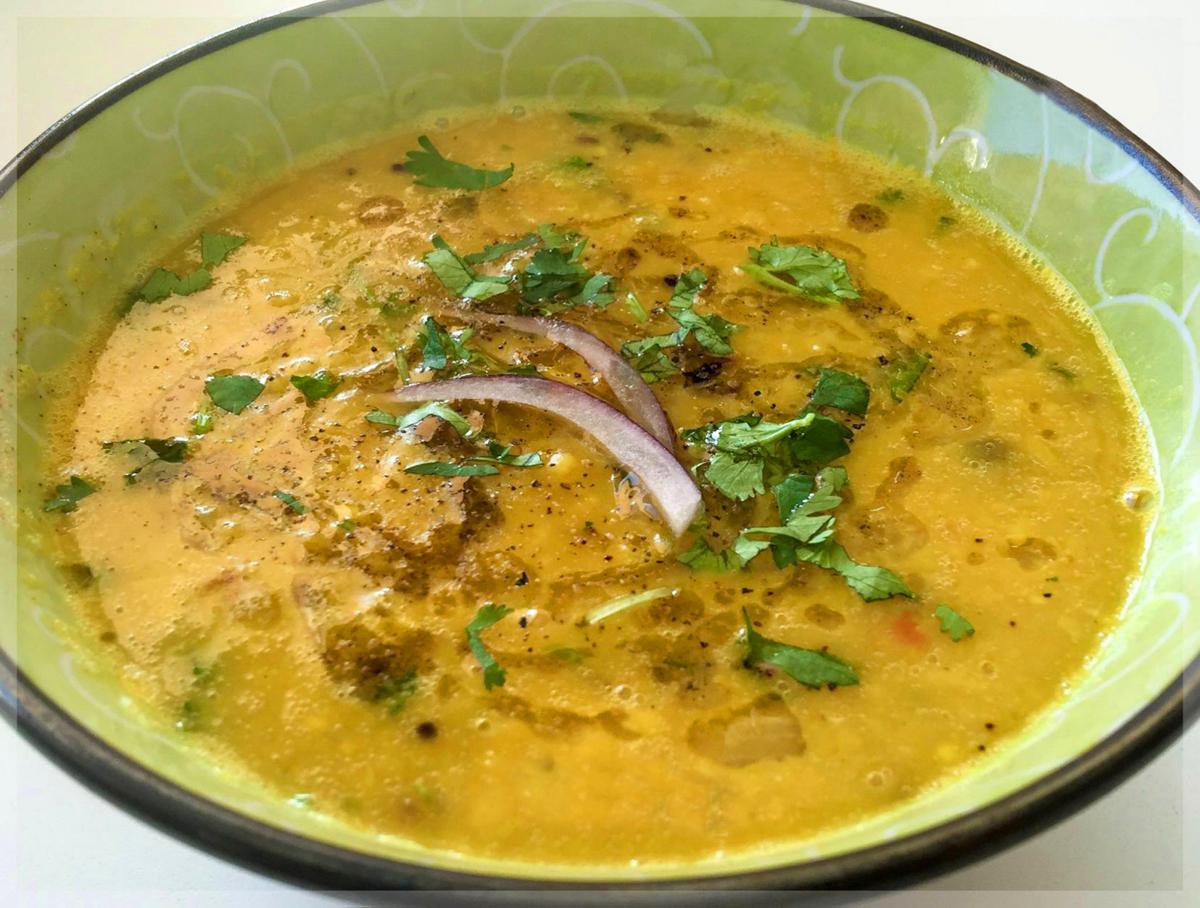 The Red Dot Pizza at the Red Dot Vegetarian Kitchen.

The Golden Pizza at the Red Dot Vegetarian Kitchen in Frazier Park.

The Breakfast Paratha Wrap at the Red Dot Vegetarian Kitchen in Frazier Park.

Every once in awhile I read about foods of the future, and when some expert isn’t insisting we’ll soon be eating crickets and other bugs instead of meat, they usually bring up jackfruit.

Jackfruit is interesting. Supposedly it’s food for the poor in India, is grown all over Asia, has a strong fruity aroma that’s been described as a cross between bananas and pineapples and can be prepared in such a way that it’s a dead ringer for pulled pork. Pulled pork made from fruit? I’ll wait for that to show up at Trader Joe’s.

In the meantime, those of us willing to drive the I-5 can frequent a very special vegetarian restaurant, Red Dot Vegetarian Kitchen in Frazier Park. Earlier this year, a San Francisco newspaper named this humble, tiny place one of the best restaurants to stop at while driving on the interstate. They described it as “a cozy vegetarian restaurant where you can enjoy a bowl of homemade lentil soup, some tofu curry and a mug of steaming chai.”

Red Dot has a menu with all sorts of vegetarian delights and some meat substitute dishes, such as fish-less tacos or beef-free Mongolian stir fry. I went with two granddaughters of a vegetarian who are currently not of that persuasion, but after a wonderful meal here, they’re rethinking their life decisions. That’s how persuasive the food at Red Dot can be.

We sampled a variety from the Indian-influenced menu, including a pad Thai ($11), lentil soup known as dal ($6), split pea soup ($8), a cheese pizza made with cheese substitute ($12) and two naans (Indian bread): garlic ($4.50) and Kashmiri ($9). Everything impressed, starting with the soups.

The lentil had red pepper and purple onion floating on top, with sautéed squash and zucchini floating in the split pea. The active spice mix in both suggested a curry that would make anything taste enticing. These are not your ordinary soups, and the Indian breads were a perfect match. If you can, order the Kashmiri naan, which is stuffed with cashews, almonds, sweet coconut and, on top, slices of fresh grapes. The alarming contrast of textures and tastes found in this wonderful, warm bread is really symbolic of most of what comes out of the Red Dot kitchen. It’s not bland, it’s not simple; it’s exciting.

I should mention that it’s also brushed with ghee, that Indian butter staple, which has a significant presence in the food coming out of this kitchen. They have marked a lot of menu items as vegan, “can be prepared vegan” (meaning, presumably, no ghee) or gluten free. The pea soup had bits of pulverized carrot here and there to keep it interesting. The lentil had some cumin essence, but nothing overwhelming and had a charm that will make it hard to resist on future visits.

The pizza had a house-made tomato sauce that seemed real, nothing like the over-sweetened tomato sauces so common in many restaurants, yet not radical enough to scare off the young diners with us, who loved the small playhouse, complete with coloring books, that was resting in the corner of the dining room. There is a patio outside, but we were eating in the tiny dining room that is like someone’s living room, sitar music playing in the background. At the bottom of our bill was the saying “Love and blessings, beautiful soul.” All that should give you an idea of the vibe here. It’s as far away from a Chili’s as you can get in this universe.

And the pad Thai, the last item brought to the table as we shared this all family style, was not close to an afterthought. The perfectly done noodles were presented with red peppers, green onions, carrots, baby corn cobs, peanut bits, jalapeno strips, bamboo shoots and some sprigs of mint to send it over the top. When the food is this flavorful, you do start thinking, who needs meat to have a satisfying dinner.

Red Dot is about three miles west of the I-5. It’s worth a special journey as the Michelin people would say, especially if you’re a skeptic who believes enticing vegetarian cuisine is not possible. Check it out.