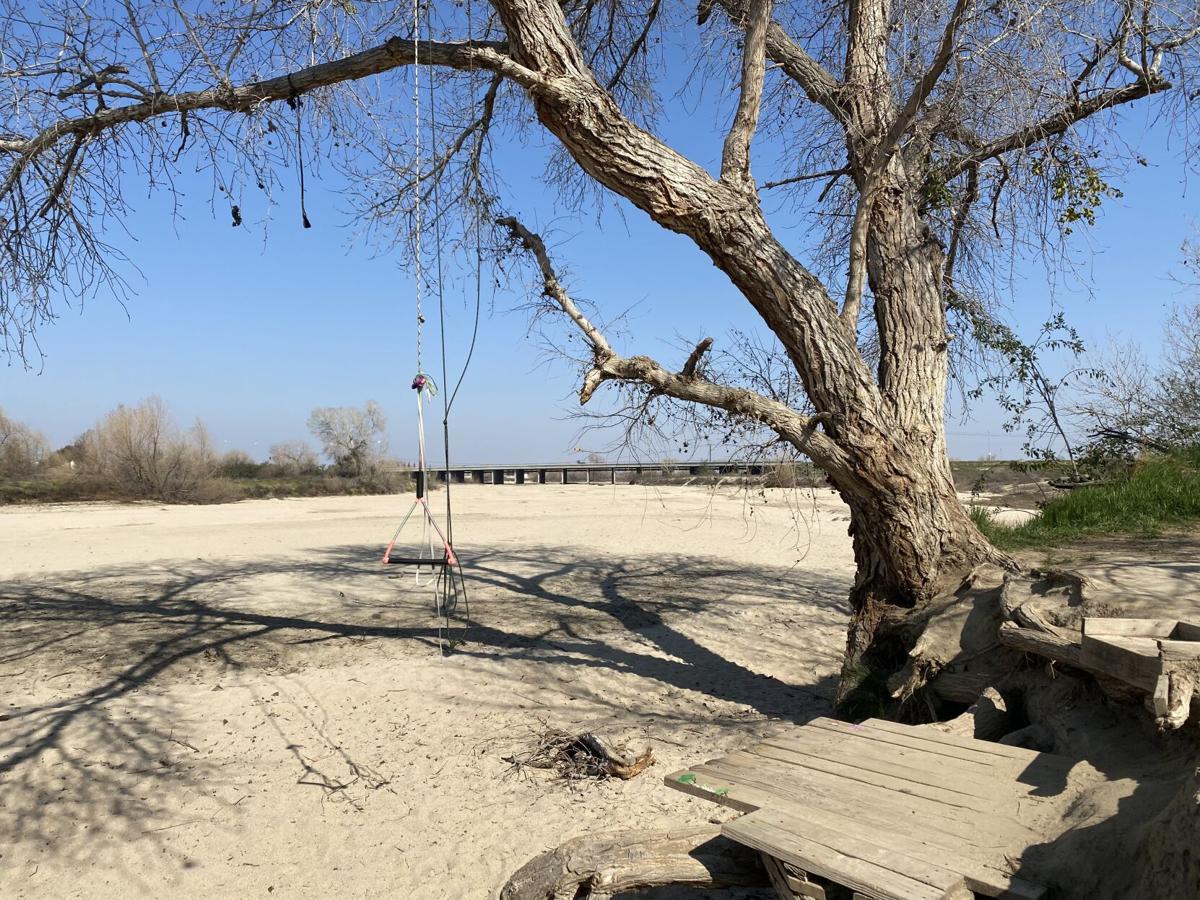 A rope swings over the dry Kern River in this 2020 photo.

It was clear during the first hearing on the Kern River Tuesday that the public has a seat at the table as never before.

Tuesday’s hearing was mostly procedural — setting out which issues would be sorted first and how. Permeating the discussion at nearly every turn, however, was the public trust doctrine, which gives the public a right to natural resources, such as a river with actual water in it.

The state holds that right in trust for the public and must consider it along with all the other rights claimed on the river, something attorney Adam Keats repeatedly reminded the State Water Resources Control Board Administrative Hearing Officer of at Tuesday’s hearing.

“Public trust issues are relevant and should be considered in all phases,” of the Kern River proceedings, Keats said. “Public trust should pervade every decision the board makes.”

The city of Bakersfield has also leaned on the public trust doctrine in its long quest for Kern River water that was deemed forfeited in a 2007 court ruling, saying it would run that water down the river for recreation and to recharge groundwater, which residents rely on for drinking water.

Keats, who represents a coalition of local and other nonprofits, is exclusively focused on reincarnating the now mostly dry river.

To that end, he pushed for things to move more quickly than they have so far, noting the Water Board ruled in 2010 that the Kern River was no longer considered “fully appropriated.”

“A lot of time has passed and water hasn’t flowed down the river,” Keats said. “Delay benefits a lot of the parties in these proceedings. But delay also causes grievous harm to the ecosystem.”

He and Bakersfield’s attorney Colin Pearce argued successfully that the basic question of whether there is any water available should be considered with a view to how that water could benefit public interests such as recreation, improved environment, etc.

First things first, though, Hearing Officer Nicole Kuenzi asked for legal briefs from Bakersfield and the North Kern Water Storage District to lay out the basic history of the forfeited water. She will simultaneously set a new hearing date to discuss whether water is available, and how much, on just that portion of river water. She anticipated that could happen early this fall.

This all stems from a 2007 court ruling that Kern Delta Water District forfeited some of its river water for lack of use. The court kicked the question of who should get that water, if any, up to the Water Board. In 2010, the Water Board found the river wasn’t fully appropriated based on flood waters that have left the county in heavy water years. It left open whether there was water available from what Kern Delta had forfeited. It said those and other questions would be decided as the state processed the six water applications filed by Bakersfield, North Kern, the Kern County Water Agency, the Kern Water Bank and Buena Vista and Rosedale-Rio Bravo water storage districts.

Bakersfield’s stance is the forfeited water is a “new” source of water on the river and the Water Board must assign it to someone. North Kern is arguing there is no new water available. That forfeited water, it says, was taken by junior rights holders, meaning North Kern, per the “law of the river,” a long used tick box of who gets how much water and when.

Kuenzi separated the forfeited water from the question of high-flow water, which comes down the river in flush years and is picked up by users whose rights only kick in during big water years or, sometimes, non rights holders if there’s enough.

While Bakersfield and North Kern battle over the forfeited water, the other applicants are focused on high-flow water.

The high-flow question has become extremely contentious in recent years with the Kern Water Bank accusing Buena Vista of taking more than its rights allow. Water Bank and Rosedale-Rio Bravo attorneys Kevin O’Brien and Jennifer Spaletta, respectively, suggested the Water Board would need to examine Kern River rights all the way back to the 1880s to understand exactly how much water lower river rights holders are truly entitled to.

Unlike other rivers where rights are capped at certain amounts, rights on the Kern are open ended, Spaletta said. “The Water Board has been clear that it wants to know where one right ends so it can determine where the next right begins.”

That prompted concerns from attorneys for Buena Vista and the Kern Water Agency that the Water Board would be crossing into a full-blown adjudication of the river, which can take decades to settle.

After more than an hour of debate, Kuenzi said she would do more research and come back to the parties with a proposed hearing agenda and schedule for the high-flow water issue.