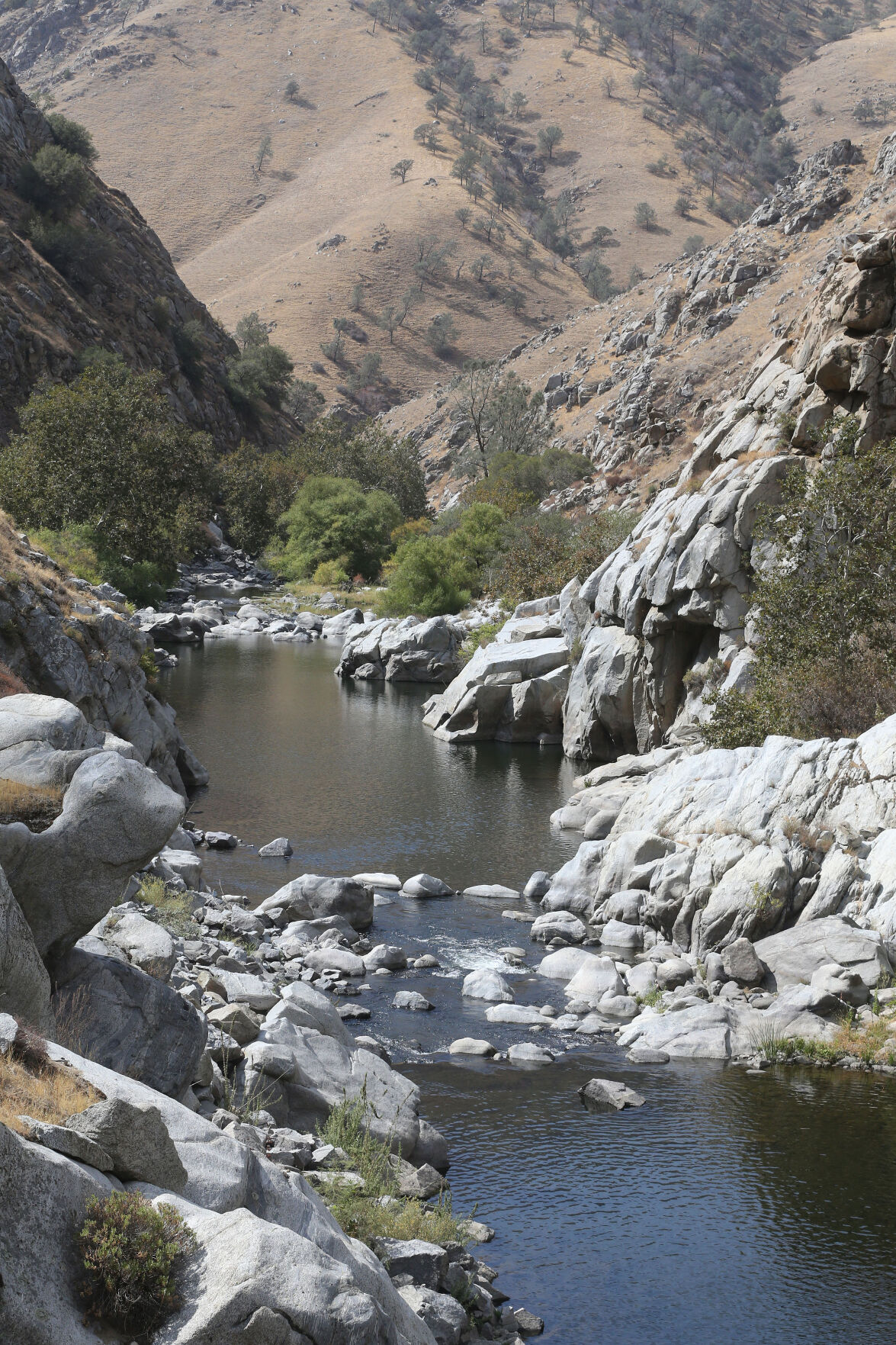 The lower Kern River delivers water from Isabella Lake to water rights holders in the valley, including farming interests and the city of Bakersfield.

“We wanted to do this right,” Hampton said. “The idea is, the hope is, to bring water users to the table and develop a collaborative solution that works for all parties and not take water away from existing beneficial users.”

He said this is an effort to “balance the narrative” in regard to the Kern River, partly as a response to ongoing water rights hearings by the State Water Resources Control Board, as well as in response to the awareness campaign led by local group Bring Back the Kern.

The Water Board is considering whether a 2007 forfeiture of some river water by Kern Delta has resulted in available water on the river and, if so, how much. If water is available, the Water Board will consider several different applications for that water, including one from the city of Bakersfield, which has pledged to run the water down the riverbed through town. Bring Back the Kern supports Bakersfield’s application.

The next Water Board hearing on the forfeited water will be 9 a.m. Dec. 9.

“We’re very concerned about protecting Kern River rights and that people don’t fully understand the benefits of how the river is used and how it benefits farming, urban, recreation and groundwater recharge,” Hampton said.

Though the campaign mentions collaborative solutions, Hampton said those are yet to be developed as the effort is still in its infancy. He invited any interested residents or groups, including Bring Back the Kern, to join the coalition and bring their ideas.

So far, the coalition includes five members: North Kern, grower D.M. Camp and Sons, the cities of Wasco and Shafter and Sierra South, a rafting company in Kernville.

Tom Moore, Sierra South owner, said the Sustainable Kern River group called him and asked his opinion on the river.

“This is first time anyone has ever invited us to the table to give our views and wants and needs and desires on the river,” Moore said.

The rafting community has long sought collaboration with Kern River interests on the valley floor for more reliable releases from Isabella Lake, especially during times of drought. Specifically, rafters have asked that releases from Isabella Dam be timed to create “pulse flows” on the lower Kern during late spring and summer months. But other than for the national kayak trials prior to the 2000 Olympics held in Sydney, Australia, those requests have not been granted.

The website and press release also include comments from city leaders in Wasco and Shafter, which Sustainable Kern River notes are “disadvantaged communities,” stating that the river helps provide for the economic well-being of those towns.

Shafter is joined with North Kern in its application to the state Water Board for that forfeited water.

The launch of Sustainable Kern River was met with considerable skepticism.

“To say you are for a sustainable Kern River and at the same time advocate for a dry river bed, doesn’t seem to be consistent,” said Bakersfield City Councilman Bob Smith, who chairs the city’s water board and supports water in the riverbed. “I think this is a slick marketing campaign by (North Kern).”

Adam Keats, who is representing Bring Back the Kern and other public interest groups at the state Water Board hearings, called the new effort “obvious astroturfing,” in reference to the practice of creating a false grassroots campaign. He added that North Kern and its landowners, “Realize they are on the bad side of the community and history. A true collaborative solution would work from the baseline of creating a healthy ecosystem first.”

For Bring Back the Kern, this new effort was disappointing, said spokesperson Lia Mendez.

“The group is perpetuating the false narrative that we must choose between using water for agriculture and allowing a fraction of that water to flow through its natural river channel,” Mendez wrote in an email. If the group is truly interested in collaboration, she asked, why wasn’t Bring Back the Kern invited to participate?

“Nearly 7,500 people have signed a petition in support of restoring the flow of water to the Kern River. Why would Sustainable Kern River Coalition not want those voices represented?”