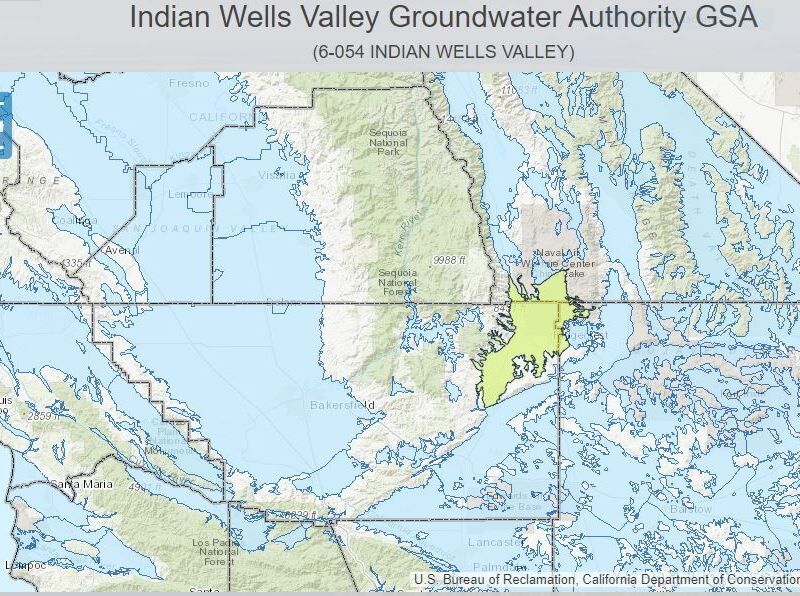 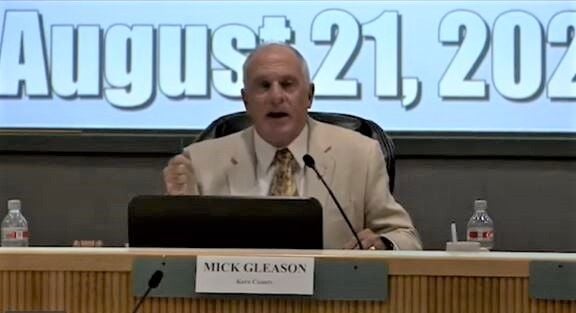 Mick Gleason is chairman of the Indian Wells Valley Groundwater Authority and the Kern County supervisor who represents the area. 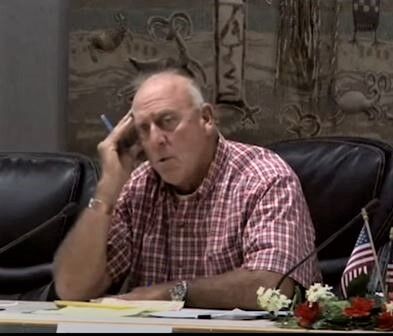 Mick Gleason is chairman of the Indian Wells Valley Groundwater Authority and the Kern County supervisor who represents the area.

If you’ve got water for sale, the Indian Wells Valley Groundwater Authority has $50 million to spend.

Or, it will once it starts collecting a controversial, five-year, $2,130-per-acre-foot pumping fee that was approved by the authority last week.

Specifically, the desert groundwater basin about 100 miles northeast of Bakersfield in the Mojave Desert is looking to buy rights to 5,000 acre feet a year from an as-yet-to-be-determined Central Valley source.

How it will get the water from the valley over the Sierra Nevadas is another question without any answers at the moment.

First, it will have to sort out a thorny groundwater rights issue between two of the area’s largest employers before it can figure out who will pay how much of its eye-popping pumping fee.

This is all part of the state’s mandate that overdrafted aquifers bring their basins into balance by 2040 under the Sustainable Groundwater Management Act.

And the Indian Wells Valley basin is way out of whack.

So much so, the authority’s engineer and water resources manager Steve Johnson called it the most “upside down basin” he’s ever worked with.

That means it’s overdrafting around 25,000 acre feet a year, which is considered critically unsustainable per SGMA.

As part of its sustainability plan submitted to the Department of Water Resources earlier this year, the authority outlined a fallowing program and “transient pool” concept that will likely drive most agriculture out of the valley.

Comments from area pistachio grower Rod Stiefvater did not come in by press time.

The transient pool will offer 51,000 acres of one-time water to qualified applicants to use how and when they see fit.

Once that’s exhausted, however, those groups or individuals won’t be entitled to any more water unless they pay the pumping fee, according to Mick Gleason, chair of the authority and the Kern County supervisor who represents the area.

There are other measures in the plan to recycle water and reduce consumption to get demand down by 12,000 acre feet a year, which still won’t be enough.

The valley will still need to import water, an extremely pricey move.

The authority hopes to raise $50 million through its pumping fee.

About half of that will be paid by residents through a $24 monthly increase on their water bills from the Indian Wells Valley Water District.

The other half was placed in the authority’s plan entirely on Searles Valley Minerals mining company, which employs about 700 valley residents.

Searles uses, on average, about 2,400 acre feet of water in its operations, which produce salt, soda ash and boron, according to Operations Vice President Burnell Blanchard.

And it’s been pumping water out of the Indian Wells Valley consistently since the 1930s, which could mean the authority will have to change its pumping allotment to Searles.

“That gives us prescriptive rights,” Blanchard said of the company’s long pumping history.

In fact, Searles’ rights may be senior even to those of the U.S. Navy.

“Searles has provided us with documentation that appears to show they’ve been pumping, and doing so consistently, since the 1930s,” Gleason said. “I think there should be some accommodation made for Searles.”

The 800-pound gorilla in all this, according to Blanchard, is the U.S. Navy.

“The authority just gave all the water to the Navy” without consideration of other rights, he said.

That gives the base an ironclad federal right to enough water to "fulfill the purposes of the installation,” according to a Department of Justice description of federal reserve water rights.

It has deeded the rest of its water to the needs of its 7,000 workers, who live throughout the valley.

Gleason said the Navy has provided documentation outlining its rights, but hasn’t yet “asserted” them, meaning no court actions have been filed.

He had no idea what would happen in a clash of water rights between the Navy and Searles Valley Minerals.

“The lawyers are meeting on it,” he said.

For his part, Blanchard would be OK with taking recycled wastewater for Searles’ operations, but because of a dispute over where the wastewater facility can be located on the China Lake base, negotiations on that have stalled, he said.

There are potential solutions, he said.

But increasing Searles’ water bill by 7,000 percent, according to Blanchard, isn’t one of them.

The company was just getting back on its feet after a series of earthquakes in summer of 2019 destroyed buildings and infrastructure. Then COVID-19 hit and Searles’ sales collapsed by 30 percent.

“We were already up against a wall,” he said. “We’ve been saying this pumping fee would push us into extinction and we’re not saying that for effect.”

Likewise, the Navy had significant damage to its base and is now putting $3 billion into rebuilding, Gleason said.

Insufficient water would create a serious risk to that investment.

Not to mention, the authority needs help and funding from the Navy and Department of Defense to finish the other half of its water import plan — infrastructure.

The authority has an approved fee for buying the water, but no idea how it will fund and build the canals, pipelines and storage facilities to get the water into the basin.

“I thought night carrier landings were tough,” said Gleason, a retired Navy captain and former commander of China Lake. “They got nothing on California water."

SJV Water is a nonprofit, independent online news publication covering water in the San Joaquin Valley. Lois Henry is the CEO/Editor of SJV Water. She can be reached at lois.henry@sjvwater.org. The website is www.sjvwater.org.

In November 2019, several large pistachio growers filed a legal action against other water users in the Indian Wells Valley to try and force what they believe is a more equitable way to divvy up groundwater in the desert basin.

Though no recent hearing dates could be found on the Kern County Superior Court website, Rod Stiefvater, one of the plaintiffs, said the action is ongoing.

The action doesn’t seek a court adjudication of the basin, which means a judge decides who gets how much water.

Rather its aim was to push a “physical solution” to declining groundwater, according to the complaint.

The action alleges there is enough groundwater in the basin to continue operations as usual if pumpers agree to coordinate draws to manage the water table decline.

The action was filed prior to the Indian Wells Valley Groundwater Authority submittal of its groundwater sustainability plan to the Department of Water Resources.

That document outlines a fallowing program and ramp down in pumping that will likely force agriculture out of the valley.

Pistachio growers like Stiefvater came to the valley between 2010 and 2013 and planted more than 3,000 acres. Water tables subsequently began dropping between .5 and 1.5 feet a year in some areas, alarming the U.S. Navy, which has a large base near Ridgecrest.

In 2015, Kern County rezoned the entire valley so no new ag could come in.

But that wasn’t enough to stop the overdraft as mandated by the state’s Sustainable Groundwater Management Act, prompting more stringent pumping restrictions and steep fees by the area’s groundwater authority.

The problem for Stiefvater and other pistachio growers is SGMA requires pumping allotments to be drawn from the 2010-2014 time frame.

If a grower wasn’t pumping then, or only just getting started, they don’t have an established pumping right.